Disgraced police constable, 56, faces jail for using his position to groom women and sexually assault one of them

A police officer has admitted using his position to groom two women for sexual contact, and indecently assaulting one of them.

Erling Leask, 56, carried out the offences in the early 2000s when he was a constable for Northumbria Police in Newcastle.

He admitted misconduct in a judicial or public office and pleaded guilty to one charge of indecent assault in relation to kissing a victim in a park. 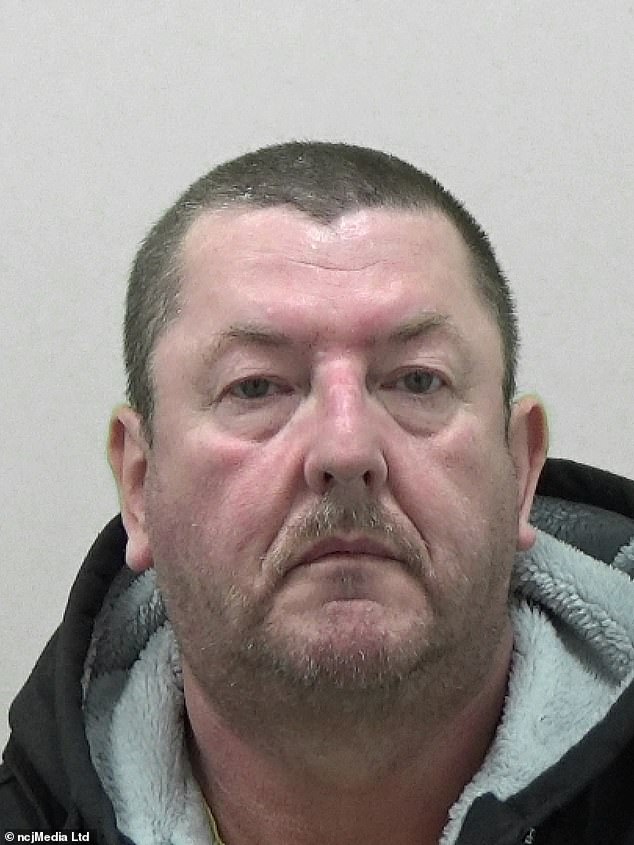 But he denied three counts of indecent assault on the same woman and those not guilty pleas were accepted by the prosecution.

The disgraced police officer, from Cowgate, Newcastle, admitted a similar misconduct charge from 2002 against a second woman and indecently assaulting her by kissing her in a park.

Leask was warned a prison sentence is an option when he is sentenced in August, as his case was adjourned for pre-sentence reports, Chronicle Live reports.

Judge Christopher Prince, at Newcastle Crown Court, said: ‘You will be sentenced on August 20.

‘All sentencing options, including custody, will be available to the court.

‘A pre-sentence report will be prepared in your case and you must co-operate with the preparation of that.’

Leask was further released on unconditional bail until his sentencing hearing.

Superintendent Steve Ammari, head of the professional standards department at Northumbria Police, said: ‘First and foremost, we want to recognise the courage of the victims who came forward in this case.

‘Former officer Erling Leask abused his position of trust and we want to make it clear his behaviour was completely unacceptable.

‘He has not worked for the Force for 15 years, and we want to reassure the public that his actions are in no way representative of the officers and staff who every single day display the highest levels of professionalism and commitment to the communities we are proud to serve.’