A three-year-old boy was rushed to hospital after being attacked by a dog in a busy playground over the weekend.

Daniel Parry said he watched in horror as the animal lunged at his son, Luca, as they were leaving a playground in Liverpool.

The 34-year-old claims Luca was left with ‘teeth marks on his arm and flesh hanging off’ after the attack on Saturday. 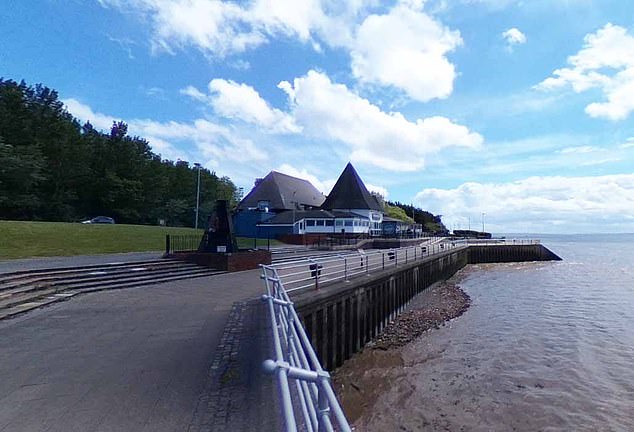 Daniel Parry said he watched in horror as the animal lunged at his son, Luca, as they were leaving the playground in Otterspool Promenade (pictured) on Saturday afternoon

Mr Parry, from Wooton Village in Berkshire, had visited the playground in Otterspool Promenade on Saturday afternoon.

He described the park as a ‘safe haven’ for him and Luca throughout lockdown.

But as they left the area, Mr Parry claims he saw two dogs tied up with their male owner alongside the pets – one of which reportedly lunged at his son.

The owner allegedly fled the scene as workers from a nearby play centre used their first aid kit to stop the bleeding.

He added: ‘There were two dogs strapped up, with a man looking into the playground.

‘They didn’t seem very feisty or anything like that. We walked around them and Luca was next to me, but all of a sudden one of the dogs ran out.

‘But it happened all so fast. I looked at his forearm and he had a big cut, the teeth had gone in and there was flesh hanging out.’ 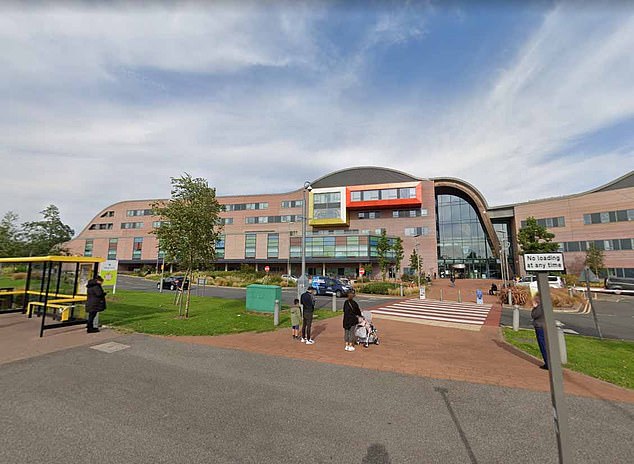 Nearby workers treated the youngster at the scene before he was taken to Alder Hey Children’s’ Hospital for treatment.

The 34-year-old added: ‘He’s ok now and he’s been seen to. But the teeth have gone into his flesh, he’s got a big laceration on his arm and there’s a wound there.’

Merseyside Police said it was investigating the incident.