DOMINIC Cummings has ramped up his all-out war with the Government by accusing ministers of "bodging" a Covid back-up plan after failing to grasp the chilling cost of herd immunity.

The vengeful former No10 chief aide singled out Health Secretary Matt Hancock for not understanding the brutal effects of letting the virus rip. 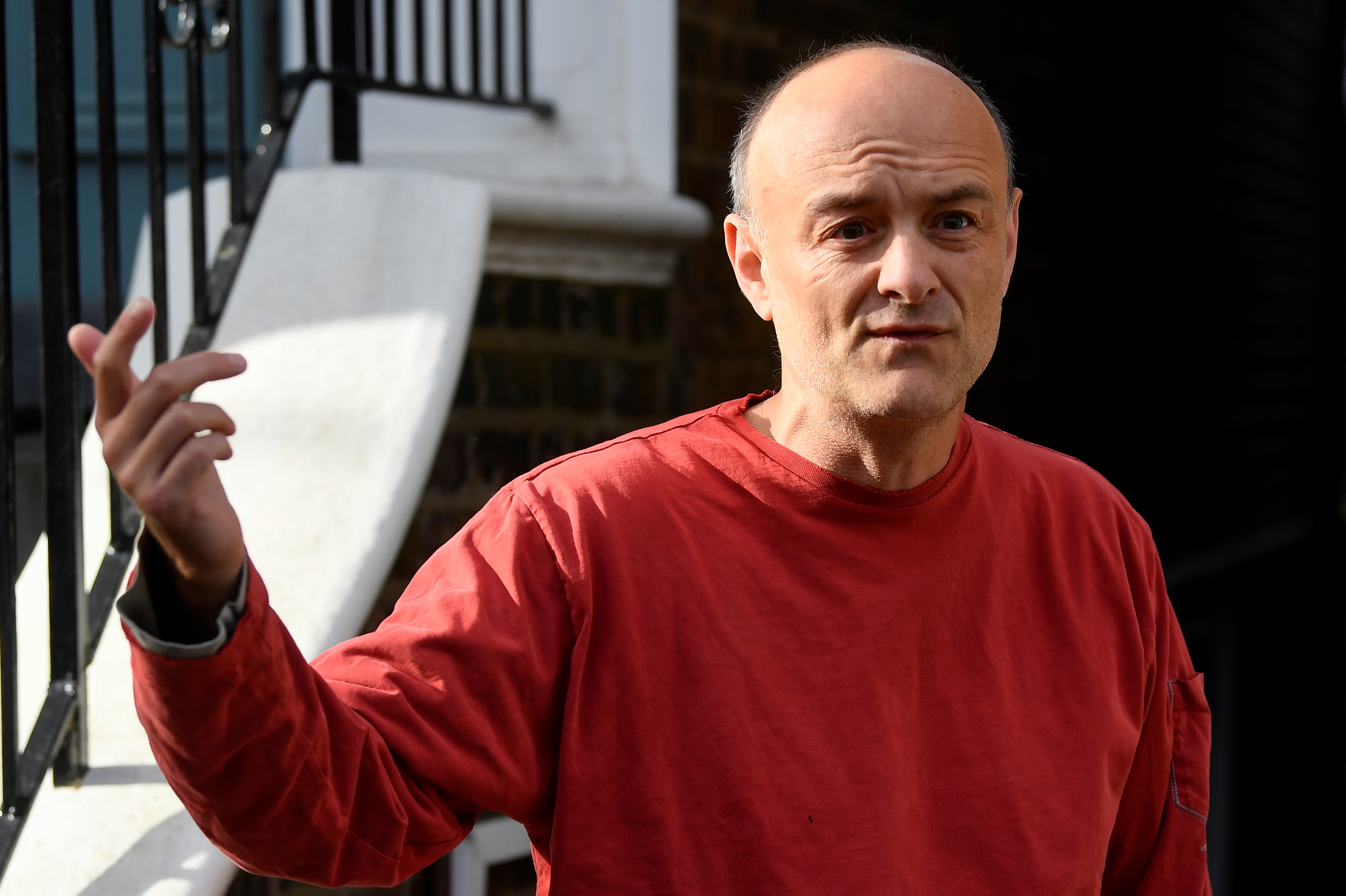 Downing Street strongly denies ever pursuing a policy of herd immunity – but Mr Cummings insists it was the "official strategy".

He said ministers were forced into a "bodged" Plan B after realising it would cause hundreds of thousands of deaths, swamp the NHS and lay waste to the economy.

Mr Cummings stepped up his blistering attacks as he prepared to give evidence to MPs in Parliament on Wednesday.

Boris Johnson's former adviser is expected to use the session to tear strips off the Government's Covid response – of which he was at the heart.

Ahead of the explosive appearance he has fired off a volley of highly-critical tweets taking aim at ministers and officials.

But he said: "In that week it became clear neither Hancock/Cabinet Office understood herd immunity effects."

He posted a striking chart showing ministers were warned a policy of "do nothing" would lead to half a million deaths before July.

After the potential devastation dawned he claimed "a Plan B had to be bodged amid total and utter chaos".

The former Downing Street maverick said this was when the Government changed tack to try to suppress the virus with track and trace.

The Prime Minister then announced the first national lockdown on March 23. 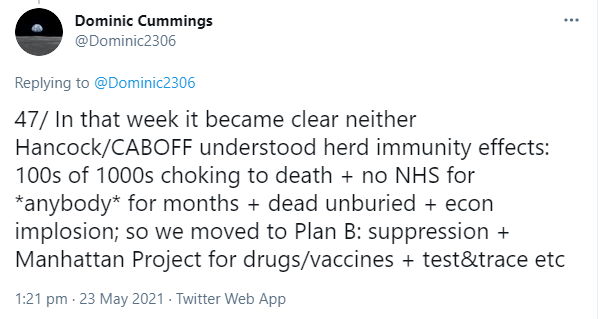 Although Mr Cummings has taken aim squarely at the PM over the past few weeks – including calling his flat refurbishment "possibly illegal" – he said health officials shouldered much of the blame for the crisis handling.

Yet No10 will be braced for a full-frontal assault on Wednesday when Mr Cummings has vowed to present a "crucial historical Covid document".

Mr Cummings, who was forced out last December amid a bitter briefing war, has spent weeks laying into the Government and his old boss.

He has branded Britain's borders "a joke" and implied ministers and officials are incompetent.

A Downing Street spokesman said: 'Herd immunity has never been a policy aim or part of our coronavirus strategy.

'Our response has at all times been focused on saving lives and ensuring the NHS was not overwhelmed. We continue to be guided by the latest scientific advice.'