PLANS to cut the 14-day coronavirus quarantine have been backed by experts after it was revealed just 11 per cent are following the rules.

Dr Hilary Jones is among those who believes that reducing the self-isolation period to between seven to 10 days could be more effective. 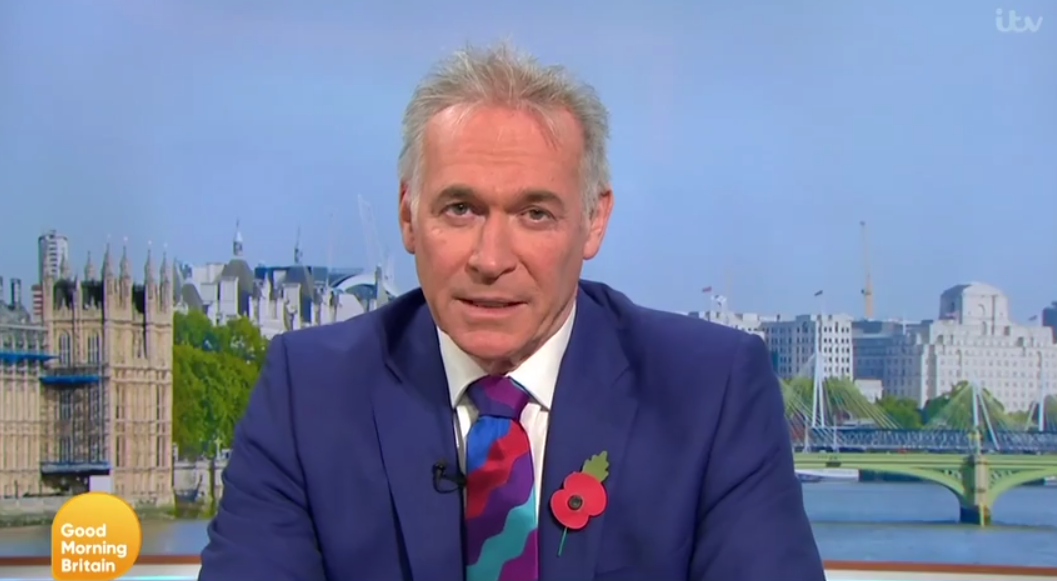 Good Morning Britain's resident doctor told the show today that a shorter time frame would make it easier for people to adhere to.

He said: "In an ideal world, people would be self isolating for 14 days because we know that the longer symptoms can occur after 10 days.

"But what the Sage group are looking at is whether to reduce it to seven to 10 days so people would comply more with self-isolation."

Dr Hilary explained that research by King's College London suggested just 10.9 per cent of those traced as contacts of someone with Covid-19 stayed at home for the full quarantine period.

"It means that it is completely insufficient to control the spread of the virus," he warned.

"If you’re going to have self-isolation it has to be done properly, so reducing it to seven to 10 days would be a compromise.

"So if it helps people to comply and it works better than the current situation then it would be worth doing."

Asked whether he thought that changing the quarantine period would make a difference, Dr Hilary replied: "I think for a lot of people 14 days is a very long time, seven days is doable.

"That is my feeling, that’s not based on any evidence or any science.

"But I think people can take a week off without too much difficulty but 14 days seems like a long stretch for many people so if we can reach a compromise and it’s more effective that we’re currently doing then it would be worth looking at."

Other experts say that reducing the quarantine period would increase the risk of transmission, however, it would be a benefit if it meant more people complied.

Prof Paul Hunter, from the University of East Anglia, said that just 10 per cent of people are likely to develop symptoms after seven days.

He told BBC Radio 4's Today programme: "Only the average incubation period of the disease is 5-6 days and only about 85-90% of people by seven days will have developed illness.

"If you cut that incubation period what would happen is 10 maybe 15 per cent of people who were infectious would ultimately be allowed to be back out in public.

"The problem is that the large majority of people who are supposed to be self isolating after a contact actually aren't, so changing the rules for something that isn't being complied with anyway isn't going to do much."

He continued: "If reducing the two weeks to one week mean that people behave themselves for a week that would have a positive benefit.

"If they were more likely to comply with one week than a two week, that is a big if, it seems likely that more people might but we would really have to wait and see what the evidence is if that change is made."

It emerged over the weekend that officials on the Covid-19 taskforce were considering the possibility of easing the rules for people ordered to isolate.

Ministers confirmed they were looking at reducing the time that people have to quarantine at home from 14 day to between 10 days and a week.

Health Secretary Matt Hancock pointed to France as an example of where a similar measure had been introduced.

He said: "It isn't about the compliance issue. It's about the overall clinical judgement of what time is required for isolation.

"Obviously I'd rather have isolation as short as is reasonably possible because of the impact it has on people's lives, but it must be safe."

It comes as hundreds of thousands more people are expected to be placed under the toughest coronavirus restrictions this week as ministers opened up on how areas could exit their lockdown measures.

Parts of Nottinghamshire look set to be the next to enter the highest Tier 3 alert level in England after discussions carried on through the weekend.

Local politicians have indicated that they expect the new measures could come into force as early as Wednesday.

The council in Warrington in Cheshire has already said it will be joining Tier 3 on Thursday, with Downing Street saying discussions are still "ongoing".