THIS is the dramatic moment a huge brawl broke out at a Sunday League cup final clash.

Shocking footage shows football fans hurling punches at each other and lashing out at rivals as tempers flared. 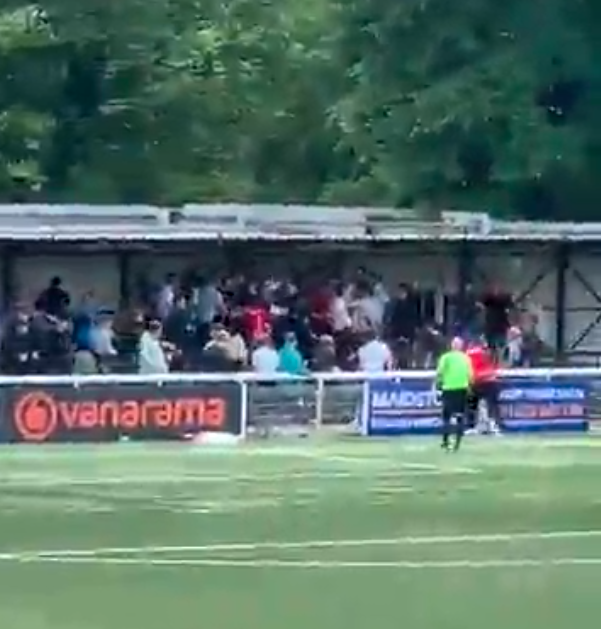 Other supporters shove each other during the Dolphin Kings FC and Chatham Town Sundays match.

Some can be seen struggling to keep their balance as the brawl in the stands grows more violent.

Players from both grassroots teams then leap over a barrier to try to stop the melee at the Kent Cup Final yesterday.

As more players congregate to put an end to the clash, the officials can be heard desperately blowing their whistles.

It is not clear why the fight erupted but it is understood the game had to be halted.

Footage of the fight at Gillingham Stadium was posted on Twitter yesterday.

One person said: "Today at JWW. The 'Kent Sunday Cup Final Variant' is born. This is what happens when you let 01634s mingle with people from Thanet."

Another wrote: " Disgusted with some people’s behaviour today at the Kent Cup Final.. ruined it for everyone else.. and yes I was supporting the losing team at the time too..

"No need for fighting and hope the officials I looked after medically from
@KentFA are ok!"

While one wrote: "Scrapping in a Sunday league game. Good old tear up though".

The Sun Online has contacted the Kent FA and Kent Police for comment. 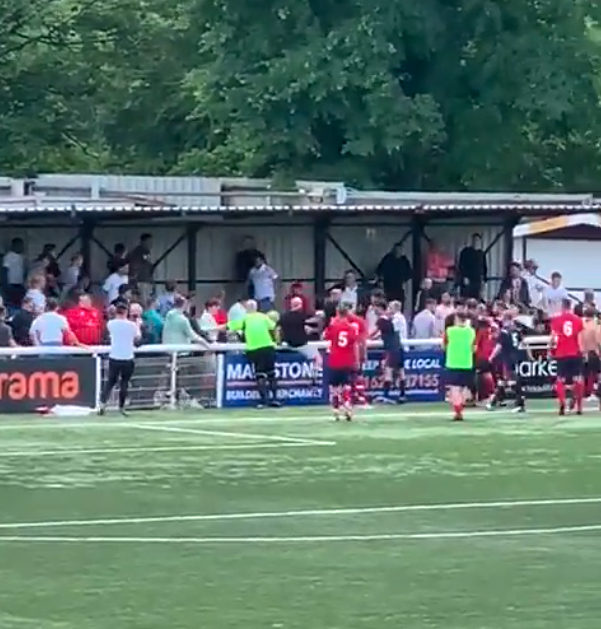 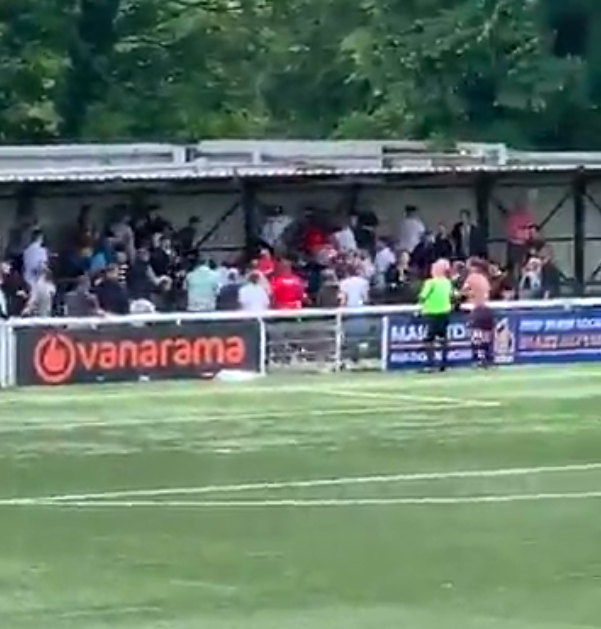