Drinkers use tape measure to funnel gin to eachother in lockdown

No half measures! Drinkers make sure they keep their distance but have fun by funnelling gin to each other along a metal tape measure

This group of men do not do half measures as they hilariously create a gin delivery system using a tape measure.

Ryan Donaldson, 33, from Tampa, Florida, decided to make the ingenious contraption because he wanted to have a drink with his friends during lockdown.

It uses a metal measuring tape to funnel alcohol into their mouths and allows them to socialise at a safe distance. 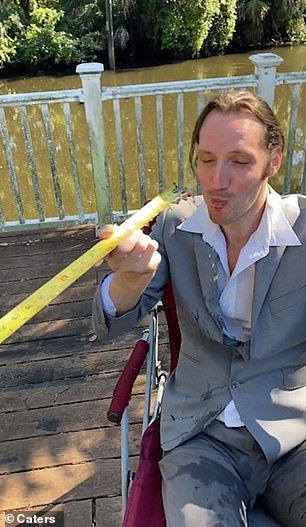 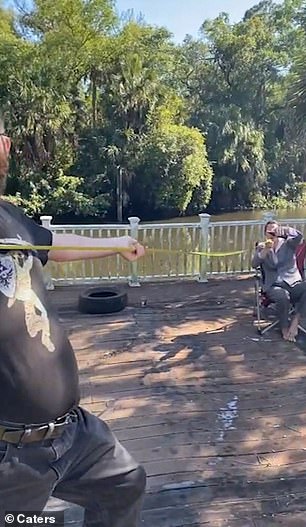 Ryan Donaldson, 33, from Tampa, Florida, decided to make the ingenious contraption because he wanted to have a drink with his friends

The finance and management firm boss’s friend pours gin straight from the bottle onto the tape measure which is propped up on a step ladder.

Some of the spirit spills over the edges but the rest of the liquid slides down the fully extended measuring tape which is propped up halfway down by one of Mr Donaldson’s friends.

The CEO, dressed in a suit, sits on a camping chair and waits to receive the refreshing beverage.

He pours Coca-Cola onto the tape measure too and sips the drink as it pours off the end and sounds surprised when he says the mixture is ‘actually pretty good’. 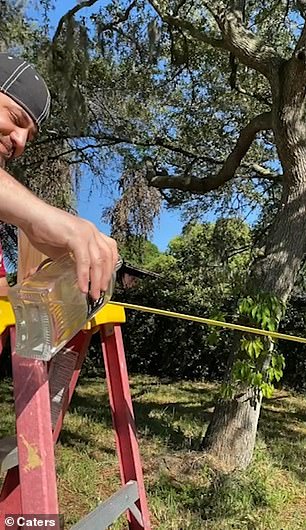 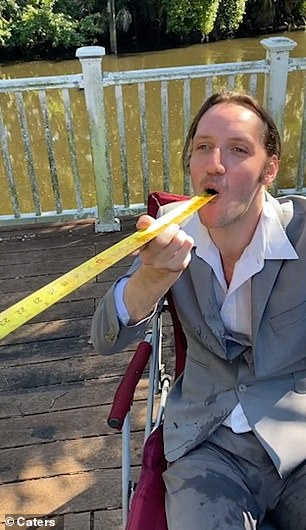 Mr Donaldson’s clever hack meant he and his friends were still able to enjoy a drink together while social distancing.

He told StoryTrender: ‘Using the power of gravity and fluid dynamics, Aviation Gin is being poured down a roll of measuring tape.

‘After a particularly successful meeting I wanted to celebrate responsibly.’