A black Volkswagen forced an oncoming car to stop while overtaking a queue of traffic in Slough before racing the wrong way around a roundabout.

In the shocking footage a black Volkswagen Golf is seen speeding down the wrong side of Wrexham Road in Slough to overtake a line of cars heading for a roundabout.

The reckless driver of the black car clearly doesn’t want to wait his turn at the roundabout though and continues down the wrong side of the road in order to race across the incorrect side of the crossing. 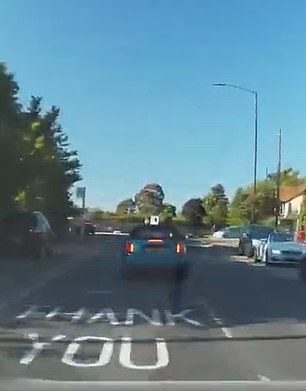 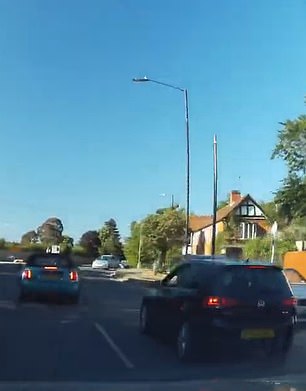 A silver Honda is forced to stop to avoid crashing with the overtaking Volkswagen.

The black car is driving at such speed that a cloud of dust is kicked into the air as the rash driver races across the roundabout.

The dangerous driving was captured by a dashcam by Heavy Goods Vehicle driver Ion Negomireanu, 36, on June 2 as it passed road markings thanking NHS workers for their work during the coronavirus pandemic.

Ion posted the clip online with the caption: ‘What the hell was that?’

Speaking about the footage, Ion said: ‘These kinds of drivers shouldn’t be allowed on the roads.’ 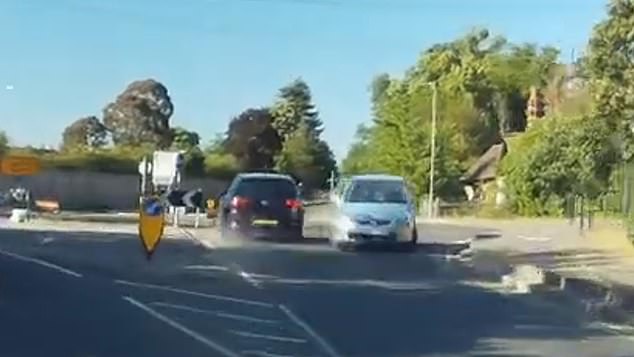 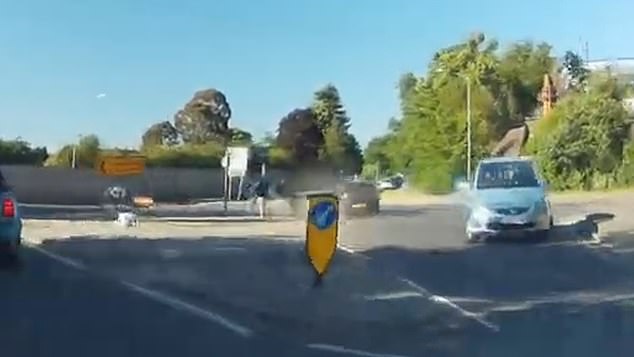 He also reported the footage to Thames Valley Police but they said they were unable to find any record of this incident being reported to them.

Edmund King, AA president, said: ‘This Driver is worse than a kamikaze pilot plotting his own suicide.

‘The only safe place for this driver is being locked behind bars.’

Other people commented on the shocking video.

Richard Mercer said: ‘Either stolen or really needed a poo.’

While Chris Butcher said: ‘Ohh well, you got to love Slough. Fecking muppet.’