THE mummies of 22 ancient Egyptian pharaohs were yesterday wheeled through the streets. 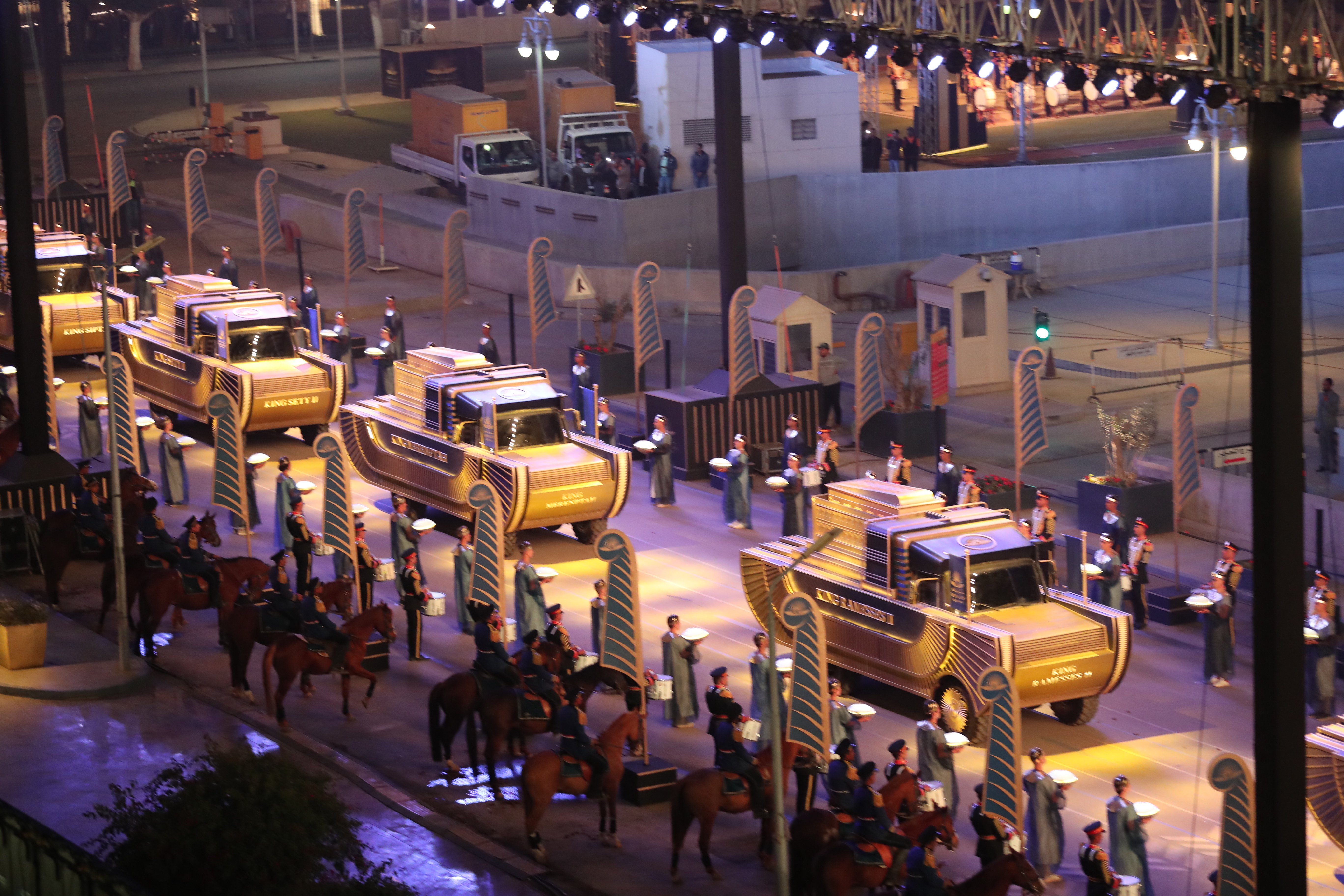 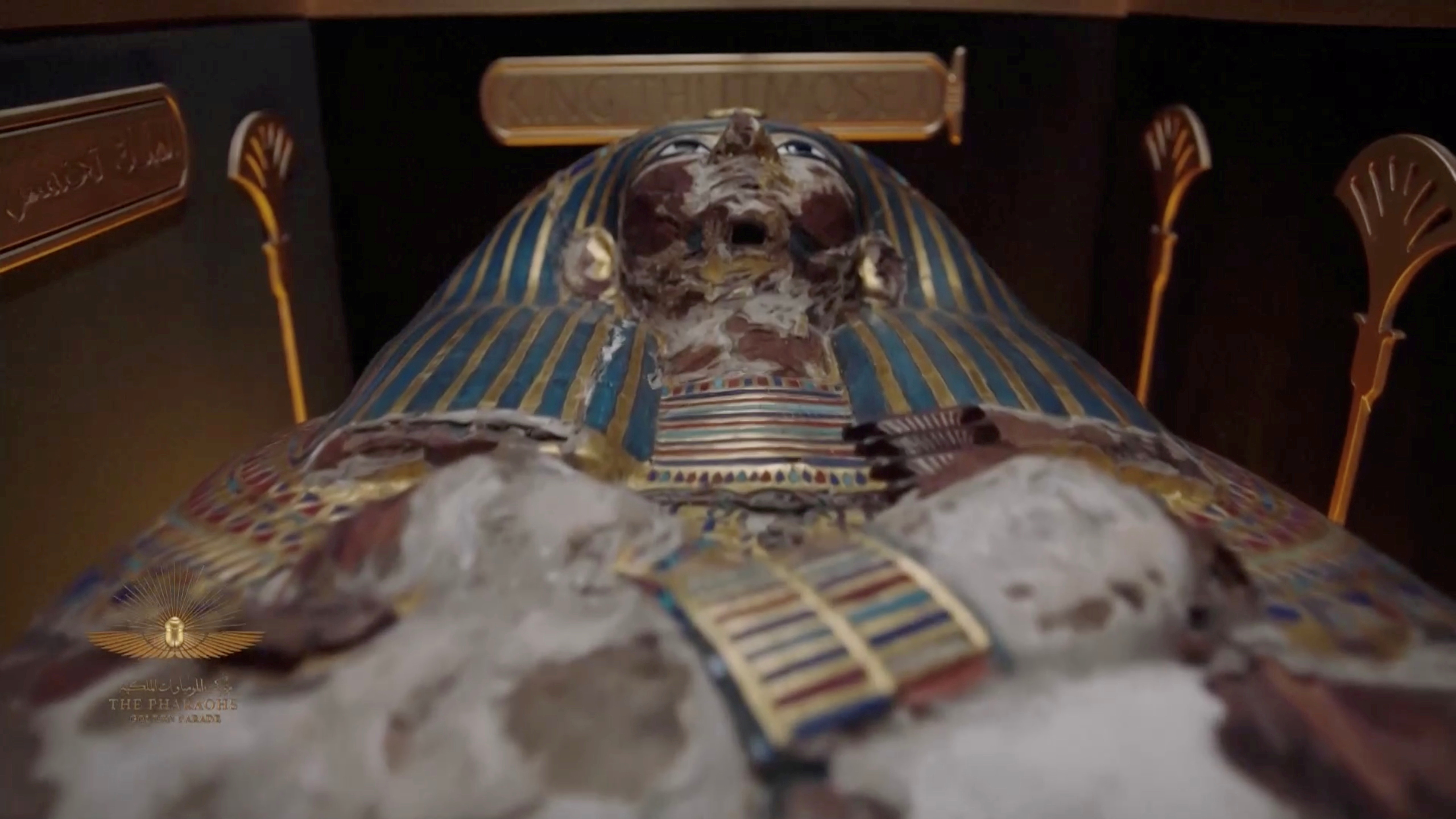 They included the mummies of King Amenhotep I, who reigned from 1526BC, Queen Hatshepsut, the most powerful female pharaoh, and Tutankhamun’s father Akhenaten.

The mummies, up to 3,500 years old, were placed in special capsules filled with nitrogen and carried on cradles for stability. 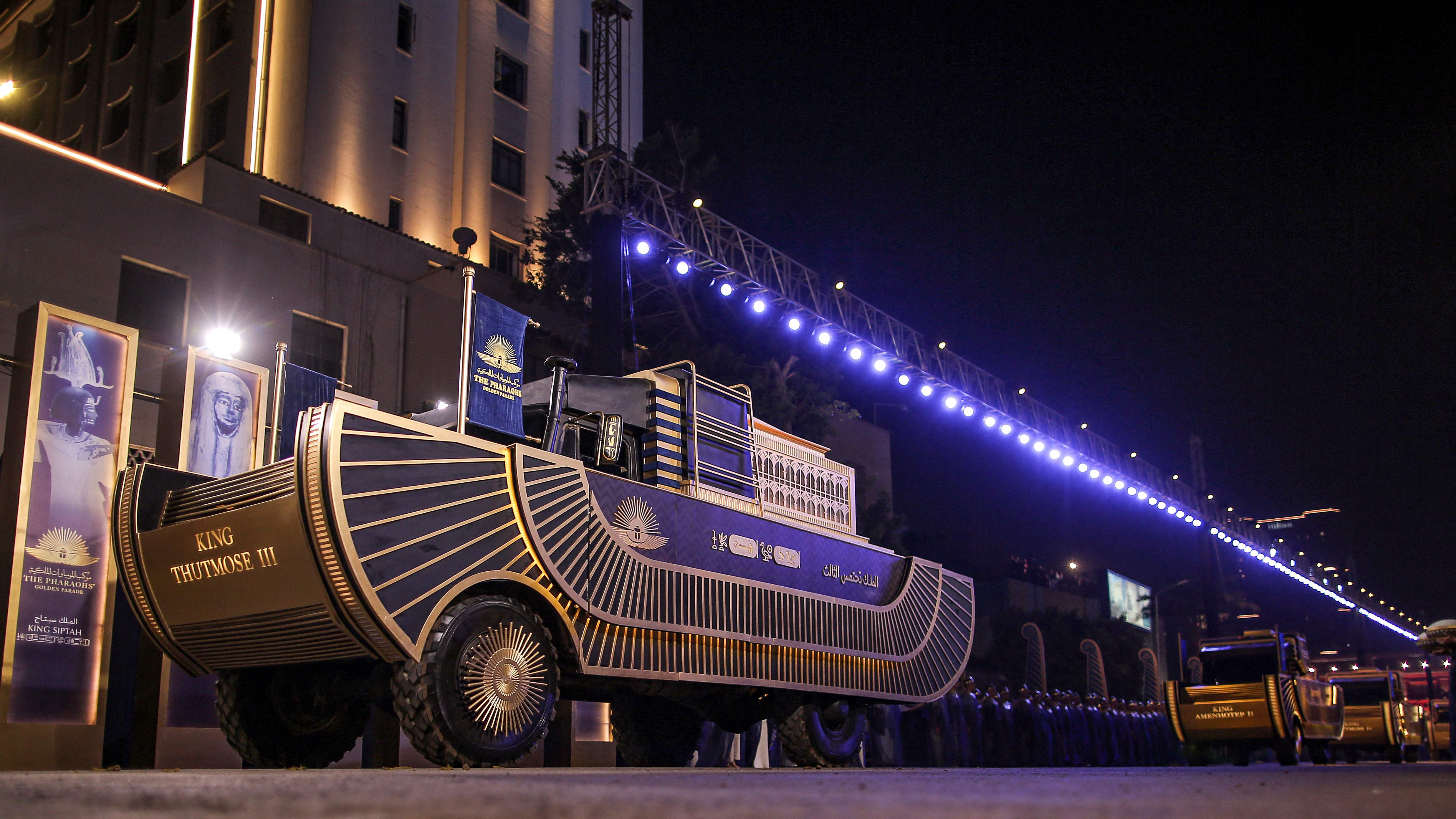 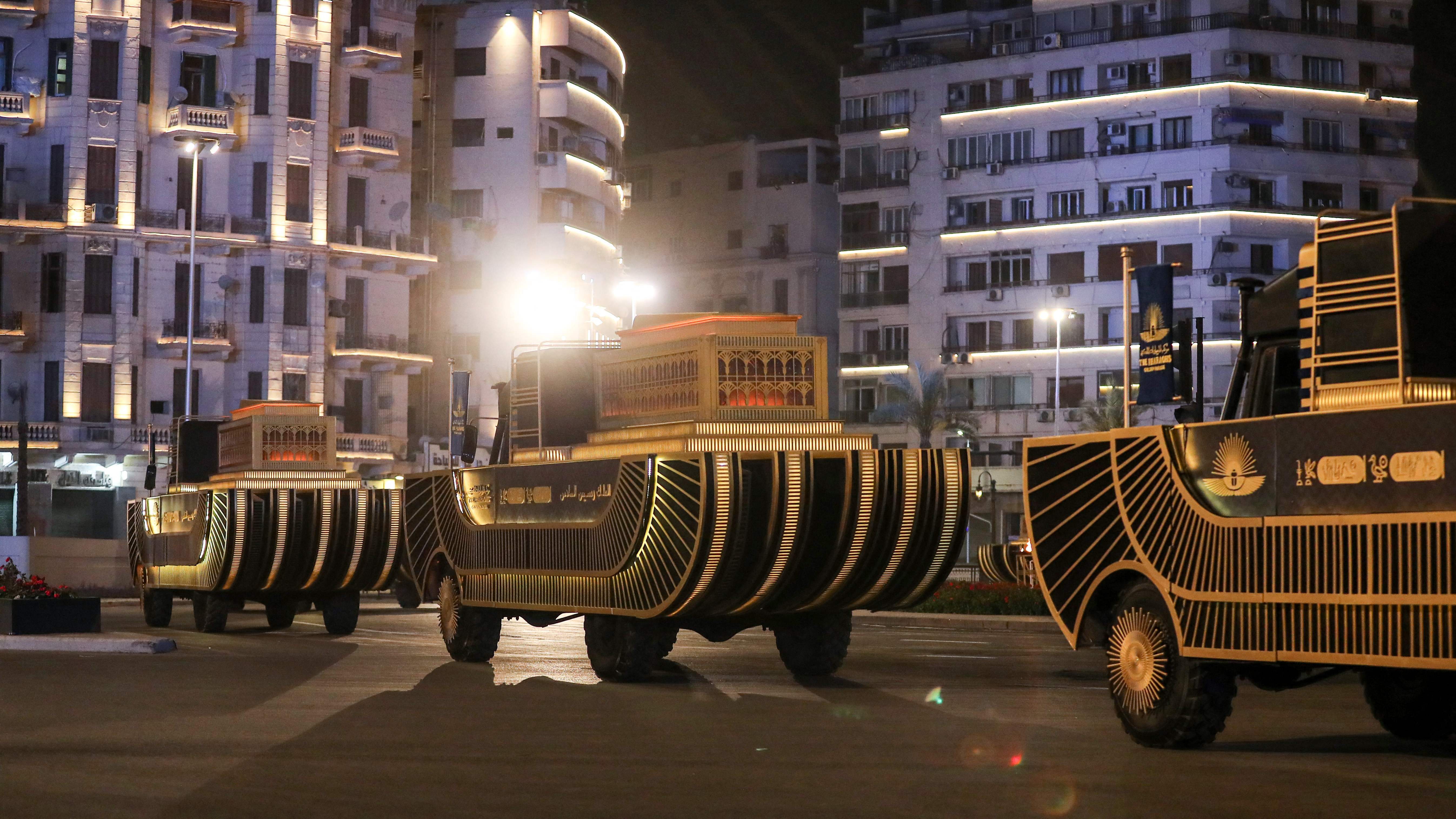 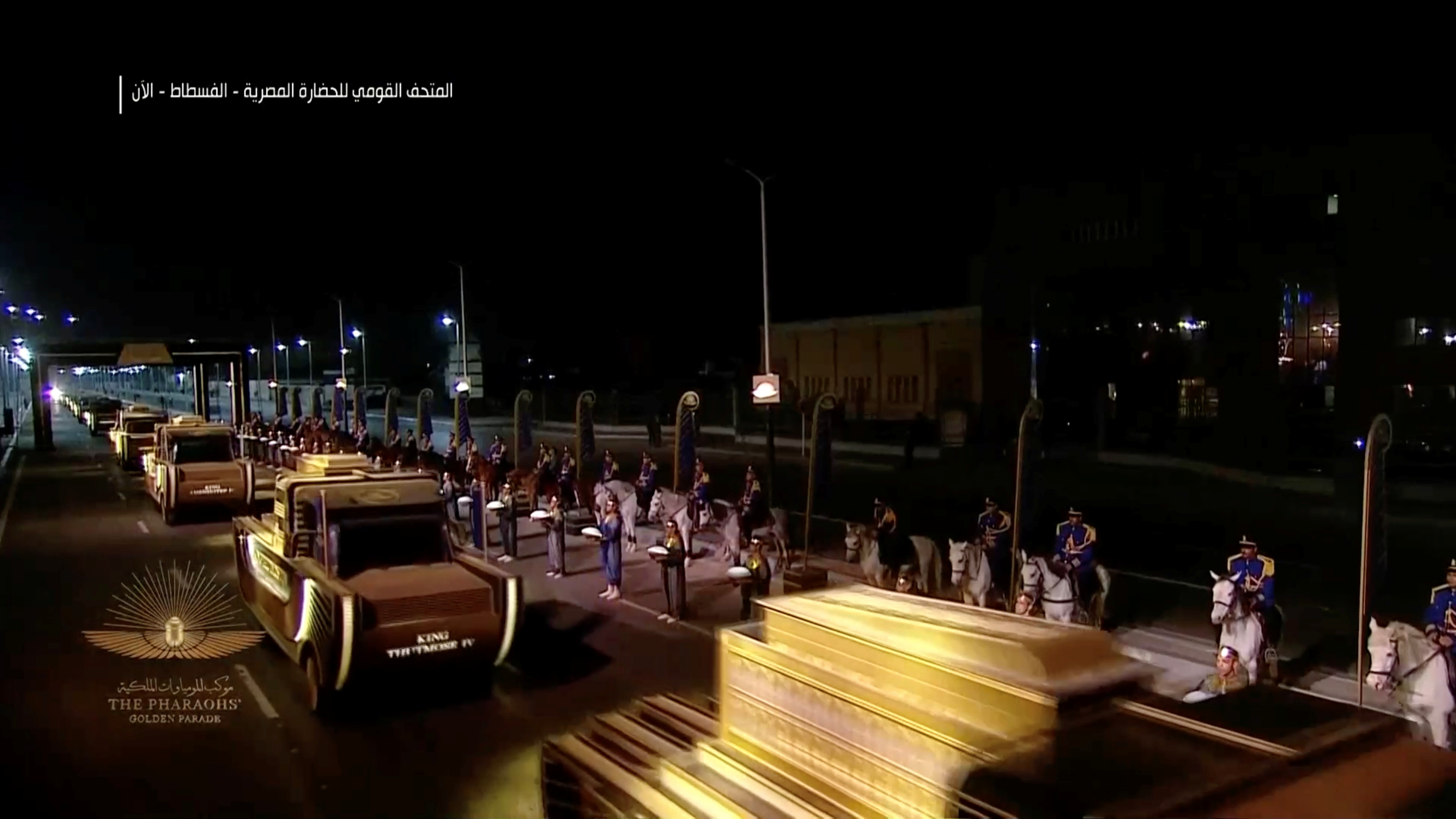 Each was placed aboard a separate float decorated in ancient Egyptian style.

They will eventually be put on display at the recently completed National Museum of Egyptian Civilisation about four miles from their old home.

Egyptologist Salima Ikram said: "By doing it like this, with great pomp and circumstance, the mummies are getting their due.”