Eleven international airline crew members have tested positive for COVID-19 while in transit in Victoria, making the workforce one of the highest transmission risks, the state’s health authorities say.

Victoria recorded no new cases in the community on Sunday, but out of the six new positive cases in hotel quarantine, one was an airline crew member.

The state’s COVID-19 response commander, Jeroen Weimar, said a total of 11 airline crew members had tested positive out of 1600 tested.

Victoria introduced the mandatory testing of airline crew and quarantine in government-managed hotels  on December 23. 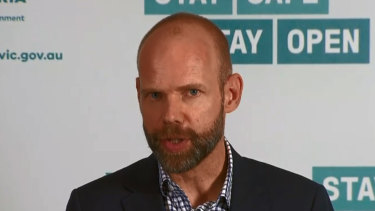 Mr Weimar said at a press conference on Sunday that every international aircrew member arriving in Melbourne was subjected to testing and accommodated for their layover in a dedicated hotel.

Most crew members had one or two days before their next flight and positive cases were repatriated out of the country on a crew-only flight, Mr Weimar said.

He said there were two cases when crew members were on board a plane and conducting pre-flight checks when their test results came back and they were prevented from flying with passengers.

In one case, a crew member was escorted off the flight and into the hotel, and his colleagues had to go into isolation, Mr Weimar said. The passengers, who hadn’t boarded, had to catch another flight. 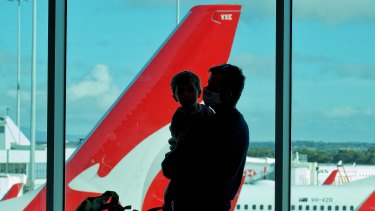 International airlines have objected to Melbourne’s strict rules on the testing of crew. Credit:Luis Ascui

Airlines threatened to suspend flights to Melbourne over the testing regime because of concerns that pilots and cabin crews would be stranded in Australia and no one could fly their planes out.

The regime does not apply to crew who have their next flight within eight hours. That cohort are told to stay at the terminal and not access public areas.

Victoria’s policy dictates that testing should occur within 90 minutes of checking into the dedicated hotel and depending on their length of stay, airline crew will also be tested on days three and day 11. Test results are supposed to come back to flight crews within 12 hours, according to the Department of Health and Human Services.

Since mid-December, NSW has had a policy of accommodating crews in government-managed hotels when the workforce is in transit through Sydney. But Victoria was the only state to require crews to take a COVID-19 test on arrival.