EXCLUSIVE: Revealed: Shabby ex-council flat on tough estate where young Mo Farah was kept as a SLAVE after being smuggled into UK

This is the shabby ex-council flat on a tough estate where a young Mo Farah was kept as a domestic slave after being smuggled into the UK by his captor, MailOnline can reveal.

In his documentary, The Real Mo Farah, broadcast on the BBC tonight, an emotional Sir Mo pulls up outside the flat which he says holds dark memories of his childhood. He points to the window of the flat where he was forced to do domestic chores for the woman who he claims smuggled him into the UK from Djibouti.

Somali-born Sir Mo revealed that his real name is Hussein Abdi Kahin, and that he was given the false name Mohammed Farah by the woman and her husband who brought him to the UK and forced him into domestic servitude.

Mo describes how he was brought to Britain aged nine and claims he was forced to cook, clean and look after younger children by the woman who allegedly told him he would never see his real family again if he told anyone the truth.

Recalling that time, he told the programme: ‘The lady, what she did wasn’t right. I wasn’t treated as part of the family. I was always that kid who did everything. If I wanted to have food in my mouth, my job was to look after the kids.’ 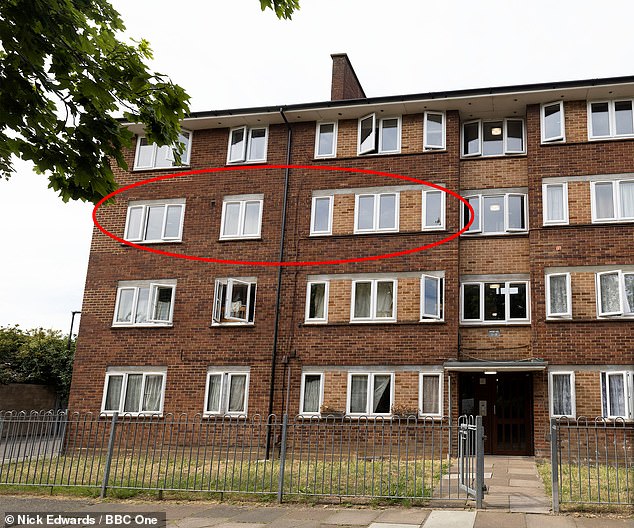 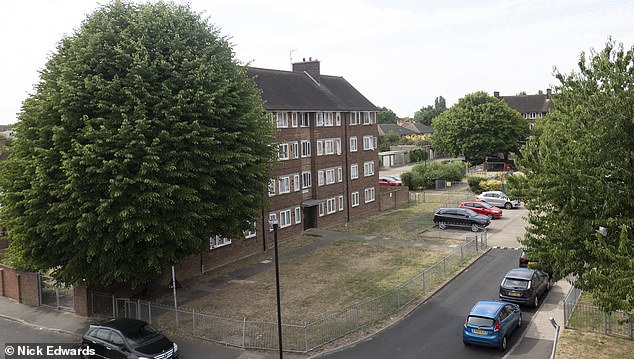 In tonight’s documentary, Sir Mo pulls up outside the flat which he says holds dark memories of his childhood 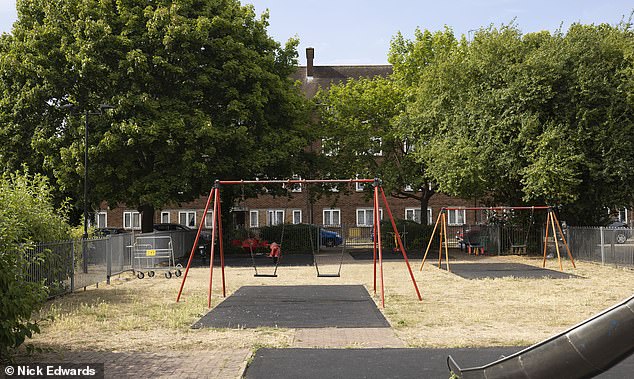 The estate will feature in BBC documentary The Real Mo Farah, following the Olympic champion’s childhood 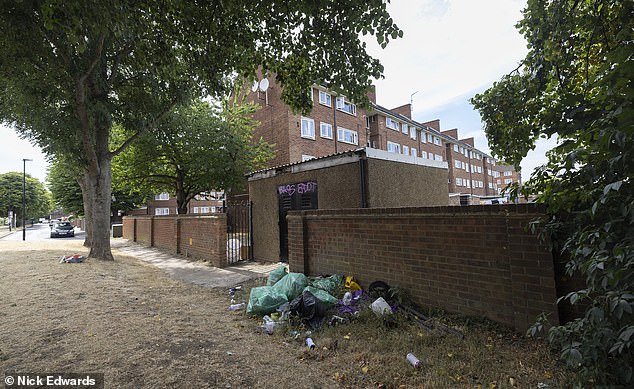 Mo describes how he was brought to Britain aged nine and claims he was forced to cook, clean and look after younger children 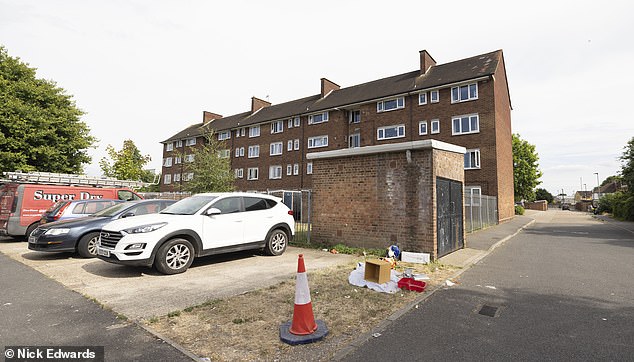 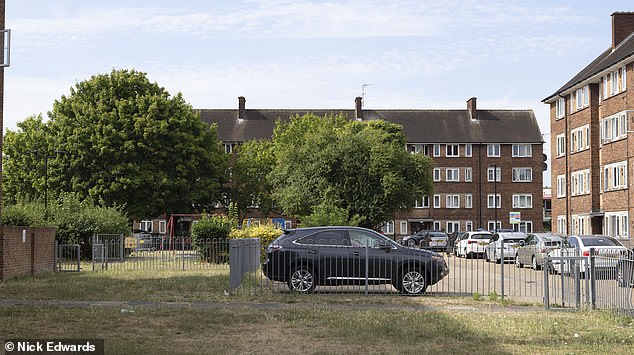 Neighbours say Sir Mo loved playing football in the street and, unaware of what went on behind the front door, paint a different picture of his upbringing 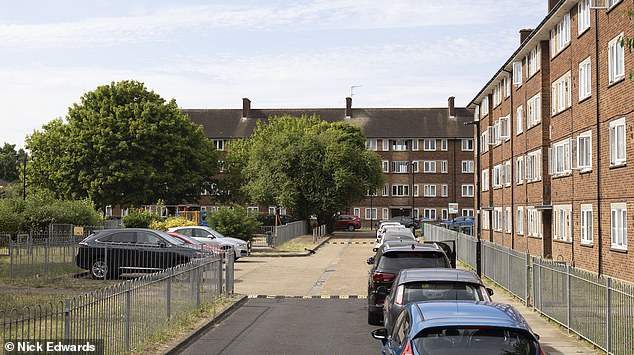 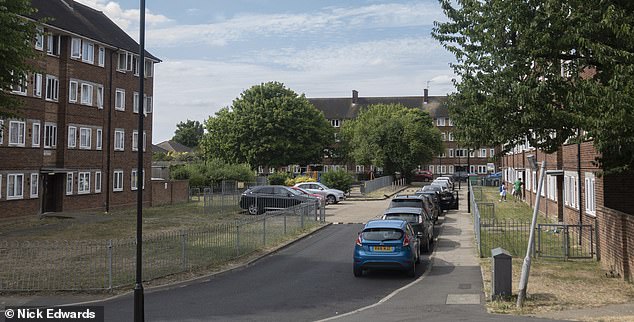 The current owner of the flat in the estate, worth £300,000, bought it from the local authority a decade ago 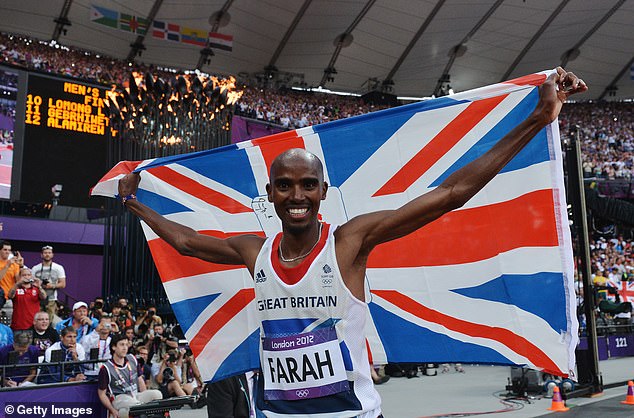 Neighbours on the drab estate in Hounslow, west London, still remember the cheeky future Olympic hero who loved playing football in the street and, unaware of what went on behind the front door, paint a different picture of his upbringing.

‘He was a very sweet young boy who smiled a lot,’ said Angie Skilbeck, 54, who remembered him. ‘I must have known him soon after he came to Britain as I’ve lived on this estate for 31 years.

‘I used to take him football training at the Hanworth youth centre. He actually wasn’t that good, but he had just started running as well.

‘He never gave me the impression that he was having problems at the home where he was staying.

‘I thought the two children he was with were his cousins. One was a boy around his age and a younger girl.

‘I recall that the boy that he used to live with was a very good singer. He wanted to be a popstar. It was around the time The X Factor began on television.

‘I am pleased that he went on to make a massive success of his life. I wouldn’t want to hear a bad word about him. It was always a nice young lad and seems to be a very nice man.

‘Just before the London 2012 Olympics I bumped into him in a store and he was buying perfume for his wife.

‘We had a really good chat and he was really friendly. He remembered me which was nice.’

A school friend Darryl, who grew up with Mo on the tough Oriel Estate where the flat is, said: ‘He was just one of the gang and a very normal kid. We played a lot of football together, had fun and just did the stuff kids do.

‘Mo lived on the estate with a woman and he told us it was his aunty. He also had a lot of cousins living nearby. I’m really shocked to hear the stuff he’s been saying about his life. 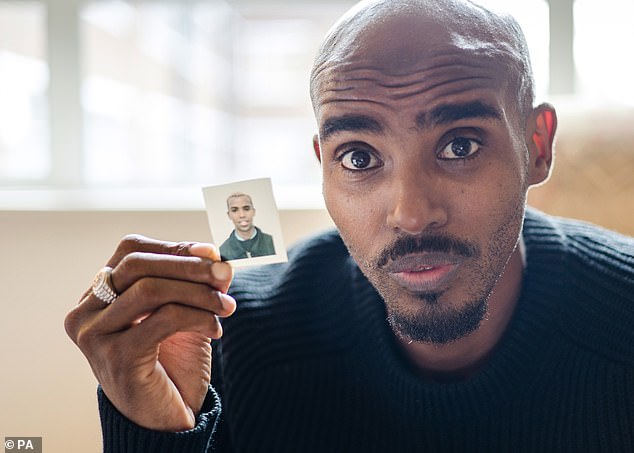 Sir Mo Farah holding up a picture of himself as a child during the filming of the BBC documentary The Real Mo Farah, which airs on Wednesday night 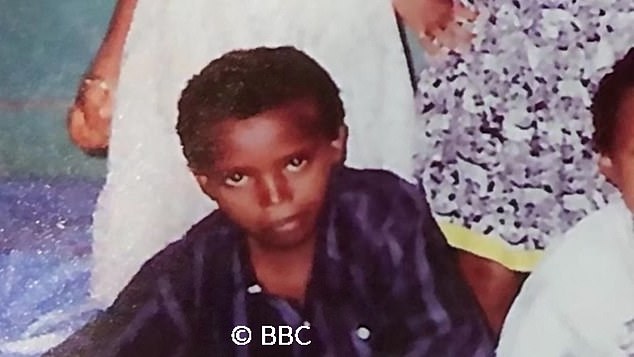 An undated picture of Mo Farah as a young boy in Somaliland before being trafficked into Britain, where he spent his early years in domestic servitude 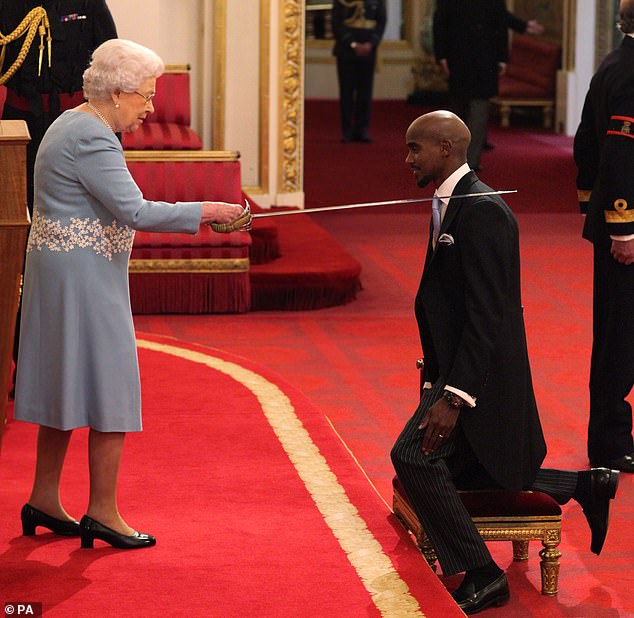 ‘When we were young, he never mentioned being unhappy or mistreated. I’m really surprised that Mo is saying all this stuff now and I’m very confused about what his life was actually about.’

The current owner of the flat worth £300,000 bought it from the local authority a decade ago.

He said the first he knew about the famous former occupant is when TV cameras arrived at the property in November.

In the BBC documentary Sir Mo, 39, says his real father, Abdi, was killed in the Somali civil war and he was sent by his mother to live with an uncle in neighbouring Djibouti, and was then brought to the UK by ‘the woman’.

Describing how Sir Mo came to be in the UK, Kinsi Farah says in the documentary: “My brother, he went into the airport, he says he’s going to collect his children and his wife and you [Sir Mo] come back with my brother. And we were shocked and I said: ‘Who’s this boy?’ because I know my brother’s son and how he looks.

‘And the lady said: ‘This boy, his family, they all died,’ and everyone felt sorry for you and we give you love and accept you how you are.’

The couple who are understood to have initially raised Sir Mo when he came to the UK have previously been named as Mukhtar Farah, 60, and his wife Nimco Farah.

Mukhtar Farah, who is currently in Somalia, told The Telegraph yesterday: “I am not ready for an interview. Maybe next time. I am not feeling well.”

Nimco, who is understood to be separated from Mukhtar, now lives in Southall, west London, where a man describing himself as a relative said she was abroad and “when she comes back we will decide” whether to speak out.

He said it was not true that Sir Mo was trafficked, adding that “in Somaliland there’s nothing called trafficking or child abuse or stuff like that”.

Sir Mo’s former PE teacher has confirmed in the BBC documentary that he was aware of his real identity but agreed to keep it secret after helping his former pupil to find a new home away from the alleged traffickers.

After confiding in his teacher, Sir Mo was sent to live with Kinsi Farah, the sister of Mukhtar Farah, whom Sir Mo says “took me under her wing and welcomed me to her house”.

The real Mohammed Farah, whose identity Sir Mo was given, is one of Mukhtar’s sons by another woman.

Sir Mo is now in contact with the real Mohammed Farah, who friends say lives in Turkey.

Sir Mo is in regular contact with his real mother, Aisha, and his four brothers in Somaliland, a semi-autonomous region of Somalia.

The Home Office has said Sir Mo is in no danger of being deported – despite gaining citizenship under a false identity – because children cannot be deemed complicit in such deceptions.