Ex-nursery assistant, 28, avoids jail after filming herself sitting on 16-month-old twins to make cash by selling video to pervert

A former nursery assistant has avoided jail after filming herself sitting on 16-month-old twins to make money for a holiday by selling the video to a pervert.

Gemma McFee was spared jail by a sheriff because she had been ‘naive’ and was ‘manipulated and exploited’ by a man with a fetish for women sitting on babies.

McFee, now 28, sent seven separate video clips to RAF serviceman Andrew Kerr, who duped the woman into sending him the cruel videos by claiming he was a documentary filmmaker and a stuntman.

She was sentenced to 200 hours community service, placed on a restriction of liberty order for eight months, and under social work supervision for three years. She is also banned from having any contact with any child under 17.

The sentence was handed down at Dundee Sheriff Court last November, but any mention of the case was banned until the resolution of proceedings against Kerr.

McFee, of Barry, Angus, pleaded guilty in October 2019 to assaulting the twins at a house in Arbroath, also Angus, in June 2018. 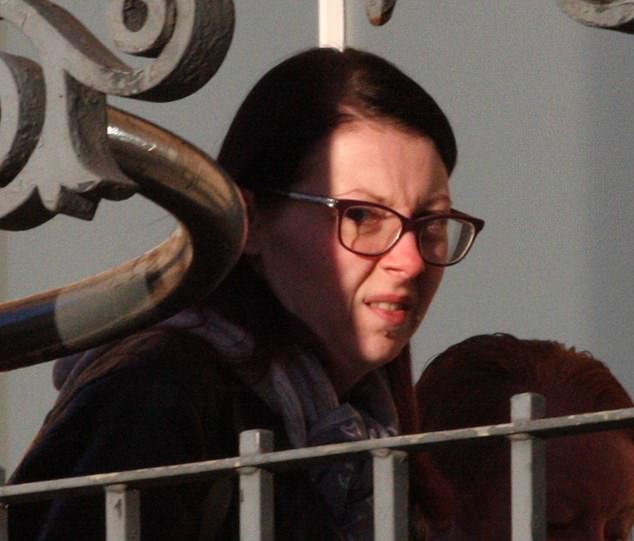 He also admitted attempting to incite a woman in Elgin to assault a child by sitting and standing on them, and possessing child abuse images at addresses including RAF Lossiemouth and RAF Akrotiri in Cyprus.

Sentence on Kerr was deferred for social workers to study a report on him by a psychosexual therapist.

Dealing with McFee, Sheriff Jillian Martin-Brown said it was her view that a non-custodial sentence would achieve the purposes of punishment and societal disapproval as well as give an opportunity for ‘effective rehabilitation’.

She told McFee: ‘Although you committed assaults against two very young children, it’s clear that you did not intend to harm or physically hurt the children.

‘You exercised extremely poor judgement at a time when your mental health was frail and you were experiencing financial difficulties.

‘You were manipulated and exploited by a male who took advantage of your vulnerable state. I think that your relative youth may provide an explanation for your naivety in response to the suggestion posed by the male (Kerr).

‘It is accepted there was no actual danger to the lives of the two children.. Had the assaults continued then their lives would have been in danger, but they did not.

‘No medical treatment was required and you eventually came to your senses and refused the increasingly more dangerous suggestions (made by Kerr).

‘While the psychological impact of the knowledge of these offences when the children are older is unknown, there is no significant physical impact upon them.

McFee, who was 25 and unemployed at the time of the offences, wept openly in the dock as the video clips showing her placing a cushion on the 16-month-old twin babies and repeatedly sitting and putting her weight on them were played in court.

The boy and girl could be seen in severe discomfort, crying and struggling to breathe at times as she applied ‘significant’ pressure. 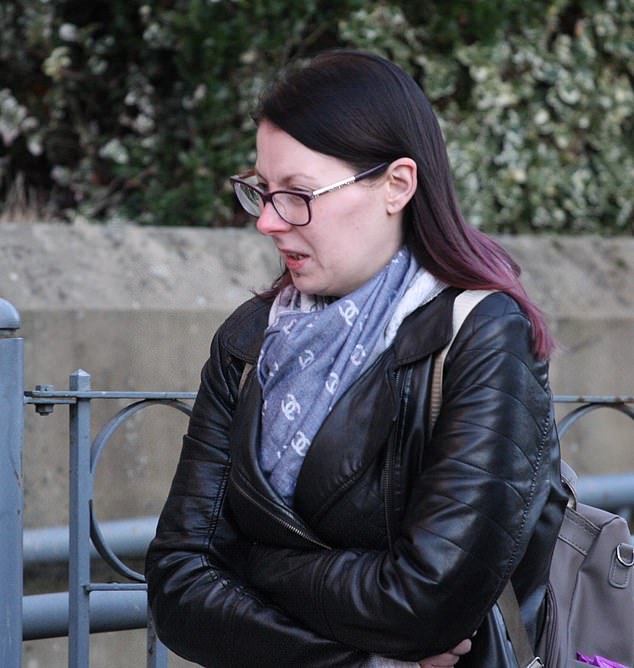 McFee, now 28, sent seven separate video clips to RAF serviceman Andrew Kerr, who duped the woman into sending him the cruel videos by claiming he was a documentary filmmaker

Prosecutor Kirsten Letford said Kerr, who had posed as a film stuntman, had initially paid McFee to stand on him, under the guise of it being for a film.

Mrs Letford said: ‘He then incited her to sit on the babies for payment and from the conversation between them she was a willing participant, for financial gain.

‘He gave her detailed instructions and asked her to send him recordings of the assaults. She would be paid for the clips.’

Facebook conversations Kerr had with the accused were read out in court.

On June 18, 2018, Kerr stated: ‘You can do it on the floor but usually easier to start on the bed or sofa, that way you can apply your full weight.’

He also suggested that she smother the babies, and that she sit on their heads.

Mrs Letford said: ‘When it is clear she is motivated by financial gain he tells her that the higher quality the clips were the bigger the financial gain would be for her, adding that she needed to cover more of the child and put more weight on them.

‘At the time of these assaults, bank statements show she was experiencing some financial difficulties. Throughout the conversation, she continually asks questions about how much money she would receive for making the video clips.

‘At one stage when asked to make another video she stated, ‘Yeah will do. I’m due a holiday so let’s see if I can make as much as possible’.’

In one conversation McFee told Kerr: ‘He really really didn’t like that last one. I’ll have to stop and give him a breather.’

The video clips, ranging from four to 40 seconds in length, were played in court, showing the accused sitting on the bodies of the children and the head of one of them, placing varying degrees of body weight on them.

Mrs Letford said: ‘Each of the children appeared to be laughing and giggling at the beginning, however as she places more body weight onto them they become extremely distressed, crying out and attempting to escape from underneath her.’

Medical evidence showed it was unlikely that the children had suffered any physical damage from the assaults, the prosecutor said.

However had the assaults continued for any longer, doctors said, it would have caused danger to their lives.

Sheriff Martin-Brown said said McFee had ‘fully co-operated’ with the police and could have been required to give evidence against Kerr.

Defending Kerr, John Kilcoyne told Dundee  Sheriff Court that the loss of his pet dog and the death of his mother had coincided with the start of his sick behaviour.

‘He recognises it is very unusual and concerning behaviour and there is a risk of further offending. He had a difficult childhood and it appears this offending commenced in 2012 when his mother passed away,’ he said.

‘He lost his home and he lost his dog and at that time the offending commenced. He was in the RAF for 10 years and has a strong work ethic.