SIMPSONS fans are joking the series predicted the UK's tiered lockdown by comparing it to the huge glass-dome prison featured in The Simpsons Movie.

In the 2007 Simpsons film, the town of Springfield is quarantined under a huge glass dome, at Government orders, to protect it from pollution. 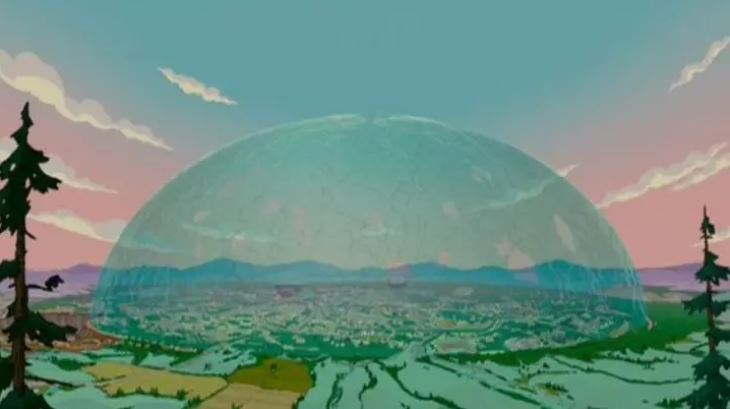 And thanks in part to the film being shown during Christmas week on Film4, fans of the hit TV show couldn't resist likening UK lockdown to the dome-shaped prison that encases the fictional town.

One Twitter user wrote: "Cant wait for Boris to stick the UK in that dome off the Simpson's Movie on Saturday".

And in reference to Covid hospot Kent, which was one of the first high risk areas to be placed into Tier 4, another said: We're going to be placed in the dome from The Simpsons movie next! Kent, Tier4."

Another pointed out the Simpson's Movie was played the day after Tier 4 restrictions were introduced to some areas on Boxing Day.

"Film 4 putting the Simpsons movie on the same day tier 4 gets announced," the post read. 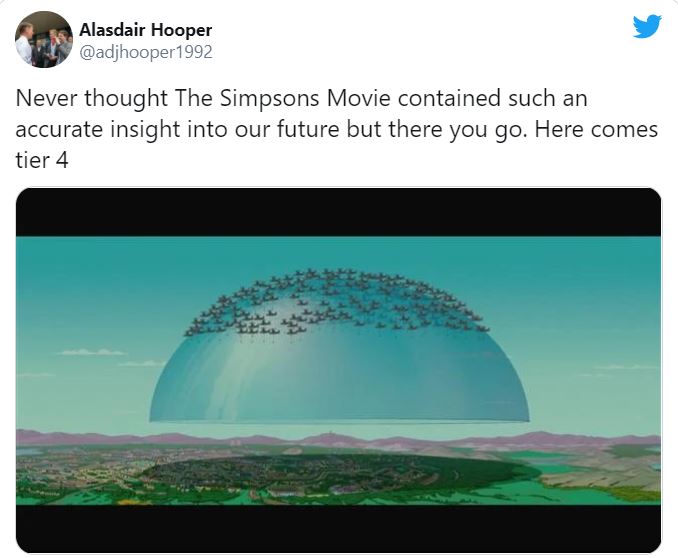 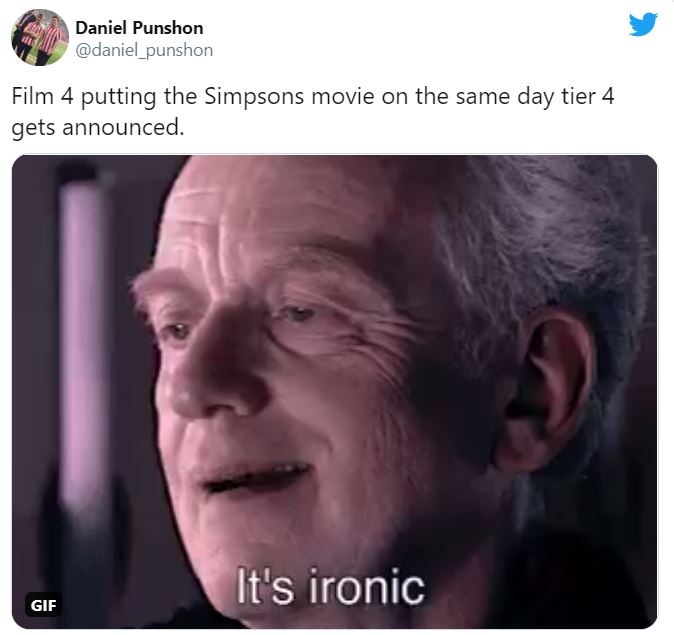 But it's not the first time the hit animated comedy is believed to have made "predictions" about the future.

Throughout its 31-year history The Simpsons has eerily predicted world events – and many believe it foretold the advent of coronavirus.

As coronavirus continues to wreak havoc around the world, fans have claimed the show even predicted Hollywood legend Tom Hanks being diagnosed and isolated.

In an interview with the Guardian, creator Matt Groening said the coincidence of the series predicting a Trump presidency was "beyond satire".

"We predicted that he would be president back in 2000 – but [Trump] was of course the most absurd placeholder joke name that we could think of at the time, and that's still true. It's beyond satire," he explained.

And, after watching a 1997 episode of The Simpsons, theorists believed that the US animated sitcom predicted the 2014 Ebola outbreak.