A father of five battered and throttled his fiancee after she unexpectedly invited his prospective mother-in-law to join them on a caravanning holiday.

Patrick Heaney, 37, was hoping for an intimate break to Wales with bride-to-be Chloe Pallagi – but was enraged when her mother and other relatives agreed to tag along.

During a late night party at the caravan, Heaney, from Ardwick, Manchester grabbed Miss Pallagi by the throat and punched her during a row about the presence of his soon-to-be in-laws.

She was left with bruises on her face, neck and chest following the assault which occurred in front of her six-year-old daughter. 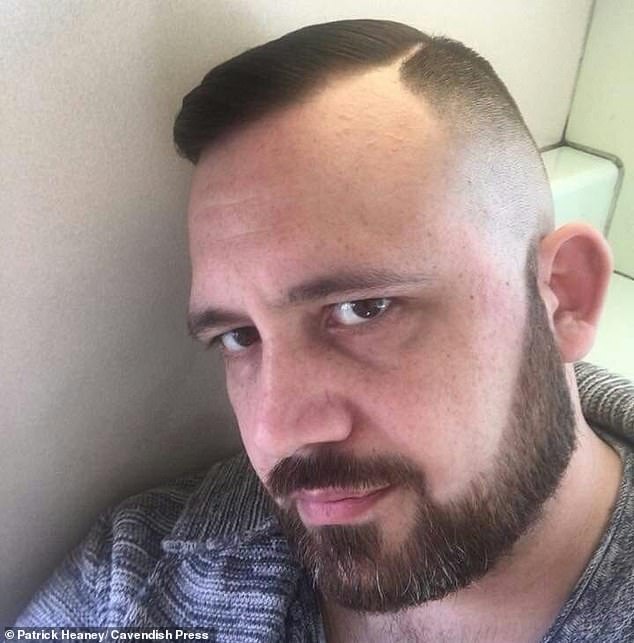 In a statement Miss Pallagi who subsequently broke off their six month engagement told police: ‘I feel guilty indirectly for not having finished the relationship earlier given the direction it was heading in, as I could have prevented my daughter from witnessing what she did.’

At Manchester Crown Court, Heaney admitted common assault and was ordered to pay Miss Pallagi £300 compensation. Prosecutors dropped a charge against him of engaging in controlling and coercive behaviour in a relationship. He was also ordered to complete a two community order and a ‘relationship support’ programme.

The pair met on New Year’s Eve 2017-18 and they moved in together very quickly. Prosecutor Henry Blackshaw said: ‘The defendant and the complainant got into an unhealthy relationship where he to some extent controlled her by checking her social media. He would insist on going out with her and would check her messages.

‘She describes him as having a temper and becoming angry and one time grabbed a knife and stabbed the kitchen cupboard. She said she wanted to leave him but it did not happen. She also describes him turning up at her place of work to confirm that was where she was out of the house.’

The attack took place on July 25, 2018 when the couple went on the caravan holiday and argued over the ‘presence’ of her mum when he thought the holiday was just for themselves. 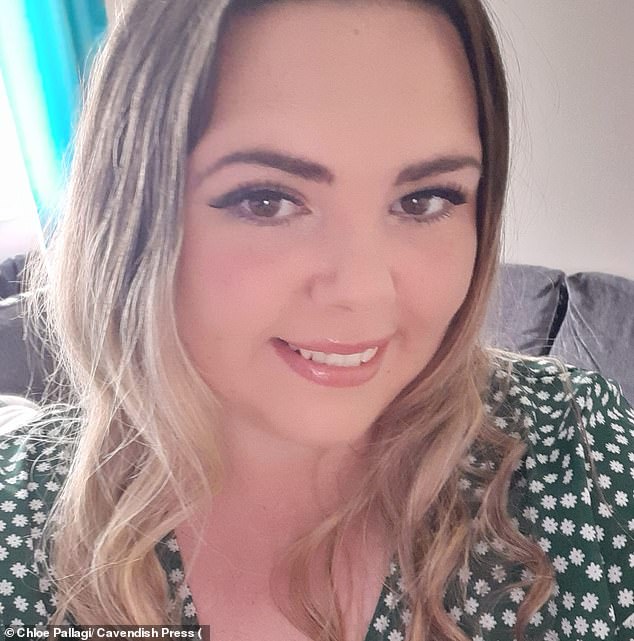 Miss Pallagi was left with bruises on her face, neck and chest following the assault

Mr Blackshaw added: ‘On the evening in question they were having a party and dancing before an argument broke out between them over her family’s presence on the holiday.

‘Things then got worse and the defendant became violent. He began to strike her causing bruising to her left leg, arms and chest. She went to push him away and he took hold of her neck and strangled her which restricted her breathing.

‘Their daughter came out and witnessed what was happening during the violent incident and the assault finished, but the defendant would not leave the caravan. The defendant says she was too scared to contact police.

‘When they returned from the holiday she said the relationship was all over.. She left the property they had been living in and went to live with her mother. She left his belongings in her mother’s garden for him to collect. It was clear she wanted no further contact with him so she called police, and she and other family members gave witness statements.

‘The defendant was arrested in August 2018 and did not accept her analysis of the relationship when interviewed by police. He denied being controlling and insecure. He said it was a spontaneous and joint decision when they decided to get engaged.

‘He said she attacked him and slapped him and that he defended himself. He said she did not have marks or bruises on her the next day and was making the allegations up. He said she bruised easily and had been very distressed when she ended the relationship. The defendant found it hard to see this relationship end.’

Defence barrister Hunter Gray said: ‘On this occasion in July 2018, this came at a time when he had been in a relationship with her for six months and they were engaged. They were on holiday with her daughter and her parents and her grandparents.

‘During the course of that evening he accepts he became upset because she was spending more time on the phone to her mother who was at the caravan park, rather than giving attention to her daughter. This continued in the caravan and he called her a ‘bad mother’ and she retorted telling him to take his own advice and see his own children – he accepted he lashed out.

‘It was a brief incident and came to a stop when her daughter came into the area where they were fighting. He had two drinks that night, he was not drunk, it was a momentary loss of temper and it was out of character and he is genuinely remorseful for his behaviour.

Sentencing Judge Suzanne Goddard QC said: ‘You lost your temper and resorted to violence and when you id not need to react in that way. But many months have now passed since this offence and you have shown you can behave yourself and stay away from her – I trust that will continue.’