Father-of-two, 38, died when his Land Rover ploughed into parked lorry

‘Fatigued’ paramedic father-of-two, 38, died when his Land Rover ploughed into parked lorry as he drove home after 250-mile round trip for a night shift

Paramedic James Burton, 38, from Chester, had worked with the Abu Dhabi National Ambulance Service in the United Arab Emirates since 2014 but returned to the UK last year to be with his wife and two children.

Just three days into his new job as an agency worker ferrying patients across the UK, Mr Burton was feared to have fallen asleep at the wheel of his Land Rover Discovery as he drove home after a 250 mile round trip.

He ploughed into the back of an HGV parked in a lay-by on the westbound carriageway of the A55 near Chester and died at the scene from multiple injuries.

Just two hours before the 6.05am tragedy on November 12 last year Mr Burton had contacted a friend from the A1 near Middlesborough saying he was tried and needed a coffee. 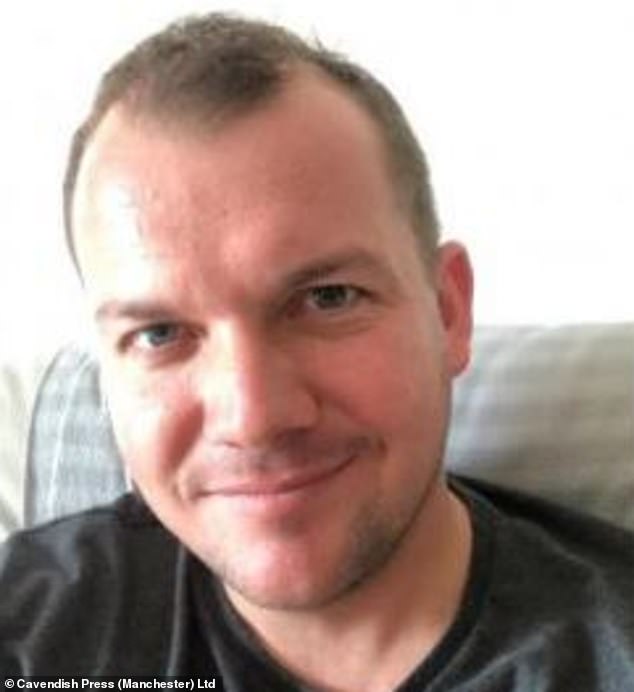 Father-of-two James Burton, 38, from Chester, was driving home when his  Land Rover Discovery ploughed into the back of an HGV

An inquest heard Mr Burton had previously worked for North West Ambulance Service but moved with his family 4,500 miles away to the UAE in 2014 so he could take up a job with the Abu Dhabi National Ambulance Service.

While they had enjoyed their stay in the UAE, Mr Burton’s wife Sandra moved back to the UK in 2016 with the children so her eldest daughter could study for her GCSEs.

In a statement to the Warrington hearing Mrs Burton, a school administrator, said: ‘James remained in Abu Dhabi out of commitment to his job but from the first day he was missing all of us. He did not want to be in the Middle East but he stuck at it to give the family a better life.

‘We would always be Skyping and texting. We talked lots about all sorts but it was a constant theme that James really did not like being apart from the family.

‘I kept James positive and his chin up. He would come home from time to time spending up to five weeks at a time. This was quality time, we had such lovely times doing things that we loved.

‘In early 2019 James passed his postgraduate in Medical Education from Stafford University and in the summer we decided James should return to Chester and take on agency work. He handed his notice in and on 5 November he flew back into Manchester Airport. James was ecstatic to be home and to be with the family.’

While back in the UK, Mr Barton was able to get a job working picking up patients from various locations and began his first shift on November 9.

‘On Monday 11 November he woke about lunchtime which was normal as he was used to spending night shifts on a small amount of sleep. We spent the afternoon together doing family things around the house there was nothing out of the ordinary.

‘At about 9.30pm James left for work and was really happy to be home in Chester. At about 10.10pm I phoned and asked if he was OK and he replied and joked a little about me asking but said he was fine and would take care.

‘At 10.46pm he sent me a message to say he was off to Middlesbrough from Manchester Airport.

‘At 7.31am the next day I sent James a message saying ”hi babe are you OK?” James was no stranger to working shifts and coped well with sleep patterns. The road travelled by James was familiar to him and had travelled along there many times and knew it well.’ 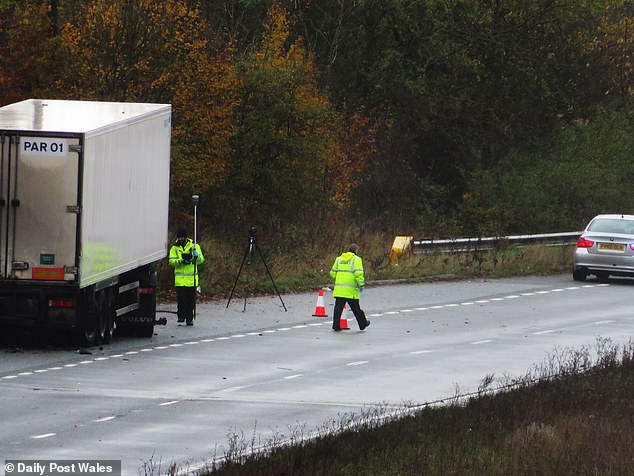 She added: James was a very caring and fun-loving person who would do anything for anybody. He loved his family very much. He always wanted to help people and worked long hours to make ends meet but continued to love his role.

‘He had a really friendly manner and couldn’t help himself when somebody asked for help. I lost count of the number of times James received letters of appreciation from people he had helped.’

A statement from paramedic Stephen Punter, who works in the UAE, said: ‘James was ecstatic about moving back to the UK and couldn’t wait to get home to his family. On 11 November we had been in contact by phone messaging which carried on until about 10.45pm UAE time when I went to bed- which is four hours ahead of UK time.

‘There was a voice message at 4am UK time where James said he was on the A1, his eyes were tired and that he needed a coffee, expecting to get back to base for 5.30am UK time and hopefully home for 6am.

‘Although I replied to James at 4.54 UAE time he did not reply further but I did not think it was unusual as I thought he may have been driving home.’

Meanwhile a statement from paramedic Radoslaw Juras read: ‘James was a really nice person. Even though I felt completely safe travelling and working with James, having since thought about our conversation about his work intentions and the interviews he was having I think he may have just had too much going on and not had enough sleep.

‘I was very much looking forward to the next time we would with together and found it very difficult to understand how the collision could have happened.’

The inquest heard the driver of the stationary Volvo LGV truck and trailer was asleep in his cab but was woken up by the force of the impact which so severe he was thrown from his bunk.

A collision investigation report by forensic collision investigator PC Michael Thompson said: ‘It cannot be ascertained why the Land Rover Discovery left the carriageway and entered the lay-by and collided with the truck. There was no evidence of Mr Burton applying emergency braking.

‘Mr Burton was on his way home after working a night shift which involved driving long distances for a number of hours. Fatigue is a likely contributing factor in the collision.’

Recording a conclusion of road traffic collision, Coroner Heath Westerman said: ‘This was a very, very tragic and deeply upsetting incident involving a much loved family man and a very valuable member of the community.’