The FBI has accidentally revealed the name of a former Saudi Embassy official who is suspected of helping two Al-Qaeda hijackers in the 9/11 terror attacks.

According to Yahoo News, the mistake was made in a recent filing in response to a lawsuit from families of 9/11 victims who have accused the Saudi government of being complicit in the terrorist attacks.

In the document, which was filed in April but unsealed last week, lawyers forgot to redact Mussaed Ahmed al-Jarrah’s name. He was assigned to the Saudi embassy in Washington, DC, in 1999 and 2000.

Authorities suspected that al-Jarrah, whose whereabouts are currently unknown, instructed two people to assist Nawaf al-Hazmi and Khalid al-Mihdhar settle in the US ahead of the attacks.

Al-Hazmi and al-Mihdhar participated in the hijacking of the American Airlines plane that flew into the Pentagon, killing 125. 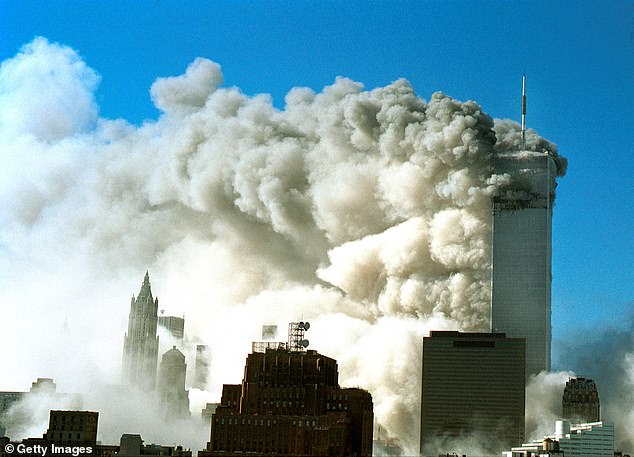 The filings were intended to support the Justice Departments desire to keep the official’s identity secret.

In the declaration, which was filed by Jill Sanborn, the assistant director of the FBI’s counterterrorism division, she refers to a 2012 report which was heavily redacted, but showed two people who were possibly linked to the Saudi government.

Fahad al-Thumairy and Omar al-Bayoumi were investigated for assisting the hijackers while the name of a third man was redacted but he is believed to be a high-ranking government official in Riyadh.

US authorities suspect al-Jarrah of being the ‘third man’.

At the time, al-Thumairy, a Saudi Islamic Affairs official and radical cleric, served as the imam of the King Fahd Mosque in Los Angeles, and al-Bayoumi, was a suspected Saudi government agent.

According to the 2012 report, FBI agents had uncovered ‘evidence’ that Thumairy and Bayoumi had been ‘tasked’ to assist the hijackers by another individual.

In one instance, investigators discovered that al-Hazmi and al-Mihdhar had traveled to Los Angeles in January 2000.

Once they arrived in Los Angeles, al-Bayoumi found them an apartment, lent them money and set them up with bank accounts, according to Yahoo. 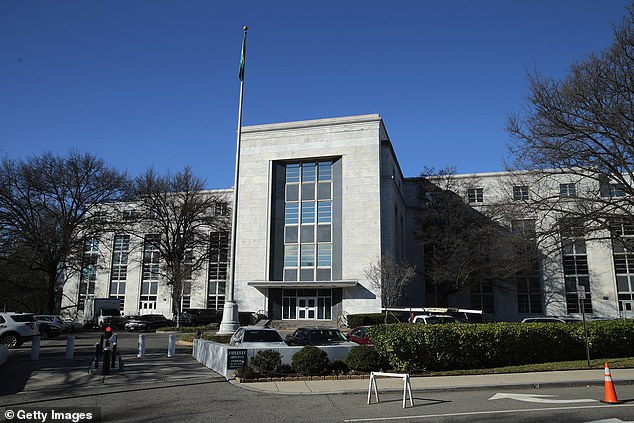 Sanborn’s declaration represents the first public confirmation that the ‘third man’ was a Saudi diplomat.

According to Yahoo, the declaration provides confirmation that FBI agents believed they had uncovered a link between the hijackers and the Saudi Embassy in DC.

Though the FBI has confirmed the disclosure of the official’s name was made in error, the declaration will likely bring up questions regarding possible Saudi links to the terror attacks.

The Saudi government has repeatedly denied any involvement in the attacks.

The 9/11 Commission report found ‘no evidence that the Saudi government as an institution or senior Saudi officials individually funded’ the attacks that al-Qaida masterminded, but the commission also noted ‘the likelihood’ that Saudi government-sponsored charities did.

Brett Eagleson, a spokesman for the 9/11 families whose father was killed in the attacks, told Yahoo: ‘This shows there is a complete government cover-up of the Saudi involvement.

Eagleson has been a part of a long-running lawsuit that accuses Saudi Arabia of providing support for the attacks.

‘It demonstrates there was a hierarchy of command that’s coming from the Saudi Embassy to the Ministry of Islamic Affairs [in Los Angeles] to the hijackers.

‘This is a giant screwup,’ Eagleson added.

The following day, Attorney General Bill Barr disclosed the name of the third man to the survivors’ attorneys but the name was never publicly released.