FBI Director Chris Wray has blasted the deadly Capitol riot as "domestic terrorism" and said the homegrown threat is on par with ISIS.

The director was speaking during a Senate hearing on Tuesday morning. 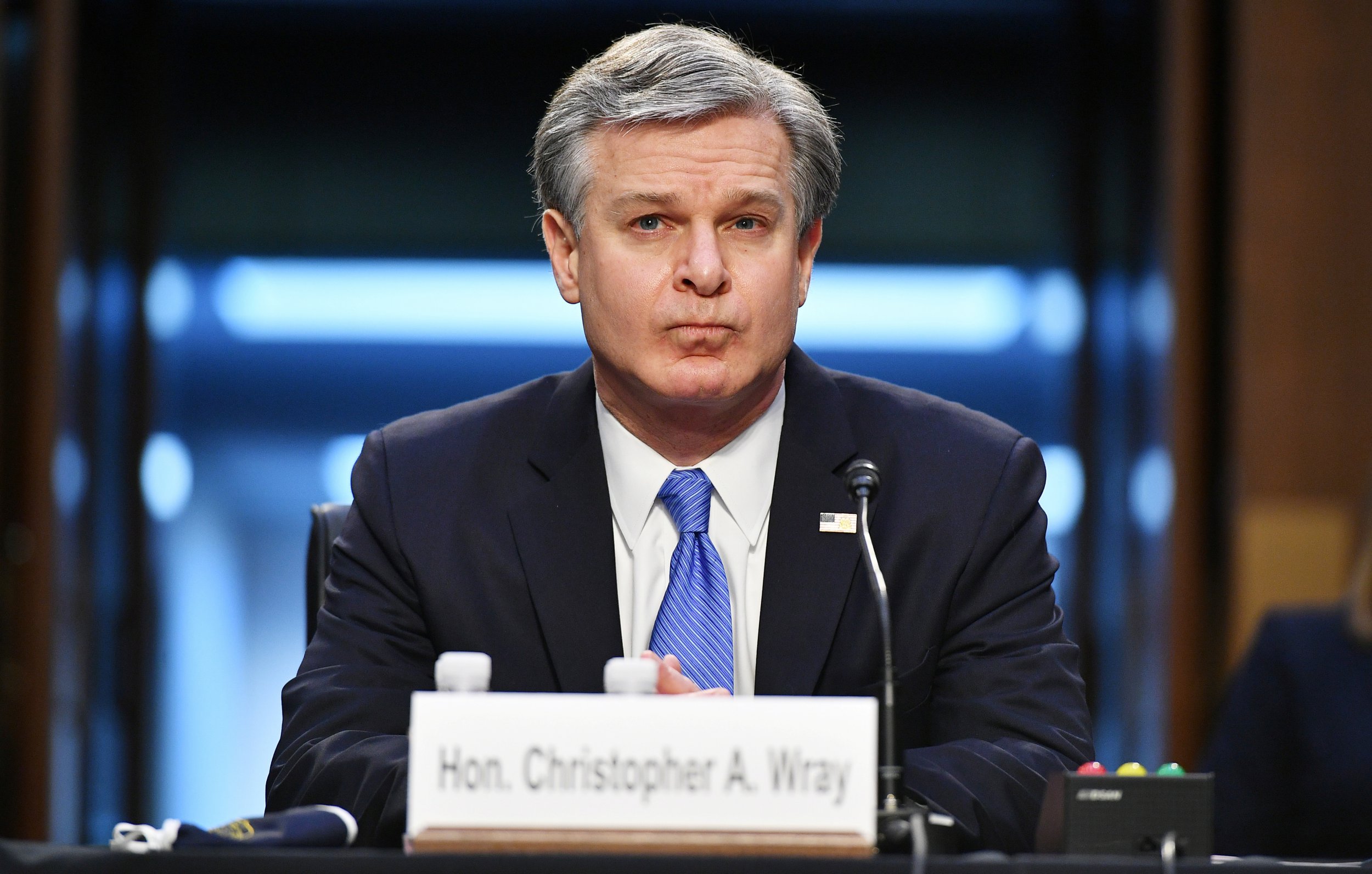 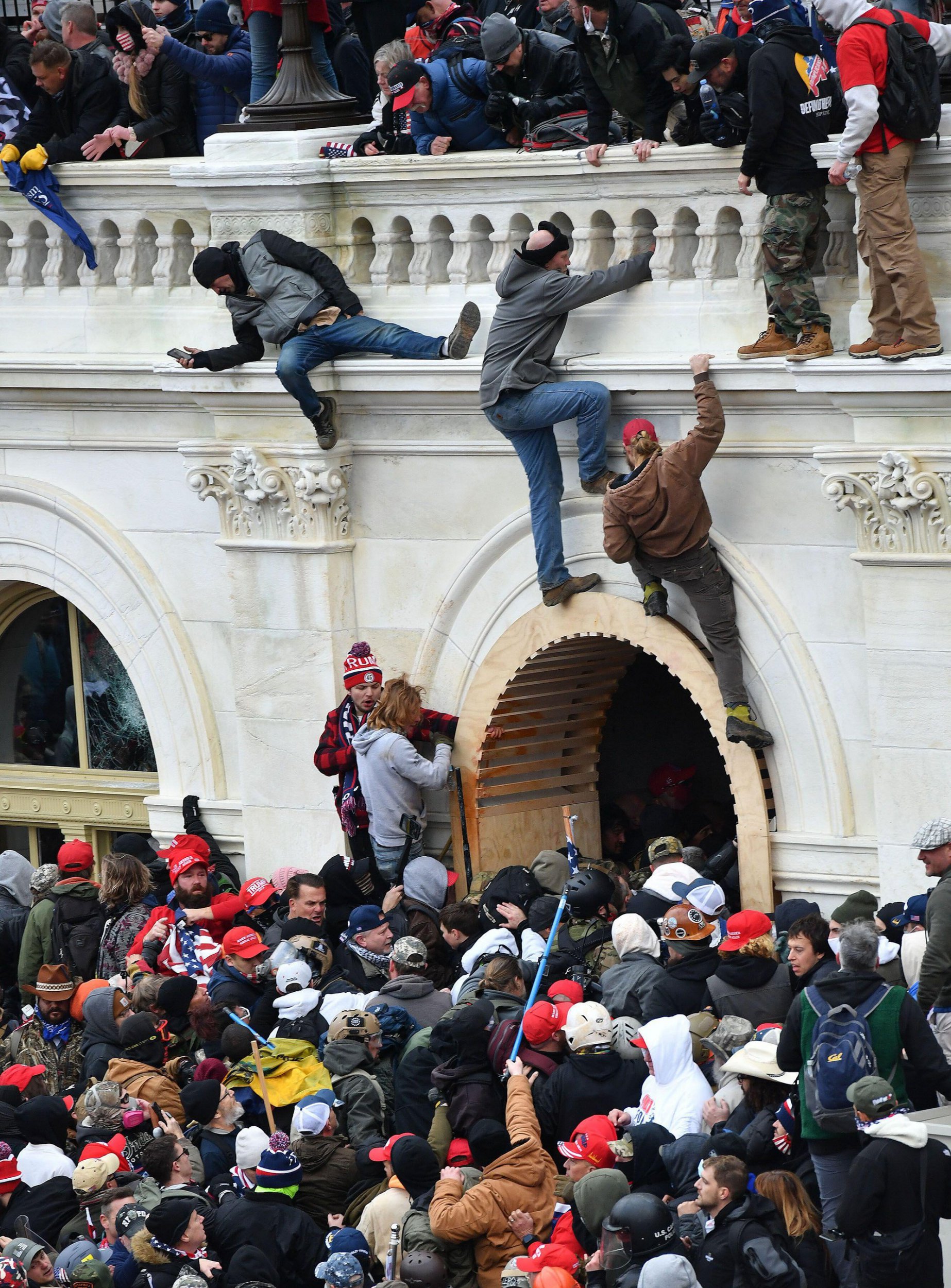 "We view the events of January 6 as domestic terrorism," Wray said. "It's got no place in our democracy, and tolerating it would make a mockery of our country's rule of law."

Wray added that domestic terrorism is a "critical threat" for the FBI.

"In fact, we viewed it as such a critical threat that back in June of 2019, under my leadership, we elevated racially and ethnically motivated violent extremism to our highest threat priority on the same level with ISIS and homegrown violent extremists," he said.

Earlier this year, hundreds of Trump supporters stormed the political hub following a rally that the former president held. 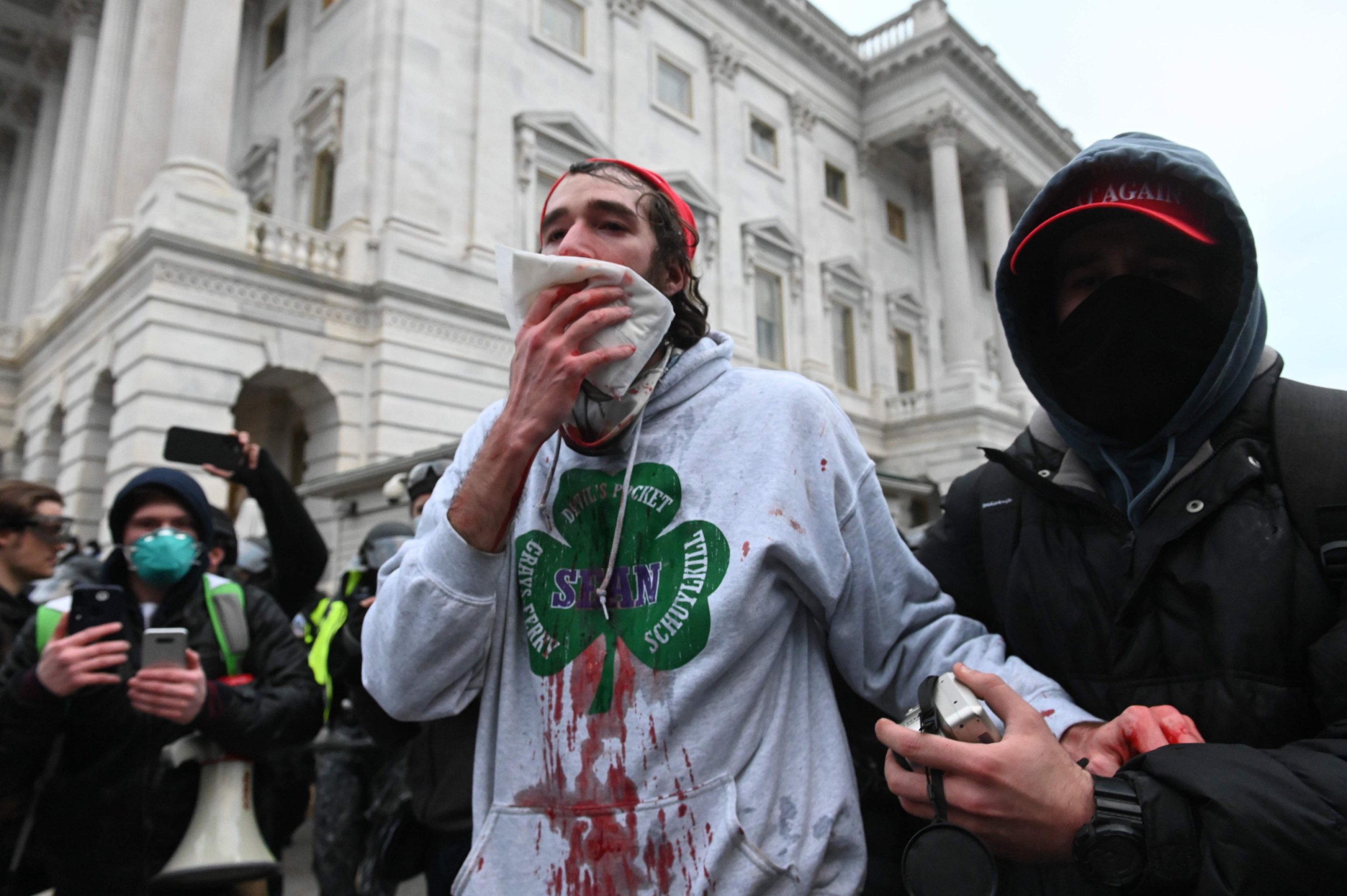 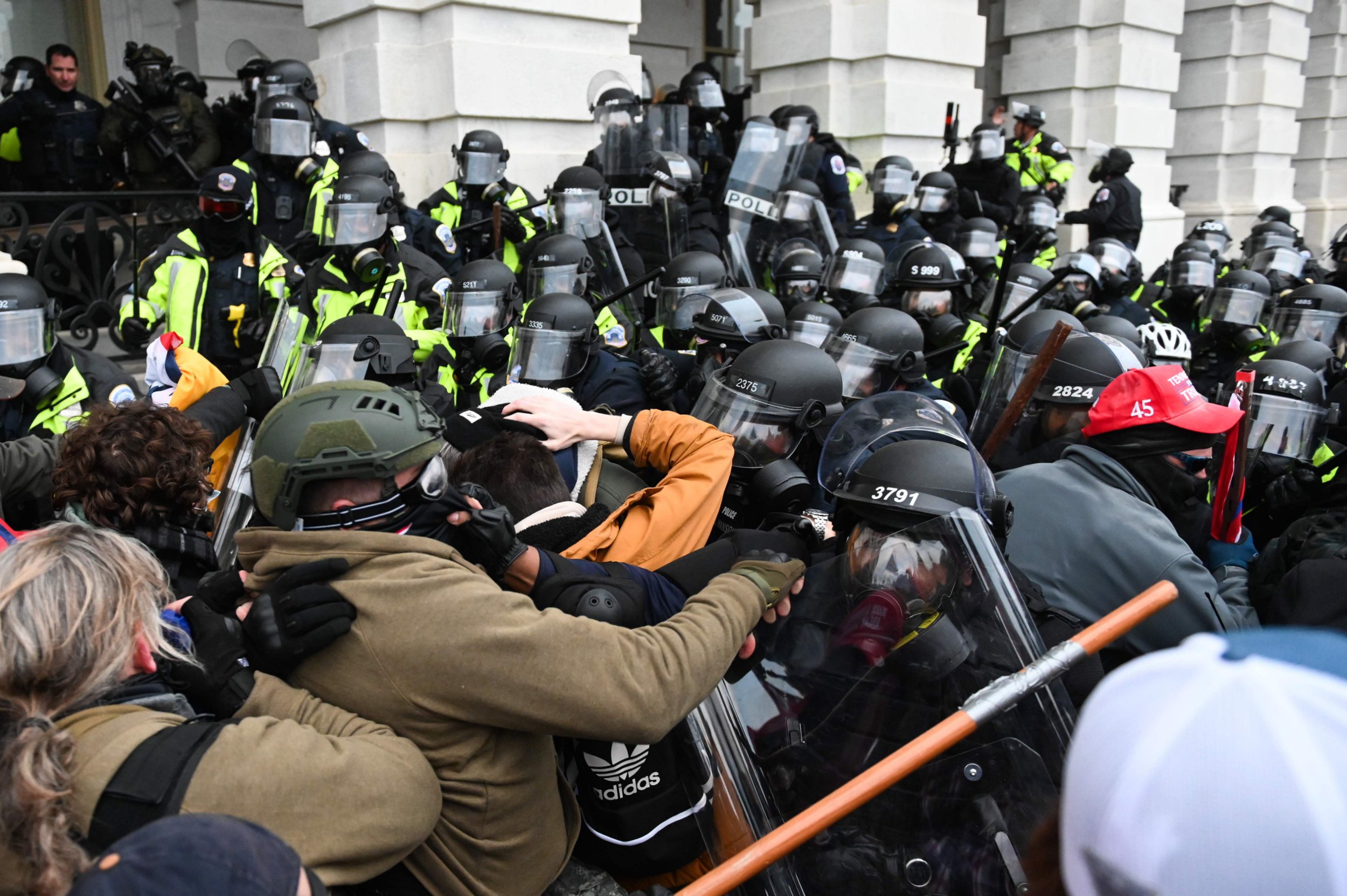 When asked on Tuesday whether there were any "fake" Trump supporters at the insurrection, Wray said: "We have not seen evidence of that."

Wray is testifying for the first time since the deadly riot at the Capitol, with lawmakers likely to press him on whether the bureau adequately communicated with other law enforcement agencies about the potential for violence that day.

Questions about the FBI’s preparations for the riot, and investigations into it, are expected to dominate Wray’s appearance before the Senate Judiciary Committee.

During the hearing, Wray admitted that he did not know that the FBI had credible threat reports of a pre-planned attack on the Capitol. 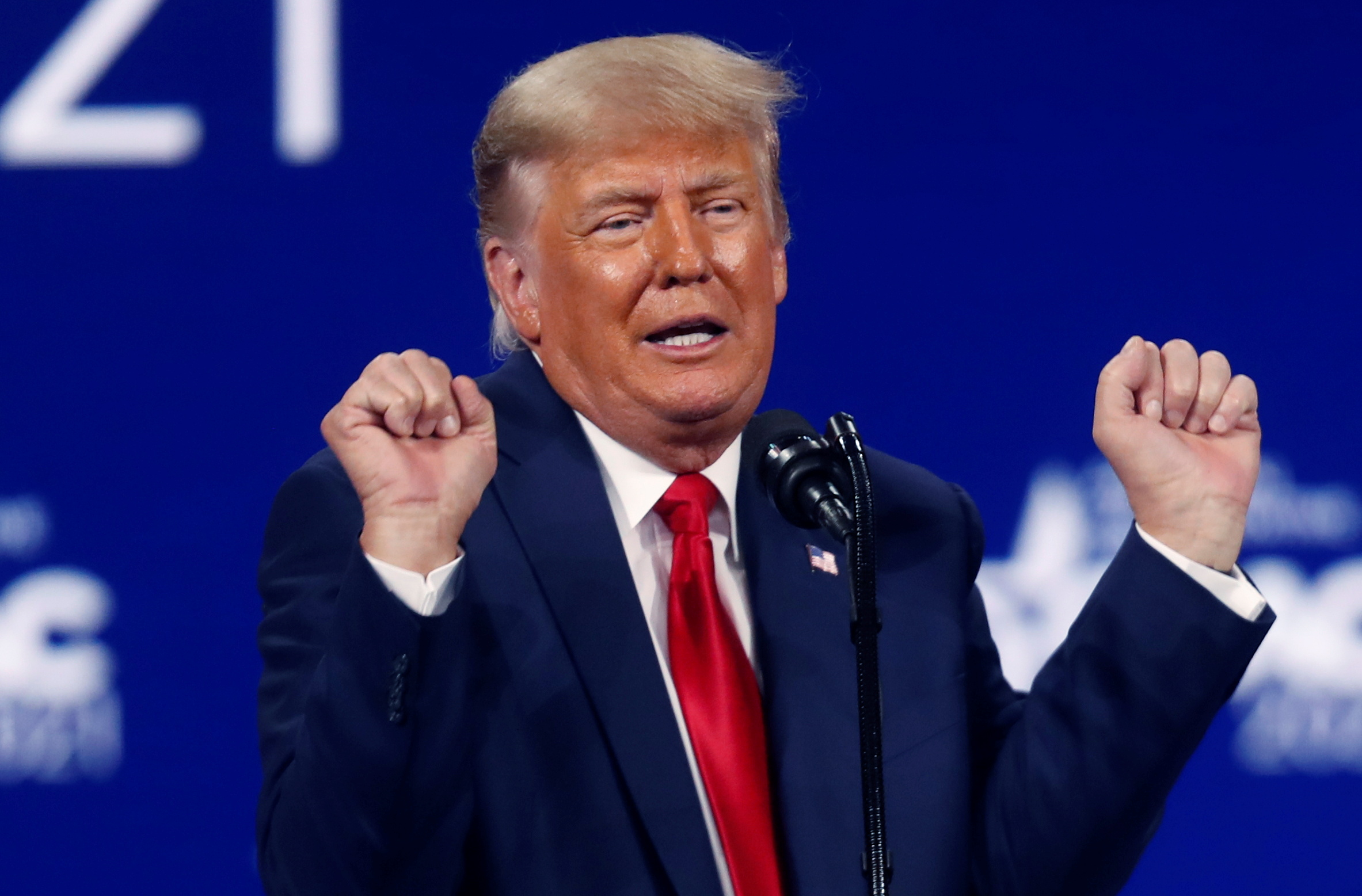 In an interview on Sunday, Trump claimed that he warned that there would be "hundreds of thousands of people" at his rally and said he requested 10,000 National Guard soldiers to be at the scene.

"They took that number, they gave it to people at the Capitol – which is controlled by Pelosi – and I heard they rejected it because they didn't think it looked good, so you know that was a big mistake," he said.

He’s also likely to be pressed on how the FBI is confronting the national security threat from white nationalists and domestic violent extremists and whether the bureau has adequate resources to address the problem.

The violence at the Capitol made clear that a law enforcement agency that revolutionized itself after the 9/11 attacks to deal with international terrorism is now scrambling to address homegrown violence from white Americans.

President Joe Biden’s administration has tasked his national intelligence director to work with the FBI and Department of Homeland Security to assess the threat.

Wray has kept a notably low profile since a violent mob of insurrectionists stormed the Capitol two months ago.