A FEMALE Donald Trump supporter was allegedly punched and choked by Black Lives Matter activists who grabbed her Make America Great Again flag at a rally.

Isabella Maria DeLuca posted images of her injuries with the caption "the aftermath of supporting @realDonaldTrump at the Women's March today!" 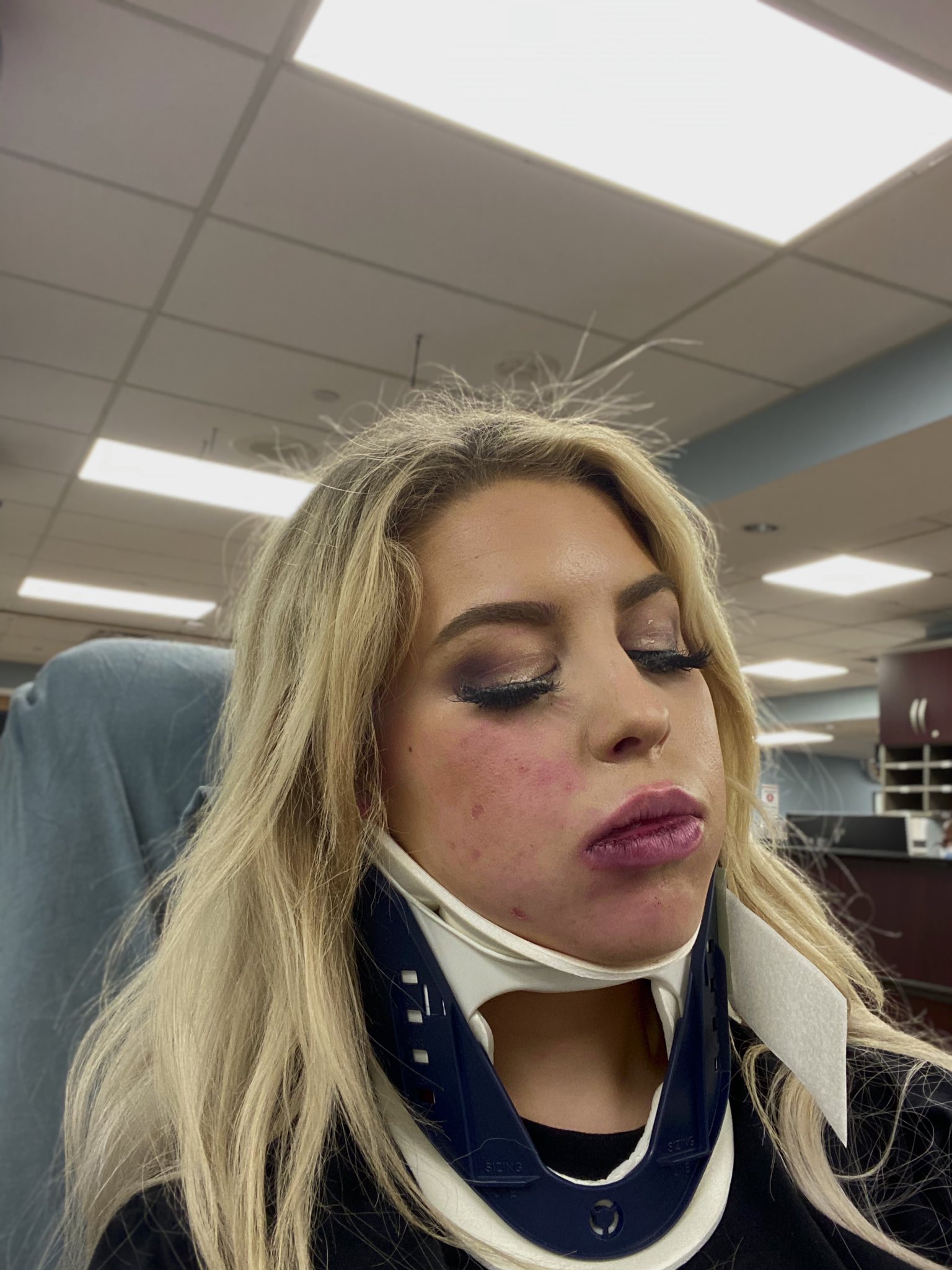 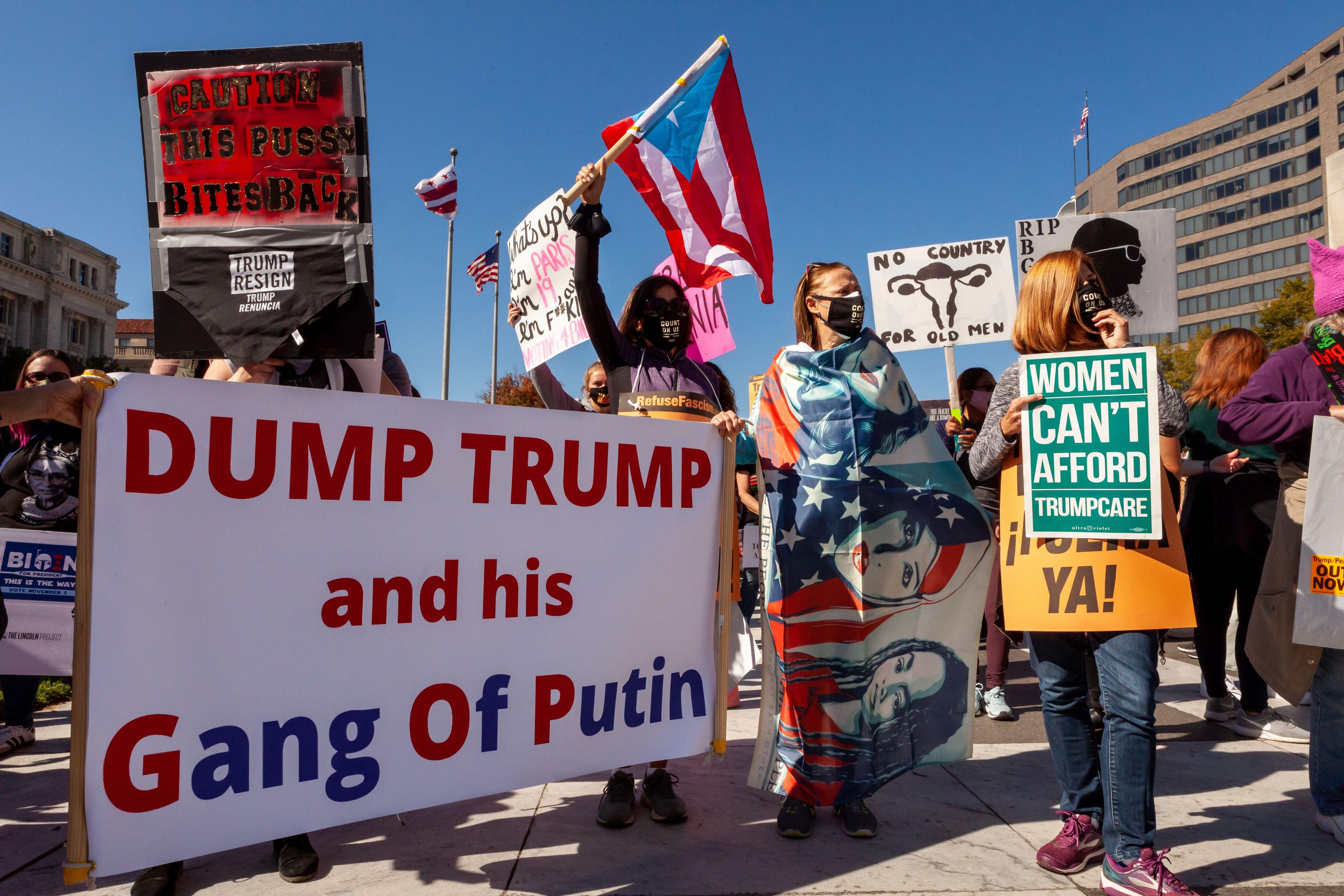 The march took place in Washington DC on Saturday and Breitbart captured footage of DeLuca waving the flag and shouting "four more years."

The woman also told the outlet that she was assaulted by an "older female."

"The first woman was a white older woman – she had glasses on, a glittery bedazzled Black Lives Matter shirt," DeLuca said. "She looked like she could've been my grandma, honestly."

She also claimed that a younger person grabbed her flag and when she tried to grab it back, the woman allegedly punched and choked her. 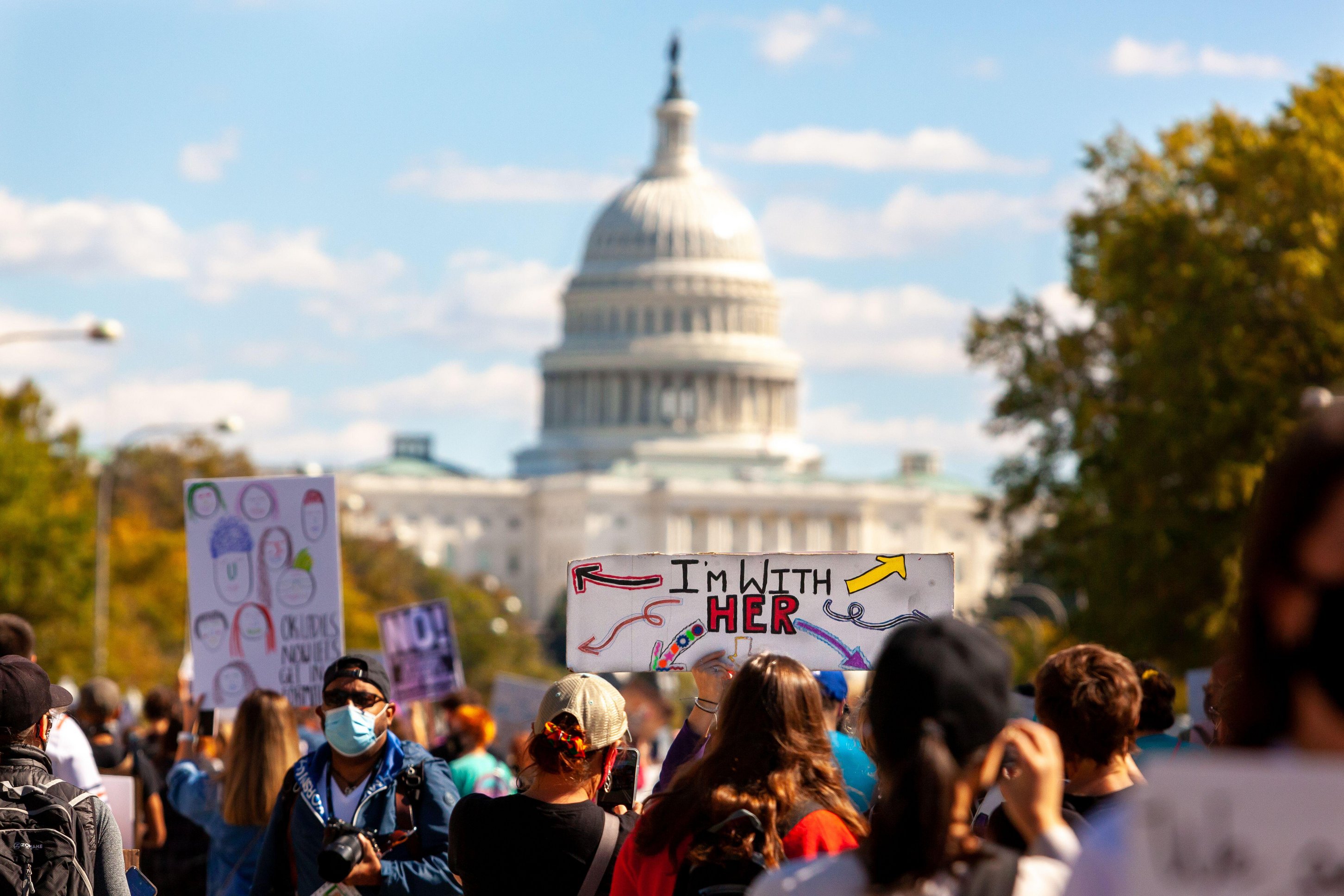 DeLuca was hospitalized following the attack and was given a cervical collar due to her head and neck injuries.

She also claimed to the outlet that she suffered blurry vision and dizziness.

DeLuca has been identified by NationalFile as the Outreach Director for pro-Trump organization Republicans for National Renewal.

Following the incident, she claimed that "Facebook took my entire account down after I posted what happened to me."

She later posted on Twitter "defending herself" and slamming the left-wing.

"The fact I even have to come on here and defend myself to a bunch of disgusting leftists is sad. I didn’t charge at a woman.

"She stole my flag and I put my hand up to retrieve it from the ground so I didn’t get kicked while I was down on the ground," she wrote.