A chart-topping French rapper is under investigation over his song lyrics after several elected officials and organisations accused him of promoting anti-Semitism.

Freeze Corleone, 28, released his debut studio album LMF last week and a music video for one of his songs posted on YouTube that Friday has already amassed more than a million views.

In an announcement on Thursday afternoon, Paris Prosecutor Remy Heitz said Corleone was being investigated for ‘inciting racial hatred’ based on the content of his songs and videos posted online. 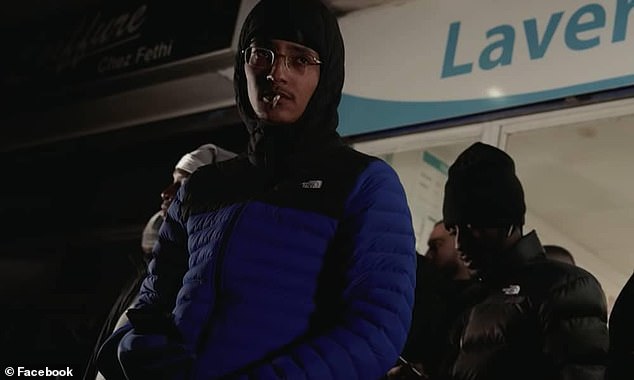 Senegal-based French rapper Freeze Corleone, 28, is now under investigation over the content of his lyrics and videos. Dozens of politicians and organisations have accused him of promoting anti-Semitism 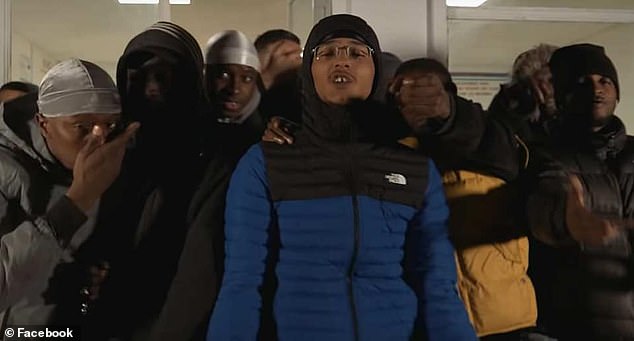 LMF, the rapper’s (pictured above in blue jacket) debut solo album, was released last week and one video has more than a million views on YouTube. He has made no official statement on the investigation that was announced on Thursday but posted a cryptic Tweet apparently comparing the situation to the farcical television serious South Park

Frederic Potier, the interministerial delegate for the fight against racism, anti-Semitism and anti-LGBT hatred (Dilcrah), had earlier announced he had reported the rapper to the public prosecutor’s office.

He said he did so after having identified nine passages that he said were criminal.

The International League against Racism and Anti-Semitism, known by its French acronym Licra, condemned Corleone and the music industry promoting him.

‘Impunity must end. We call on all partner actors to take responsibility,’ the organisation wrote on Twitter, tagging music streaming sites and apps including Google Play and Apple Music. 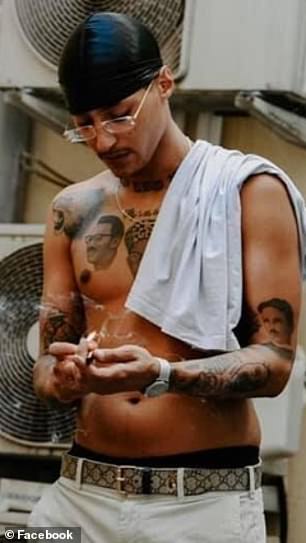 About 50 politicians with President Emmanuel Macron’s LREM party condemned the rapper on Thursday, as several of his songs climbed to the top of the country’s music charts.

A number of individual politicians also called on digital platforms to remove Corleone’s songs and for radio stations to ban them from broadcast.

Freeze Corleone is the stage name used by French-born Issa Lorenzo Diakhate, who lives in Senegal.

He said: ‘I wake up and we’re in a South Park episode’.

One follower commented that the reference to the popular adult cartoon series – which often courts controversy and features a character who frequently denigrates his friend for being Jewish – was ‘the best summary of the absurdity of the situation.