Home » World News » From LGBTQ rights to interracial marriage, abortion ruling could be map for GOP's next push

From LGBTQ rights to interracial marriage, abortion ruling could be map for GOP's next push

Abortion isn't the only right that could be under threat by the Supreme Court's draft ruling overturning Roe v. Wade.

If the draft opinion, published Monday by Politico, takes effect, it would open the door to reconsideration and potential reversal of other established rights, including same-sex marriage, contraception, private consensual sexual activity and even interracial marriage, according to activists and law professors.

"I think gay marriage is right on the heels of this" in terms of potential legal challenges and legislative proposals, said Kierra Johnson, executive director of the National LGBTQ Task Force, a national LGBTQ rights organization.

And it goes beyond that, she said: "I caution anyone who thinks that anything is off the table that our democracy, our agency, our civil rights are on the line."

Worry about the fate of othercivil rights stem not just from the potential overturning of Roe, but the language used to justify it in the draft opinion, reportedly authored by Justice Samuel Alito with the backing of a court majority. One argument leveled against abortion in the court draft is that abortion rights are not enumerated in the Constitution, a circumstance that also could be applied to same-sex marriage and contraception, legal experts said.

DECADES IN THE MAKING: A look at conservatives' efforts to overturn Roe v. Wade 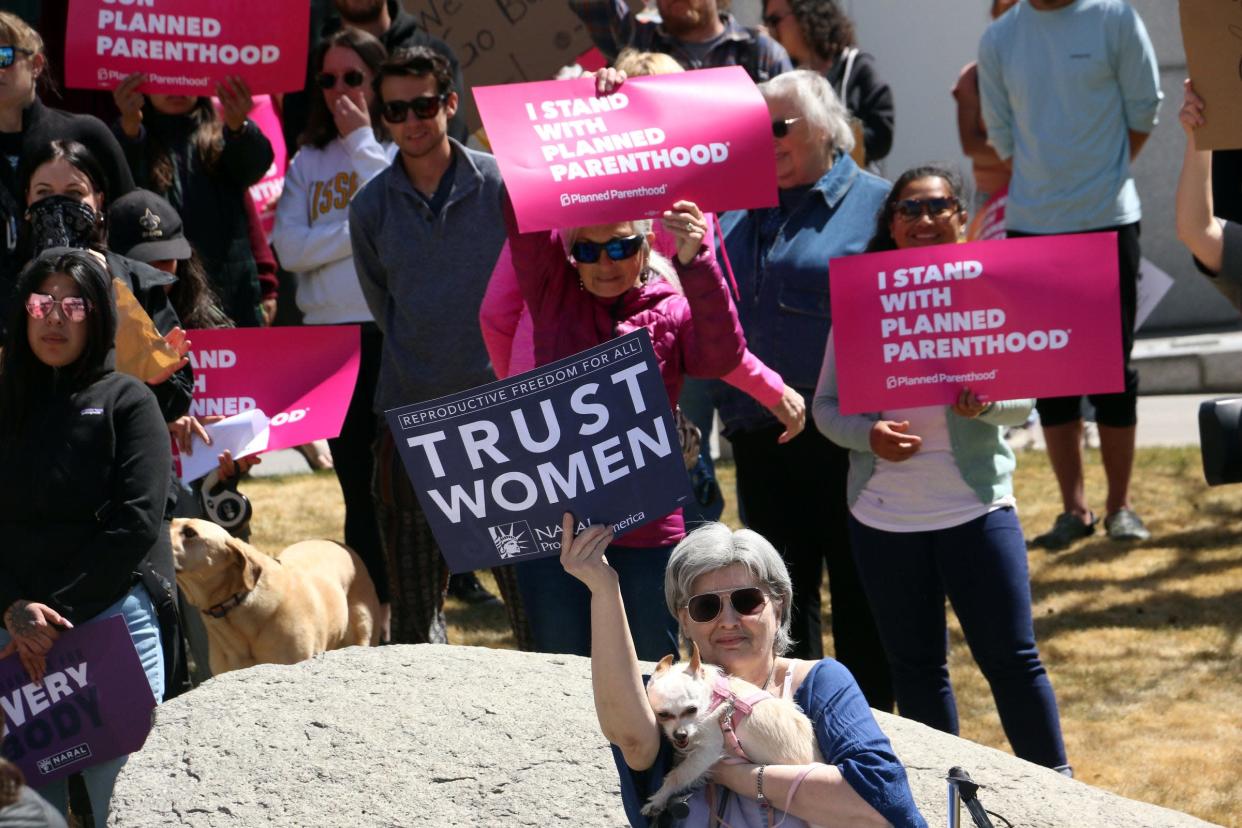 The potential decision, which would uphold a Mississippi law prohibiting abortion after 15 weeks of pregnancy, also undermines the right to privacy, a grounding for the Roe decision and of numerous other rights, said Anthony Michael Kreis, a law professor at Georgia State University College of Law.

The right to privacy "comes from a number of different areas within the Constitution itself, but it evolved out of a right to contraception access. And from that we got a whole slew of sexual privacy rights," he said. "So, if you unravel one string in that fabric of doctrine, it could potentially unravel the other rights or at least open them up to greater attack."

BASIS FOR RIGHT TO ABORTION:What Supreme Court justices are considering

Many of the rights that would potentially be endangered currently have the backing of Supreme Court rulings, much like the 1973 Roe decision. The court has established a right to contraception (Griswold v. Connecticut, 1965); a right to interracial marriage (Loving v. Virginia, 1967); a right to consensual sexual activity in a 2003 decision (Lawrence v. Texas) that invalidated sodomy laws; and a right to same-sex marriage (2015's Obergefell v. Hodges). 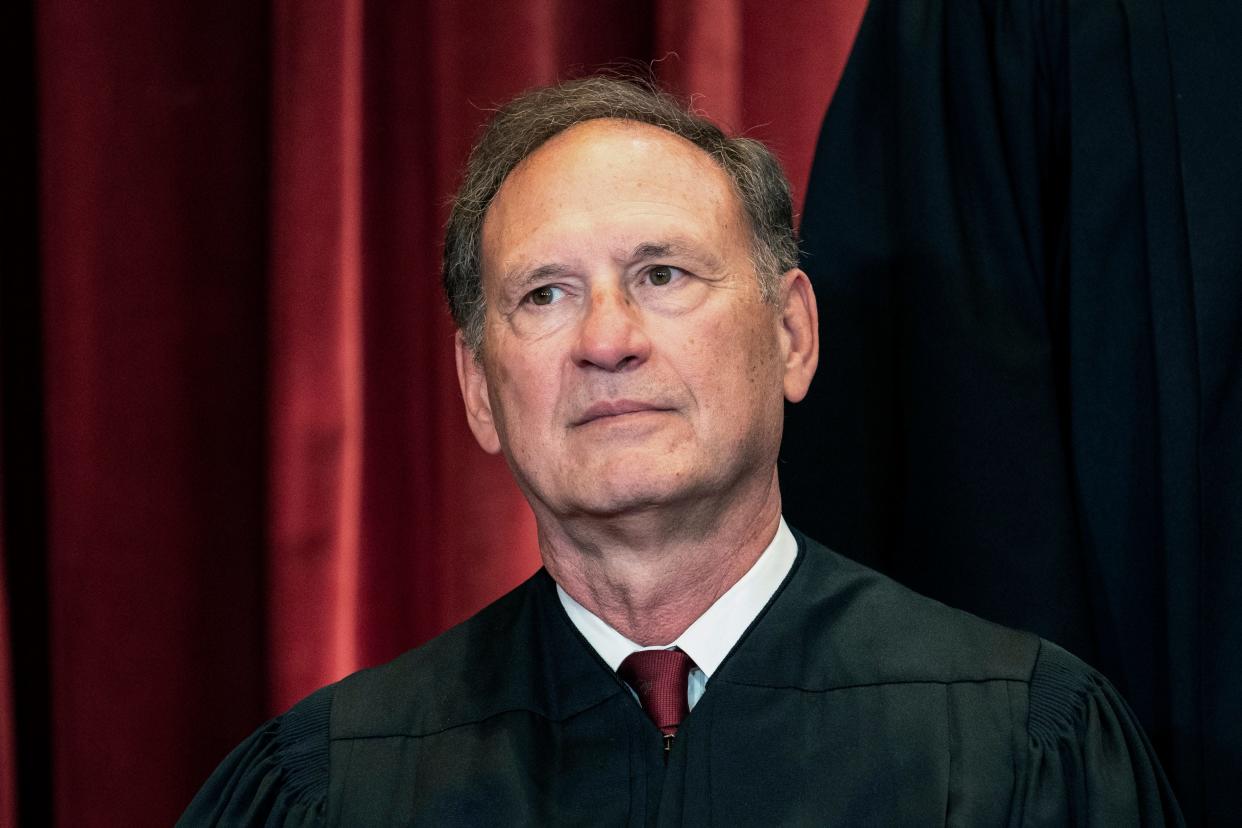 Legal experts and rights advocates disagree to some degree on which right would be most threatened. Most think same-sex marriage, established less than a decade ago, would be the first to be challenged, while interracial marriage, which has the support of constitutional equal rights protections, would be less endangered.

All agree that just by taking the monumental step to overturn an established right, the court could open the door to challenging other rights.

"The idea that the Supreme Court would be comfortable overturning a seminal case that's 50 years old, that guarantees people physical autonomy over their own bodies … because of the change of composition on the court is a trulyterrifyingprospect. And there's no doubt that it creates a lot of uncertainty and nervousness about what comes next," said Cathryn Oakley, state legislative director and senior counsel for the Human Rights Campaign, a national LGBTQ rights organization.

LGBTQ rights could be especially vulnerable, UCLA Law School professor Cary Franklin said. The draft opinion's arguments for rejecting Roe – that it's not mentioned in the Constitution or deeply rooted in history – also could be applied to marriage equality and consensual same-sex intimacy, she said. 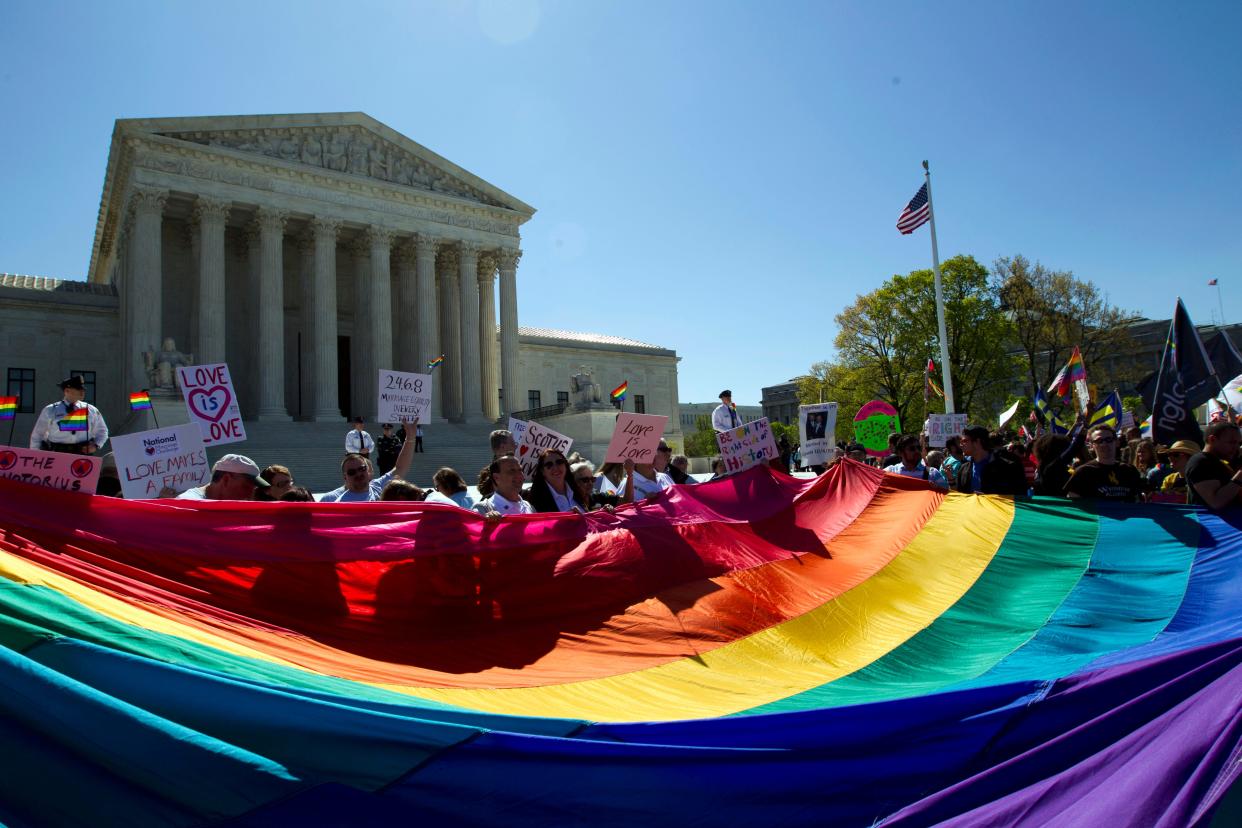 "That raises some real questions about whether this court is going to go further and start to question its LGBT rights precedents," Franklin said.

Franklin, who also is faculty director of the Center on Reproductive Health, Law, and Policy, said other reproductive health rights, including contraception, will also face challenges if Roe is overturned.

"I think anti-abortion forces have long been linking abortion and contraception and they will absolutely go after both," she said.

Although the draft ruling says it only applies to overturning Roe and Planned Parenthood of Southeastern Pennsylvania v. Casey, a 1992 decision that upheld abortion rights, the draft opinion's arguments suggest opportunities for further challenges, said Richard Albert, a law professor at The University of Texas School of Law.

"The Supreme Court has given a roadmap to those who would do violence to equality in the United States because the court has shown them how to make arguments to the court if they wish to dismantle rights protections,"he said.

FALLOUT: People of color, the poor and other marginalized people to bear the brunt if Roe v. Wade is overturned

Beyond cases with specific connections to Roe, the court's decision to eliminate a longstanding right could indicate a willingness to reject other rights in cases next term considering affirmation action, public accommodation and voting rights, said David Cole, national legal director for the American Civil Liberties Union, which submitted a brief in support of the challenge to the Mississippi abortion ban.

"The fact that they have shown that they are willing to take such an unprecedented step… suggests that we have no idea where they will stop in altering the law to reflect their ideological commitments," he said. "The kind of chutzpah that this decision demonstrates, the absolute absence of judicial restraint, suggests that anything is possible."