FURIOUS "Karen" hurled shoe boxes at store workers after "being asked to put a mask on."

The woman was filmed throwing shoeboxes at staff during an outburst in a Skechers shoe store in Oklahoma City, Oklahoma, on July 8 after she was asked to put on a mask while inside the shop, local media reported. 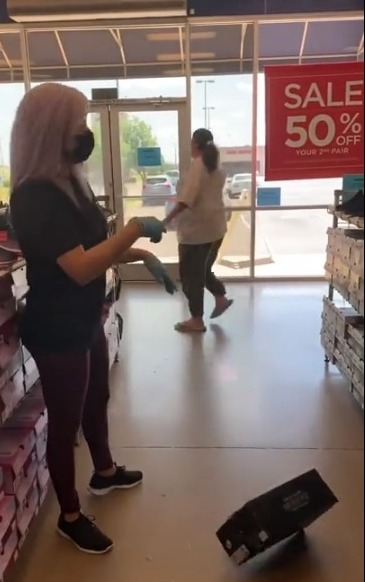 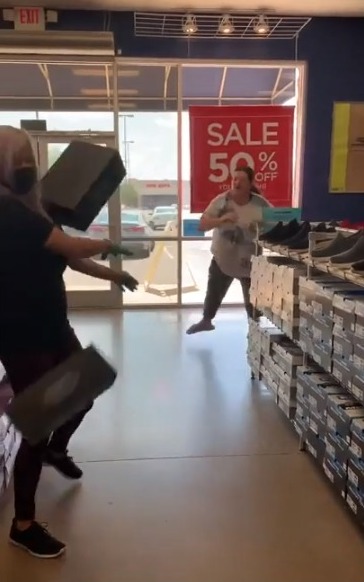 Joycelynn wrote on Facebook: "All we wanted was for her to wear a mask."

According to reports, the customer ignored an employee’s request to put on a mask “several times” before it was suggested she purchase a mask in a nearby Lowe’s store.

At this point, reports said, the customer became angry, threw the shoeboxes, and exited the store.

Police were able to identify the customer after the assault because she left her wallet on the counter with her ID, local station KOKH reported.