Home » World News » Fury as homeless girl, 4, spotted eating ‘only hot meal of day’ out of plastic container on the street

Fury as homeless girl, 4, spotted eating ‘only hot meal of day’ out of plastic container on the street

A SHOCKING image of a four-year-old homeless girl eating her "one hot meal a day" on the side of the street has sparked fury.

The heartbreaking picture, taken at an Irish soup kitchen earlier this week, shows the little girl sitting on a crate eating her meal that came in a plastic container. 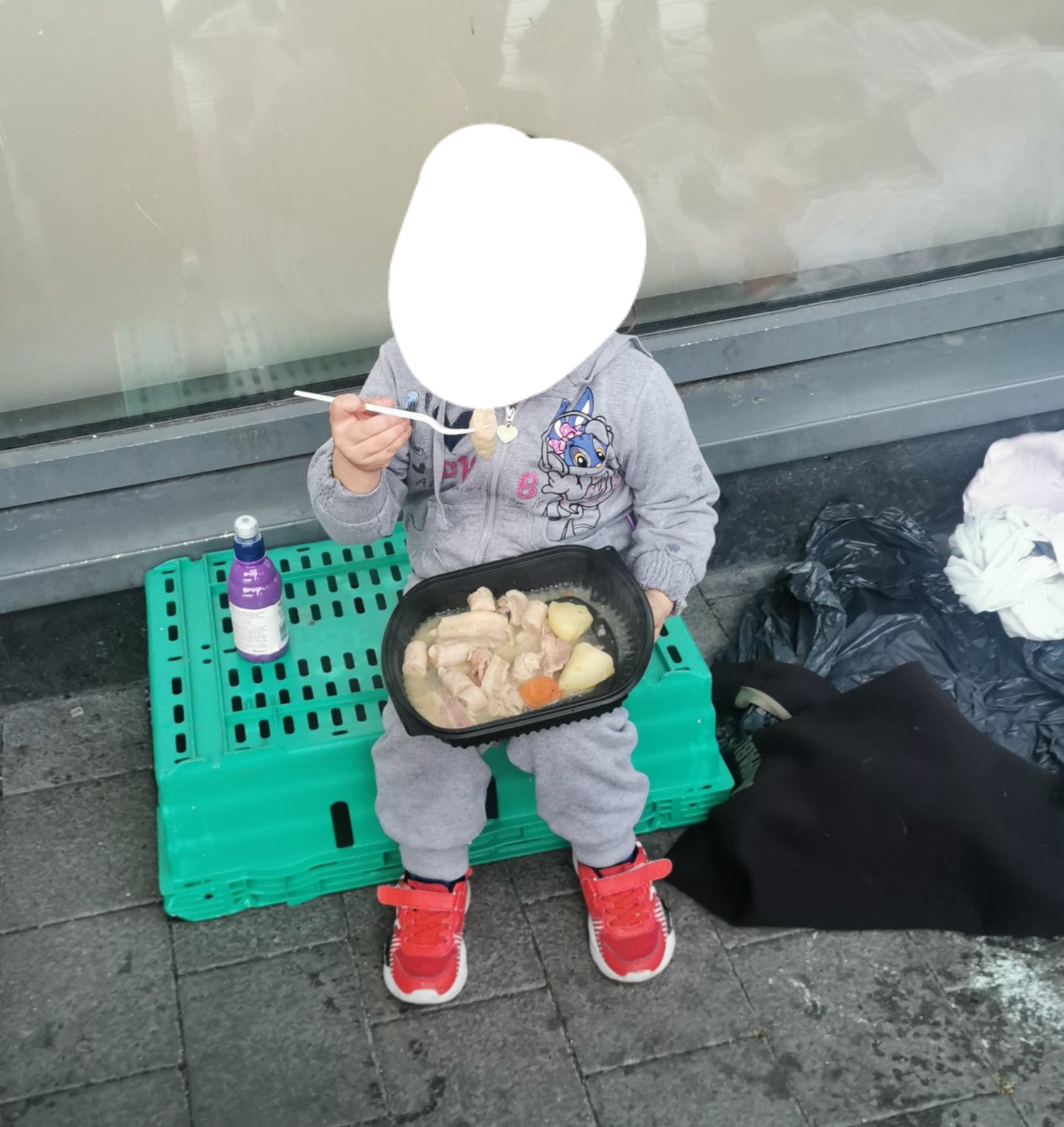 A volunteer at the Ballymun Soup Run in North Dublin took the photograph as workers dished out food to families living in emergency accomodation.

The group uploaded the picture to social media with the caption: "Our Government are to blame for this.

"It’s so normal that they pop down for dinner, it’s sad."

Co-founder of Feed Our Homeless Tony Walsh, shared the picture as he blasted the Irish government over the housing crisis.

"This photo of a young child eating her dinner sitting on a crate on the streets of Dublin is certainly shameful and unacceptable," he said.

"No child or any individual should have to sit on the streets like this eating their dinner because they have no place to call home.

“Shame on our Government. When will enough be enough? Ireland is one of the wealthiest countries in the world.

“We should not have a housing and homeless crisis like the one we have.”

The volunteer who captured the picture earlier this week told DublinLive that she had "no words".

“Our Government should hang their heads in shame," she said.

“A four-year-old baby and one of the only places they have to have a home-cooked meal is our team?

“These children should have a kitchen table to sit at and have dinner, not on the ground on a crate at our soup kitchen."

According to homeless charity FocusIreland, there were 8,313 people on the streets from the week of January 25 to January 30.

Almost one third of people in emergency accommodation are children.