LOCALS have been left furious after Nottingham's Christmas market was shut down just 24 hours after opening due to overcrowding.

A throng of shoppers were pictured mingling in the market square on Saturday, forcing police to break up the crowd. 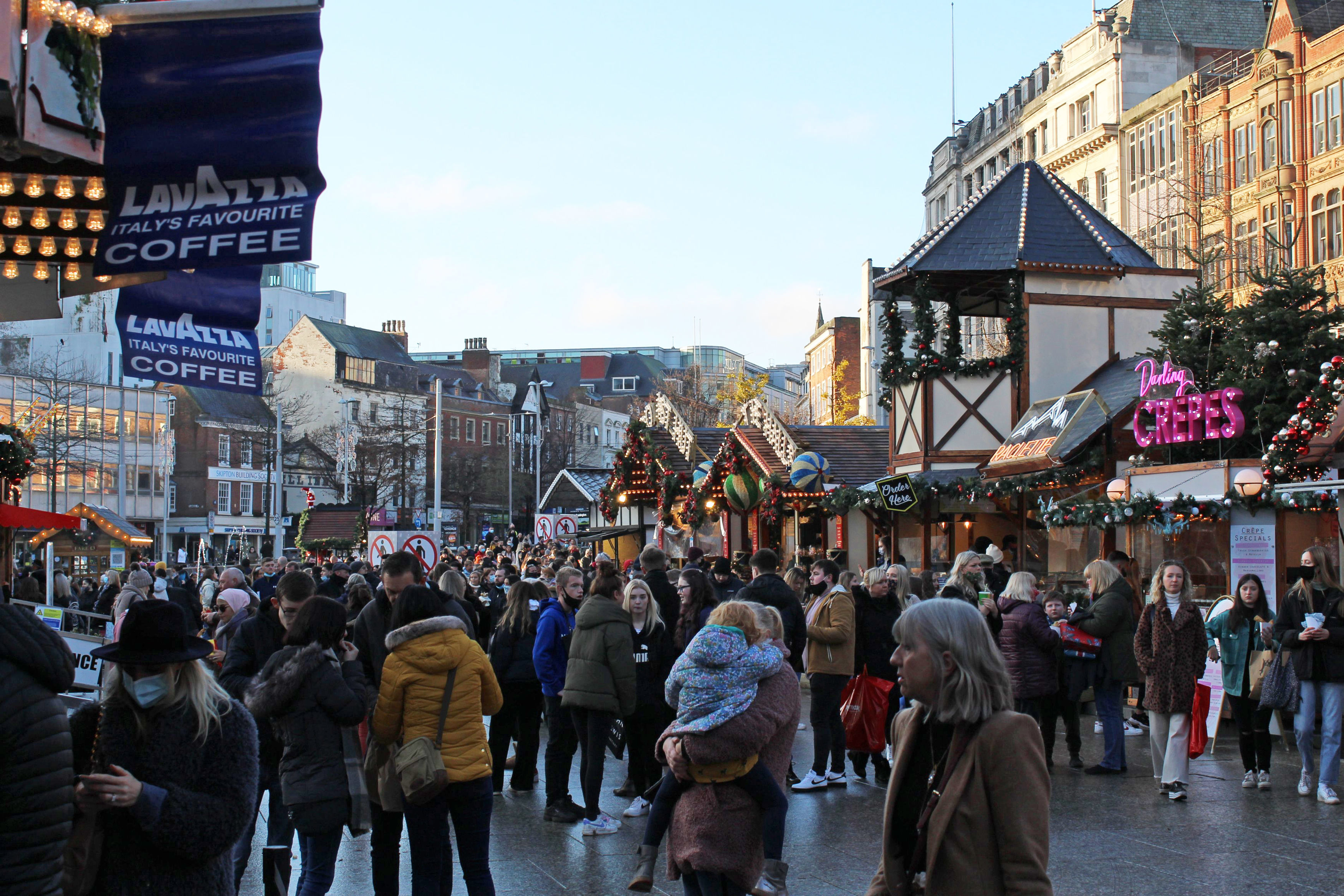 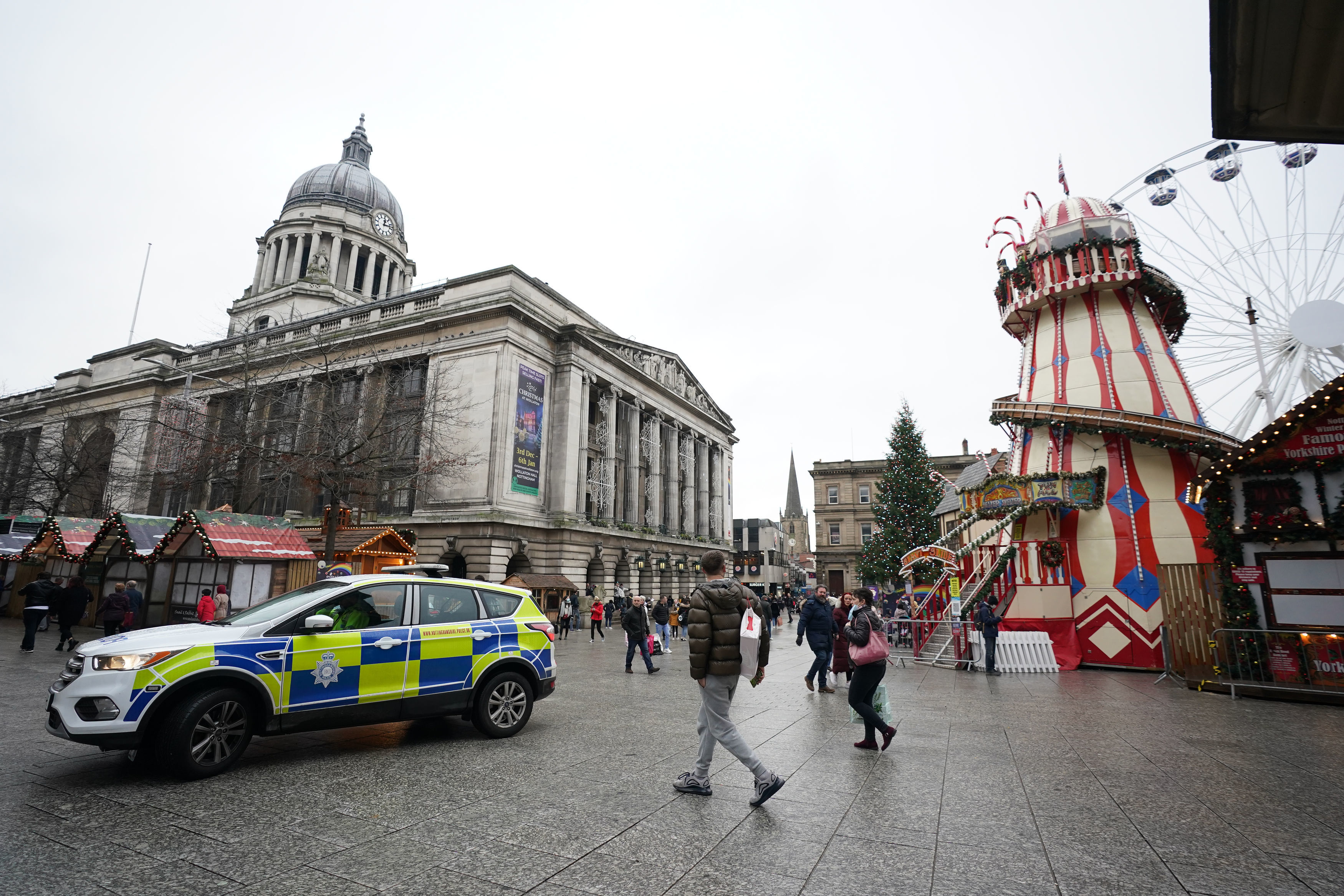 People took to Twitter to air their annoyance over the shutting down of the market a day after it opened.

One Twitter-user fumed: "It's an absolute joke! It's gotta be one rule for all or this will happen all over the country. People will travel to different parts of the UK to visit things like this."

Others working in the hospitality sector, which have been forced to close in Tier 3 areas, shared their anger towards the people attending the festive fair.

Nick Robinson said: "This makes my blood boil! We have had to shut our beautiful small bistro only takeaway 3 times a week because of Tier 3 yet these w******s and may more continue their selfish behaviour while livelihoods are threatened."

Nicky Onorati said: "It's just so sad and unfair for all of us in the hospitality industry. Penny pitching council to blame."

Glenn Ratcliffe said: "Mate these are just mindless idiots who think this thing is a joke. Police have to act and arrest these gatherings en masse.

Nottinghamshire Police said officers were at the market all day to provide visible presence and to break up large crowds in the area.

Games designer Luke Brown, 24, from The Meadows area of Nottingham, said there were at least a couple of hundred people at the market, describing it as "crazy".

He said: "I was on the outskirts of the market as there were so many people on the inside, many people were not wearing any masks at all and there was definitely no two-metre distancing.

"I was highly uncomfortable being there so we literally went home after five minutes." 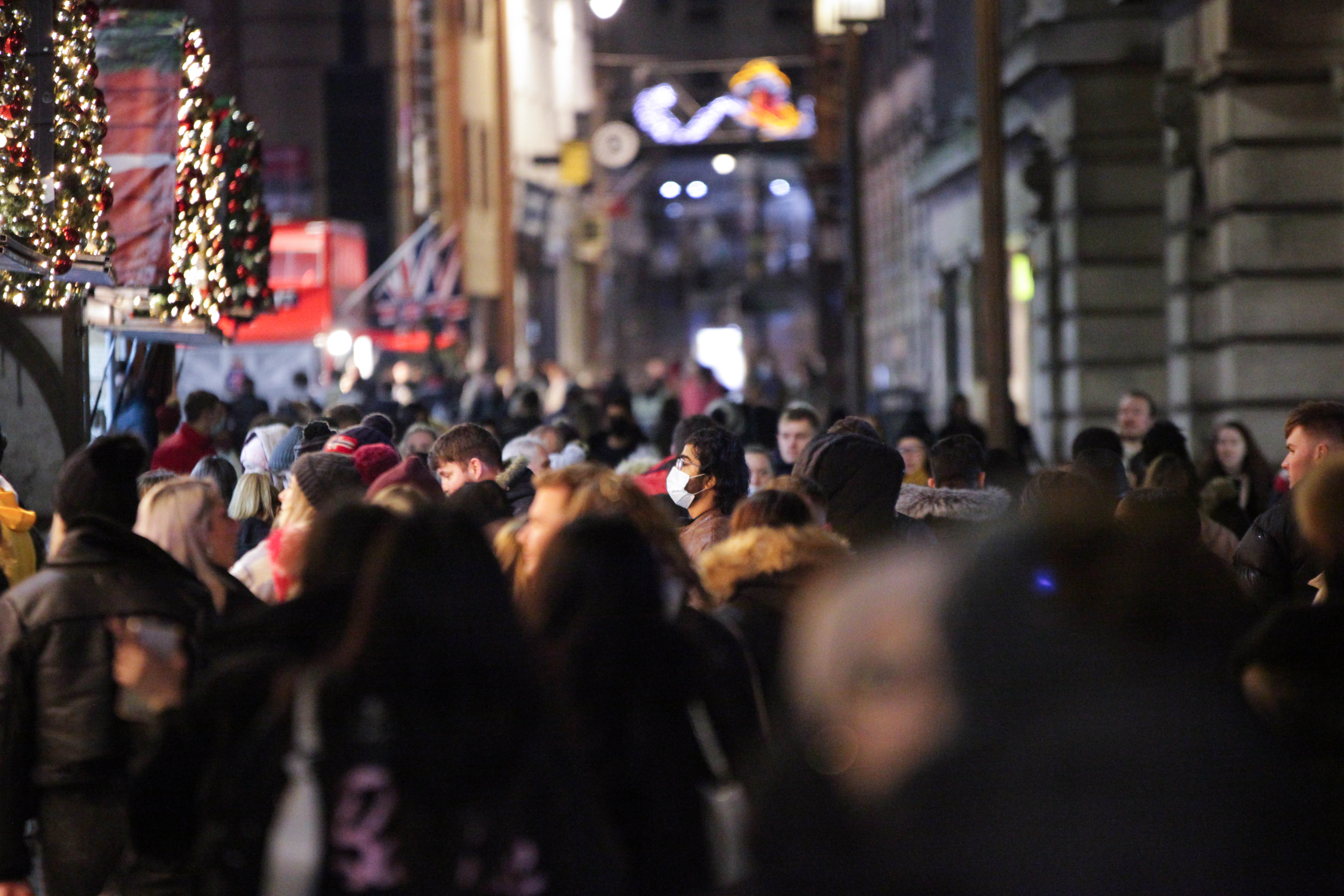 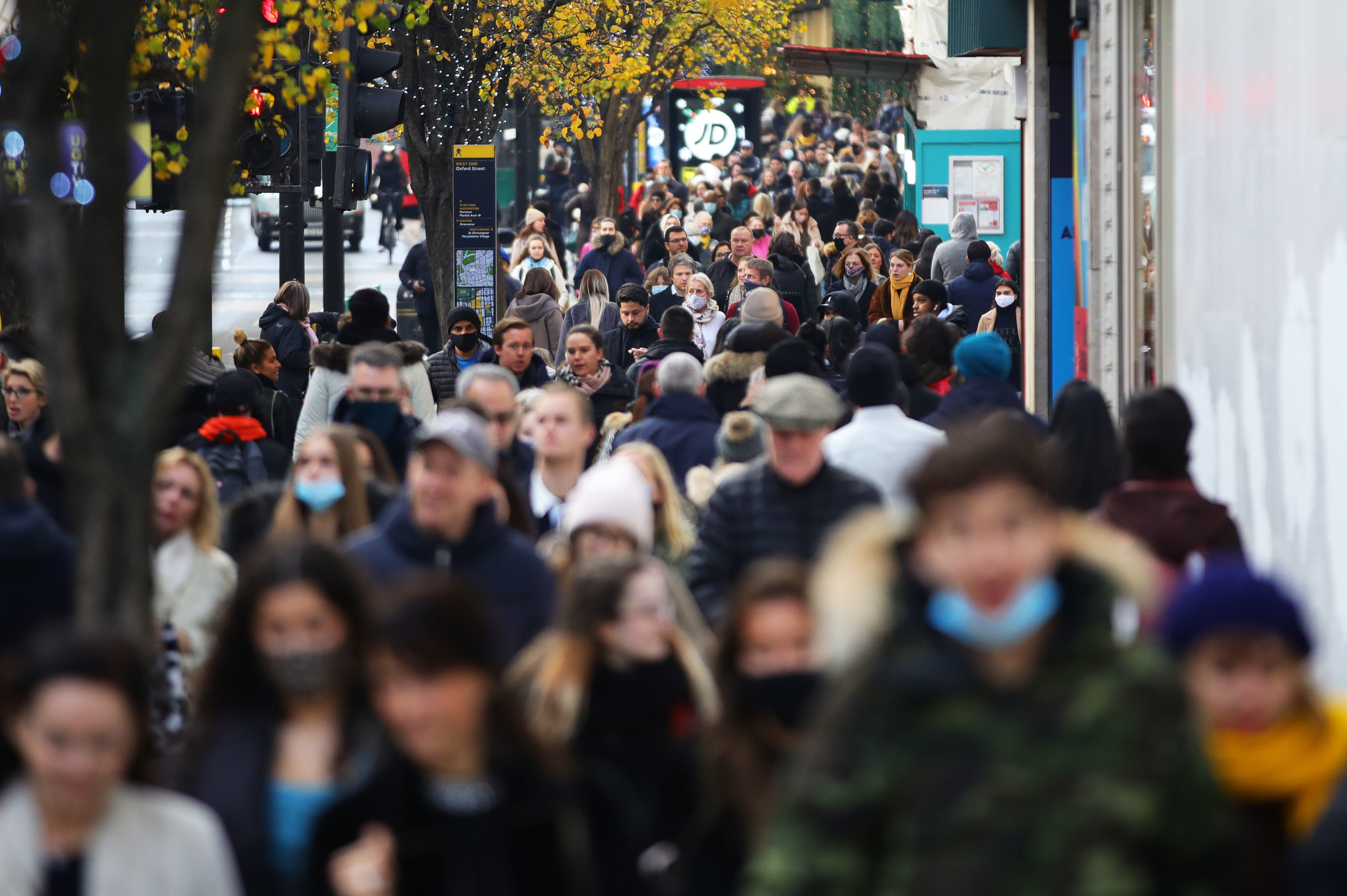 Yesterday the Mellors Group, which operates the Christmas market, said it had to temporarily close the attraction due to "unprecedented high footfall".

In a statement, the Mellors Group said: "In light of the unprecedented high footfall seen up and down the country for retail nationally, we have decided to temporarily close the Christmas market (Sunday).

"The pent-up demand for a city centre offer was far higher than normal and we feel this is the most appropriate way forward.

"This will allow us to monitor footfall in the city centre yesterday and ensure that our activities support residents and local businesses in an appropriate fashion."

I was on the outskirts of the market as there were so many people on the inside, many people were not wearing any masks at all and there was definitely no two-metre distancing.

The city was placed in Tier 3 – the toughest measures – of the new Covid-19 restrictions which came into force in England from Wednesday after the four-week national lockdown.

Yesterday luxury store Harrods in London was "overrun" with 300 young people without facemasks believed to be members of the traveller community.

Worried on-lookers described chaotic scenes that triggered fears of a terrorist attack as those gathered outside the luxury store tried to force their way in.

Photos show the large crowd – which gathered around 11.30am – crammed into a pedestrian street outside Harrods

Most of the people involved were not wearing masks or respecting social distancing rules, according to witnesses.

They described bottles being thrown and a security guard being punched, while cops made four arrests.

Sam Tressle, 26, said he was setting up his coffee stand when “suddenly people started running”.

“There were about 200 to 300 people, and I initially thought it was a terrorist attack,” he said. 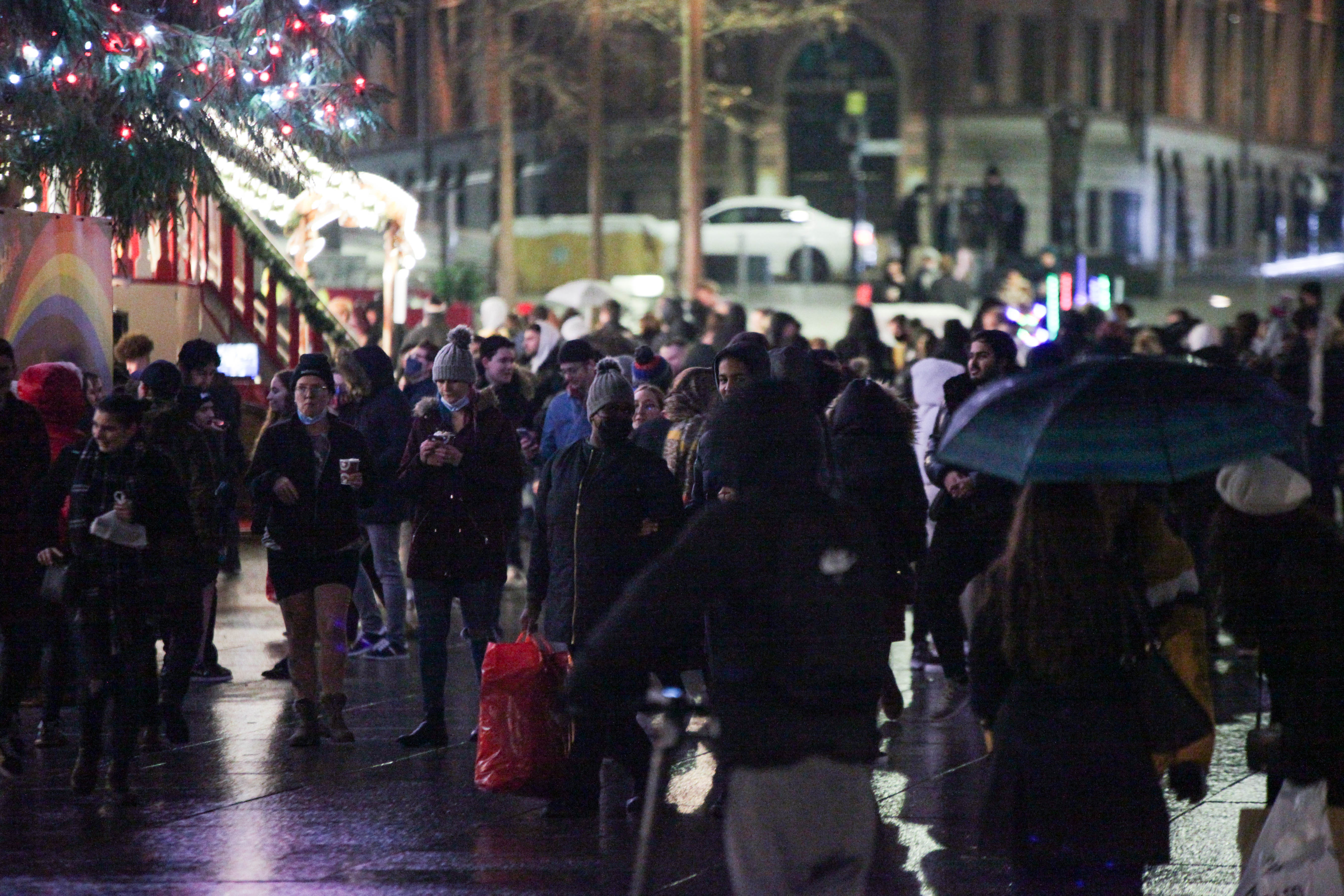 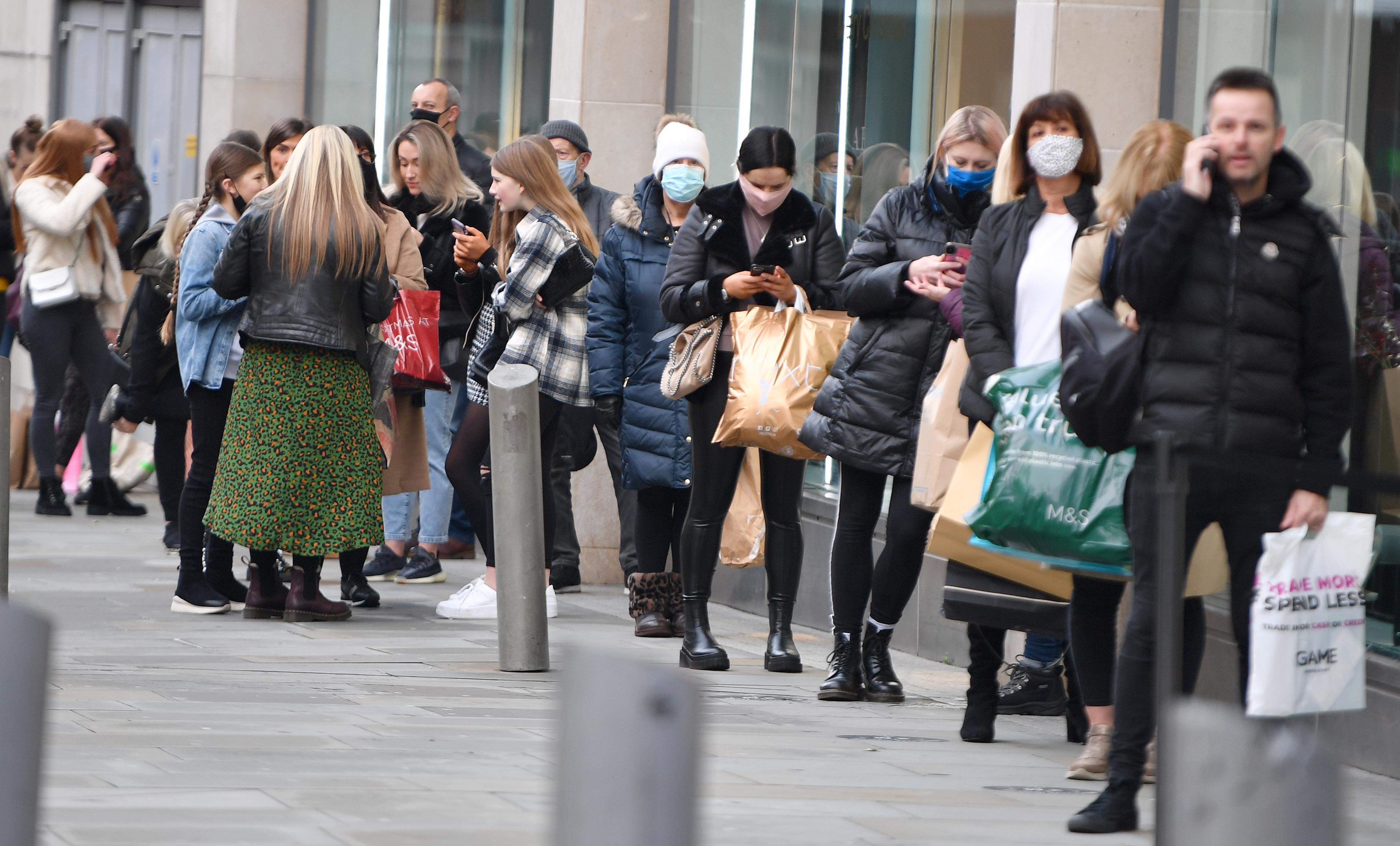 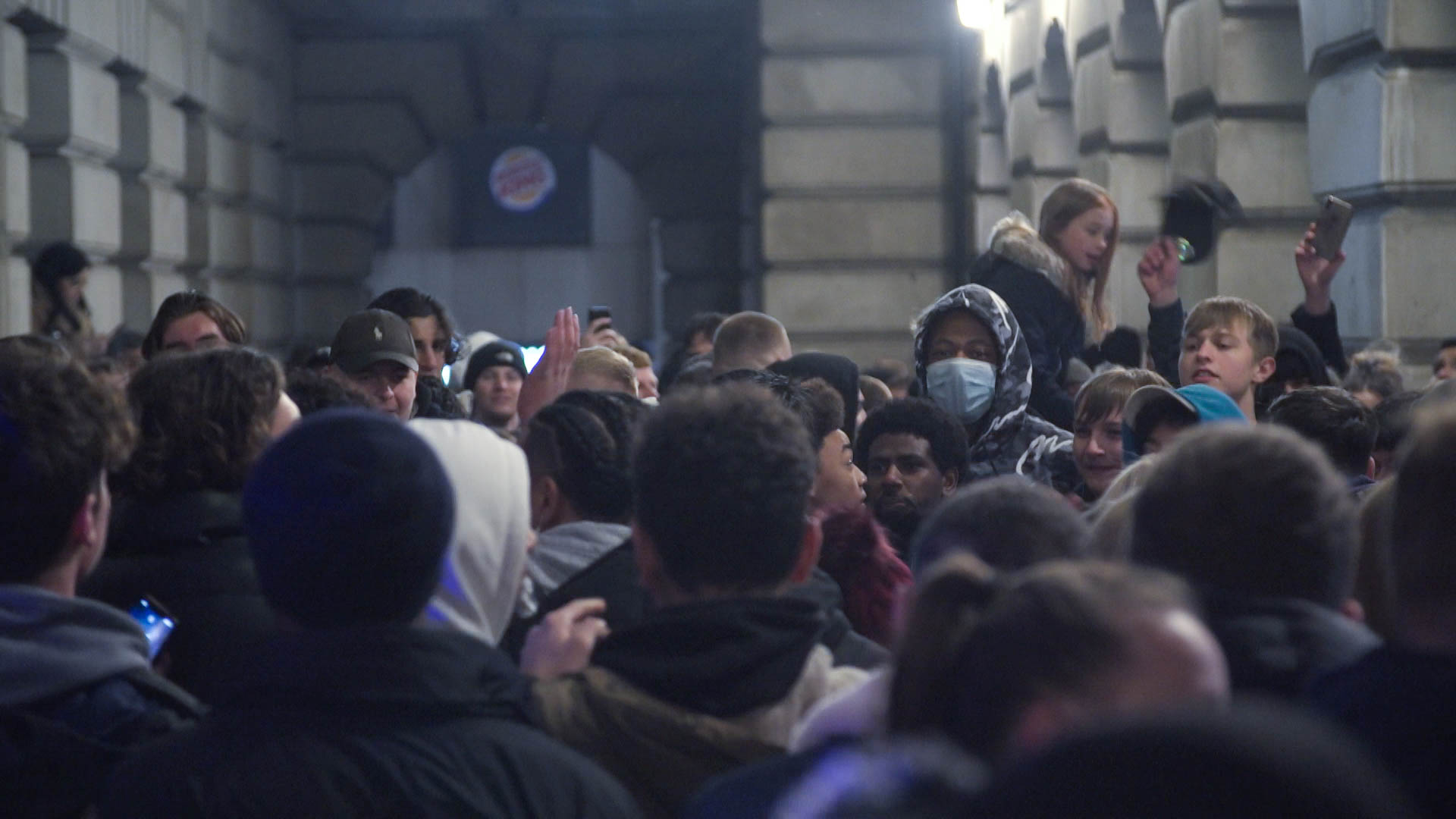 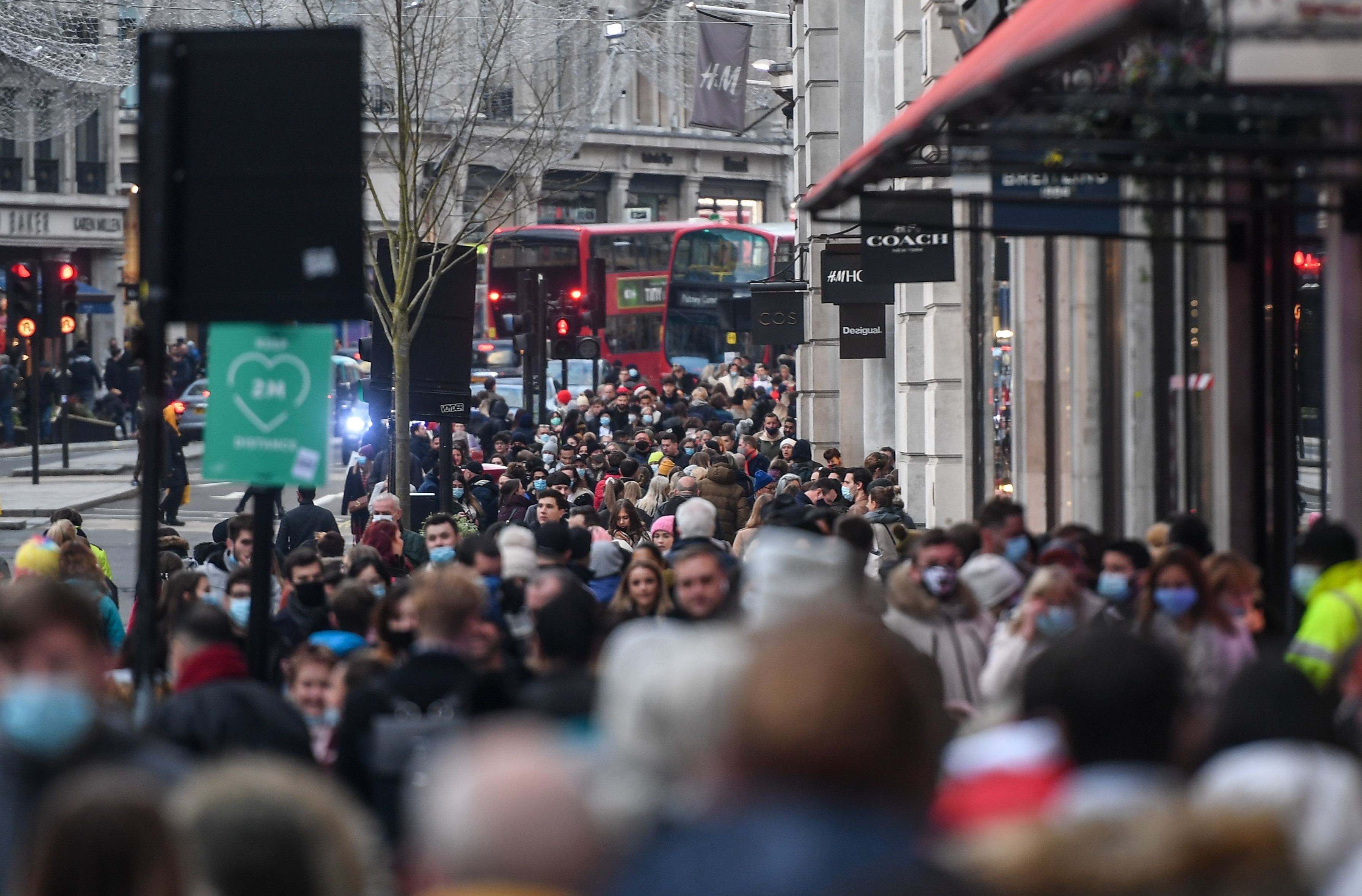 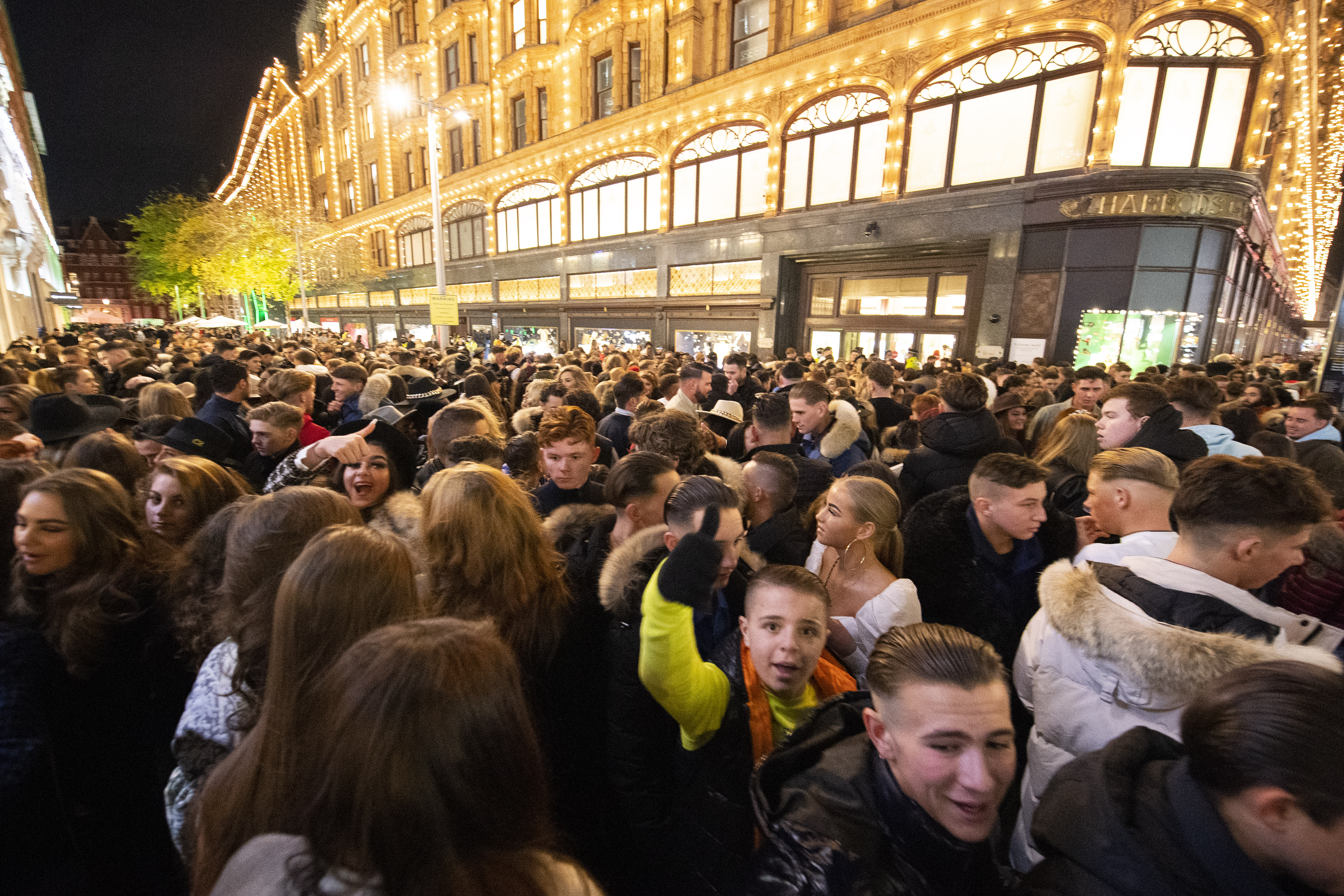