Gamekeeper, 27, dies in tragic quad bike accident on farm nine years after his teenage sister was accidentally shot dead by her boyfriend as he cleaned his gun

A gamekeeper has died in a tragic quad biking accident while working on a farm nine years after his teenage sister was accidentally shot dead by her boyfriend.

David Taylor, 27 died after falling off his bike while working on the Muckrach Estate in Dulnain Bridge, Speyside, Scotland.

His fiancee, Christie McInnes, raised the alarm shortly before 6pm on Tuesday, August 18, according to reports.

The father-of-one comes from a gamekeeping family and is known by his friends as ‘wee Davie’. 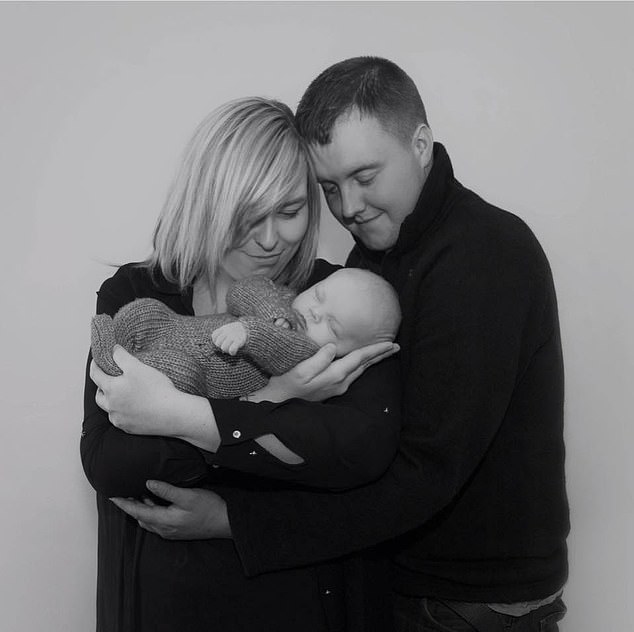 David Taylor (pictured with his son David and fiancee Christie McInnes), 27, died after falling off his bike while working on the Muckrach Estate in Dulnain Bridge, Speyside, Scotland

He had a ‘cheeky sense of humour’ and was ‘a good friend to many’, according to a fundraising page that has raised £10,000 for his family. Mr Taylor and his fiance Miss McInnes shared an 11-month-old son.

An air ambulance, road ambulances, a trauma team, police and two fire crews rushed to Clachbain Farm, but Mr Taylor could not be saved. 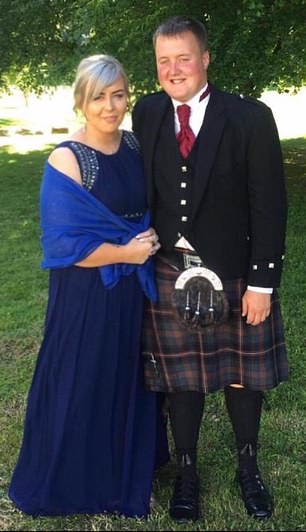 Miss McInnes (pictured with Mr Taylor), raised the alarm around 6pm on Tuesday

It comes nine years after Mr Taylor’s 16-year-old sister Sophie was accidentally shot dead by her boyfriend Calum Murray, 18, as he cleaned his gun.

Miss Taylor was understood to have been preparing dinner at his three-bedroom cottage when the horror scene unfolded.

The 18-year-old trainee gamekeeper was so distraught he then turned the gun on himself at his home on the Glenavon Estate, near Tomintoul.

At the time Dru McPherson, 50, who employed Sophie’s grief-stricken mum Katie at his village restaurant, said the grim sequence of events had played out like a ‘Greek tragedy’.

He said: ‘The story around the village is that there were two couples there and the two males were cleaning their guns and the gun went off in the house and killed Sophie, at which point Calum got up and went out to the front porch and shot himself.

‘It’s like a Greek tragedy up here. Sophie was a very, very well-known girl and everyone was fond of her. It’s just horrendous.’

Around 1,000 mourners packed in to hear about the teenager – who was described as ‘beautiful’ with a ‘brilliant sense of humour’ – two days after her boyfriend’s funeral. 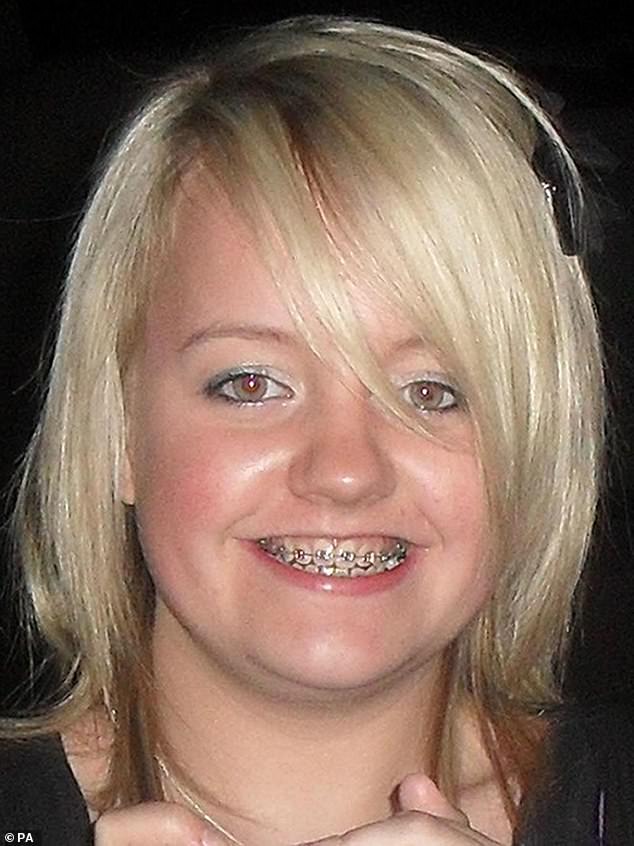 It comes nine years after Mr Taylor’s 16-year-old sister Sophie (pictured) was accidentally shot dead by her boyfriend Calum Murray, 18, as he cleaned his gun

Last night relatives of Mr Taylor said his parents, David and Katie, did not want to speak, but members of the community said they would do all they can to support the family.

One resident, who did not want to be named, said: ‘It’s unbelievable. It’s just so, so tragic, the whole village is devastated. I feel for them both, they will be absolutely distraught.

‘Any death of a young person is terrible but they’ve lost both children in very tragic circumstances. It’s difficult to visit at this time and there can’t be a big funeral.

‘But I’m sure they are aware of the feelings and sympathies of the village towards them. Like all small places, everyone is ready to support them if needed.’ 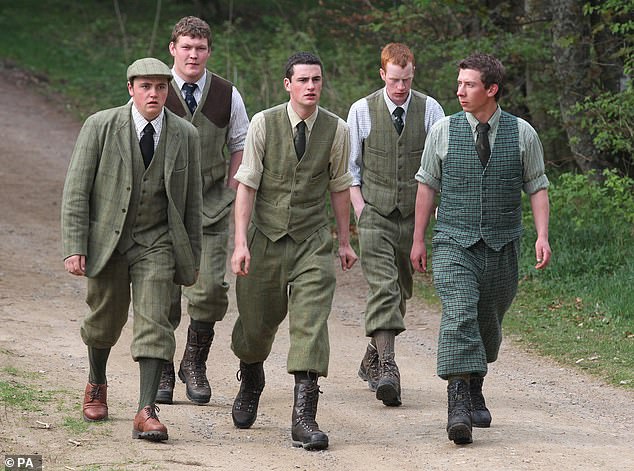 Mr Murray, 18, was so distraught he then turned the gun on himself at his home on the Glenavon Estate, near Tomintoul. Pictured, mourners at Leochel-Cushnie Church after his funeral in Aberdeenshire in April 2011

It is understood Mr Taylor was working for a sporting tenant when the accident happened. As he was at work, a fatal accident inquiry will be held in due course.

A note on a GoFundMe page said Mr Taylor had only recently settled into the new job at Lochinorb. 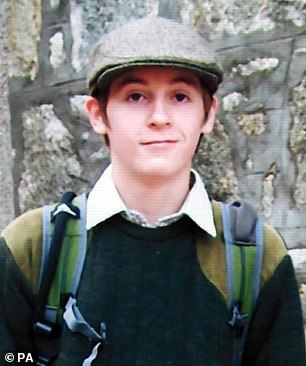 Mr Murray, 18, died in a tragic shooting at a remote cottage on the Glenavon Estate

It added: From an early age he had set his heart on following in the footsteps of his father and grandfather on the hill and was proving himself a credit to such a well-known and respected keepering family.

‘Sharing his journey was his fiancée Christie and their handsome 11-month-old son David, who was the apple of his father’s eye.

‘David and Christie were busy planning their wedding for June 2021. In order to bring something positive at this devastating time, we have set up a fund so that all of his many friends can show their support for David, Christie and wee David.

‘Nothing can fill the gap left in everyone’s lives by this unbearable tragedy but it will, we hope, allow as many people as possible to show their love and support for the family as they try to come to terms with this utterly tragic loss.’

‘The whole family is held in such high regard. It is almost impossible to imagine the pain being felt just now by everyone connected to the tragedy and the SGA passes on our deepest condolences.’