Gang of 'utterly trustworthy' women rallying around Queen in grief

A tearful Countess of Wessex yesterday described the Queen as ‘amazing’ as she and her husband Prince Edward comforted Her Majesty at Windsor Castle.

The couple had been the first to visit the grieving Monarch, and as they left the castle Sophie was visibly upset.

She is one of four loyal, discreet and ‘utterly trustworthy’ women of the Queen’s inner circle who are offering crucial support as she faces life without her beloved Philip. Also in this core group of confidantes are Princess Anne, the Queen’s childhood friend Lady Pamela Hicks and Royal dresser Angela Kelly. 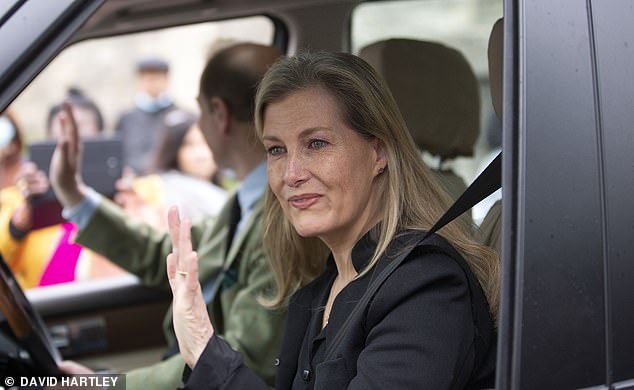 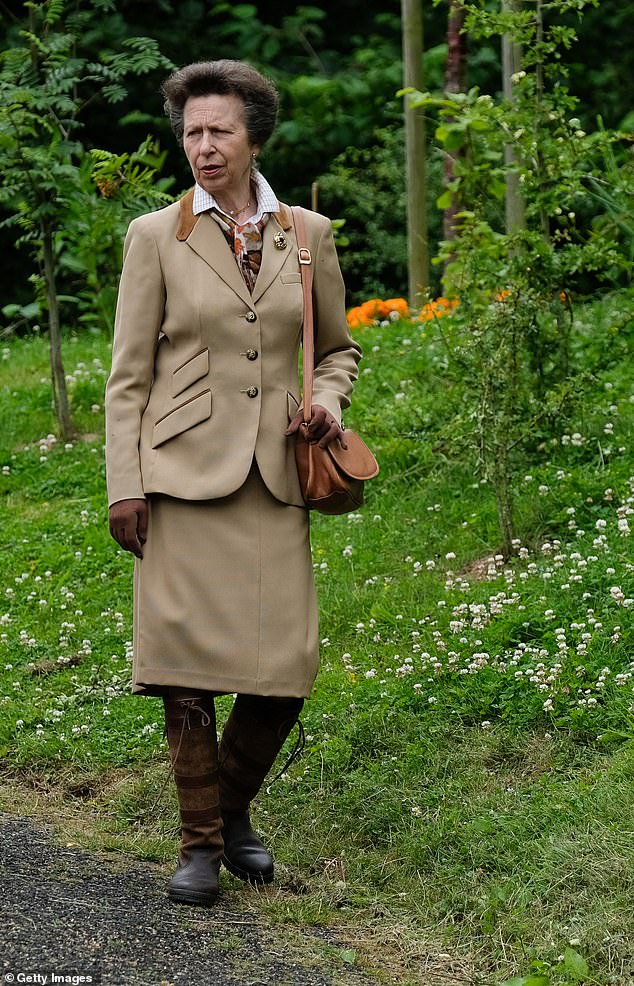 Princess Anne, 70, is similar to her father in character. ‘She gets on with it – she never complains,’ one biographer wrote. 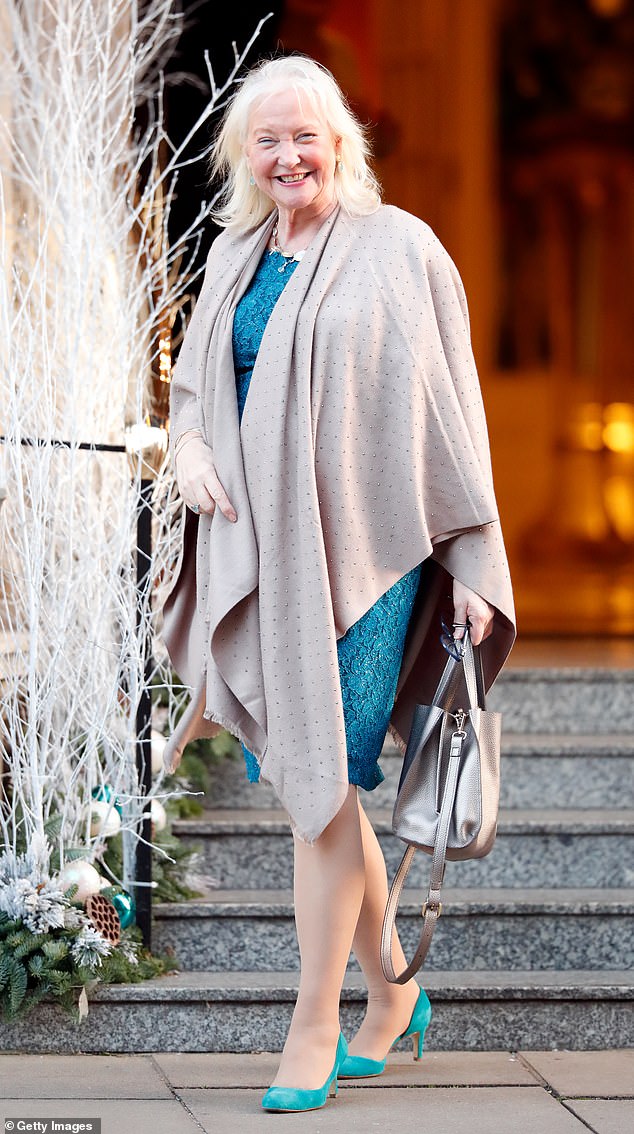 Pictured, Angela Kelly, Personal Assistant and Dress Maker to Queen Elizabeth II, who is said to be in inner circle 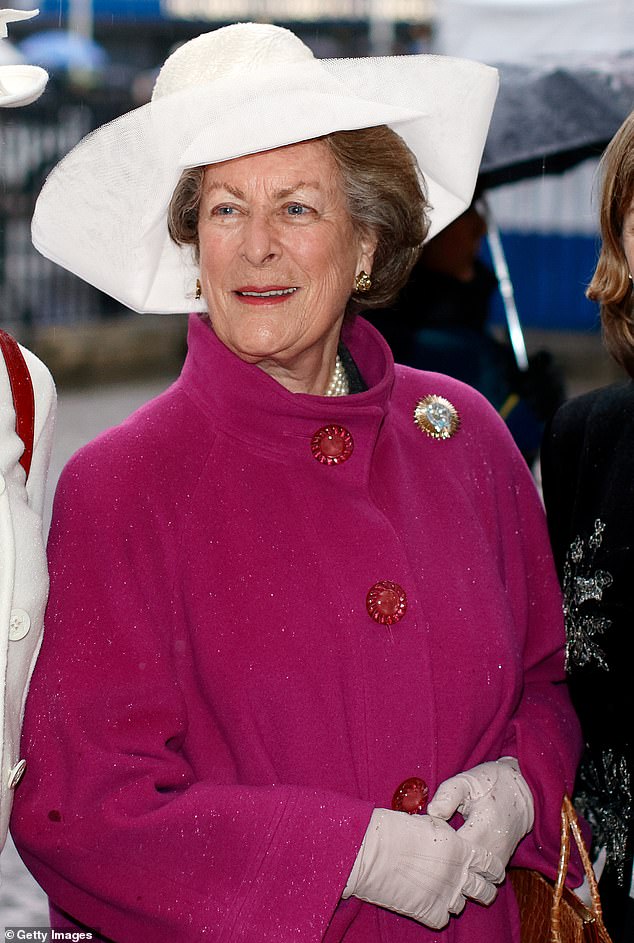 Speaking about the ‘gang of four’ women closest to the Queen, the Royal source said: ‘What they all share is utter devotion to Her Majesty, but also the ability to be honest with her – something which is rare in Royal households’ (Pictured, Lady Pamela Hicks)

‘Sophie is like another daughter to the Queen, they are that close,’ said a Royal source. ‘She is trusted and relied on like few others.’

The pair are said to speak at least once a day and enjoy regular Saturday ‘movie afternoons’ when they watch old films together.

But it was an altogether different mood yesterday. As the Wessexes drove out of the castle, with the windows of their Range Rover Discovery wound down, a red-eyed Sophie told wellwishers: ‘The Queen has been amazing.’

One onlooker said: ‘She looked visibly upset and had obviously been crying. Someone shouted out “How is the Queen doing?” as Edward and Sophie drove past.

‘Sophie was very nice and her response brought home the fact that this is a family grieving deeply for someone they loved very much, as well as an institution mourning the loss of a key figure.’

Speaking about the ‘gang of four’ women closest to the Queen, the Royal source said: ‘What they all share is utter devotion to Her Majesty, but also the ability to be honest with her – something which is rare in Royal households.’

The group is eclectic, to say the least. Three-times-divorced Ms Kelly, 62, is the daughter of a fork-lift-truck driver and was raised in a Liverpool council house. But now she is so close to the Monarch that she has written two books with the Queen’s approval (and is working on a third) and lives in a grace- and-favour home in the grounds of Windsor Castle. The Queen has been spotted ‘nipping in for tea’.

Ms Kelly breaks in Her Majesty’s shoes by wearing them and she is nicknamed AK-47 – a play on her initials and the firepower of the Soviet-era assault rifle.

She says simply: ‘I love the Queen and everything about her. She has allowed me to become closer to her over the years.

‘We talk about clothes, make-up and jewellery. We are two typical women.’

Lady Pamela, 91, daughter of Lord Louis Mountbatten, has known ‘Lillibet’ since her teens when a young Elizabeth fell in love with Pamela’s cousin Philip. She was a bridesmaid at the couple’s 1947 wedding, later serving as a lady-in-waiting.

She was with the couple in Kenya in 1952 when King George VI died as the Royal party slept in the Treetops Hotel.

‘She climbed up that ladder as a Princess and then, in the morning, she came down the ladder as Queen,’ Lady Pamela famously recalled.

Sophie Wessex, 56, ran her own PR company before marrying Prince Edward and earned the Queen’s trust by throwing herself into Royal life. One friend said: ‘Sophie set herself a series of tasks. She learned how to ride properly and now rides with the Queen at least once a week.

‘She took up carriage-driving to be close to Philip. She had her own series of scandals before her marriage when she was accused of cashing in on her Royal connections, but she calmly put all that behind her and has been an exemplary daughter-in-law.’

One former aide has described the Queen’s relationship with Sophie – who lost her own mother, Mary, in 2005 – as ‘like mother and daughter’, adding: ‘There is a great deal of love and mutual respect between them.’

Princess Anne, 70, is similar to her father in character. ‘She gets on with it – she never complains,’ one biographer wrote.

Strong and opinionated, she has a waspish wit and is a staunch believer in ‘The Firm’, once saying: ‘I don’t think this younger generation understands what we were doing in the past. Nowadays they’re much more looking for “Oh, let’s do it a new way” and I’m already at the stage of, “Please do not reinvent that particular wheel.” ’

Of her mother, Anne says simply: ‘She is remarkable.’