GAVIN Williamson today said sorry to millions of students after their exams were thrown into chaos by Covid – ahead of their A Level results tomorrow.

The Education Secretary said he regretted the disruption of the coronavirus on their education and that the "best thing" would be for them to get back to school in September. 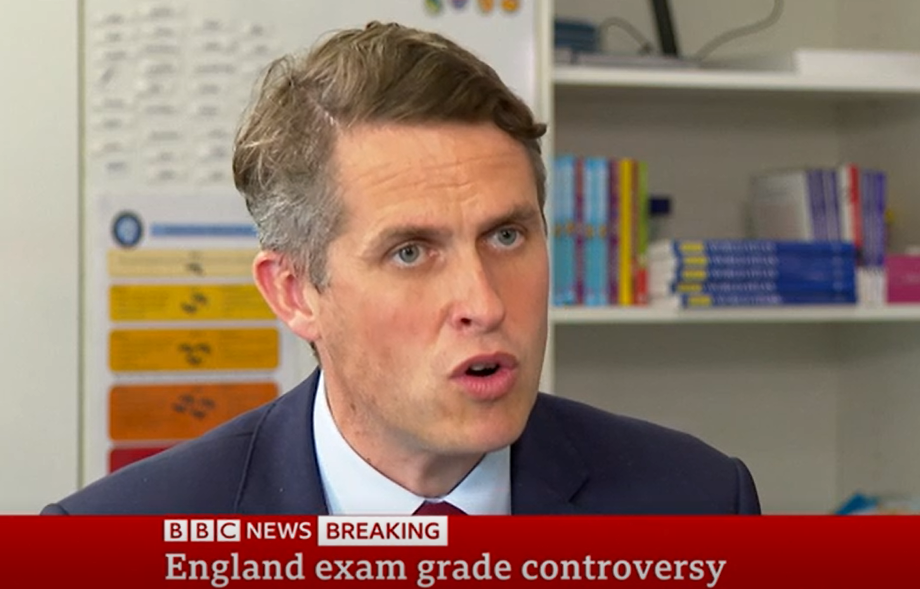 Last night ministers announced fresh plans to help kids appeal if they don't get the marks they want – creating a "triple lock" of help so they don't lose out.

Mock exams can be used as part of their appeal.

It comes after a week of shambles in Scotland after 124,000 kids eventually had their grades scrapped in favour of teachers' marks following an outcry.

He told the BBC tonight: "I apologise to every single child right across the country for the disruption that they've had to suffer."

And he defended the system, saying: "The system, for the overwhelming majority of young people, is going to deliver, you know, credible, strong results for every single one of them.

"It's a robust system, it's a fair system, it's making sure that young people get the grades that they've worked so hard towards."

He said there would be the option for people to get the grades they deserve if they fall short, addiing: "If some of those students have not got the grade they feel they deserve, we ensure there are the proper avenues to get that."

Students who want to can also take their exams again in the autumn too.

He also said that exams are due to go ahead as normal next year.

It was crucial for all kids to return to the classrooms, he stressed.

The Education Secretary said: "Tthe best thing, the best thing that we can do is make sure that every child is back into school in September.

"Is there anything more that I can do in order to make that happen? Well, if there is, tell me about this, and I will go out there and I will do it.

"We need to see every child back into school – as someone who has a wife and a brother who works in schools, and someone who has children who have, you know, like every child, suffered as a result of not being, I know that the best thing to do is to get everyone back there."

Exams were cancelled earlier this year thanks to the ongoing coronavirus.

Earlier today Nick Gibb admitted that around 40 per cent of kids would already have their exam results altered to take into account the chaos of the virus and their schoolwork.

And he did not see many of them needing to appeal against them.