Ghost hunters captured a spooky figure of a ‘floating lady in white’ on camera during their visit to a Victorian graveyard.

They believe it is spirit of Katherine Parker, a tragic merchant’s wife who hanged herself over 170 years ago.

The team of paranormal investigators were left with goosebumps when they noticed the ghostly figure lingering by the graves at Sheffield General Cemetery.

The ‘floating lady in white’ was captured by a viewer as Retford Ghost Hunters livestreamed their visit to the 19th century burial site on October 17. 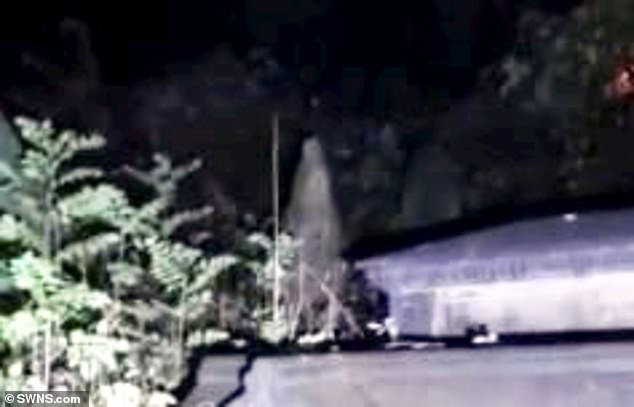 The ‘floating lady in white’ that was captured on camera at a Victorian cemetery. Ghost hunters believe it is spirit of Katherine Parker, the wife of a cutlery merchant and mother-of-five, who was left destitute by her husband’s death and killed herself over 170 years ago

It was only when the group researched the history of the Victorian cemetery the following morning that they uncovered the chilling story of Katherine Parker.

Katherine was the wife of William Parker – a cutlery pioneer in the steel city and former Master Cutler of Sheffield, who died in 1837.

He was one of the first people to be buried at Sheffield General – which became one of the earliest working cemeteries in the UK when it opened 1836.

William died without making a will, so no binding agreement had been made about the distribution of his money, business interests and property after his death.

It left wife Katherine destitute and she was forced to bring up the couple’s five children alone while managing her late husband’s affairs.

She died by suicide in 1844, and the inquest into her death noted that she had had ‘immense anxieties and much to manage’. 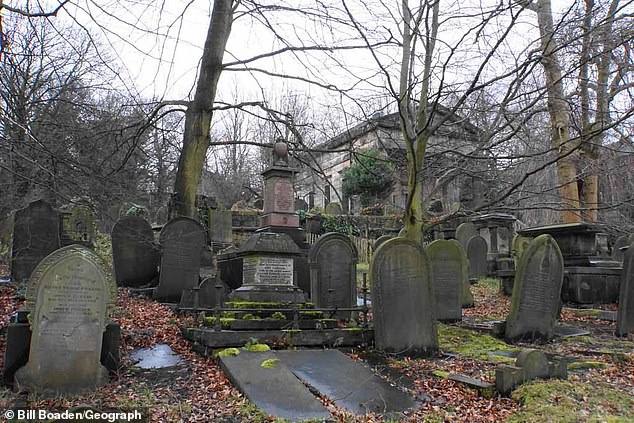 Katherine was a mother-of-five and the wife a cutlery pioneer in the steel city who was left ‘destitute’ when her husband died without making a will. She hung herself in 1844 and reportedly haunts Sheffield General Cemetery (pictured)

Group leader Rachel Parsons believes the image captured on camera could well be Katherine as she reportedly haunts the graveyard.

Rachel, 48, said: ‘We decided to visit the cemetery because it has so much history behind it and in a way the monuments there are really beautiful.

‘So many prominent figures from the steel and cutlery industry who are synonymous with Sheffield’s history are buried there.

‘As if often the case with our visits, we don’t realise what we have captured on camera until you get home and review the footage.

‘In this case, we were informed by a viewer that there was a floating white lady by one of the graves at around 11.30pm.

‘On the way round I sensed a woman, and a woman with mental health problems for that matter, and it followed me around the whole cemetery.

‘It was quite unnerving and it felt like she didn’t want us there. It felt like she was a tormented woman and it made me feel uneasy most the way round.

‘When I read up on the history of the place and saw Katherine’s sad story, it jumped out and me and I thought straight away it must be her.

‘A lot of the graves have quite lavish stone decorations and I thought at first maybe the image was part of a grave.

‘But you can see its completely translucent and we’ve had people go back to that same spot and there is nothing like that there.

‘It certainly gave us the creeps. When I picked up on a woman with severe mental health issues and got the image and then found about her, it all just tied together.

‘One of the most prominent memorials in the cemetery is William Parker’s, it’s a Grade II listed monument, and it must be a place she visited often.’ 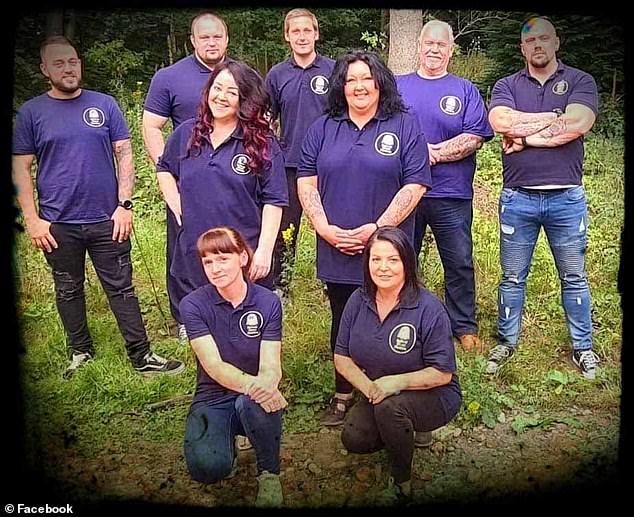 Sheffield General Cemetery was also one of the first privately-run, landscaped cemeteries to open outside London.

It was built as a response to overcrowded burial grounds following a huge cholera outbreak in 1832 as many of the pandemic victims had to be buried in mass graves.

Rachel, who has taken part in paranormal investigations for 20 years, added: ‘I suppose it was quite a fitting place to visit considering we’re in a pandemic of our own.

‘But we never dreamed we’d capture something his compelling on camera. We believe its fantastic evidence but we don’t force our beliefs on others.

‘It’s up to individual people what they make of it – but nonetheless it’s certainly great in time for Halloween.’