Washington: Iconoclastic journalist Glenn Greenwald resigned from The Intercept, signaling an abrupt and acrimonious end to his time at the publication he co-founded in 2014 with journalists Jeremy Scahill and Laura Poitras.

Greenwald, who shared the 2014 Pulitzer Prize Winner in Public Service for his reporting on National Security Agency domestic surveillance that was uncovered by contractor Edward Snowden, said his departure was related to a piece that he planned to write about former vice-president Joe Biden. 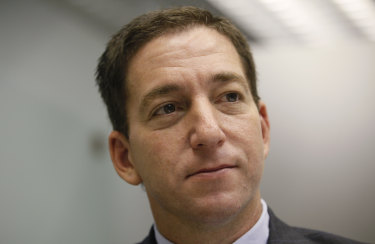 In a lengthy note published on Substack on Thursday afternoon, local time, Greenwald said the publication refused to publish the piece, "in violation of my contractual right of editorial freedom," unless he removed "all sections critical of Democratic presidential candidate Joe Biden, the candidate vehemently supported by all New-York-based Intercept editors involved in this effort at suppression."

The Intercept strongly countered those claims, with editor-in-chief Betsy Reed telling The Washington Post in an email "it is absolutely not true that Glenn Greenwald was asked to remove all sections critical of Joe Biden from his article. He was asked to support his claims and innuendo about corrupt actions by Joe Biden with evidence."

The Intercept, which is published by non-profit First Look Media, called it "a preposterous charge that The Intercept's editors and reporters, with the lone noble exception of Glenn Greenwald, have betrayed our mission to engage in fearless investigative journalism because we have been seduced by the lure of a Joe Biden presidency."

"A brief glance at the stories The Intercept has published on Joe Biden will suffice to refute those claims," the statement continued.

Greenwald "believes that anyone who diagrees with him is corrupt, and anyone who presumes to edit his words is a censor."

Greenwald said that when the editors refused to let him publish the article elsewhere, he proposed that they "air their disagreements with me by writing their own articles that critique my perspectives and letting readers decide who is right, the way any confident and healthy media outlet would," he wrote.

"But modern media outlets do not air dissent; they quash it. So censorship of my article, rather than engagement with it, was the path these Biden-supporting editors chose."

He made numerous other claims in his lengthy departure note, which the Intercept said it would address in time. "For now, it is important to make clear that our goal in editing his work was to ensure that it would be accurate and fair," the statement reads. 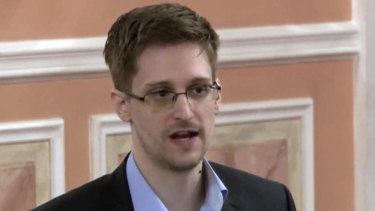 Greenwald, received a Pulitzer Prize for his reporting on National Security Agency domestic surveillance that was uncovered by contractor Edward Snowden.Credit:AP

"While he accuses us of political bias, it was he who was attempting to recycle a political campaign's – the Trump campaign's – dubious claims and launder them as journalism."

Greenwald has emerged in recent years as a harsh critic of the mainstream media, and has become a regular guest on the Fox News Channel, especially on Tucker Carlson's nightly show. In particular, he accused media companies of boarding the "Russiagate train" by hyping up stories about collaboration between the Trump campaign and the Russian government actors.

Greenwald said he would publish the Biden piece on his own Substack online platform, and would plan to continue publishing on the channel. He also said he had been "exploring the possibility of creating a new media outlet" for months.

"Like anyone with young children, a family and numerous obligations, I do this with some trepidation, but also with the conviction that there is no other choice," he wrote.

"I could not sleep at night knowing that I allowed any institution to censor what I want to say and believe – least of all a media outlet I co-founded with the explicit goal of ensuring this never happens to other journalists, let alone to me, let alone because I have written an article critical of a powerful Democratic politician vehemently supported by the editors in the imminent national election."

The Intercept said it had no doubt that Greenwald would "launch a new media venture where he will face no collaboration with editors – such is the era of Substack and Patreon."

"In that context, it makes good business sense for Glenn to position himself as the last true guardian of investigative journalism and to smear his longtime colleagues and friends as partisan hacks," the Intercept statement reads.

"We get it. But facts are facts and The Intercept record of fearless, rigorous, independent journalism speaks for itself."