‘I’m older than Captain Tom AND I have walked further!’: Great-grandmother, 104, is walking marathon distance of 26.2 miles for charity after being inspired by NHS hero who raised £32m

A 104-year-old  great great-grandmother is determined to walk a marathon distance of 26.2 miles for charity after being inspired by Captain Sir Tom Moore who raised £32m.

Centenarian Ruth Saunders aims to walk 104 laps of the roads around her home in Newbury, Berkshire, following the example of Sir Tom.

The great-grandmother got the idea to cover a marathon distance from her granddaughter, after she started going on daily walks during lockdown. 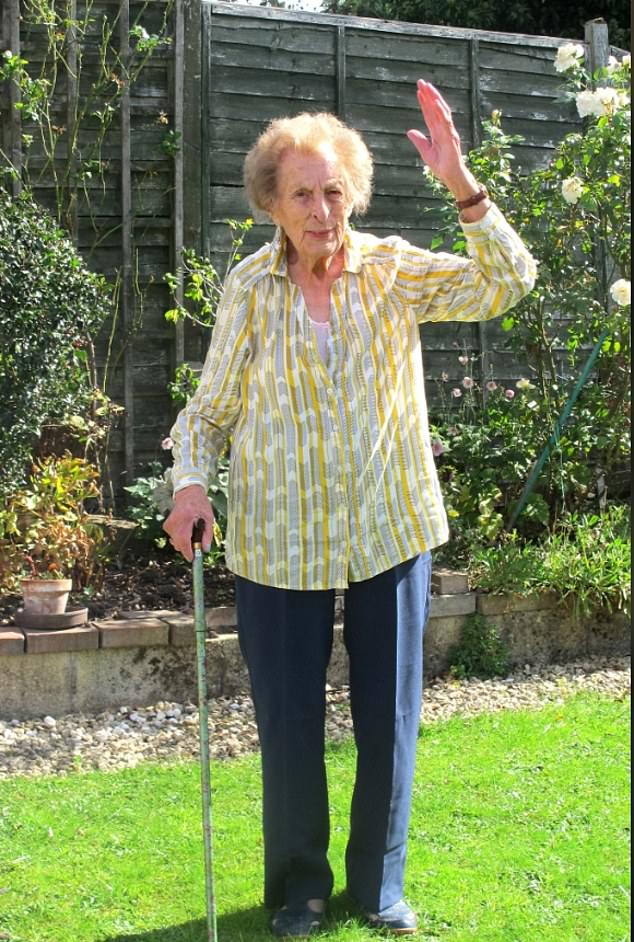 She started the challenge on the 8th of September and aims to complete it in 104 days before the weather gets colder.

She is going out three times  per day,has around 30 laps of her house to complete and her goal is to raise funds for the Thames Valley Air Ambulance.

Her inspiration was the NHS hero Captain Sir Tom Moore who raised more than £32 million by walking  100 laps of his Bedfordshire garden for his 100 birthday.

Thanks to his achievement, he Second World War veteran was knighted by the Queen, broke two Guinness World Records and scored a Number One single.

There will also be a film based on his life story next year. 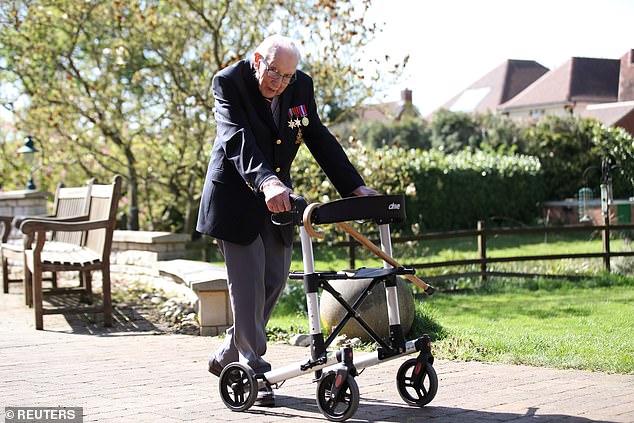 Inspired by his example Mrs Ruth Saunders said to the BBC she thinks she could beat him as she is older.

‘And I’d beat him because he didn’t do as far as I’m doing.

Her friend Sylvia House has set up a Just Giving page for anyone wishing to support Ruth. 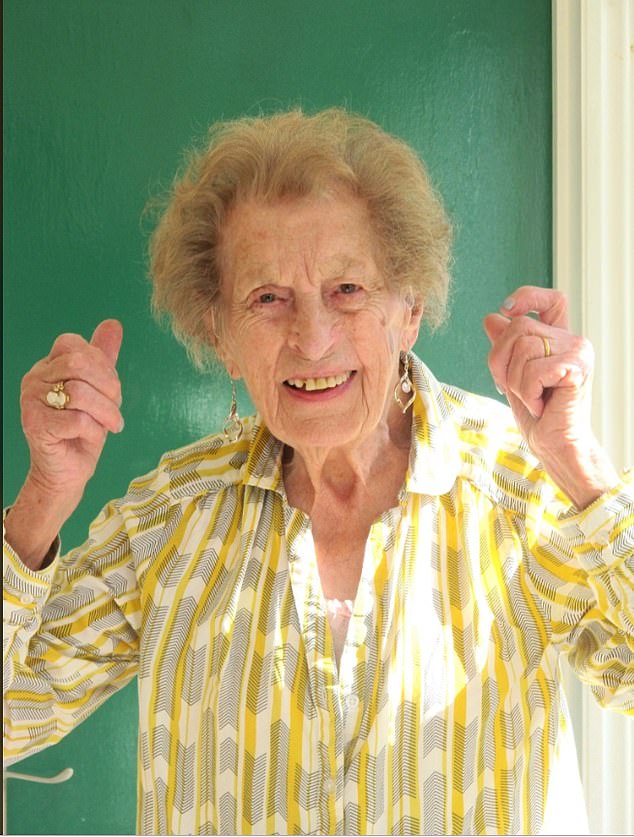 The 104-year-old is aiming to walk a marathon distance of 26.2 miles to raise funds for charity

She said  to Newbury Today her goal was to do something to help Thames Valley Air Ambulance.

She said: ‘You could say that Captain Tom is my role model.

‘I saw what he did in the paper and just thought that if he could do it, so could I, even though I am four years older.

‘I am not setting any cash targets. I just want to make as much as I can.’