Washington: The Biden administration’s tax enforcement proposal would require that cryptocurrency transfers over $US10,000 ($12,860) be reported to the Internal Revenue Service and would more than double the IRS workforce over a decade, the US Treasury said on Thursday (Friday AEST).

The plans were part of a Treasury report detailing the Biden Administration’s proposal to invest some $US80 billion into the US tax agency through 2031 to improve compliance an revenue collections. 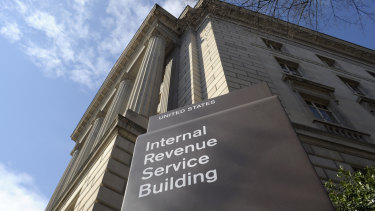 The Biden Administration wants to beef up the Internal Revenue Service.Credit:AP

“As with cash transactions, businesses that receive cryptoassets with a fair market value of more than $US10,000 would also be reported on,” the Treasury said in the report, which noted that these assets, are likely to grow in importance over the next decade as a part of business income.

Cryptocurrency assets currently have a market capitalisation of about $US2 trillion.

The Treasury disclosure blunted a rally in the dollar value of bitcoin on Thursday – to a 6 per cent gain from an earlier 10 per cent rise. The gains came a day after bitcoin fell as much as 30 per cent and number two digital currency ether fell 45 per cent.

The reporting requirements, depending on how they are structured, could also allow the government to gain insight about US companies that are extorted to pay hackers ransoms, almost invariably in cryptocurrency, to regain control of their IT systems. 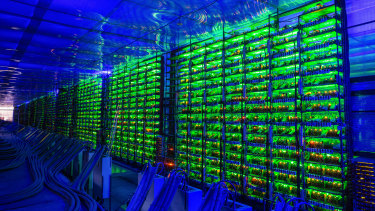 Law enforcement and private sector cybersecurity experts alike have complained that a lack of transparency around these ransonware incidents contributes to their continued occurrence.

It said the investment plan would allow for the hiring of least 5000 additional enforcement personnel over the decade.

The Treasury said its proposal would shrink by about 10 per cent the “tax gap” that it estimates at about $7 trillion or 3 per cent of US economic output over the next decade, raising some $700 billion in a “conservative” estimate.

The tax gap – the difference between taxes legally owed and those collected by the IRS – was estimated at $584 billion in 2019, according to the policy paper.

By the second decade, it estimated that the investments would yield $1.6 trillion in additional revenue, as revenue agents hired in prior years gain experience in dealing with highly complex tax returns filed by wealthy individuals.

The IRS investment plan also would replace the Treasury’s 1960s-era computer architecture with new machine-learning-capable systems that will be better able to detect suspect tax returns. IRS is the only federal agency with computers that run on the antiquated Common Business-Oriented Language (COBOL) system, Treasury said.