Hayes man, 37, found strangled to death in an alleyway

Police launch murder probe after man, 37, was found strangled to death in a west London alleyway

A murder investigation has been launched after a 37-year-old man was found strangled to death in an alleyway at the weekend.

Baljit Singh, from Hayes, was found dead off Station Road in the west London town just before 11pm on Saturday night.

Police say he suffered a ‘vicious beating’ and believe he was involved in an argument with two others before his death. 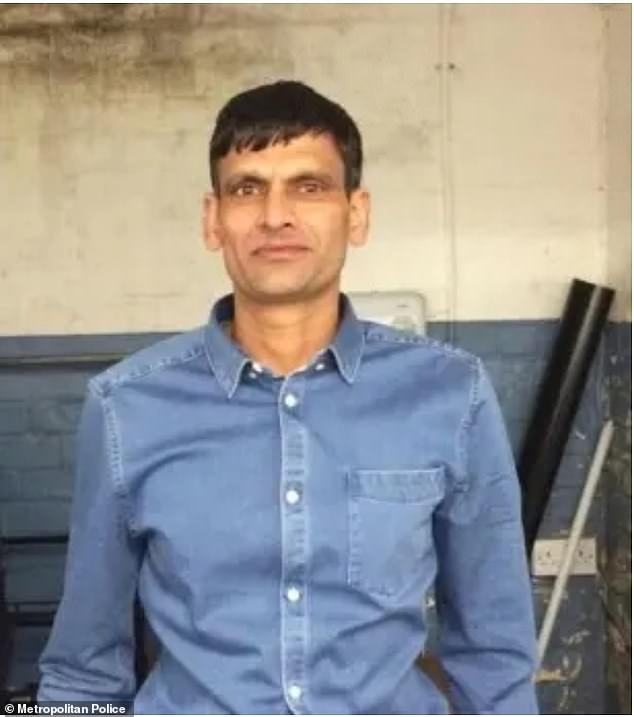 Baljit Singh, 37, was found dead in an alleyway in Hayes, west London on Saturday night

DCI Helen Rance, who is leading the investigation, said: ‘Mr Singh was subjected to a vicious assault; the severity of which has caused him to lose his life. My officers are working through hours of CCTV footage and speaking with people in the area to establish what has happened and identify those responsible.’

Mr Singh was pronounced dead at the scene after police and paramedics were called out to an alleyway off Station Road in Hayes on Saturday night.

Mr Singh’s next of kin have been informed.

A post-mortem at Fulham mortuary on Monday gave the cause of death as ‘compression to the neck’.

Officers from the Met’s Specialist Crime Command (Homicide) would like to trace two Mr Singh was since in the company of just prior to his death. It is believed a disagreement may have taken place and Mr Singh was assaulted.

DCI Rance added: ‘I would like to appeal directly to anyone who was in the vicinity of Station Road, Hayes from around 10pm onwards on Saturday night who may have seen the victim in company with two individuals. Alternatively if anyone is aware of the victim’s movements earlier that day we would be keen to hear from them.’

Alternatively to give information anonymously, contact the independent charity Crimestoppers on 0800 555 111.