Louis O’Neill, 24, was furloughed from his job at Centre Parcs in March so passed the time by gaming with friends online. 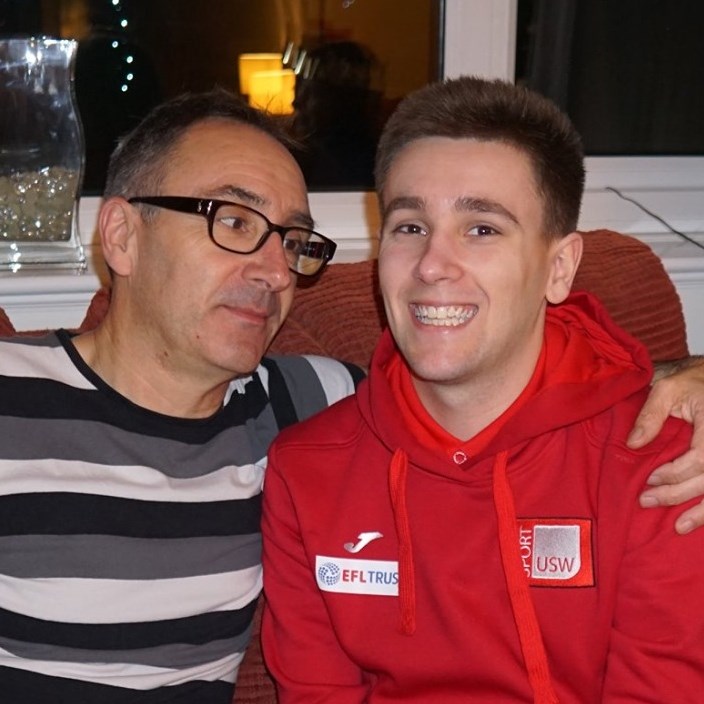 He spent hours at home “absorbed by the screen” before feeling unwell and complaining of a pain his leg.

Doctors on 111 thought it could be food poisoning but his conditioned quickly worsened.

On June 3 Louis was found bent over at the top of the stairs.

His family called 111 again but Louis died before the paramedics arrived.

His grieving dad Stanley Greening, 56, has warned of the dangers of being inactive for long periods – especially during coronavirus lockdown.

“Not from the evil virus, but because of it. His young life, barely begun still trying to find his feet, just torn away.

“The devastation after seeing my dear boy go like that I am in a living hell.

“This damn lockdown. After being furloughed he took to his gaming world to escape. Caught up in a virtual world he became less active, so easily done.

“Hours fly by when absorbed by the screen, I’ve done it countless times myself.

“But no one, and I mean no one, ever in a million years would have predicted a blood clot.

“And just like that, it ripped my son away and I died inside along with him.” 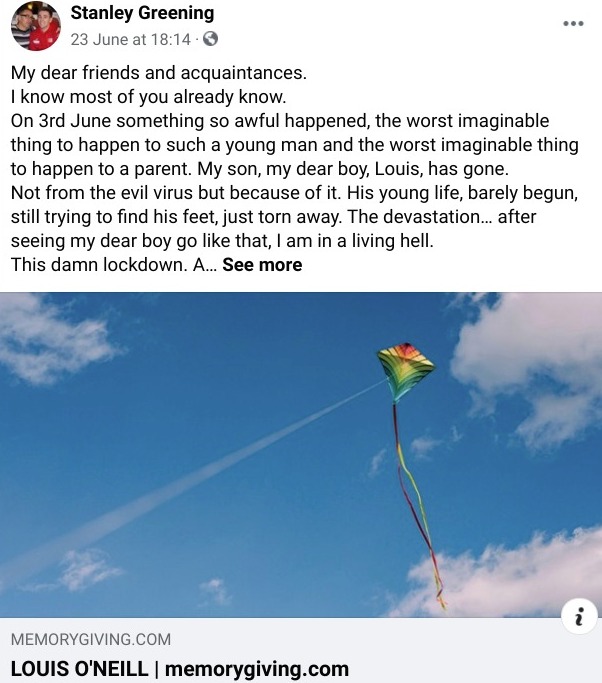 Stanley, from Harlington, Bedfordshire, added: “This terrible thing was preventable had he or we known such risks.

“It is very rare in such circumstances but speaking to medical professionals I discover there have been a number of cases in youngsters during this lockdown.

“Like many I associate it with older people and something we are warned about on planes.

“As more and more of us are working from home it is likely you are not getting out your chair as much as you need.

“Stand up, walk around, and please, warn your kids.

“If I can prevent one loss in my son’s name then that’s one bright light that will shine on Louis. So stand up for Louis.”

Louis died from deep vein thrombosis – a blood clot in a vein, usually the leg.

His funeral was held on June 24th and his family are raising money for a youth sports charity in his memory. 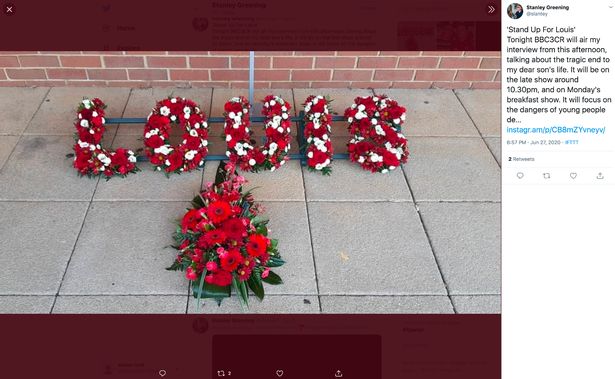