A FIGHT between a rat and a pigeon in New York City's streets looked like it might be to the death, until a man with a pipe came to the rescue.

A video clip of the brawl, captured in the streets of Brooklyn and featuring two of the city's most notorious dwellers, has since gone viral. 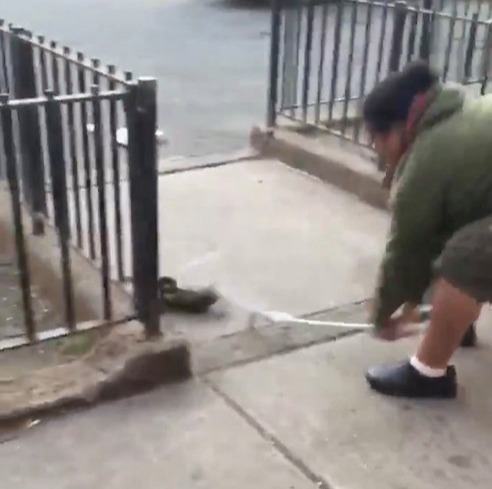 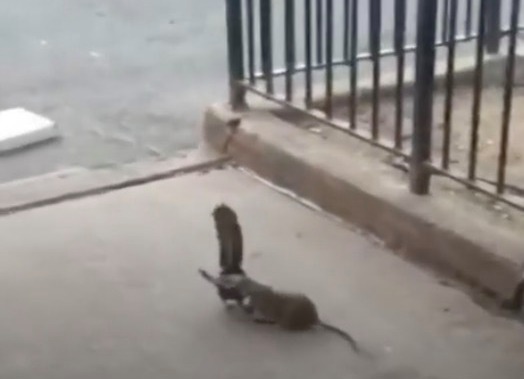 The video shows the rat ruthlessly attacking the pigeon, which is flapping its wings desperately, looking like the battle might come to a tragic close.

However, a man with a pipe steps in and sends both the animals scurrying away.

The rat takes off a high speed, while the pigeon takes a few seconds to get back on its feet.

While it looked like the rat with wings (as many New Yorkers like to call them) was on the loosing end of the epic brawl, the pigeon struts away after the fight, looking relatively unscathed. 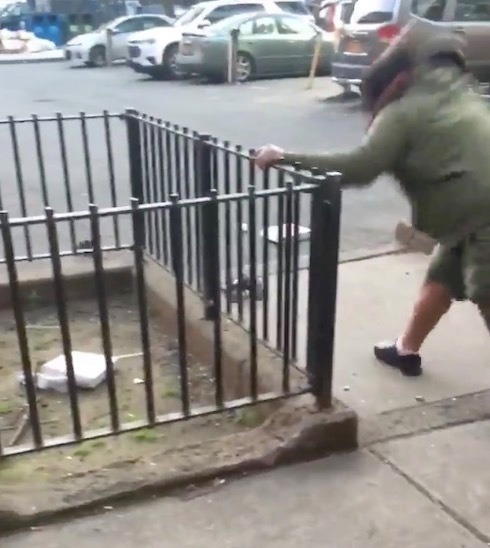 Naquazia Gresham, who filmed the fight, told the New York Post she actually captured the footage in May, but it went viral on Twitter this week.

She said the pigeon had been injured before the brawl broke out, and the rat saw an easy prey.

"I saw the little pigeon that was hurt and it was kind staggering and injured and out of nowhere, the rat came and just literally attacked it," she said.

She explained that her friend grabbed the pipe to come to the pigeon's rescue.

"He said something just came over him where he was like, 'You have to help the bird,'" she said.

"So he attacked the rat to get off the bird."

"If you’ve ever been to Brooklyn or know someone from Brooklyn then you are like, ‘that is Brooklyn for real,'" she added.