THE HILARIOUS moment a feisty goose fends off two tigers has been gone viral after the animal appears to claim the zoo enclosure as its new turf.

The incident, which was filmed at the Baoding Agricultural Ecological Park in the Chinese province of Hebei, captured the moment the courageous bird faced off against the two mammals in a clip that has now been widely shared on social media. 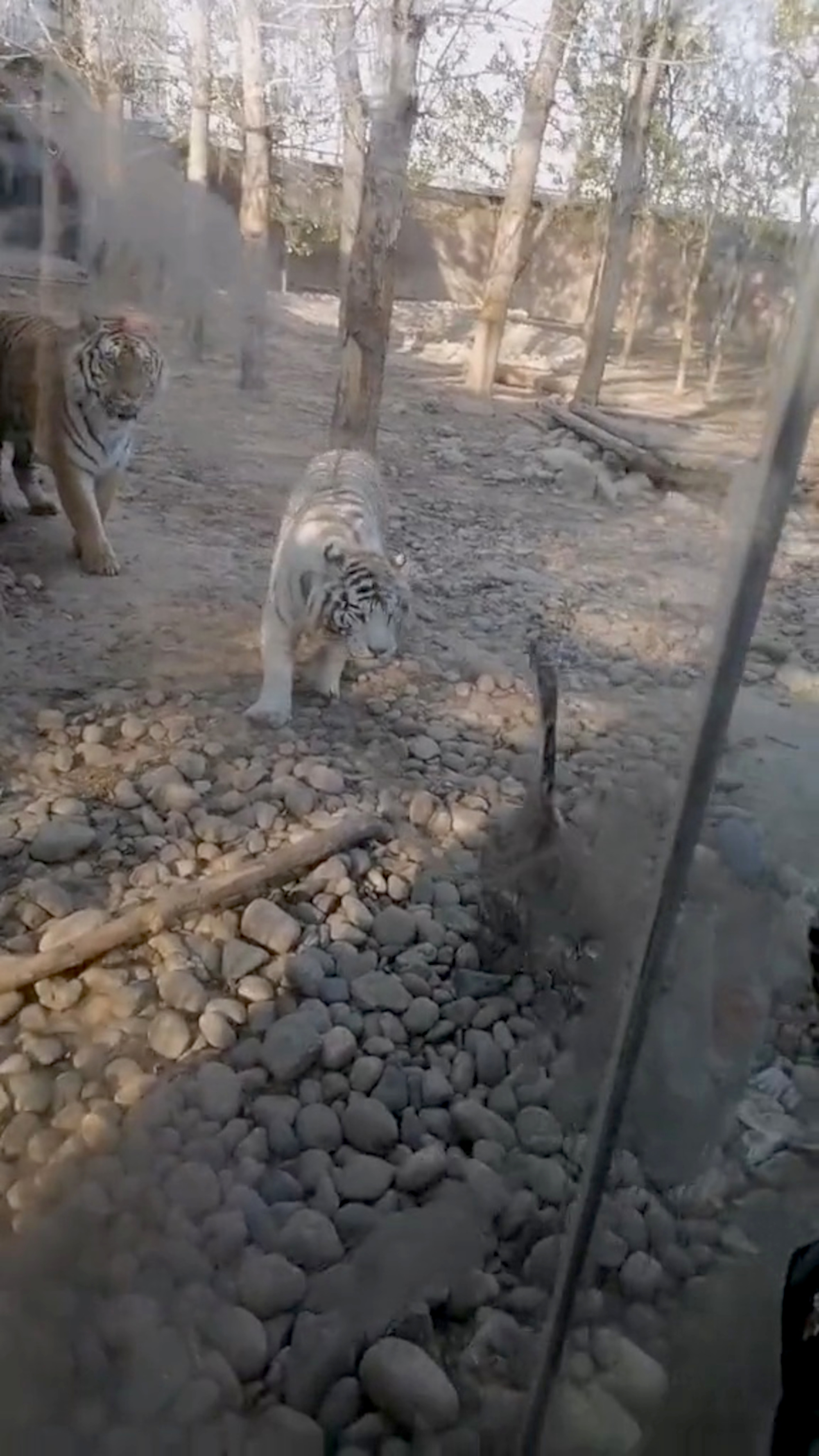 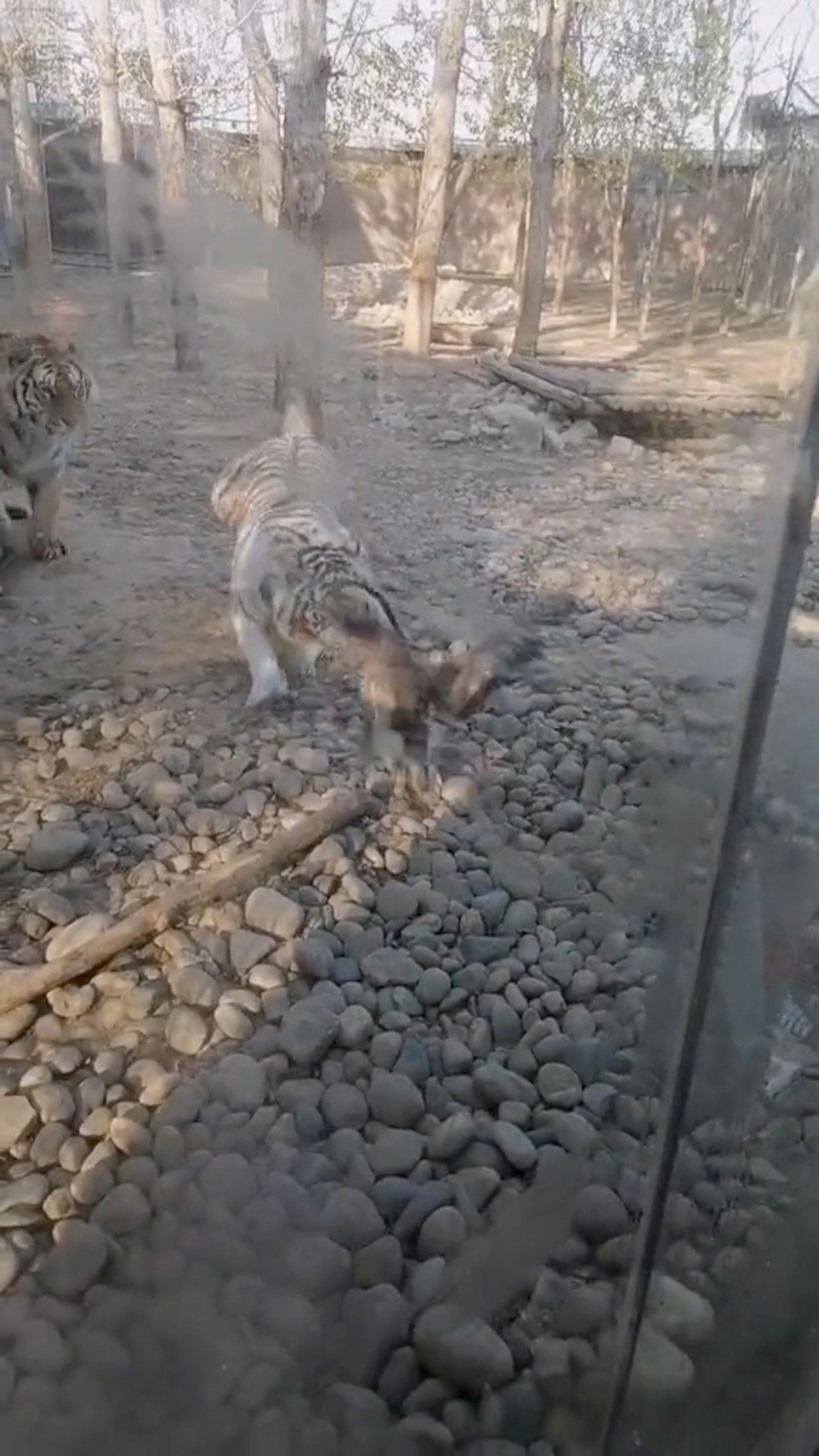 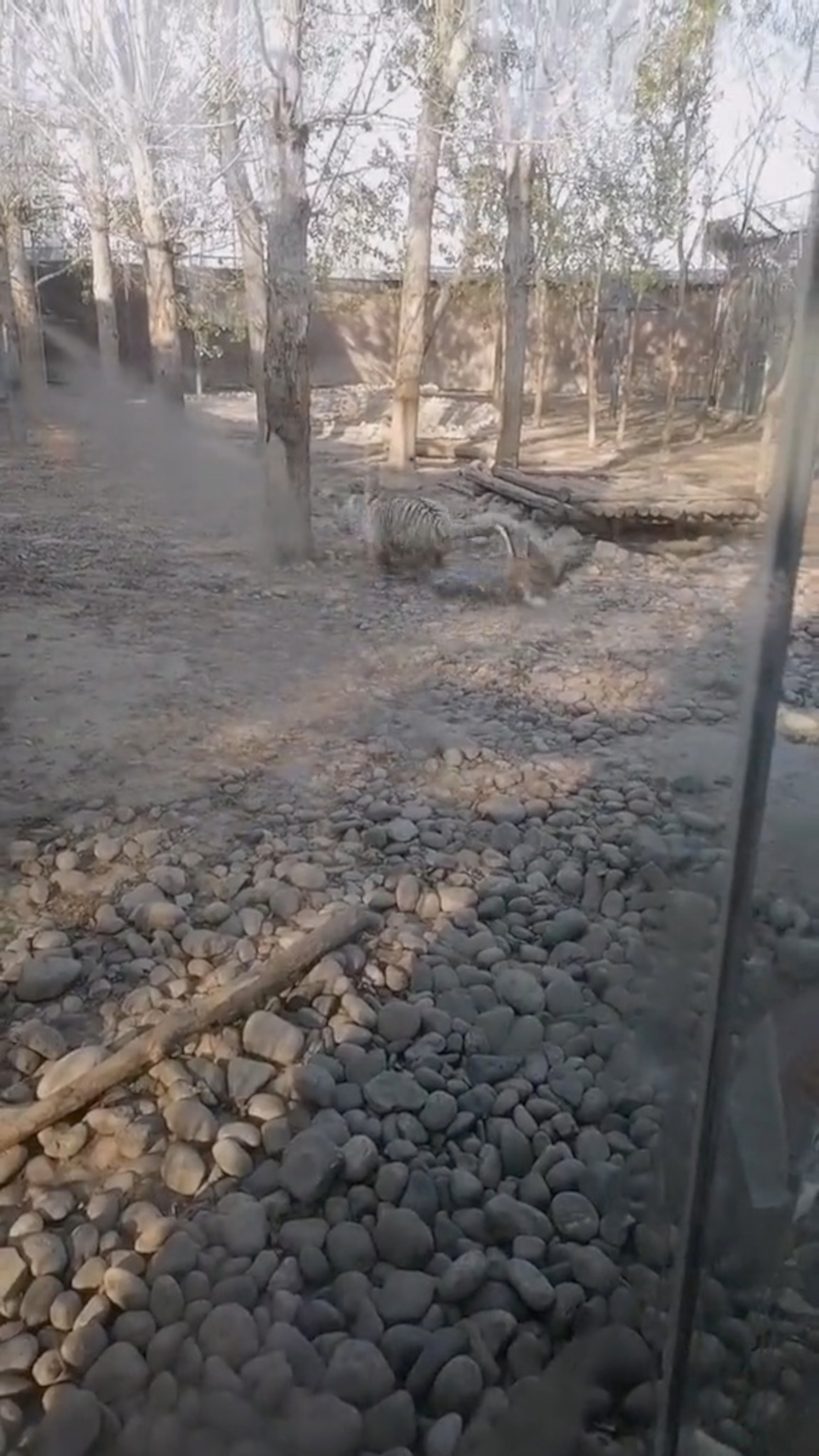 In the footage, two tigers are seen stalking the lone goose in front of a crowd of onlookers before it suddenly lunges forwards and pokes the white tiger between the eyes.

Flapping its wings as it goes, the feisty goose then chases after the tiger and sends it scampering away as the crowd laughs.

The white tiger is then seen creeping up to the goose and getting hit between the eyes again.

A crowd of onlookers continue to laugh as both tigers turn and run in fear from the angry bird.

The goose is then seen strutting around the area of the enclosure as it claims it as its own.

Meanwhile, the big cats lie on the grass, looking on in defeat.

It is unclear how the goose had ended up flying into the tiger's cage, or whether it had been placed there as food, but it certainly made an impression with onlookers and online viewers alike captivated by the incident.

It is even more impressive as one of the tigers in question was a white tiger, a variant of Bengal and Siberian descent.

When compared to normal-coloured Bengal tigers, white Bengal tigers tend to grow faster and heavier. They also tend to be somewhat bigger at birth and as grown adults.

Almost all these white tigers live in zoos because they find it difficult to hunt prey with their bright colouring.

Therefore, their chances of survival without the natural camouflage in the wild are remote. 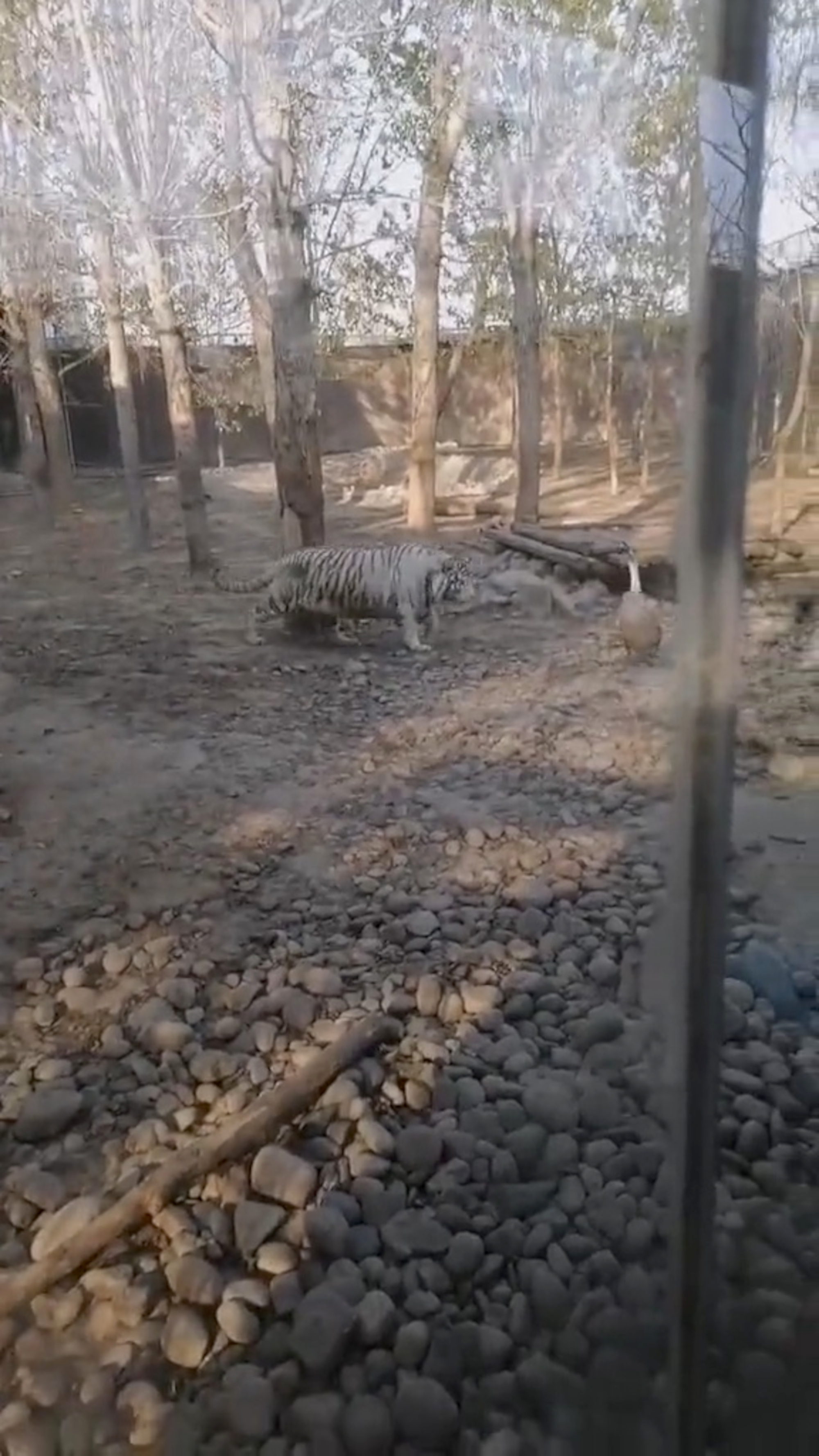 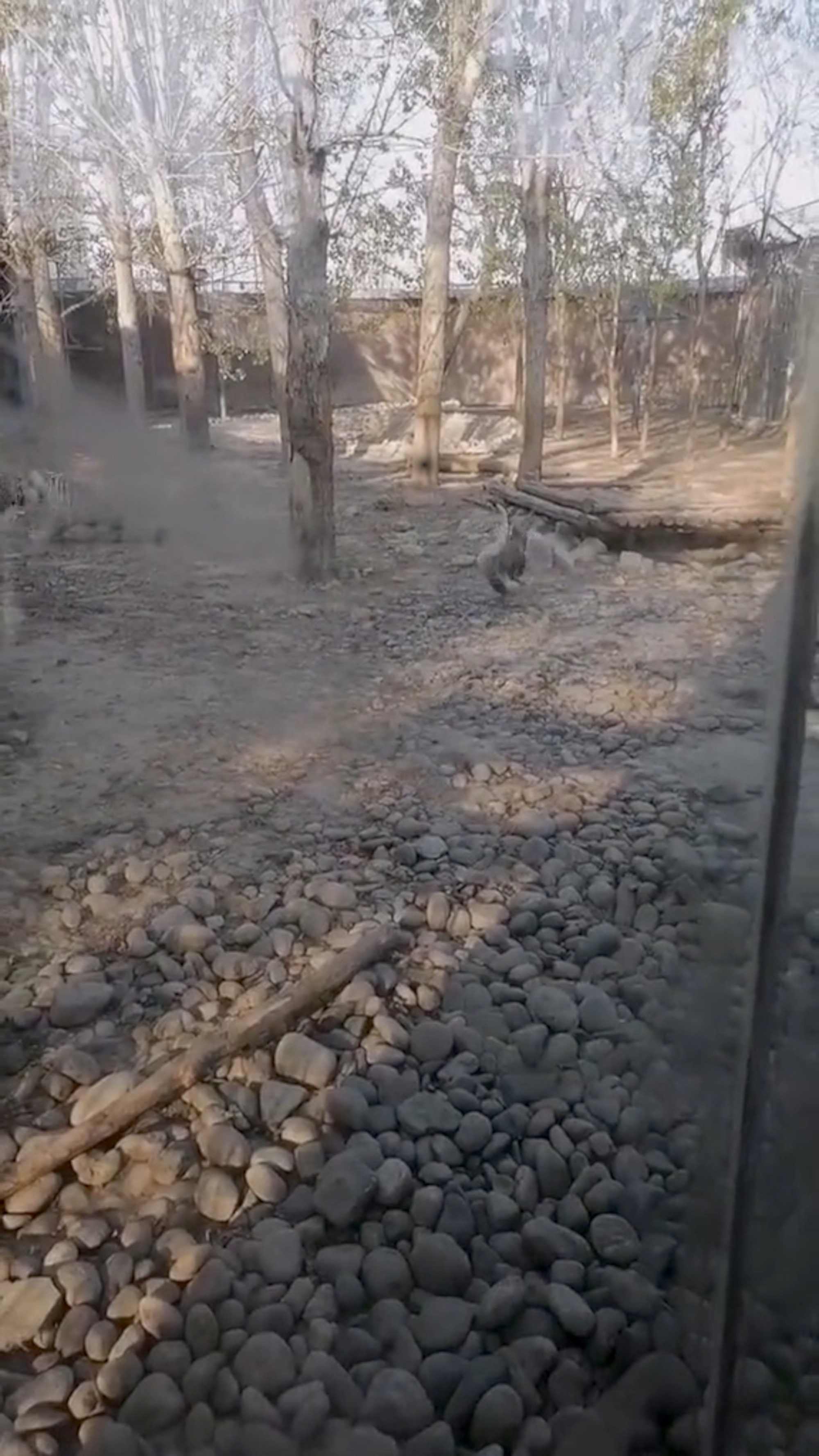