A HONG KONG policeman has allegedly been stabbed by a protester as sweeping and repressive new Chinese security laws come into place.

Protesters have been out on the streets in defiance of China, which just passed a law banning protests and demonstrations in the semi-autonomous city. 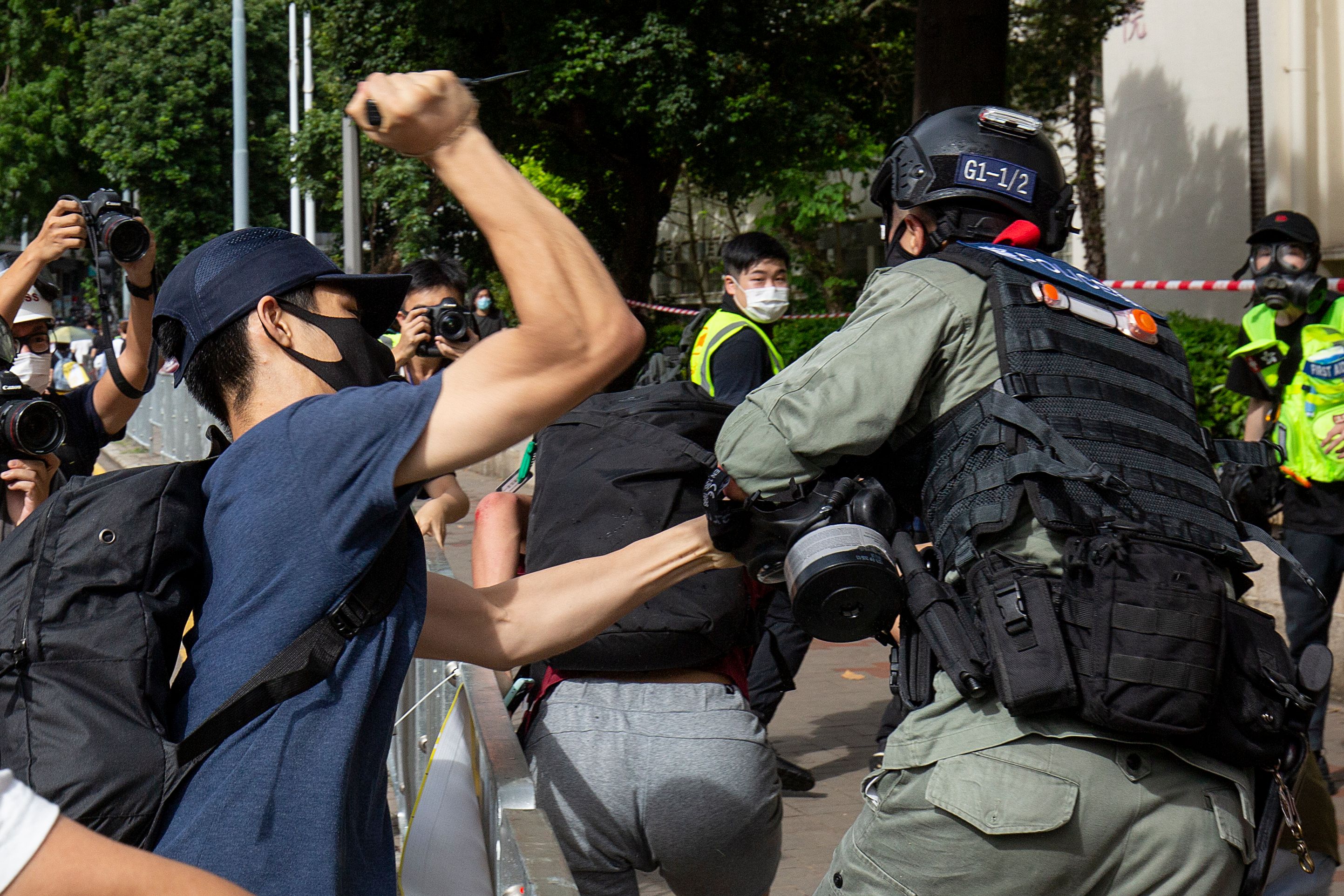 The police officer was pictured with a blood soaked shirt after someone put an aproximately 1 inch gash in his left shoulder.

HK Police posted pictures on Twitter of the officer being given stitches, saying he was stabbed by “rioters holding sharp objects.”

The suspects fled, while bystanders offered no help, police said.

In a tweet showing un-filtered pictures of the injuries Hong Kong Police Force wrote: "During a #HKProtest, an officer was stabbed in the arm by rioters holding sharp objects when he was taking arrest action.

"While the by-standers offered no helping hand, suspects fled. #HKPolice express the strongest condemnation against such violent act." 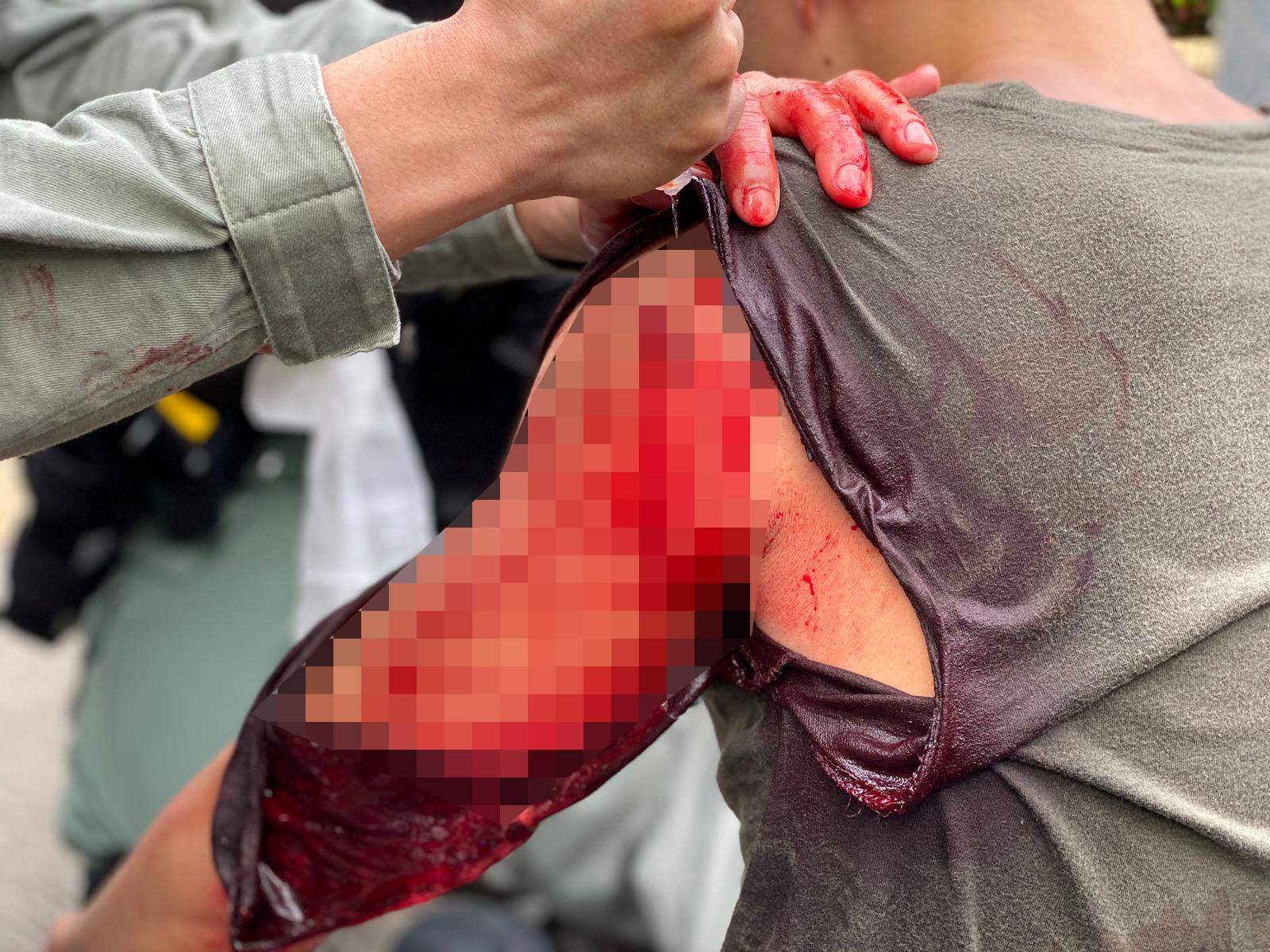 There were 70 arrests made, their first under the new legislation while warning of punishment for calling for secession or subversion.

Beijing only unveiled the details of the much-anticipated law late on Tuesday after weeks of uncertainty and years of public protest and international condemnation.

Former British territory, Hong Kong, is China’s freest city and one of the world’s most glittering financial hubs, guaranteed under a "one country, two systems" rule.

However, the new law will punish crimes of secession, subversion, terrorism and collusion with foreign forces with up to life in prison.

It will also see mainland security agencies in Hong Kong for the first time and allow for extradition to the mainland for trial.

Wednesday saw thousands of protesters gathering downtown for an annual rally marking the anniversary of the former British colony’s handover to China in 1997.

“You are displaying flags or banners/chanting slogans/or conducting yourselves with an intent such as secession or subversion, which may constitute offenses under the national security law,” police said in a message displayed on a purple banner.

Riot police used pepper spray and fired pellets as they made arrests after crowds spilled out into the streets chanting “resist till the end” and “Hong Kong independence”.

Beijing-backed leader, Carrie Lam, said the law was the most important development since the city’s return to Chinese rule.

“It is also an inevitable and prompt decision to restore stability,” Lam said at the harbour-front venue where 23 years ago the last colonial governor, Chris Patten, a staunch critic of the security law, tearfully handed back Hong Kong to Chinese rule.

Some pro-Beijing officials and political commentators say the law is aimed at sealing Hong Kong’s “second return” to the motherland after the first failed to bring residents to heel.

The move is a massive spit in the face of the British, who have promised refuge and citizenship to three million HongKongans if China strips them of their autonomy. 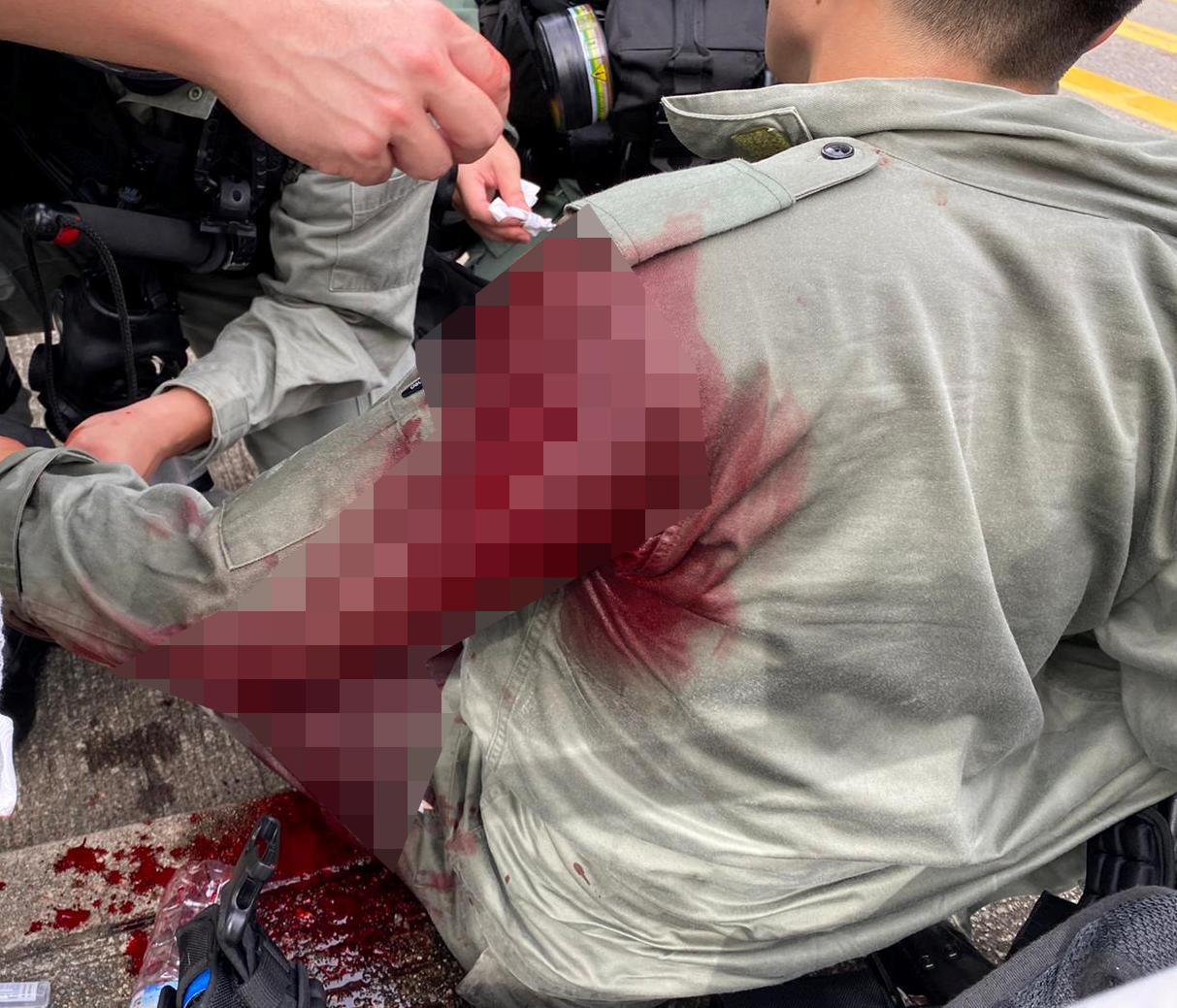 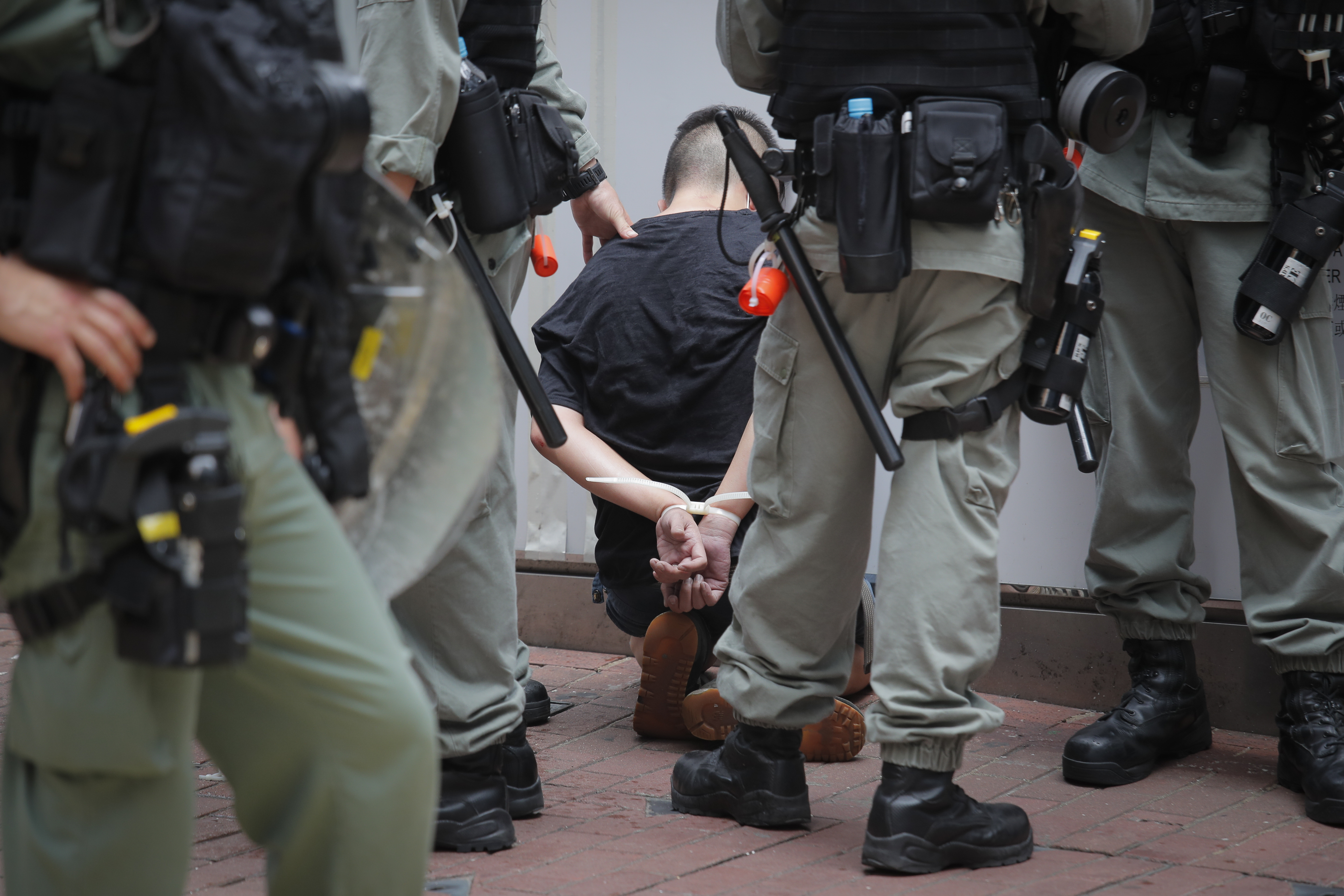 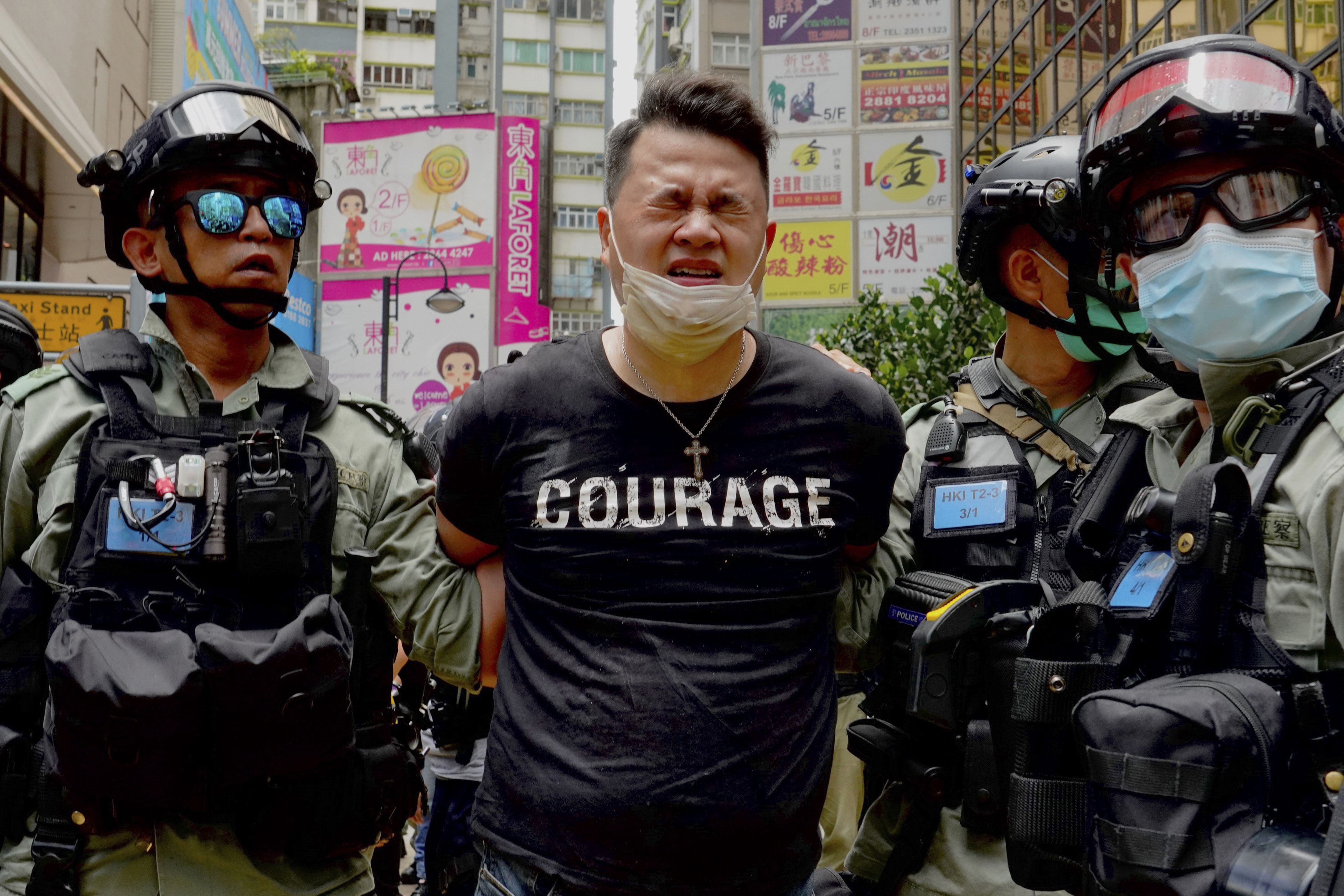 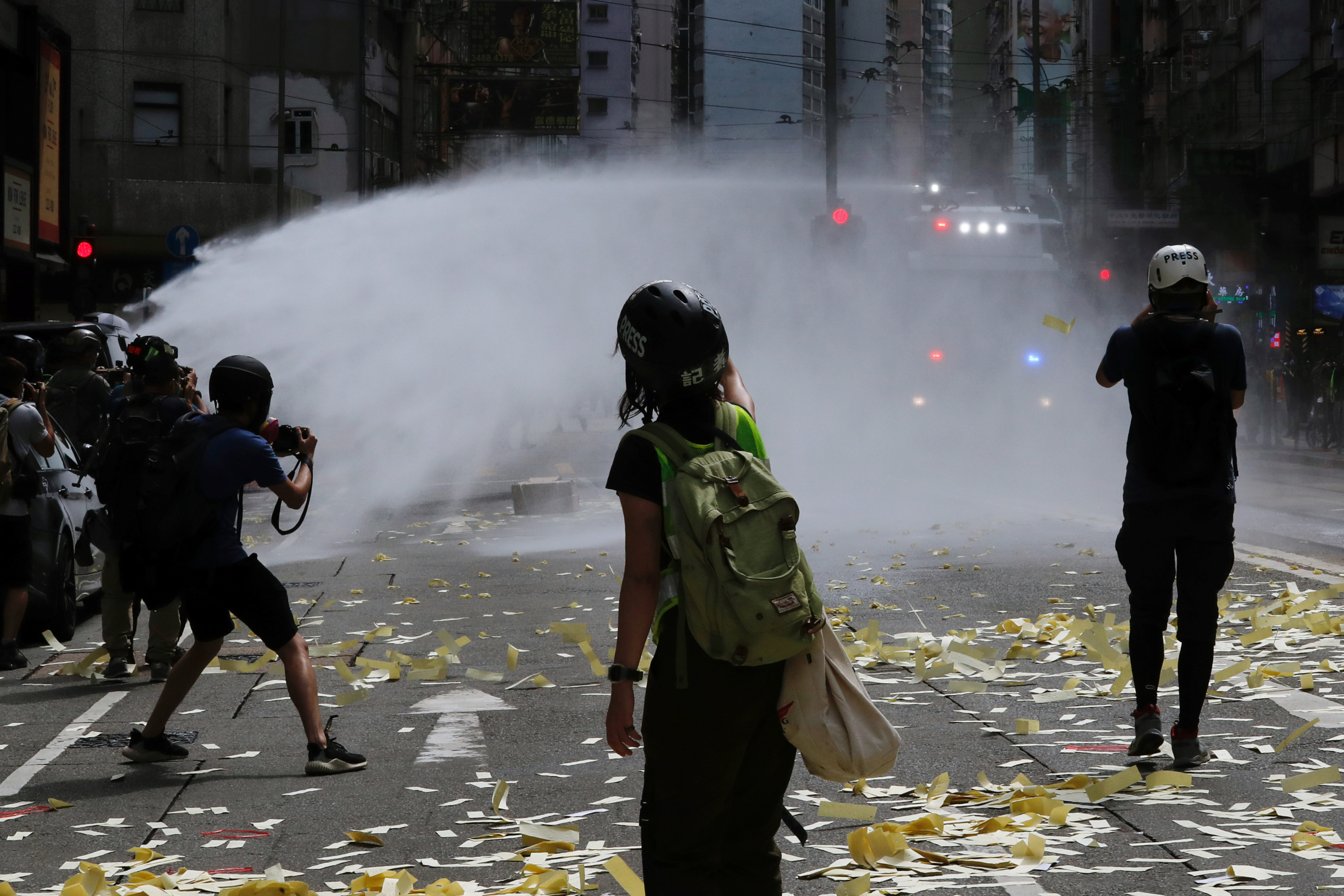