THIS is the horrifying moment a thug throws a pillow case over a pregnant woman's head and punches her repeatedly in the stomach.

The prowler was caught on CCTV following the woman, 20, down an alleyway in Stamford Hill, north east London on Thursday. 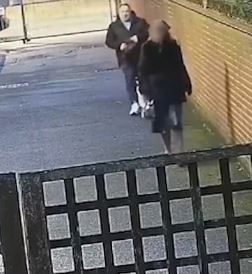 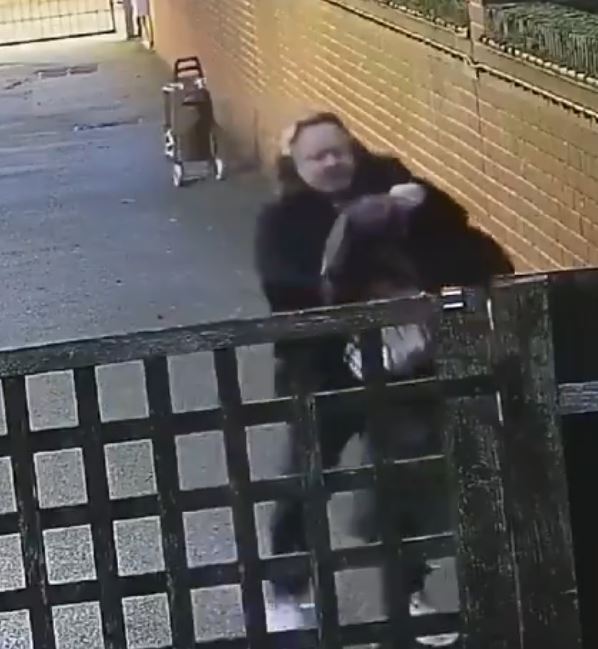 Chilling footage shows the attacker, who is pulling a shopping trolley, stalking the Jewish woman, who is said to be 27 weeks pregnant.

He then runs up behind her and hurls a hood over her head as he launches his cowardly attack from behind while she walks.

In shocking scenes, the man then rains blows on the pregnant woman, punching her four times and hitting her in the stomach.

The suspect is then seen on CCTV fleeing the vicious attack and remains at large.

Do you know who the attacker is, or have any information about what happened? Email [email protected] or call 0207 782 4368

Police enquiries are ongoing to establish if the attack was a hate crime.

The woman was taken to hospital with minor injuries after the horrifying assault.

The Met are appealing for witnesses after the attack on Manor Road at around 6.30pm.

Shomrim, a neighbourhood watch group from the Jewish community, shared footage of the terrifying attack.

The group said the young pregnant victim was Jewish. 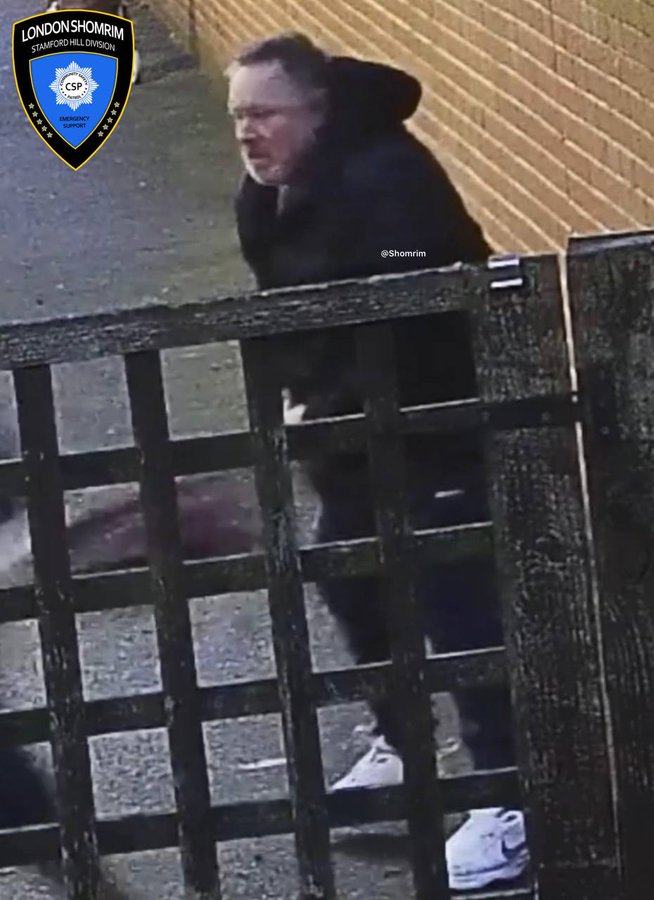 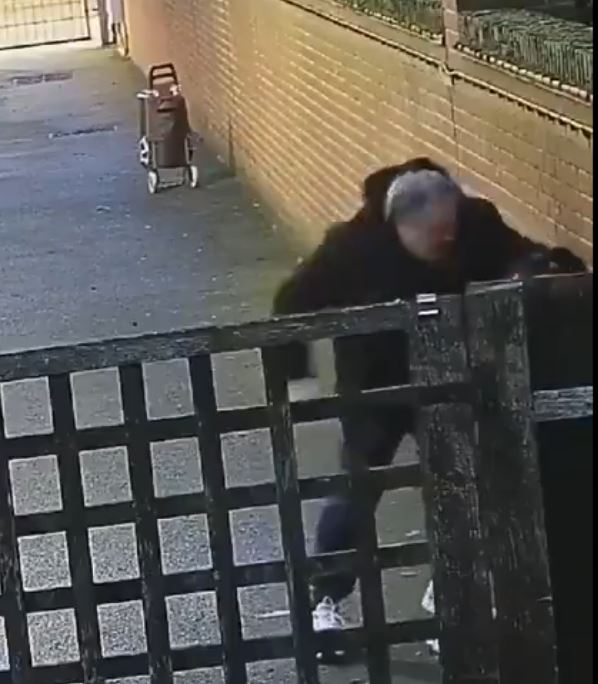 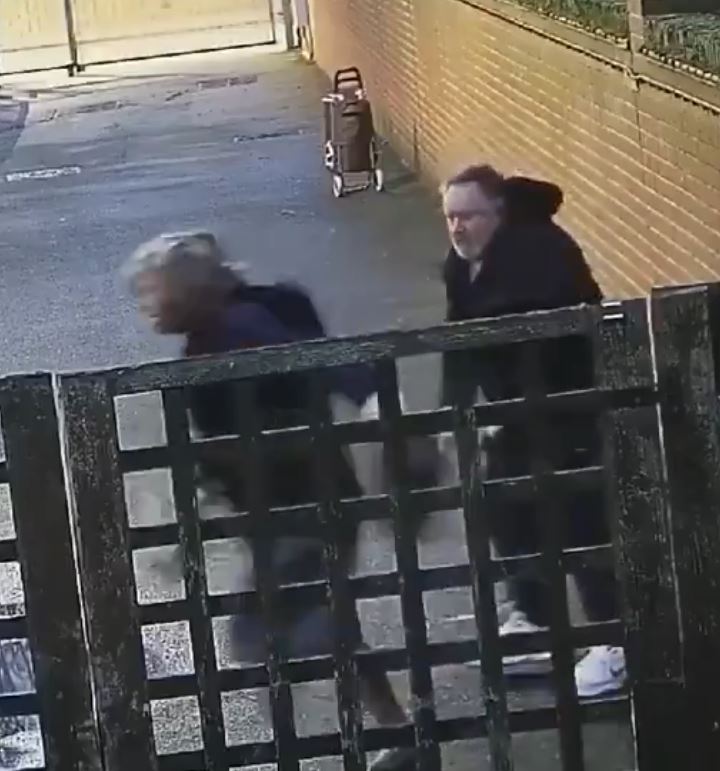 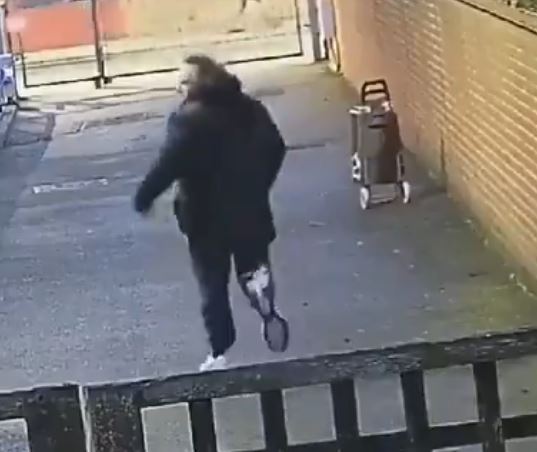 Tweeting out footage of the attack, the group said: "Pregnant woman & her unborn baby survive a horrendous attack after a male suspect attacked her from behind, placed a pillow over her head & punched her in her stomach several times in a vicious unprovoked attack.

"Appeal to identify an extremely dangerous fugitive who is still on the loose after CCTV captures a male viciously attacking a young pregnant woman in Stamford Hill in an unprovoked attack.

"Shomrim volunteers have increased patrols after a recent spike in assaults on lone females."

A police spokesman said: "Detectives are investigating after a woman was assaulted in a Hackney street.

"Police were called shortly after 19:00hrs on Thursday, 18 March regarding an assault that had occurred approximately 30 minutes earlier on Manor Road in Stamford Hill.

"The victim, a 20-year-old woman, informed officers that she had been approached from behind by the suspect, who put a cloth or pillow case over her head before assaulting her.

"The woman was taken to hospital for treatment to minor injuries.

"Officers are carrying out a number of enquiries and are reviewing CCTV cameras in the local area.

"There have been no arrests and enquiries continue." 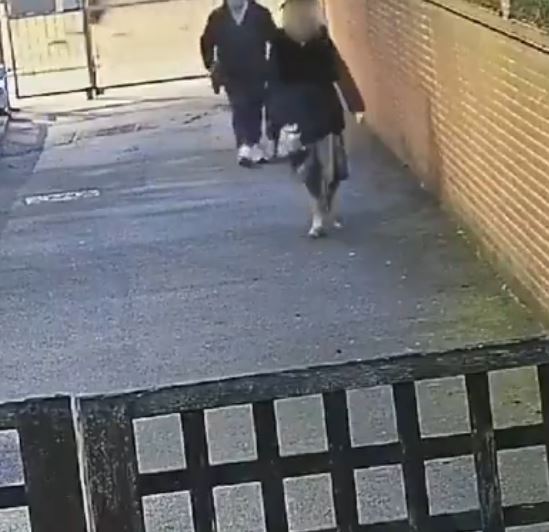 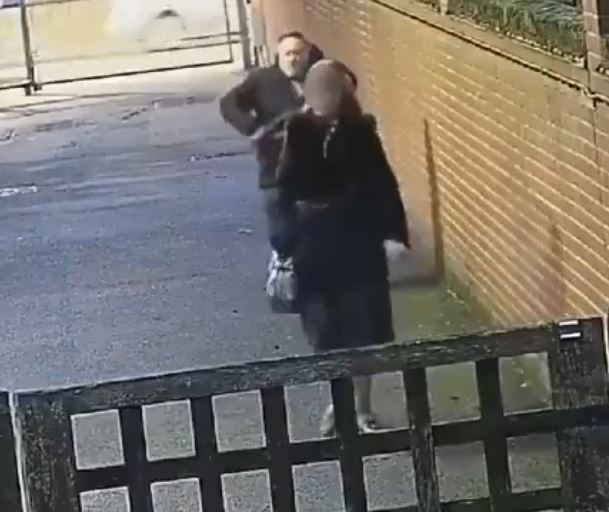