The heartwarming moment a magpie is hosed down during scorching temperatures has been captured on video.

Adorable footage shared to Reddit shows the magpie being showered with water in Mildura, Victoria where the mercury reached a sweltering 37C on Sunday.

‘You know it’s hot when the magpies need watering,’ the video caption read. 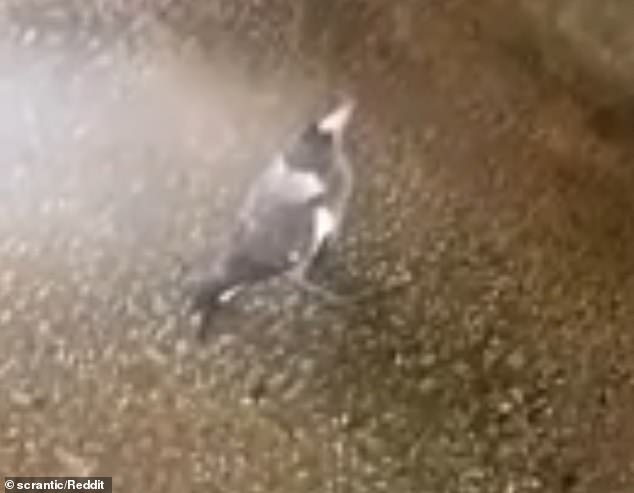 The video showed an animal lover pointing a hose at the magpie as water cooled down the bird.

The bird appears content with the help, as it stands there enjoying the shower spray.

Viewers commended the animal lover for helping the magpie, with many saying they hope they now won’t be attacked by the birds.

‘He will remember you and your good deed. Consider yourself spared during swoopyboi season,’ someone wrote.

‘Hopefully it’ll return the favour by not swooping people!’ another commented.

A sizzling heatwave has hit Australia with temperatures soaring to 45C in some areas as people flocked to the beach. 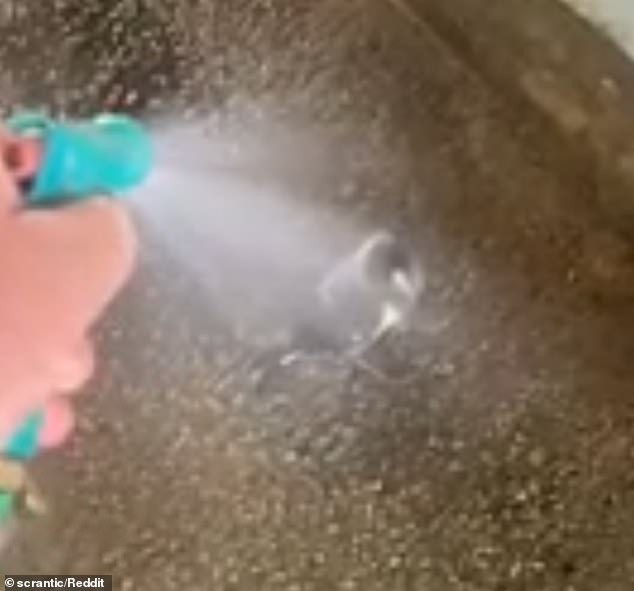 Bureau of Meteorology’s Jonathan How said conditions in the southeast over the weekend would be the warmest since January last year.

‘Sunday will be the peak day of heat in South Australia, climbing as high as 45C along the Murray,’ he said.

‘On Monday, Victoria and Tasmania will see the most intense heat, reaching 41C in Melbourne and 33C in Hobart.’

Sydneysiders were quick to hit the beaches as the mercury peaked at 33C on Sunday.

The hot weather has continued with a maximum of 31C expected on Monday and back to 33C for Tuesday’s public holiday.

Western Sydney bore the brunt of the heatwave with temperatures skyrocketing to 39C on Sunday.

The conditions are not expected to cool until at least Tuesday.