A HOTEL worker with PTSD whose ceiling leaks onto his bed has said it is like “trying to wake up from a nightmare”.

Fabio Freemantle, 37, has lived in Adair Tower in Kensington for 15 years and says the state of his West London flat is triggering his condition. 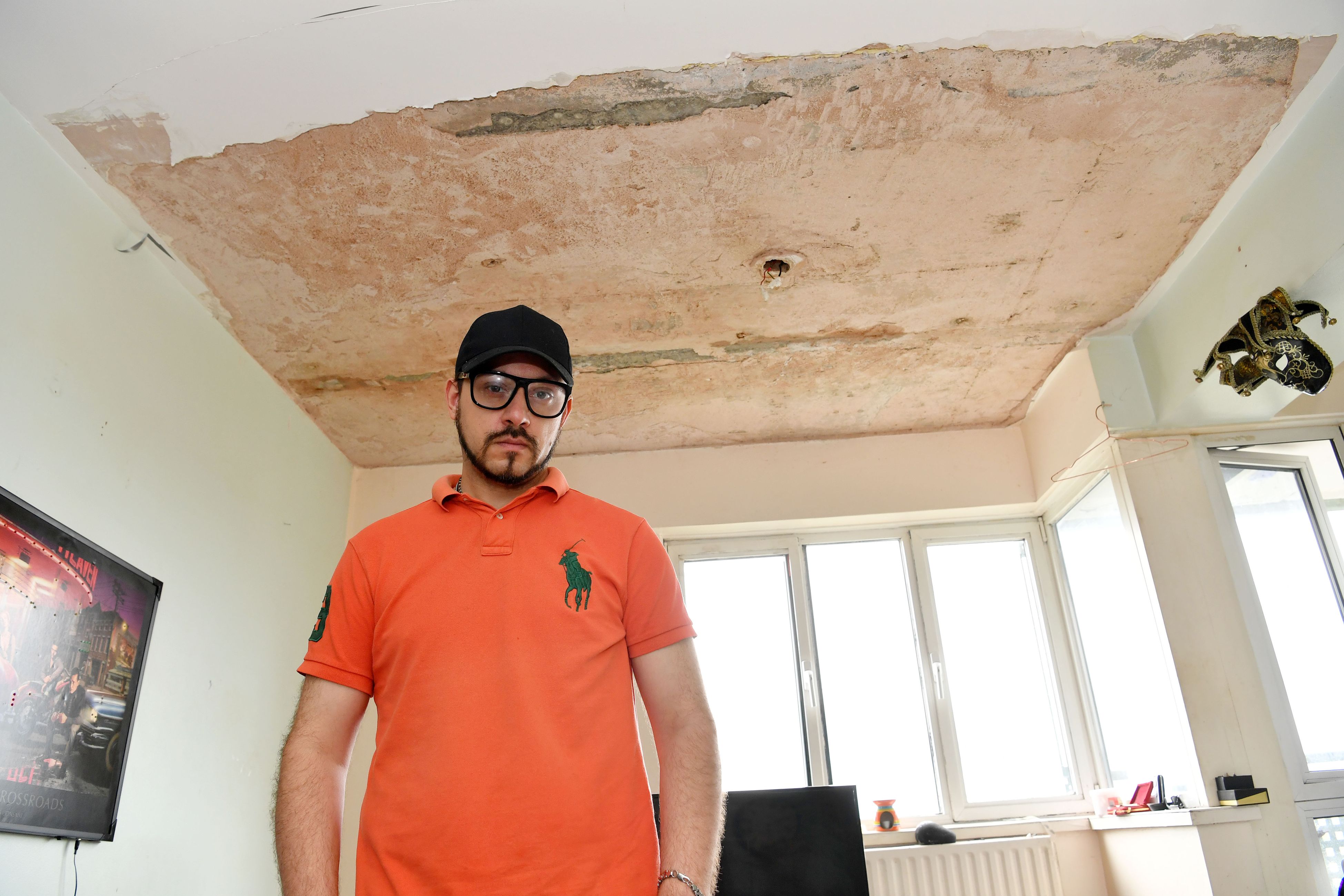 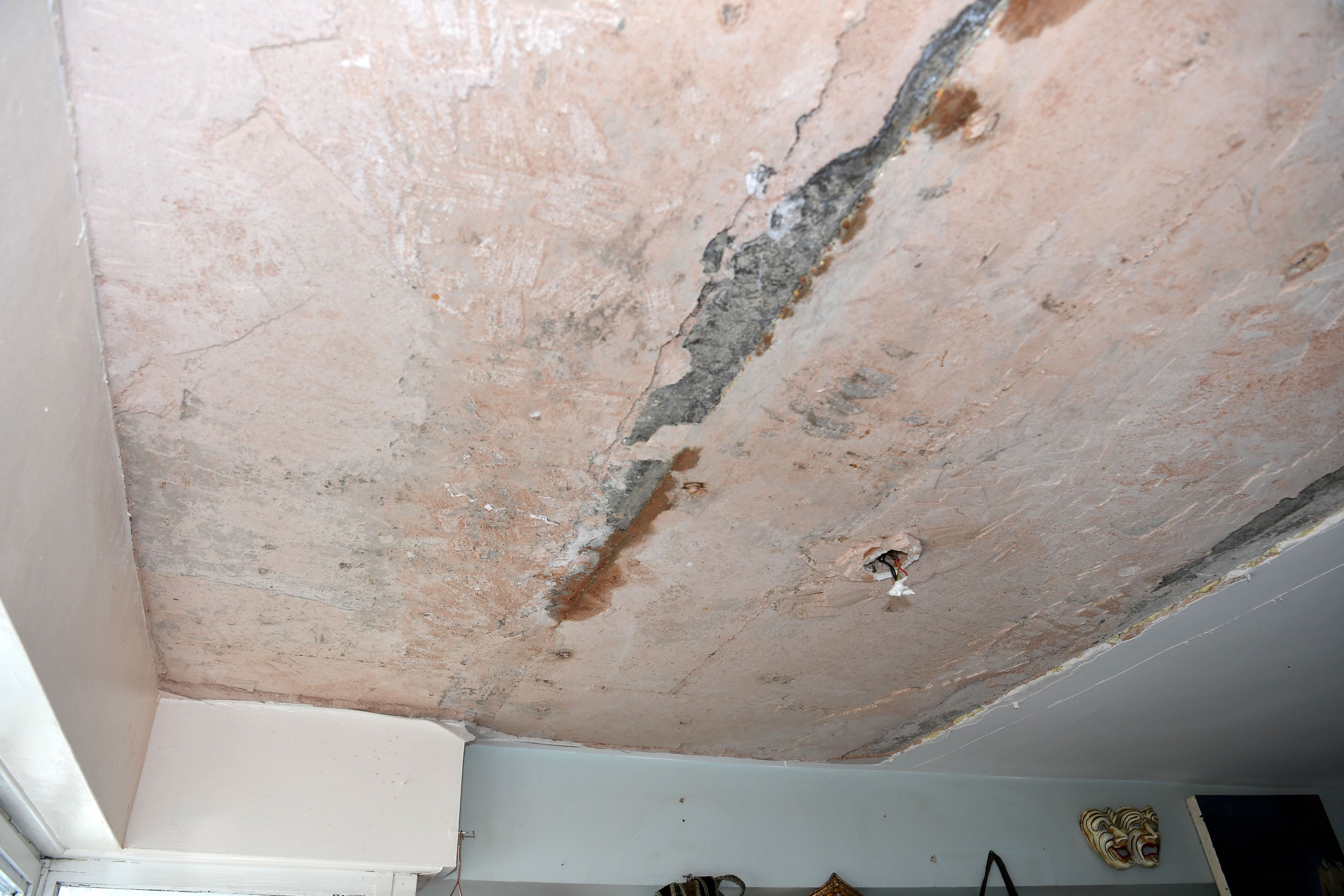 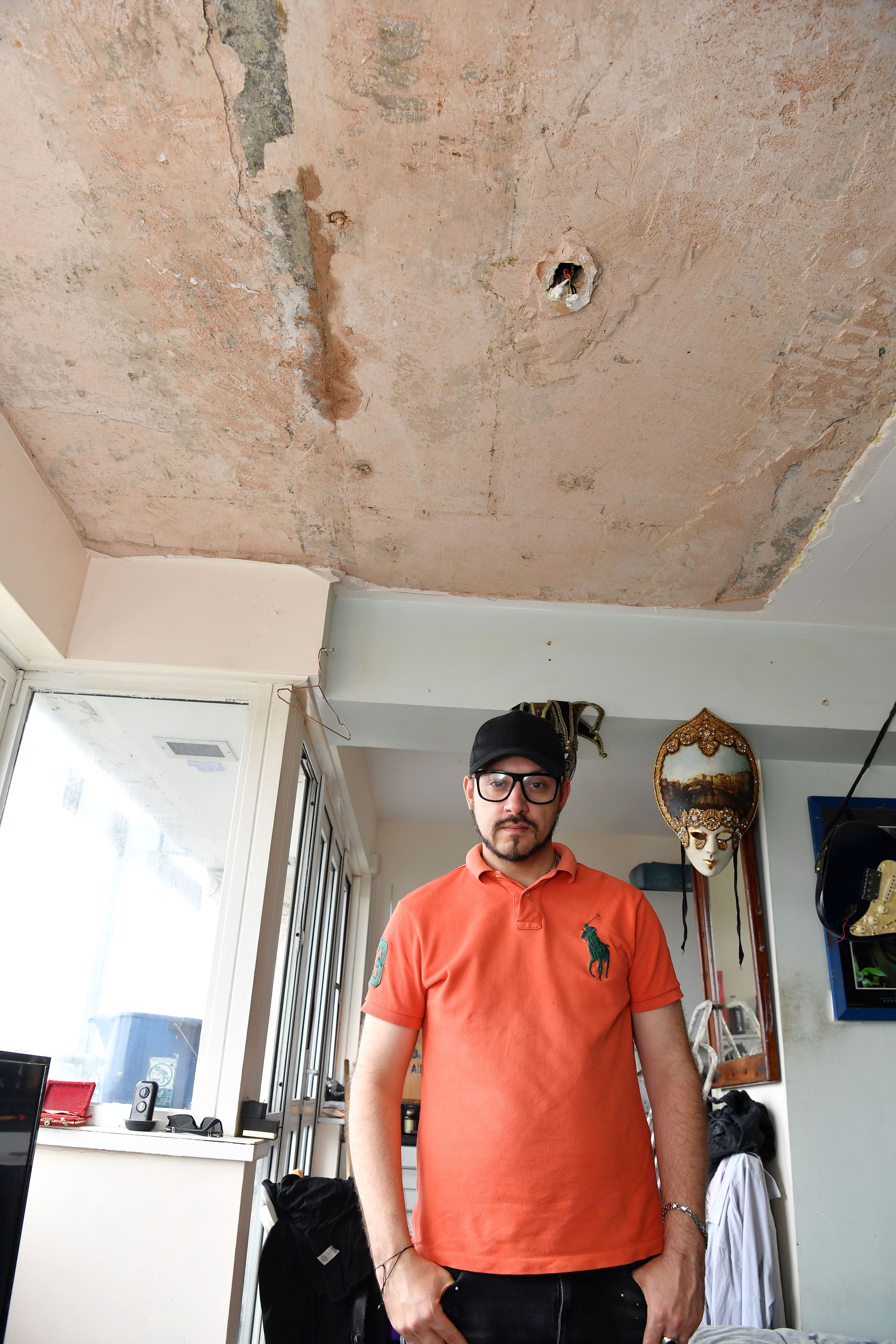 The concierge was forced to live in a hotel after he said he couldn’t cope with the state of his apartment.

He claims he is often woken up by water and loose plaster dripping from his ceiling onto his bed and TV and has said the downpour has wrecked the flat.

Fabio ran for his life when the 13-storey tower block caught fire in 2015, and has said the flat’s disrepair is triggering his PTSD.

Fabio was the final person to escape the building as the flames raged on, sweeping through two apartments that were "completely alight" by the time firefighters arrived.

The 37-year-old narrowly escaped, sprinting down 189 steps to find safety through the building's fire exit, while "covered in carbon", he said.

Fortunately, Fabio escaped without any serious injuries, but 16 others were rushed to hospital.

He said: "When I got out it looked like I was completely drunk because I had so much carbon on me.

“The PTSD is still there when leaks happen in my flat.”

He has set up buckets under the leaky gaps in his roof to catch the water and has said it is a “nightmare.

He added: “It’s like trying to wake up from a nightmare. They threw me to the lions.

“I don’t crumble very easily but how much can one take?”

The leaks come after weeks of bad weather, and last month parts of London were hit by mass flooding.

The most recent leak began just a few days ago and the water has stained his ceiling.

It’s like trying to wake up from a nightmare. They threw me to the lions

He said the leaks started back in 2018 when he watched his ceiling split before damp and mould spread throughout the apartment over the next year.

The issue became so bad he took the Royal Borough of Kensington and Chelsea to court in June and was given £2,800 in damages.

A council spokesperson said: “London has been hit by extreme weather conditions over recent weeks and the unprecedented rainfall in July led to some damage to residents' properties." 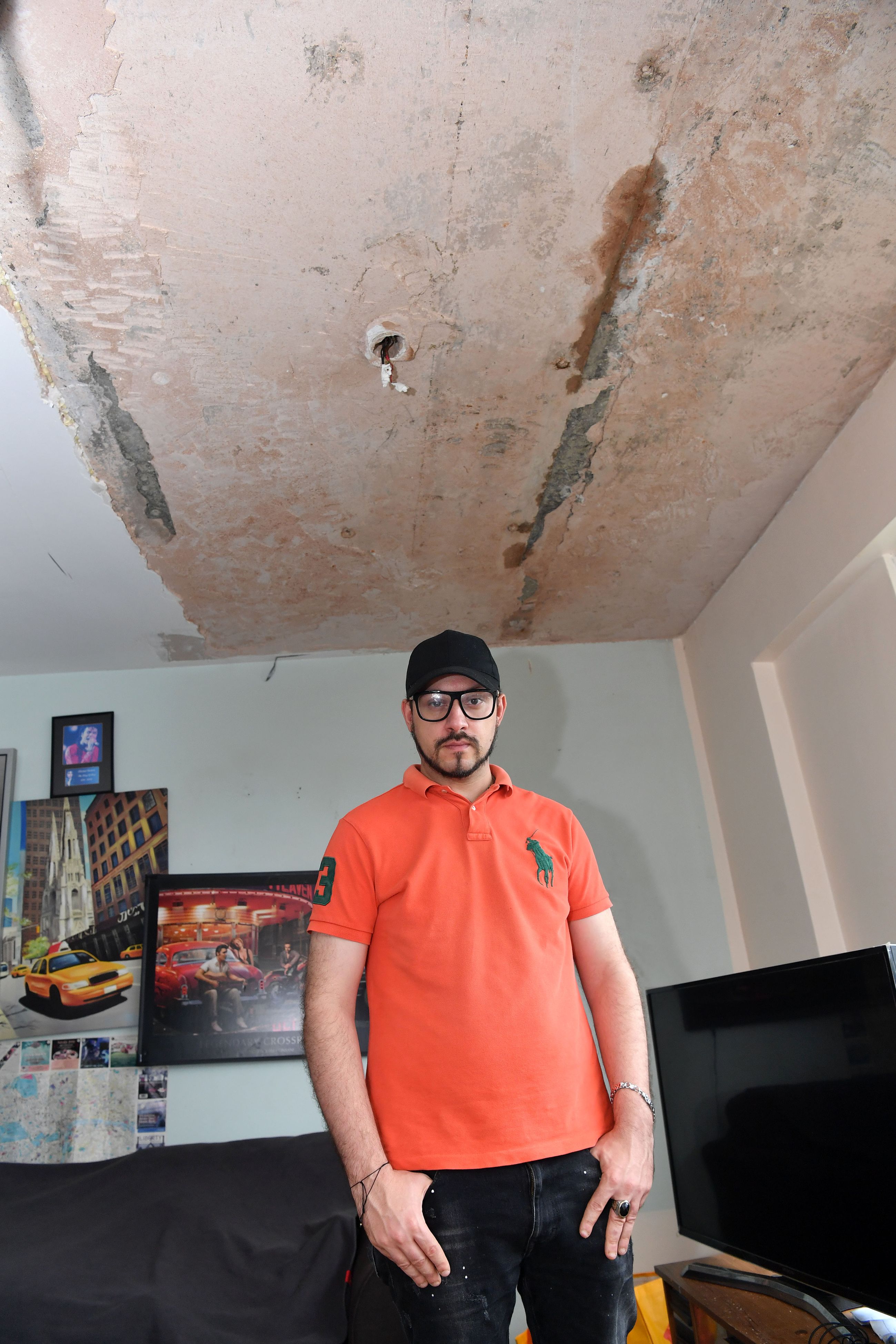 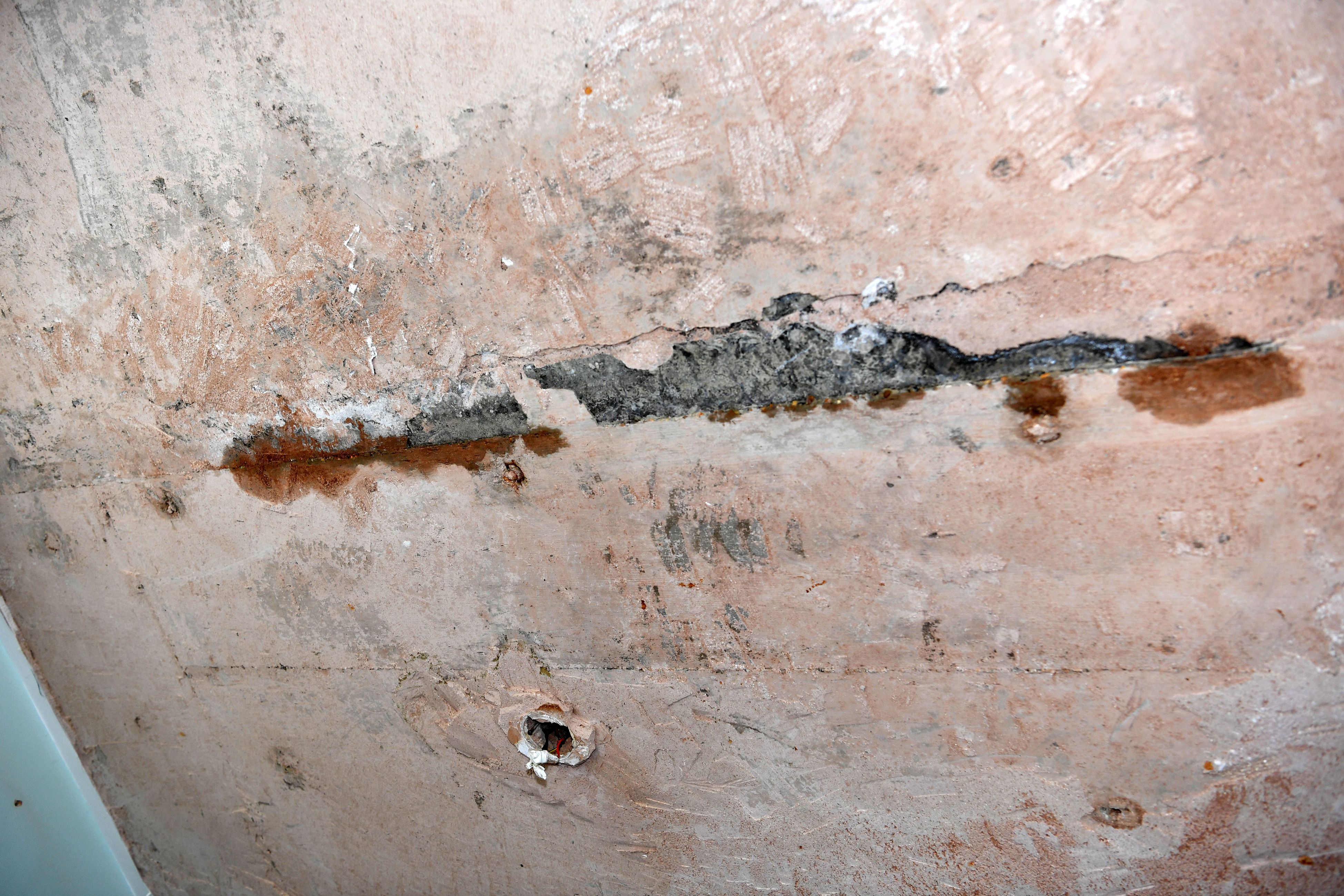