It’s rare that anything good comes from an ugly divorce or root canal treatment.

But these two unfortunate events proved to be a stroke of amazingly good fortune for two investors who were among only a handful who managed to recoup their original investments from fraudster Melissa Caddick.

It was Thursday morning, August 13, 2020, and two women were waiting to have root canal treatment at an endodontist in Sydney’s CBD.

The city was eerily quiet due to the COVID-19 pandemic.

As one woman Prue (not her real name) was later to recount to investigators, she got chatting to the other woman, who mentioned that she normally worked in her financial advisory business in the city. However, like so many thousands of other city workers, she had been working at home during the pandemic. 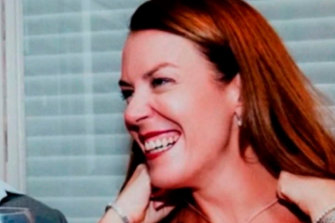 Melissa Caddick, pictured on her wedding day on New Year’s Eve in 2013.

Prue offered that her own financial adviser had a great office set up in her home in Dover Heights.

The other woman said if she was referring to Melissa Caddick, then they needed to speak – urgently, the podcast Liar Liar: Melissa Caddick and the Missing Millions reveals in a new episode on Monday.

From 2012 until she was unmasked in 2020, $30 million of investors’ funds flowed through Caddick’s bank accounts. Over that period, $7 million had been returned to investors, leaving $23 million missing.

Caddick vanished on November 12, 2020, only hours after her Dover Heights home was raided by federal police and investigators from the corporate regulator ASIC in connection to the Ponzi scheme she was running. 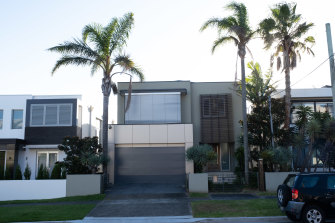 Investors, mainly family and friends, thought their funds were being invested in shares. Instead, Caddick used their money to enjoy a lavish lifestyle, often splashing half a million dollars per year just on overseas holidays.

It was in Aspen in January 2020, during one of Caddick’s annual month-long trips to the upmarket ski resort, when Prue met the con artist.

Caddick volunteered that she was a successful financial adviser, and she would love to take on Prue as a client, but she said she had a strict rule of taking only 15 clients at any one time.

However, a few weeks after they returned to Sydney, a place became available.

The success of Prue’s first $1 million investment, which achieved a return of 11.16 per cent, encouraged further deposits. By mid-June 2020, Prue had invested a total of $2.5 million with Caddick.

However, what Prue didn’t know was that a week before she deposited her last tranche of funds, ASIC had received a detailed complaint that Caddick was fraudulently using the financial services licence of another person, which is a criminal offence.

Seven months earlier ASIC had received its first tip-off – an anonymous one – about Caddick being an unlicensed financial adviser, but it had taken no action.

Through a friendship with Caddick’s older brother Adam, a group of Perth medical specialists had invested with Caddick. They, like other investors, were thrilled with their returns.

A discussion in an operating theatre over Caddick’s latest hot stock encouraged a doctor to contact Caddick as a prospective client.

Unfortunately for the fraudster, the doctor’s wife was an accountant and her subsequent inquiries into Caddick led to a stunning discovery.

When the woman rang to check the financial services licence, both she and the holder of the licence discovered that Caddick had been fraudulently using this person’s licence. It wasn’t long after this discovery that ASIC received its anonymous complaint.

According to court documents, the doctor did not share what his wife had unearthed with the other Perth medical investors.

However, one of the Perth surgeons, while unlucky in love, was fortunate in his finances.

In 2016, the surgeon advised Caddick of his bitter divorce, saying he needed to make alternate arrangements for his self-managed super fund.

No doubt fearing she might be discovered if the surgeon’s former wife hired a forensic accountant, Caddick immediately kicked him out of her scheme, returning his investment plus his fake profits.

Caddick’s fraud could also have been exposed if several investors had not chosen to overlook a glaring error on their monthly portfolio account, purportedly from online share trading firm CommSec.

Instead of its correct stock exchange listing Pilbara Minerals, Caddick had mistakenly put Pilbara Mining. One investor thought it was odd that CommSec would have made such an embarrassing mistake. “I feel like a bloody idiot, I stupidly glossed over it thinking it was just a typo,” the investor told the podcast.

Apart from the divorcee, the other accidental winner was Prue. After leaving the dental surgery that morning, Prue told investigators that she contacted the other woman who told her that Caddick had been illegally using someone else’s licence – hers.

Not only that, ASIC was investigating, the woman said.

Prue did not waste a second. She immediately rang Caddick, telling her that she had found a house to buy, and she needed all her money back.

According to ASIC’s court filings, Caddick did her utmost to keep hold of the millions she had taken from Prue.

It took a fortnight, but by the end of August, Prue had her $2.5 million back, a large portion of which came from an offshore account Caddick was using. Prue also received the $300,000 in fake profits that Caddick had lied about.

While the root canal visit and the divorce proved to be godsends, others weren’t so lucky.

During the year that elapsed between the first complaint to ASIC in November 2019 and her disappearance, Caddick stole a further $7.8 million. The last victim, a lawyer, invested hundreds of thousands of dollars only three weeks before Caddick vanished.