From coast to coast: How canoe man John Darwin who was jailed with wife for faking his own death in elaborate insurance scam found new love in Manila after gaining his freedom… but is now ‘on his way’ to fight in Ukraine

When father-of-two John Darwin went missing in his canoe in the sea outside his home in County Durham in 2002, his own sons believed he was dead.

A large-scale search involving the scouring of 62 square miles of coastline looked to have confirmed the worst, as only a single paddle and then the wreckage of his kayak was discovered.

But five years later, a bedraggled Darwin turned up at a police station in London, claiming to have no memory of anything that had happened to him.

Very quickly, it emerged that the former prison officer had engaged in a web of deceit with his wife Anne to carry out a £680,000 fraud that ultimately saw the couple live together in Panama.

After they had served half of the six-year jail sentences they were handed for their crimes, the couple divorced – with Darwin remarrying and moving to the Philippines and his ex-wife getting a job with the RSPCA.

The Darwins’ plot was exposed after a photo emerged online of them in the office of an estate agent in Panama, where they had gone to run an eco-resort

For much of Darwin’s missing five years, he had been living in secret in his own home in the seaside resort of Seaton Carew, where he shared a bed with his wife.

And when family and friends visited – and his sons returned from the inquest into his alleged death – Darwin hid in a bedsit next door that was accessed through a passageway hidden behind the door of a fake cupboard.

Darwin later admitted that he would carry out DIY on the front of his family home and even walked around his area disguised as an old man – even as his two now grown-up sons Anthony and Mark continued to grieve for him thinking he was dead.

This week, Darwin’s second wife, Filipino woman Mercy Mae Avila Darwin, 48, said her husband, who is now 71, is ‘on his way’ to fight in Ukraine and has ‘good life insurance’ in case it all goes wrong.

The couple live outside Manila, with Darwin continuing to receive the UK state pension. His wife is said make a living running clothes stalls in the capital.

After her release from prison, Anne Darwin moved to a village near York and was able to get her new job thanks to qualifications she gained in prison. She was also able to reconcile with her two sons – after one had branded her a ‘hideous, lying b***h’ – and has been on holidays with them. 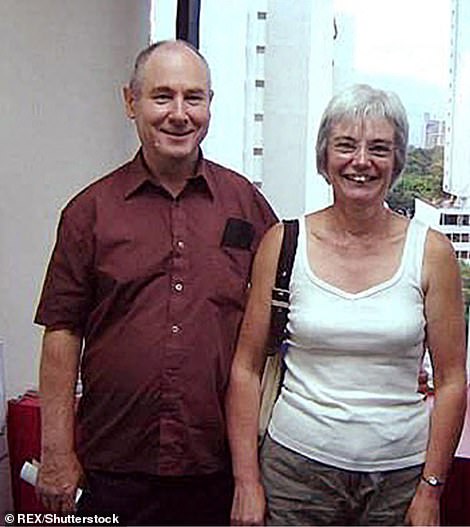 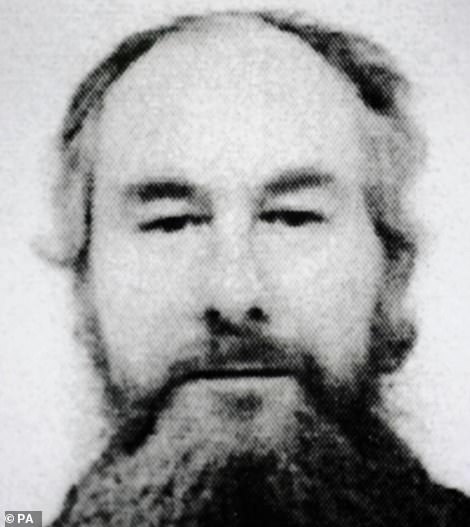 When father-of-two John Darwin (pictured left in Panama with his wife Anne) went missing in his canoe in the sea outside his home in County Durham in 2002, his own sons believed he was dead. Five years later, a bedraggled Darwin turned up at a police station in London, claiming to have amnesia. Very quickly, it emerged that the he had carried out a £680,000 fraud with his wife Anne that ultimately saw the couple live together in Panama. Right: How Darwin looked after faking his death

Speaking in a tell-all interview with the Daily Mail in 2007 after their plot had emerged, Mrs Darwin said her husband began to plan his disappearing act in early 2002.

She said the couple had been tens of thousands of pounds in debt brought on in part by problems with the bedsit rental business that they ran.

Darwin also had ‘lots of credit cards’ and the couple were ‘crippled’ by late payment fees and bank charges.

‘John said there was only one way out of the situation, and that was to fake his own death,’ she said.

‘I pleaded with him not to do it, I said it was a wrong thing to do. I honestly didn’t know what he’d planned or for when.’

When Darwin disappeared after taking his canoe out to sea, there was bafflement that he could have got into difficulty because the sea was said to be ‘like a millpond’. 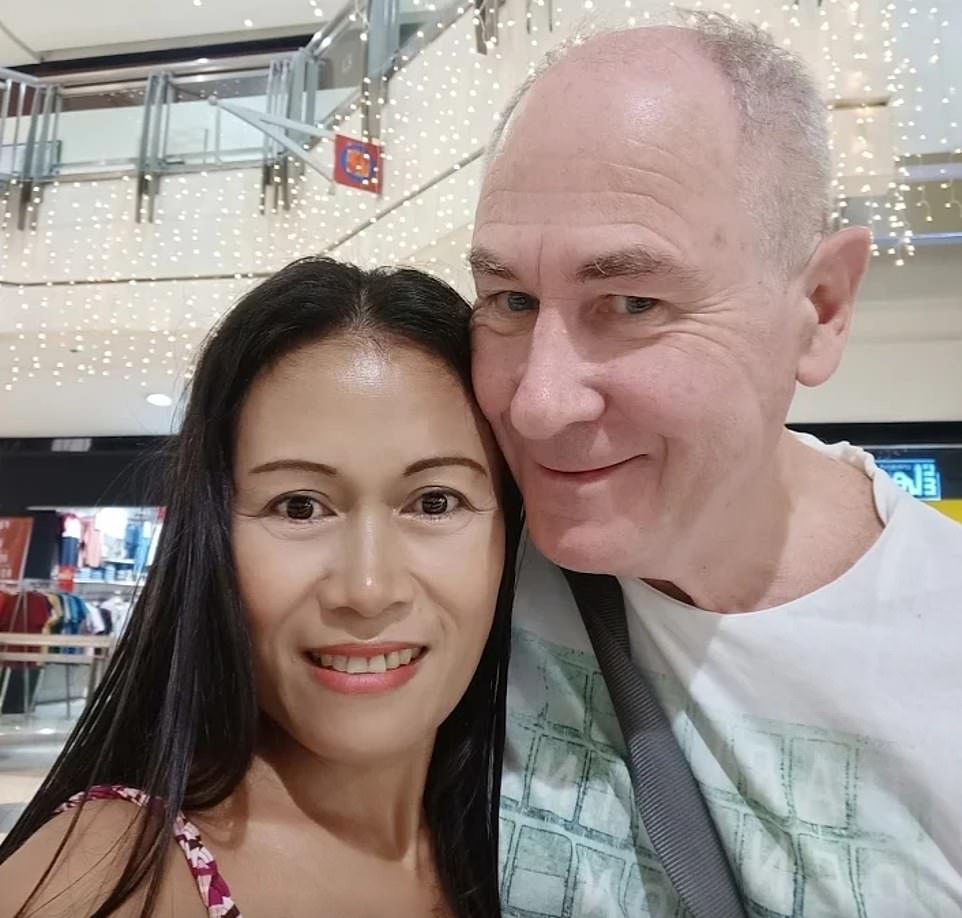 After they had served half of the six-year jail sentences they were handed for their crimes, the couple divorced – with Darwin remarrying and moving to the Philippines and his ex-wife getting a job with the RSPCA. Above: Darwin with his second wife  Mercy Mae, 48 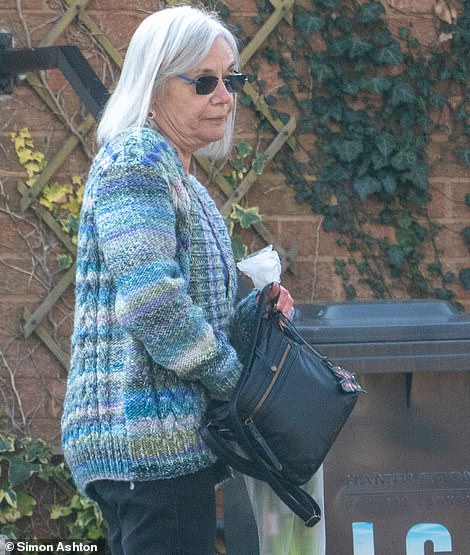 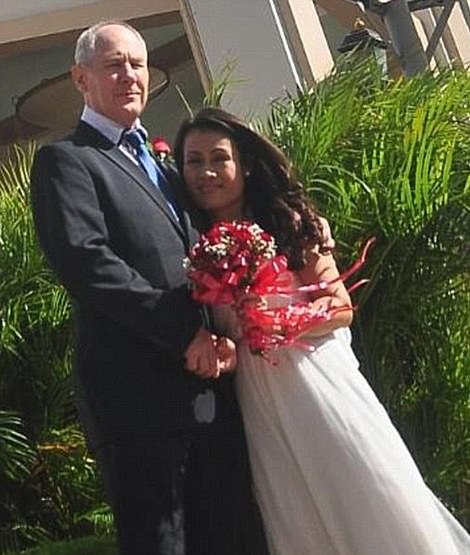 After her release from prison, Anne Darwin (pictured left this week) moved to a village near York and was able to get a job with the RSCPA thanks to qualifications she gained in prison. Right: Darwin with his second wife on their wedding day 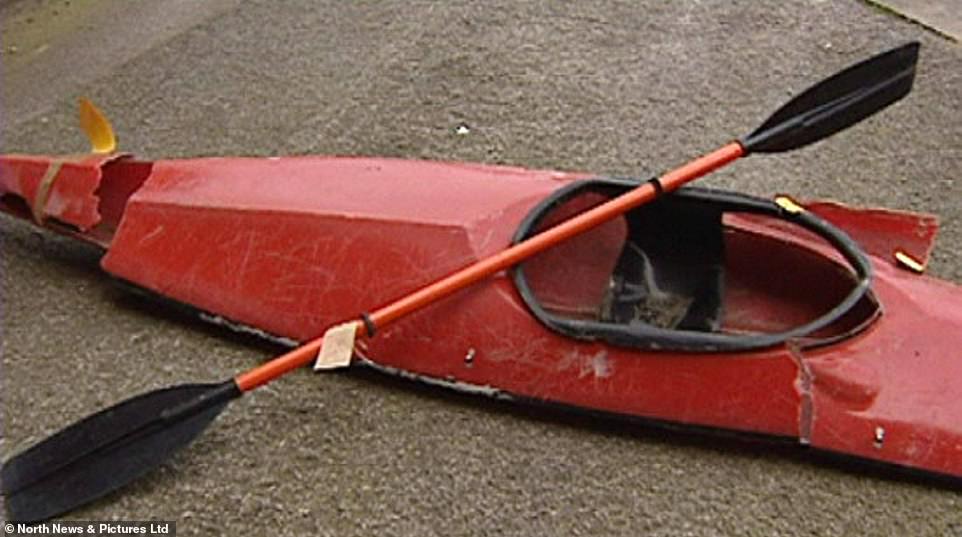 The former prison officer paddled out to sea in a canoe near his family home at Seaton Carew, near Hartlepool, before ditching the vessel to give the impression that he drowned. Pictured: The wreckage of the canoe that was discovered in the days following his disappearance 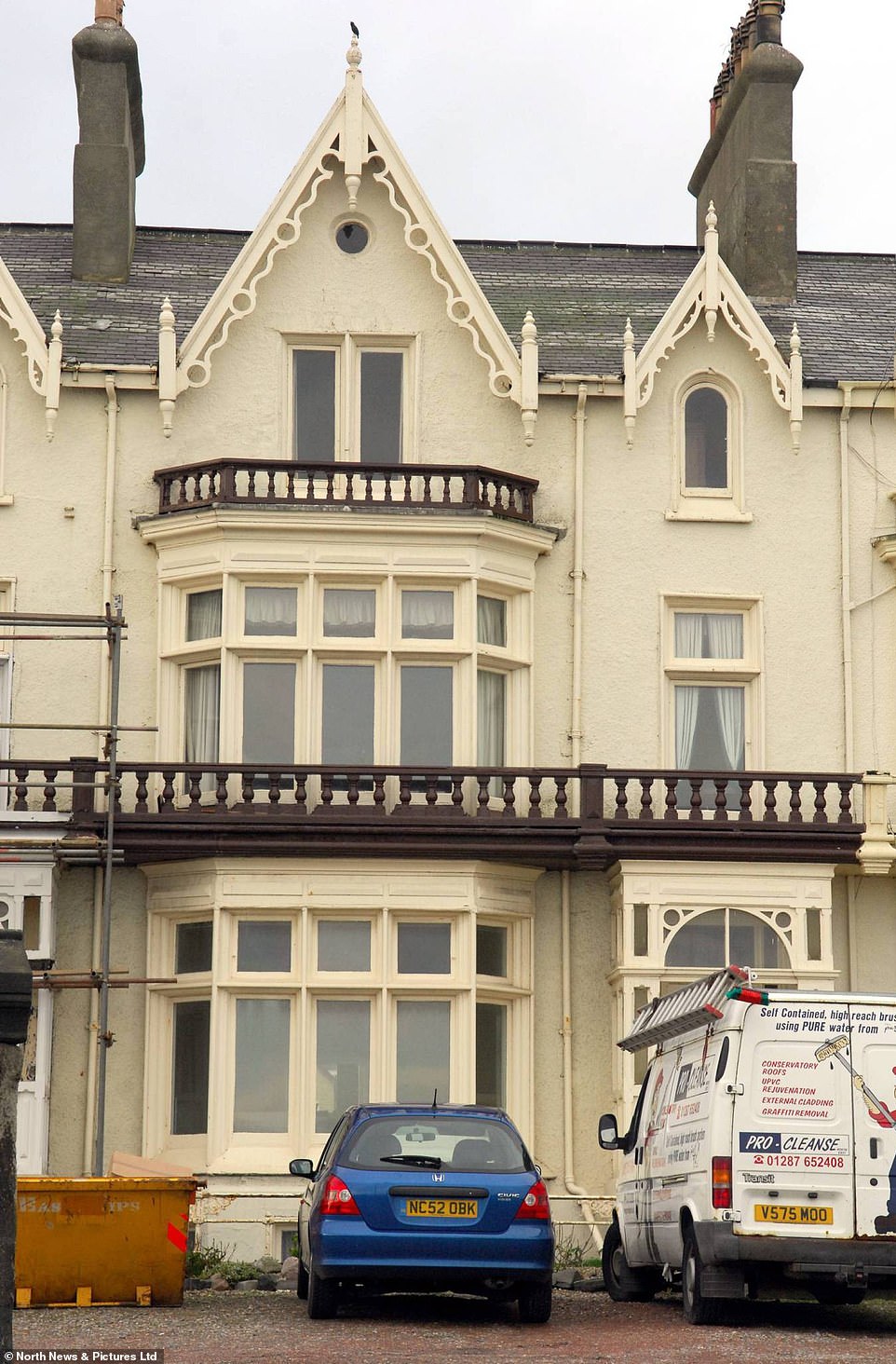 For much of Darwin’s missing five years, he had been living in secret in his own home (pictured), where he shared a bed with his wife. And when family and friends visited – and his sons returned from the inquest into his alleged death – Darwin hid in a bedsit next door that was accessed through a passageway hidden behind the door of a fake cupboard

Just under a year after he disappeared, Darwin turned up at his family home looking ‘an absolute mess’, his wife said.

She claimed that she had really believed he was dead before he turned up. 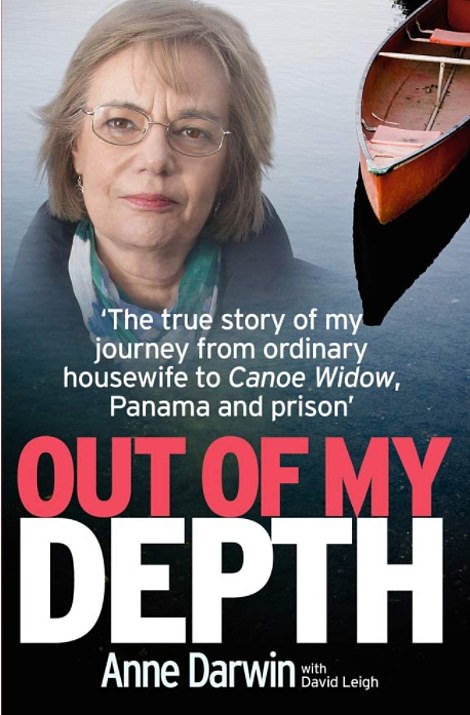 In 2016, Mrs Darwin penned a tell-all book (pictured) about her life with her husband

‘Although I was pleased he was still alive, I think deep down a part of me was always angry,’ she said.

‘To think of what he put us all through. He had basically come back expecting me to forgive him.’

She claimed that she wanted to report what he had done but he then threatened to say she had been involved from the start, so she was ‘trapped’.

Mrs Darwin then agreed to become complicit in the scam and even agreed not to tell their two sons that their father was alive.

At the inquest into his disappearance in April 2003, Mrs Darwin was able to have her husband declared dead, even though the seven years that is usually needed after someone has gone missing had not yet passed.

Once their life insurance money was paid out and their mortgage paid off, Darwin spent time either with his wife in their family home or next door in the property they also owned that was split into several bedsits.

The couple then decided to move abroad, with Darwin, who had stolen the identity of a dead baby named John Jones, opting for Panama as their destination.

The family home was sold and the couple spent several months together in Panama after they had bought a £50,000 two-bed apartment in a suburb of Panama City.

They also hoped to open a canoeing centre for eco-tourists.

But Darwin then wanted to return to the UK because, Mrs Darwin said, he missed his sons. He said he would claim to have suffered amnesia.

Darwin walked into a police station in December 2007 and said he thought he was a ‘missing person’ but said he could not remember anything that had happened in the past five years.

When their two sons were called to the police station to be reunited with their father, the couple had to pretend to be astonished as they too saw each other again.

Mrs Darwin said that her husband told her: ‘Hello Anne, is that really you, are you all right?’

After the couple’s fraud was exposed and they were released from prison in 2011 after serving half of their sentences, their marriage came to an end.

Mrs Darwin attempted to justify her actions in a book that was released in 2016.

She said in an interview with The Guardian that year that deceiving her sons was ‘unforgiveable’.

She said her sons initially refused to see or talk to her, after one had testified against her at her trial.

‘I was totally shocked by how dark and full of anger they were. To see that was absolutely horrendous. It jolted me. I could easily have buckled then and there,’ she said.

She said she is now reconciled with both of her sons and has been on holidays with them and their families.

Asked if her sons were in touch with their father, she said ‘that’s a private matter for them’.

Mrs Darwin was said to live in a ‘small but comfortable flat’ in a village outside York. 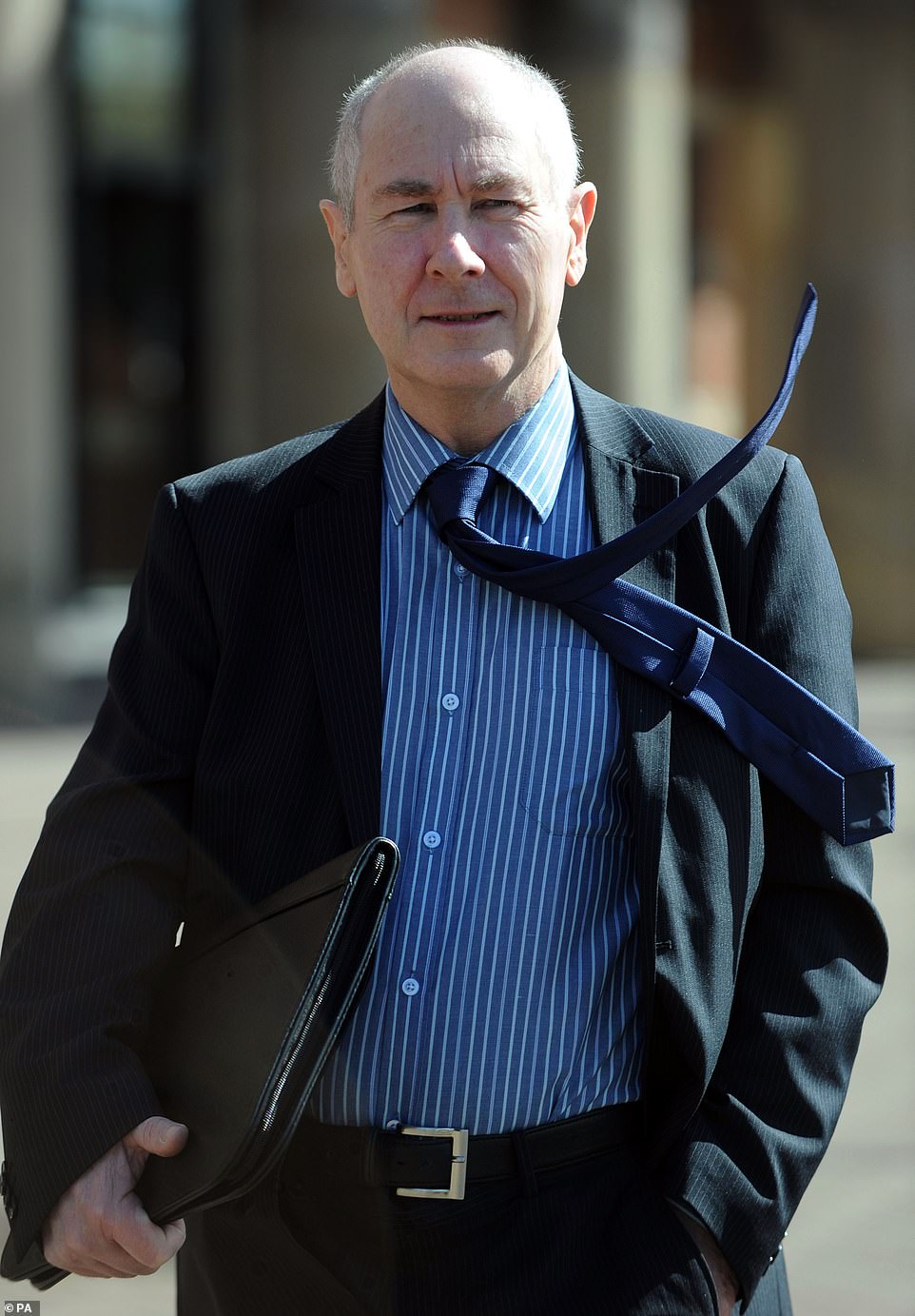 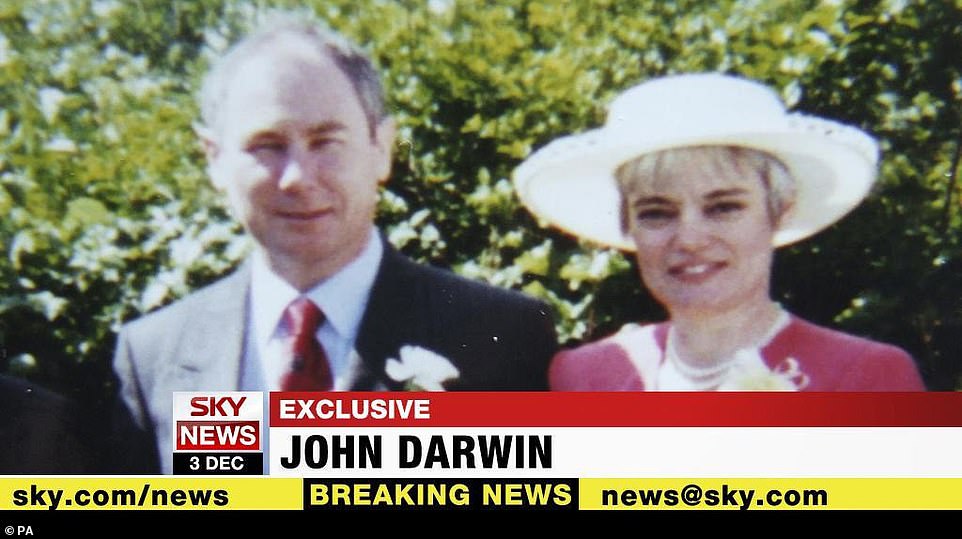 For much of Darwin’s missing five years, he had been living in secret in his own home, where he shared a bed with his wife. 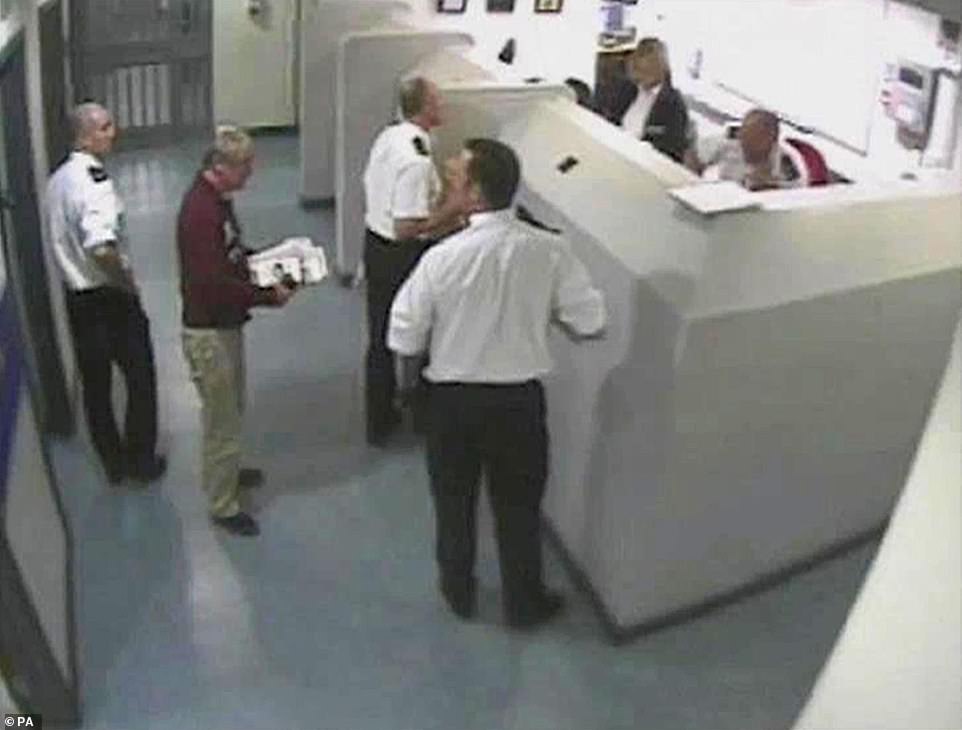 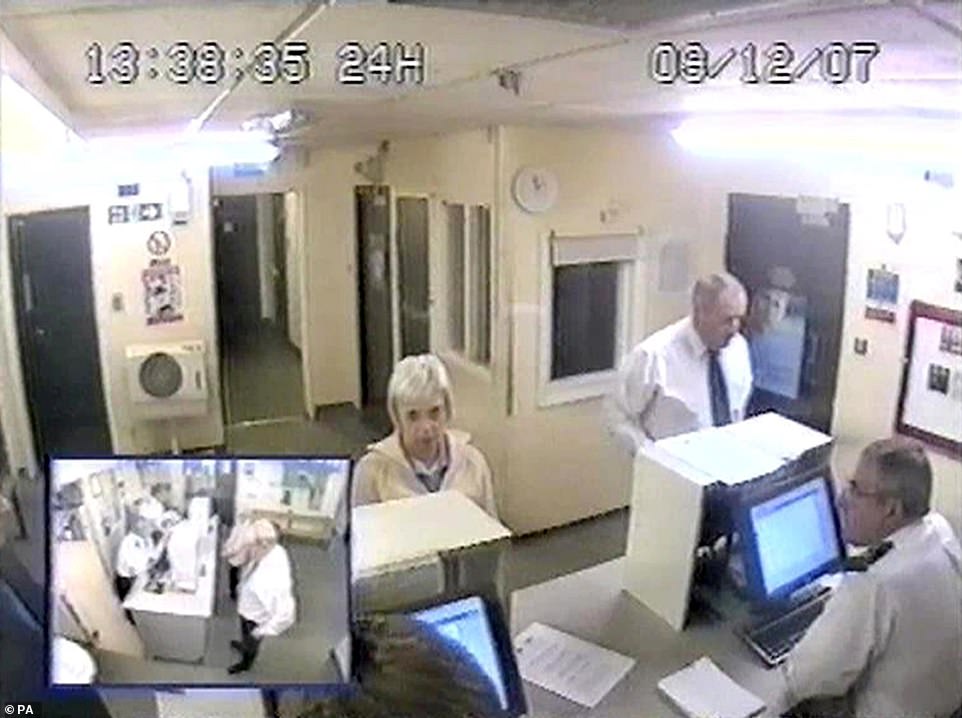 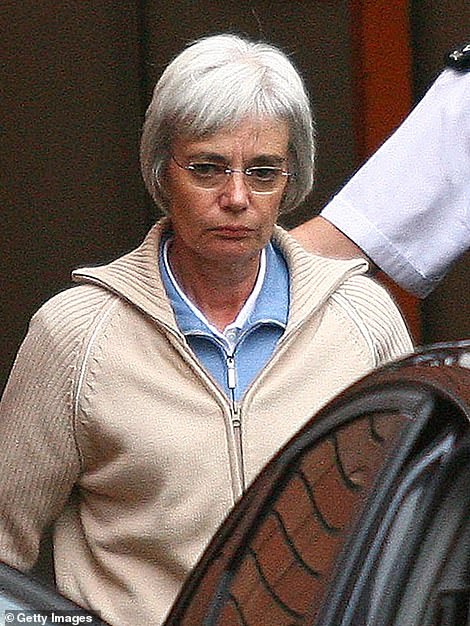 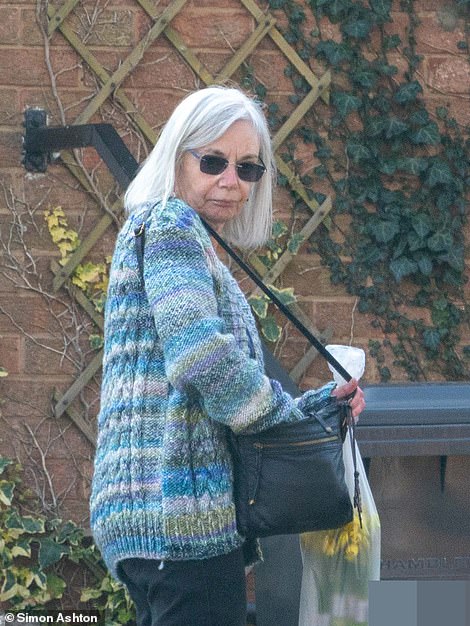 Mrs Darwin is pictured left in 2007, after she had been arrested following her return to Britain. Right: The mother-of-two is seen this week 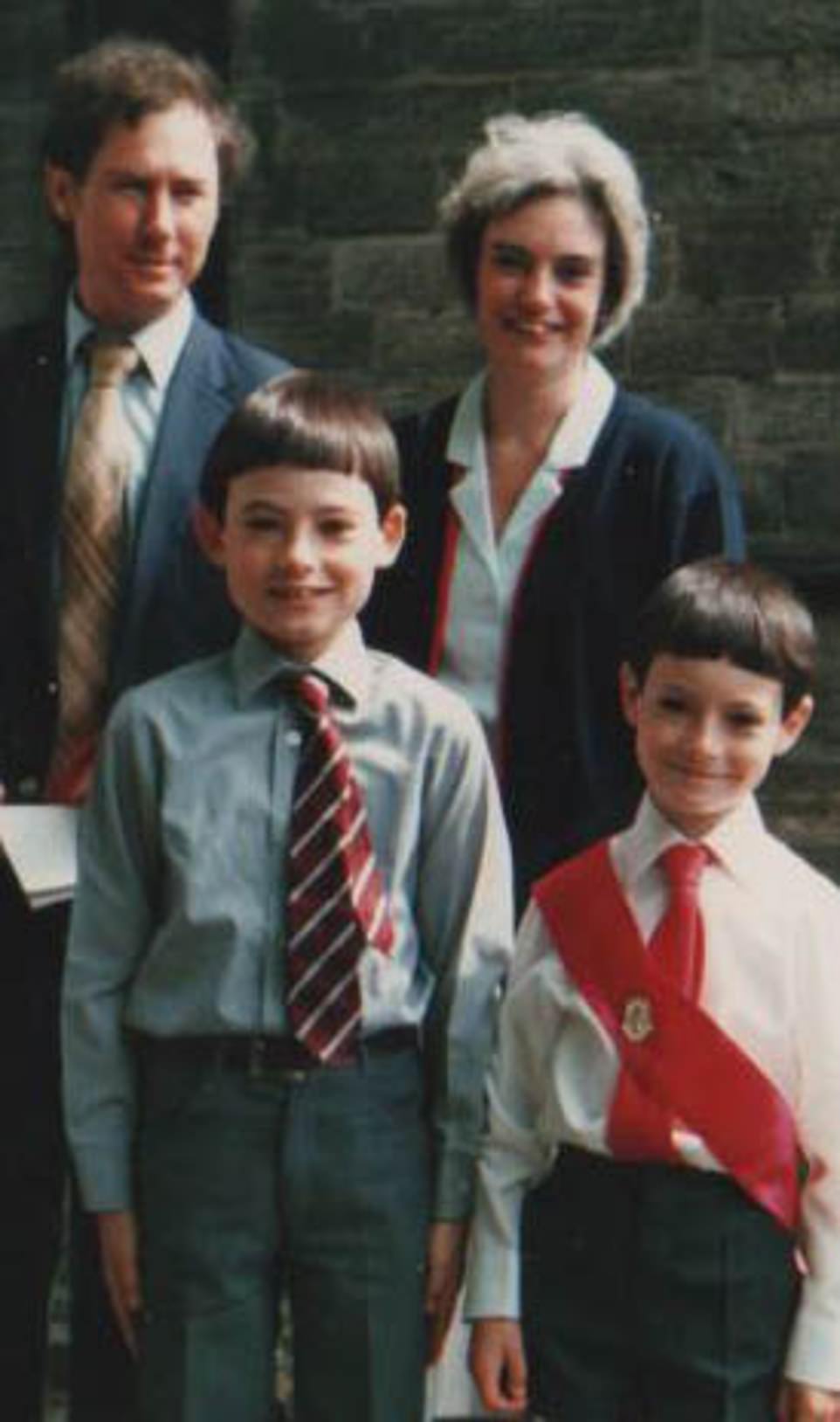 John and Anne Darwin are seen in a family photograph with their sons Mark and Anthony. The couple deceived their sons when they colluded to gain life insurance and pensions payouts

She works for the RSPCA after getting IT and business qualifications while in prison.

Darwin and his second wife moved last year from Manila to a property around 30 minutes away.

Mrs Avila Darwin sub-lets a clothing stall in Manila’s market and also runs another retail business, while Darwin lives off his state pension.

She told The Mirror last year: ‘I have a new business. I’ve had it for three years now. Boom. Making money.

Mrs Avila Darwin told the newspaper this week about her husband allegedly going to Ukraine to join troops fighting against Russian forces.

When questioned about the danger, she said: ‘Yes, dangerous for the Russian when he shoot them.

‘He will have a bullet proof vest and good life insurance, good for me.’

Her comments come ahead of an ITV drama about John and Anne Darwin’s fraud. The Thief, His Wife and The Canoe airs in April. 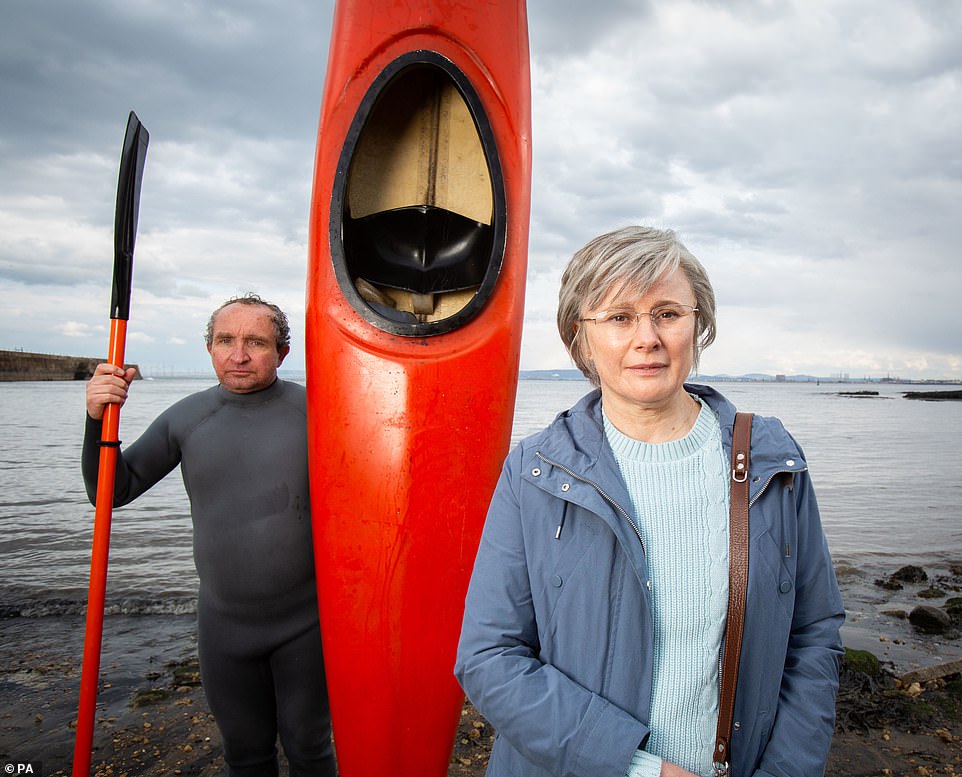 An ITV drama about John and Anne Darwin’s fraud, titled The Thief, His Wife and The Canoe, airs in April. Pictured: Eddie Marsan as Darwin and Monica Dolan as his wife