POSING innocently for his Year 4 class photo, it's hard to imagine this eight-year-old from a loving, middle-class family would grow up to be Britain's worst paedophile.

Sex beast Richard Huckle raped and abused up to 200 children – including a baby in a nappy – before he was found tortured to death in his jail cell at HMP Full Sutton, near York, last October. 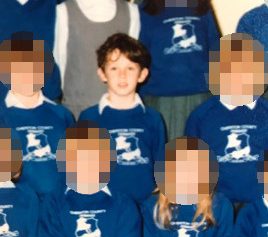 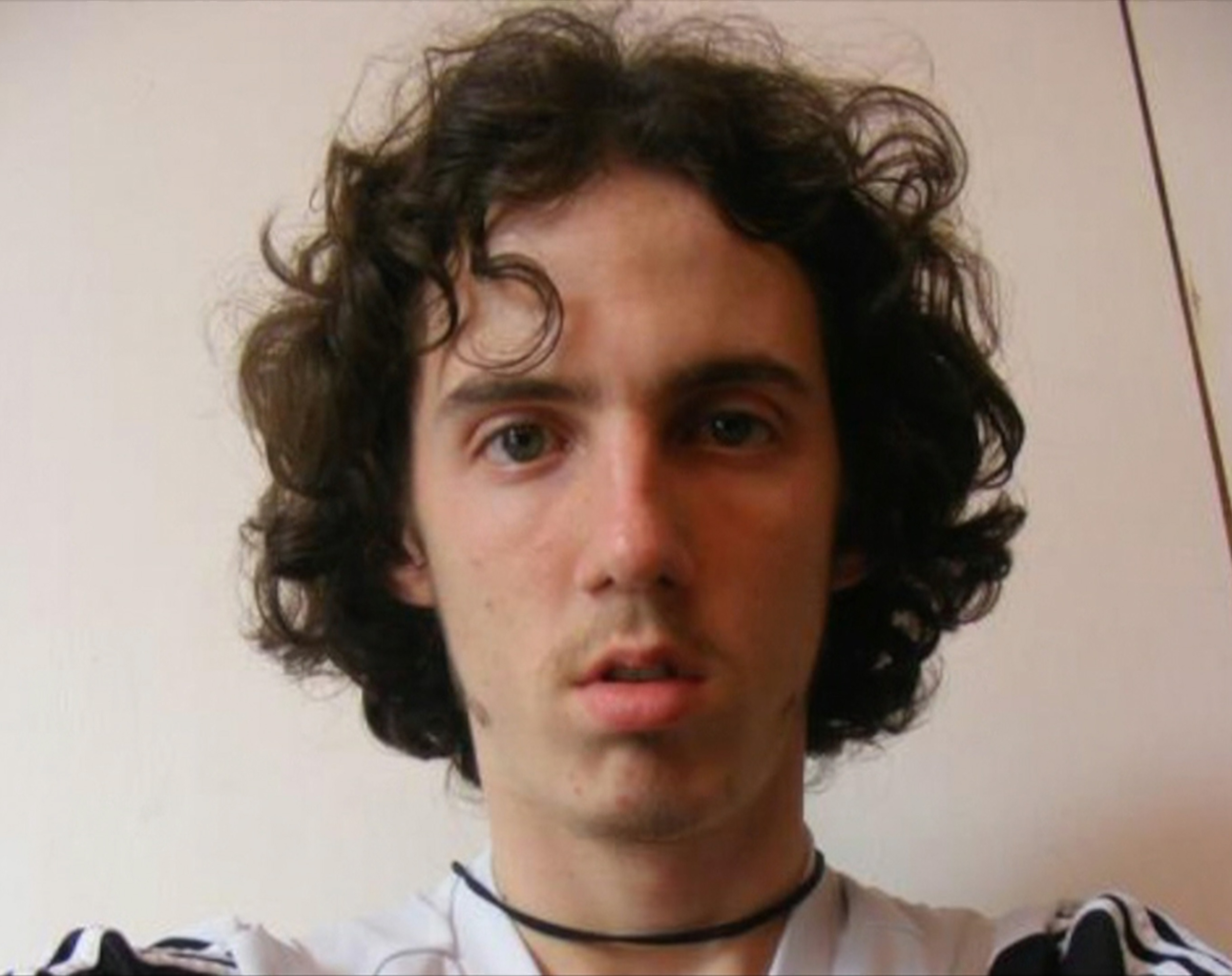 This week, fellow lag Paul Fitzgerald, 30, was found guilty of murdering Huckle in a "prolonged attack" that he claimed was "poetic justice" for the children the paedophile abused.

Fitzgerald said he wanted Huckle to feel what his victims had felt after strangling him with an electrical cable sheath, inserting a pen into his brain and sexually assaulting him with a blunt object.

Hull Crown Court heard that the lag took numerous objects to Huckle's cell at the top-security jail – including a shank made from a melted toothbrush – before murdering him "in cold blood".

It was also told that Huckle – who awarded himself "PedoPoints" based on the severity of his crimes – suffered multiple blows to the face and one to the kidney during the attack. 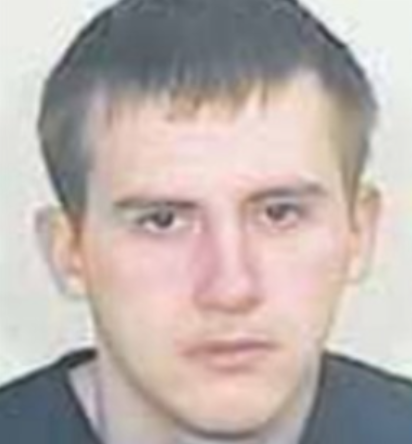 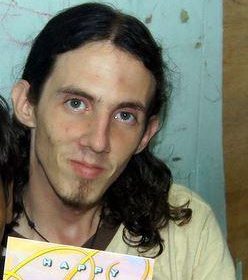 For some, Huckle's death last year was a "just end" for a vile predator who abused kids in Malaysia over nine years and sold images of his sick abuse on the dark web.

He targeted the vulnerable youngsters in churches, orphanages and schools.

But what turned a normal kid from a loving family into a sex monster who preyed on innocent children?

Huckle's childhood bears none of the hallmarks of deprivation one might expect for one of the UK's most prolific criminals.

While many paedophiles were sexually abused, neglected or abandoned themselves as children, Huckle made no such claims and described his childhood as 'ordinary'.

"His parents were lovely people and good parents," a former schoolmate tells us.

He is also believed to have grown up with a brother. 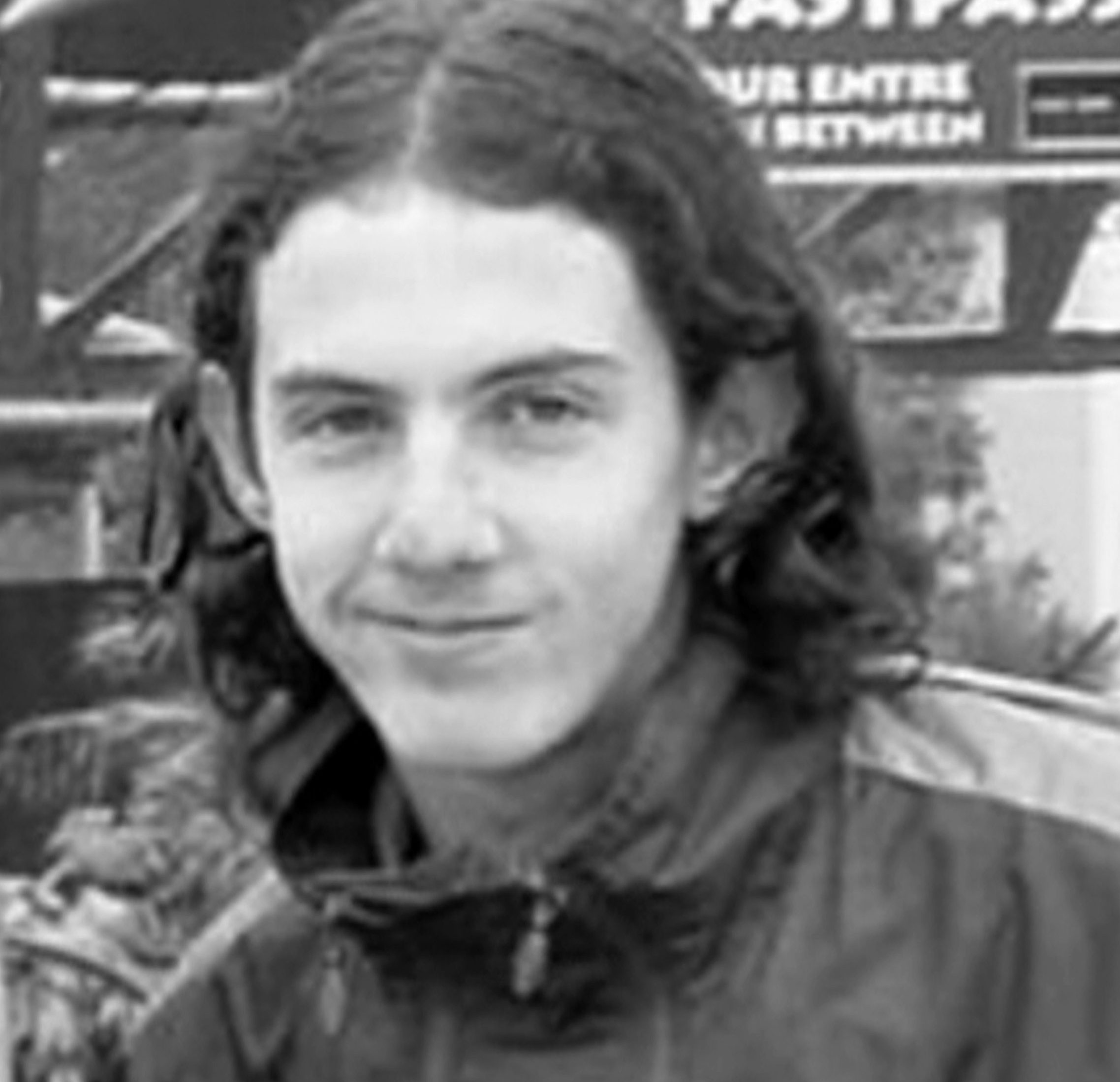 Living with his middle-class family in the leafy market town of Ashford, Kent, Huckle seemed destined for success, with church-going parents and childhood pals.

Fellow students at his Folkestone primary school remember him as a quiet but popular child who was among only a few pupils accepted into a selective all-boys grammar secondary school.

"He was so quiet, it was almost like he kept his academic ability a secret even as a child," the source adds. "He was a normal child, interested in normal things like Action Man." 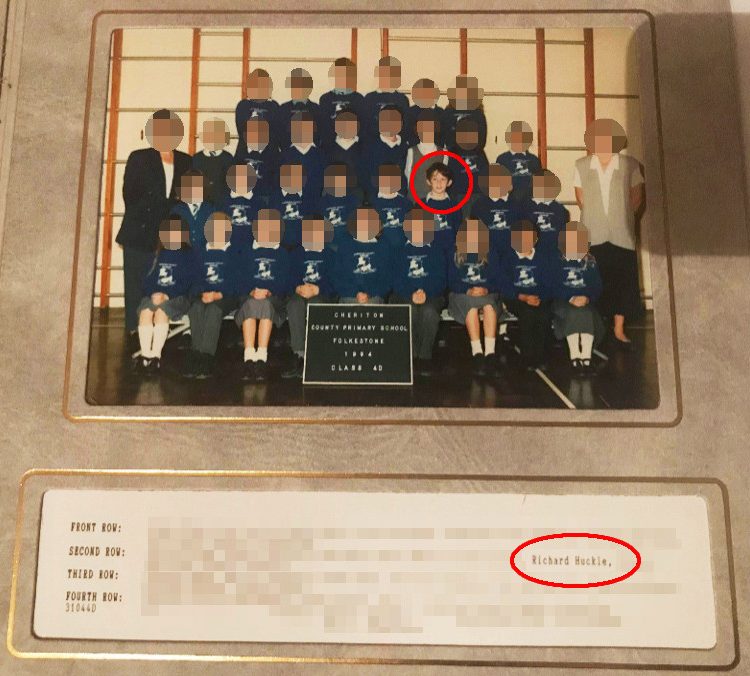 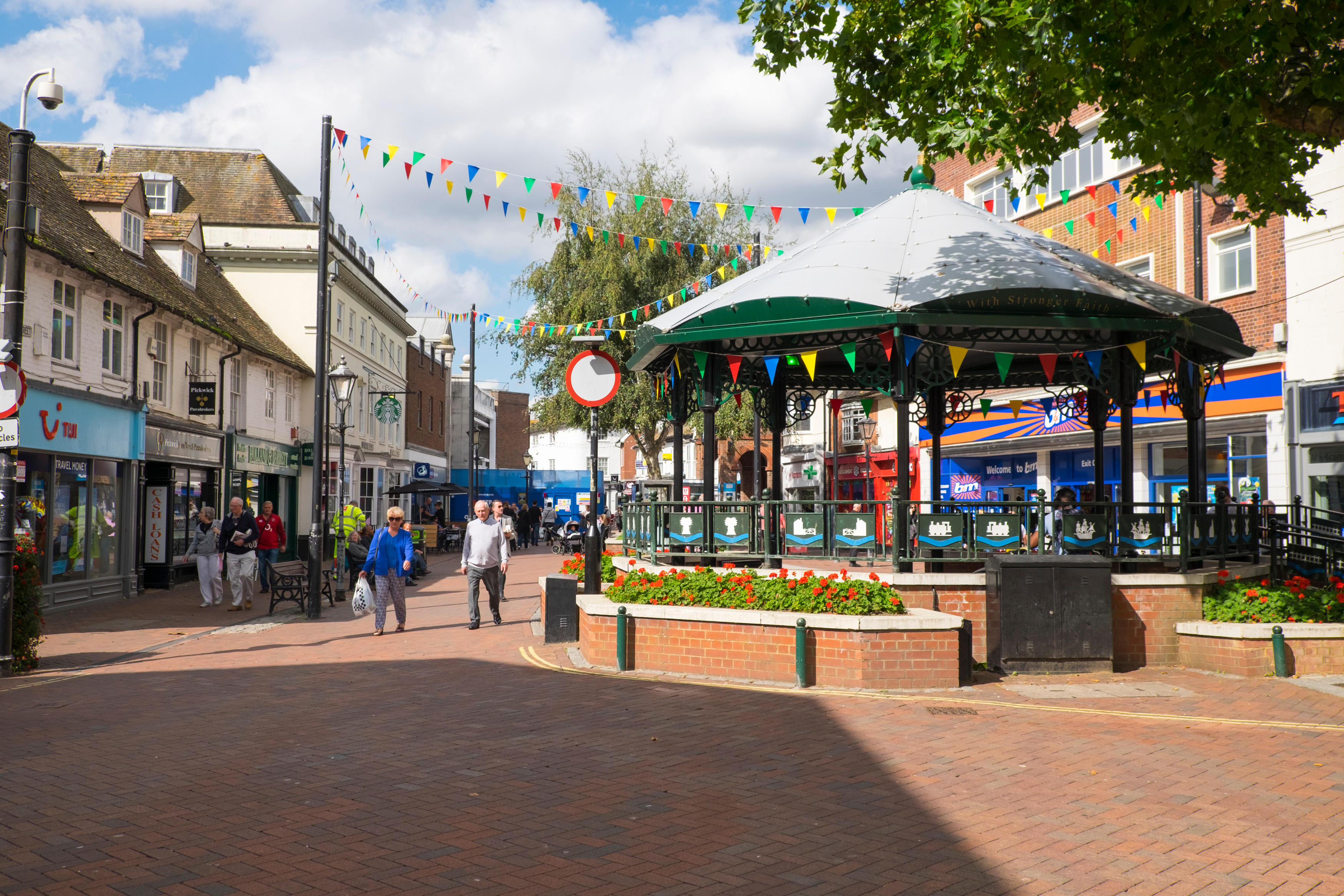 But after finishing primary school and starting at nearby Harvey Grammar School, Huckle's life began to unravel – as he "drifted away" from some pals and allegedly dabbled with petty crime.

"Huckle was bit of an odd lad but he did have a few close mates," one boy, who also attended the grammar school, tells us.

"He actually got into trouble for selling counterfeit Pokemon cards, and was trying to make money on the latest trends."

A fan of strategy card games like Warhammer, "loner" Huckle was an easy target for school bullies.

"He was an odd kid so he couldn't go a day without some sort of ribbing about anything really," our source says.

"He was called rat-like because of his appearance." 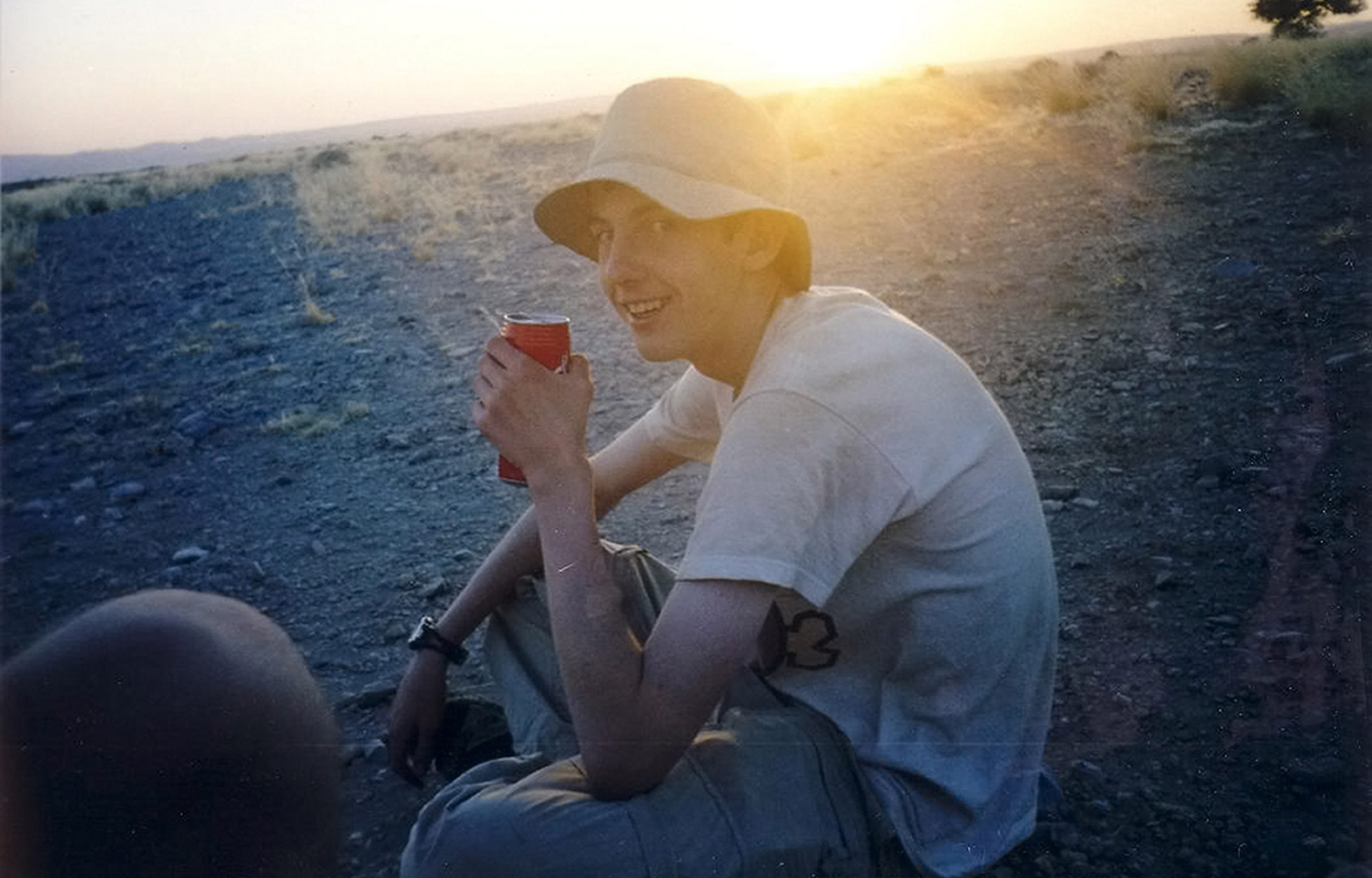 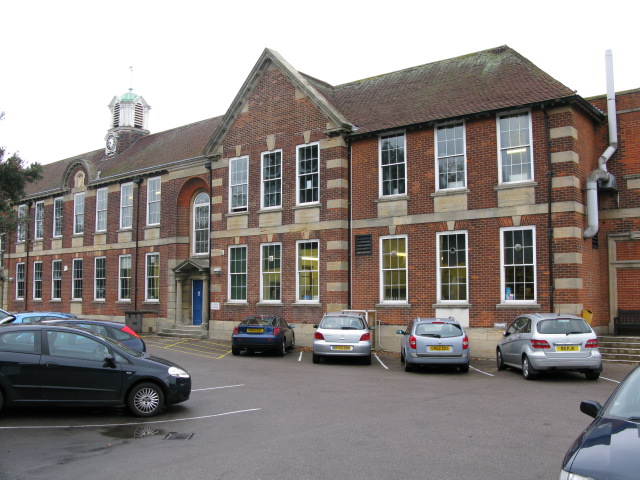 When he was 16, he went on a month-long expedition to visit a school in Namibia, Southern Africa.

After returning from the expedition, Huckle studied at South Kent College before, aged 19, he decided to take a gap year.

With so many thousands of British youngsters winding their way around Asia, he went unnoticed.

While most teens spend their gap years lounging around at beach bars, Huckle claimed to be doing charity work, and used it as a cover story for his campaign of depraved abuse.

Huckle first visited Malaysia on a gap year teaching placement in 2005, before heading to Cambodia the following year, where he sexually abused two sisters aged four and six – although the crimes weren't uncovered for another decade.

Over the next eight years, he groomed and sexually abused scores of other children overseas, while posing as a well-educated English teacher, a photographer, and a devoted Christian.

He targeted orphanages he was volunteering at, as well as churches and schools. 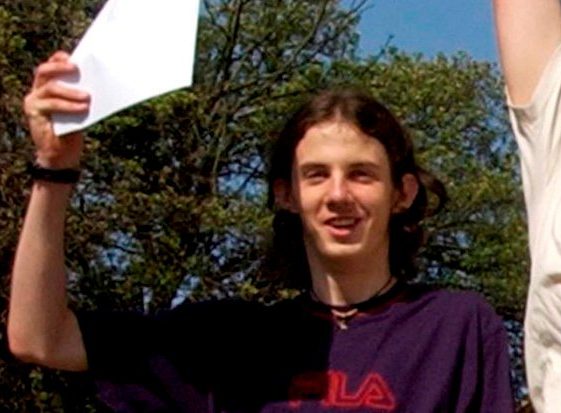 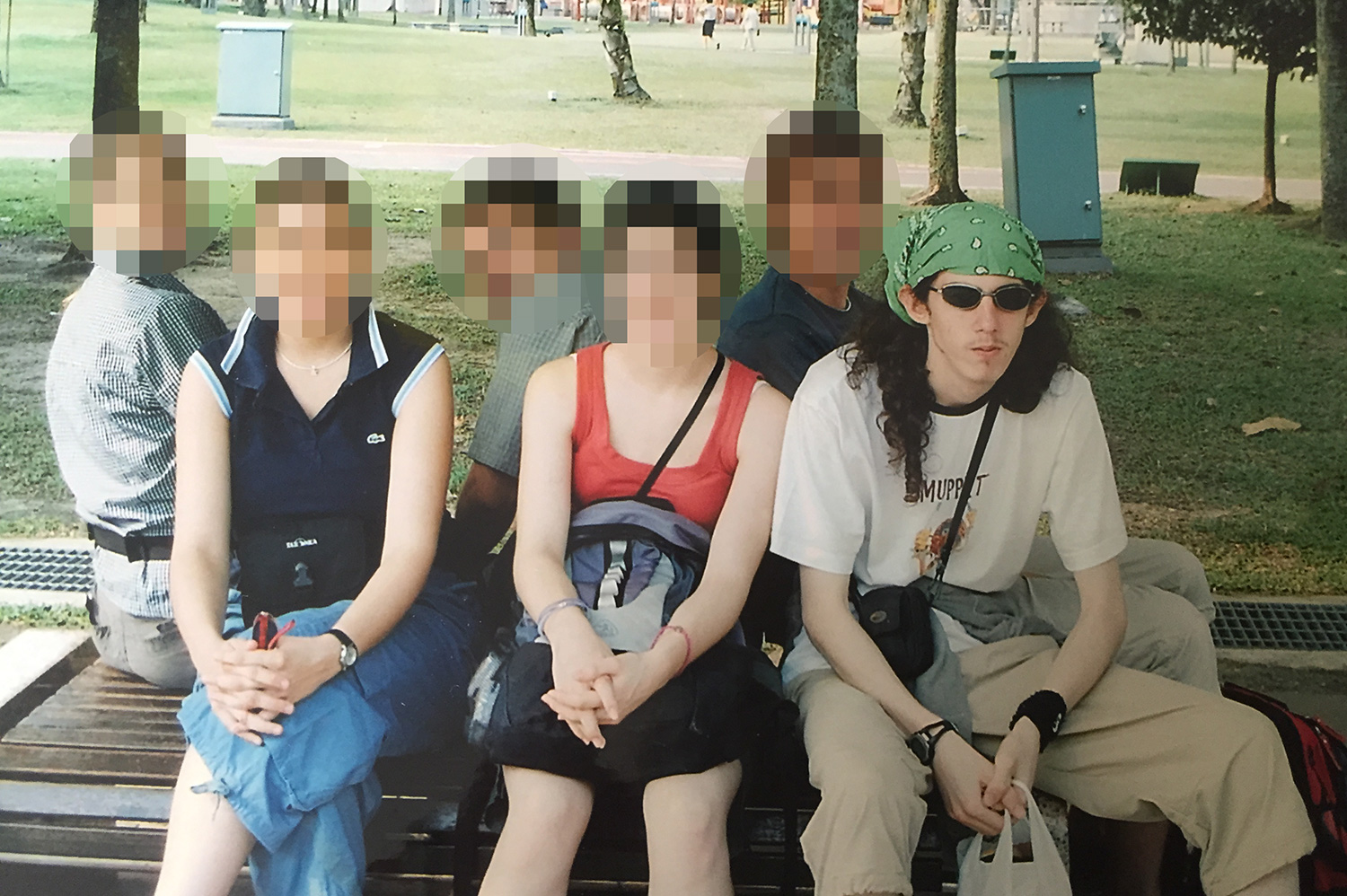 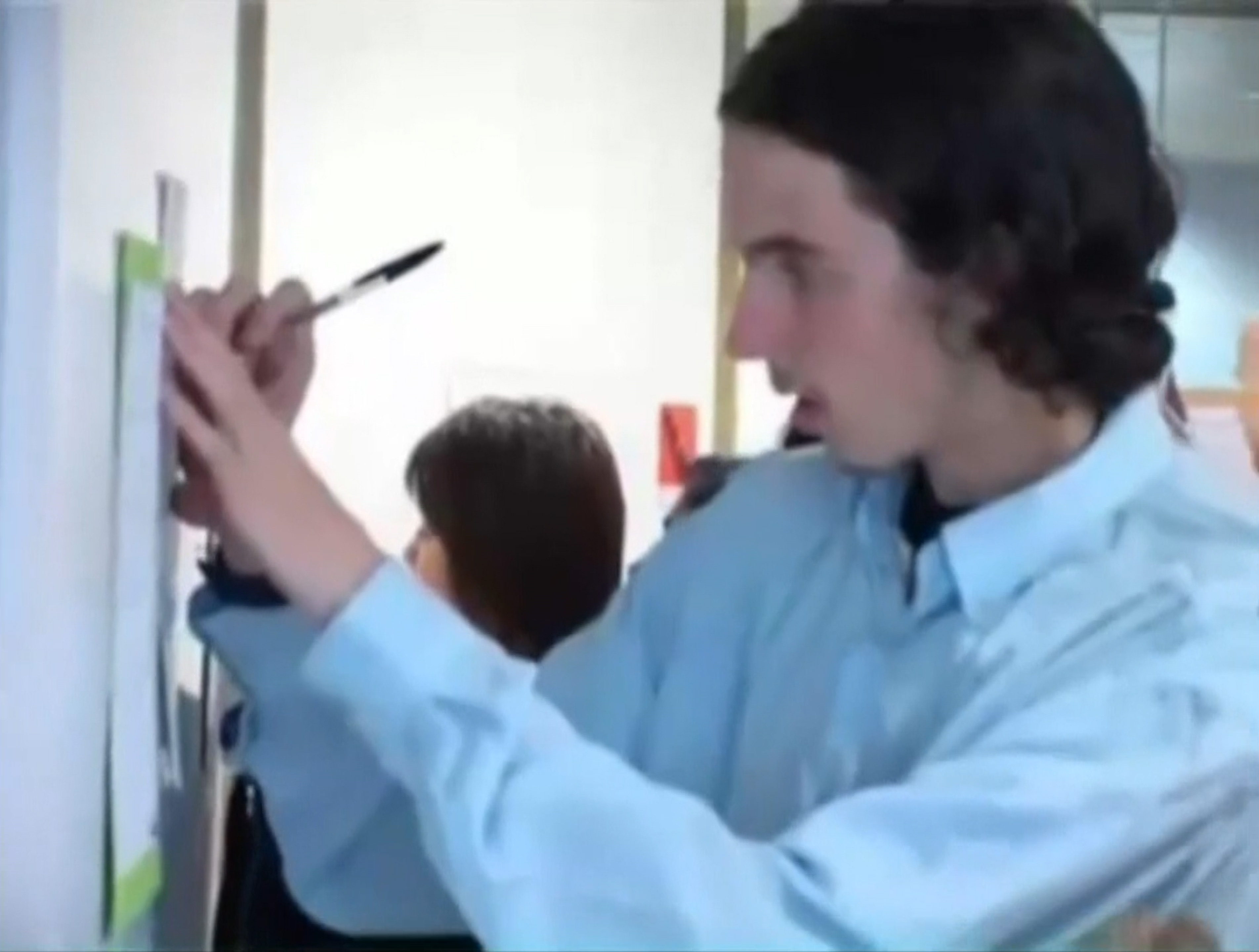 While Huckle was surrounded by other young gap year students, once more he found himself on the fringes of the group.

During his time in Malaysia, he shared a tiny apartment with Surrey mum-of-one Sammie Gee, who says he spent most of his time alone and never spoke of girlfriends.

In fact, he would later try to claim he had low self-esteem and a "lack of confidence with women."

Some psychologists have made a link between sex offenders and rejection, with attackers often claiming to have been rejected by women at school.

'He gave me the creeps – but he was a Christian'

With hindsight, Sammie, of Walton-on-Thames, said Huckle behaved strangely around children – but not in the way you might have expected.

"He was nervous. He wouldn’t talk to anyone or interact with the kids," she said.

“He always had his camera round his neck, even in the classroom.

“We never gelled and there was always something odd about him, but he was a Christian and out there to do all these amazing things so we all gave him a chance.

“He was a very odd, sad, weasley guy who didn’t interact with people.

“I never got on with him and he always gave me the creeps."

But while Huckle put people on edge with his odd behaviour, they tolerated him out of respect for the charity work he was supposedly doing.

"He was out there to do all these amazing things so we all gave him a chance," she said. 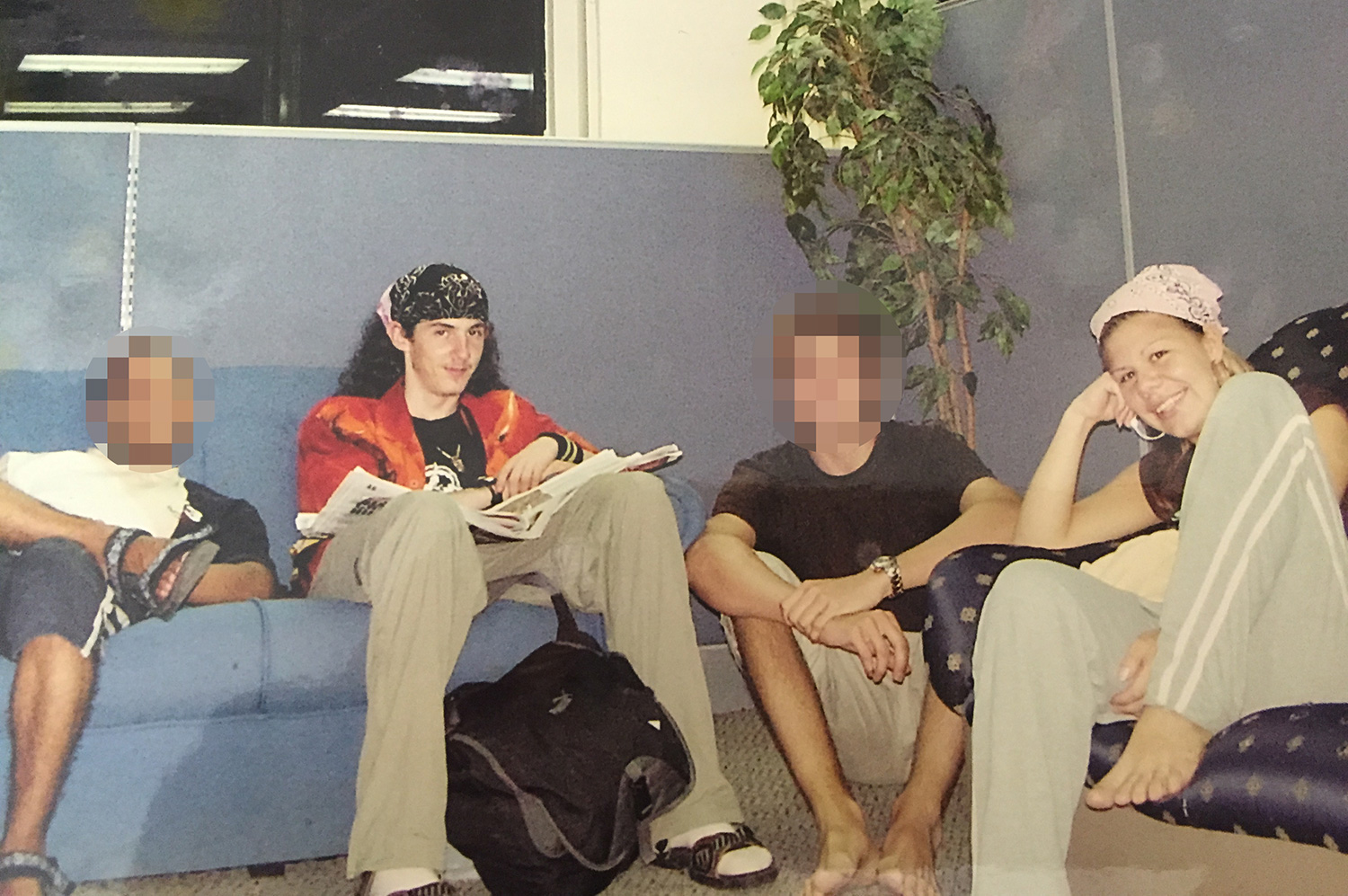 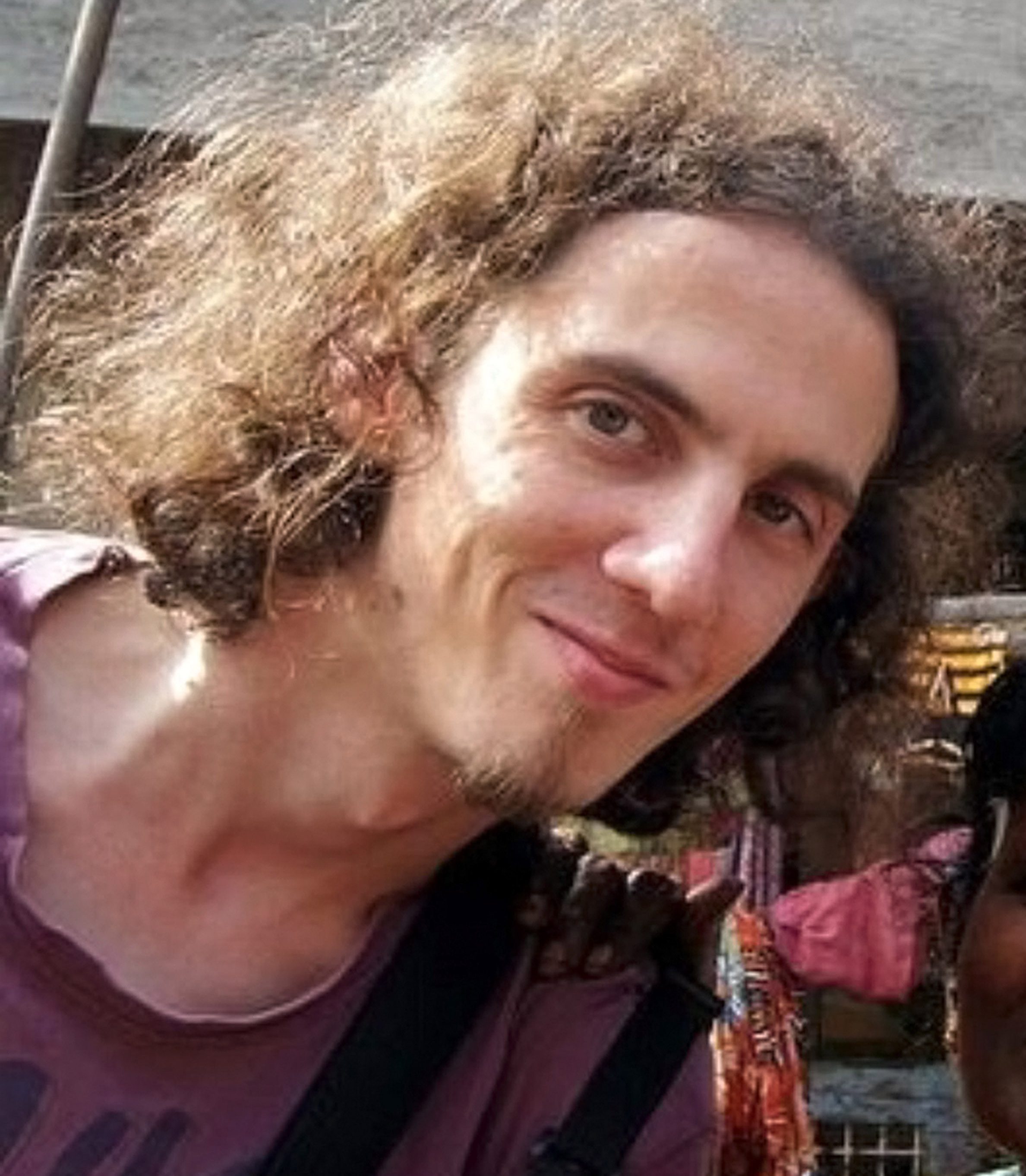 Huckle's former primary schoolmate, who was Facebook friends with him years after their education, recalls him sharing images of young boys on the beach at sunset.

"I thought these pictures looked quite strange and 'suggestive' as in how you would imagine an adult model to be posed but the children were fully-clothed," says the source.

"It was clear that he had got these kids to pose."

And Huckle's Facebook friends had good reason to feel uncomfortable.

While by day he was posing as a missionary, he was sneaking off to brag about the "ease" of targeting Malaysian youngsters.

In posts later found by police on the dark web, he said: "Impoverished kids are definitely much easier to seduce than middle-class Western kids."

He also created a 60-page "how to" guide for other paedophiles, kept a scorecard tallying the number of children abused, and shared pictures and videos of himself raping kids. 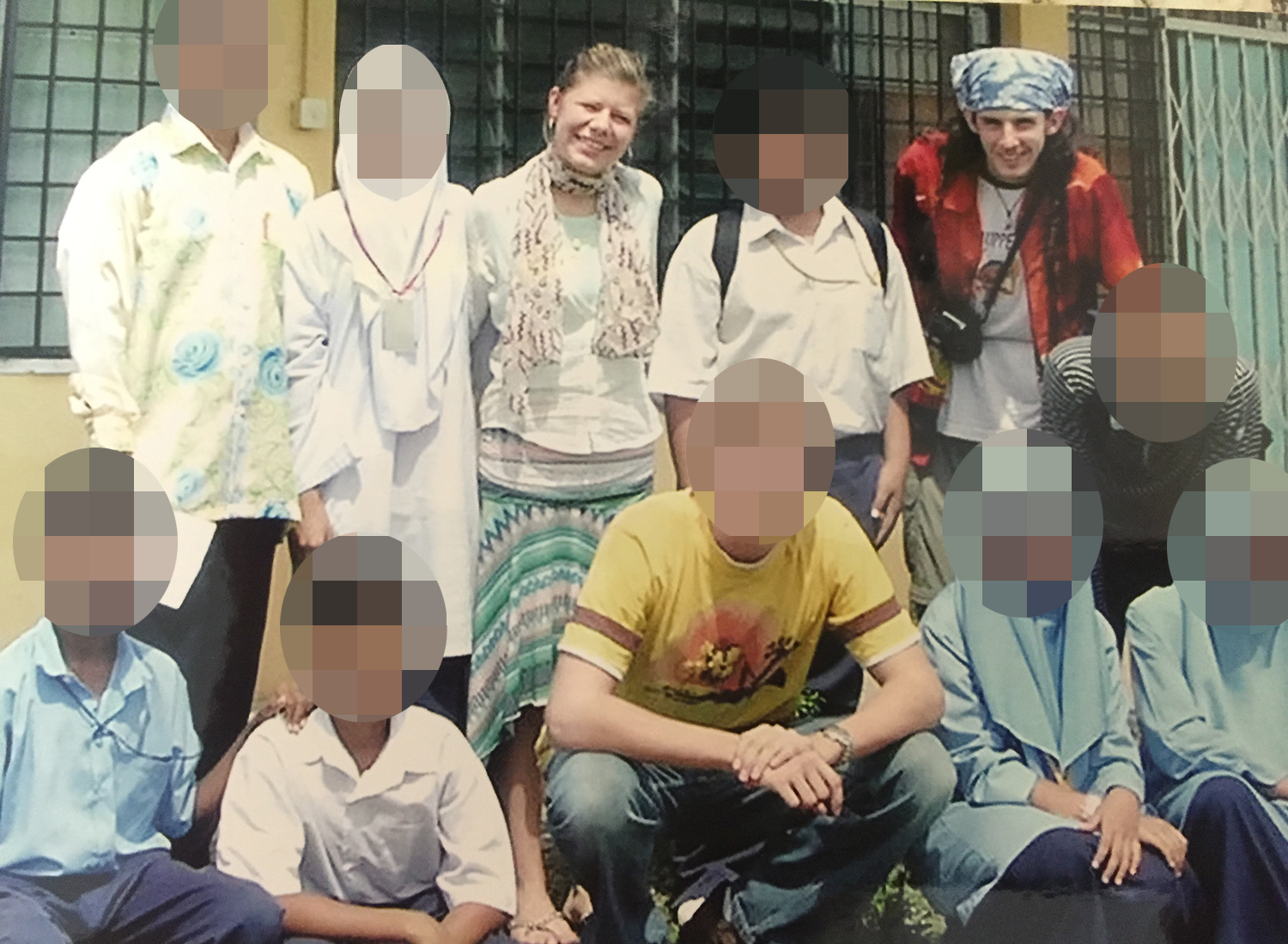 'I felt sorry for him'

But in between trips, when he returned home, Huckle appeared to those who knew him to be a pillar of the community.

He worshipped at Ashford Baptist Church and with a London-based congregation, according to Kent Live.

Although always on the fringes of groups, he still attended gap year reunions, weddings and went on day trips to the seaside.

He also regularly updated his Facebook page with travelling snaps showing himself posing happily with the kids he may well have been secretly abusing.

To his old schoolmates, Huckle appeared "strange and lonely" on social media.

"He sent me a random message on [Facebook] asking how I was. We had a brief chat but nothing out of the ordinary – he was very blunt in conversation.

"I remember feeling sorry for him – I thought he was lonely." 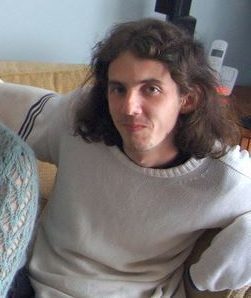 2006: He spends two weeks in Cambodia where he sexually abuses two sisters aged four and six.

2007: He returns to Cambodia and stays with the same family. Huckle takes up a voluntary teaching post in their village.

2011: Huckle returns to Malaysia and enrols at Kuala Lumpur university to study IT.

2014: National Crime Agency receives a tip off from Australia alerting them to his online activities.

Dec 2014: Huckle is arrested when he lands at Gatwick Airport on a trip home for Christmas. His parents are waiting for him when he is led away.

October 2019: The sex beast is tortured to death in his prison cell.

November 2020: Fellow lag Paul Fitzgerald, 30, is found guilty of murdering Huckle in an attack he said was "poetic justice" for the children the paedophile abused. 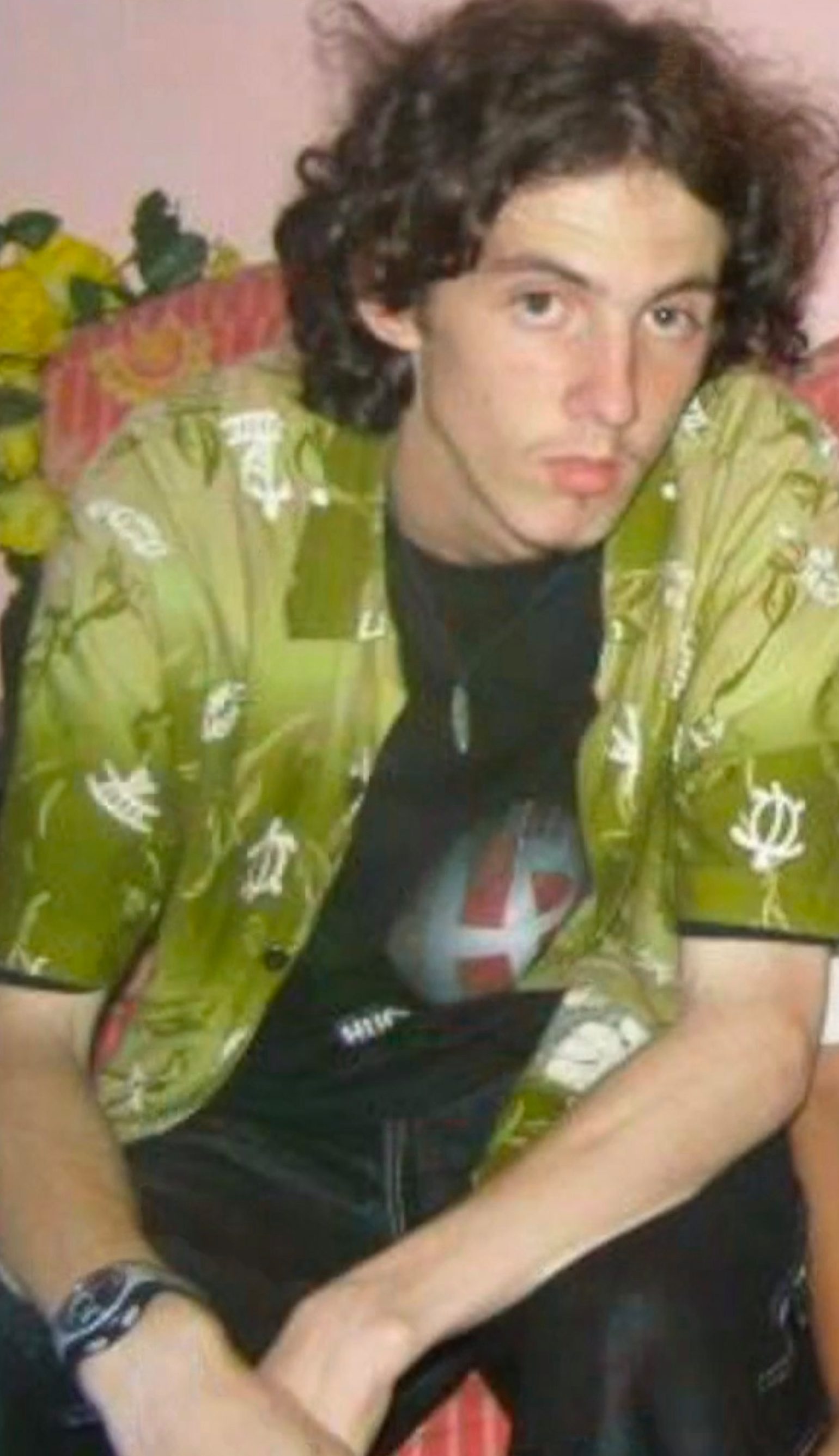 It was the following year that Huckle was finally arrested by the National Crime Agency (NCA) after Australian cops probing a notorious paedo website discovered his online activities and tipped them off.

He was arrested at Gatwick Airport after flying home to the UK for Christmas.

Huckle had amassed 20,000 images of child abuse, and had even abused a baby girl in a nappy. He initially denied his vile crimes, but later confessed to his horrified parents.

Sickened by what their once-innocent little boy had done, they kicked him out and begged police to take him away.

"She and his father called the police and asked them to take their son away."

The pair both bravely gave witness statements for the prosecution. 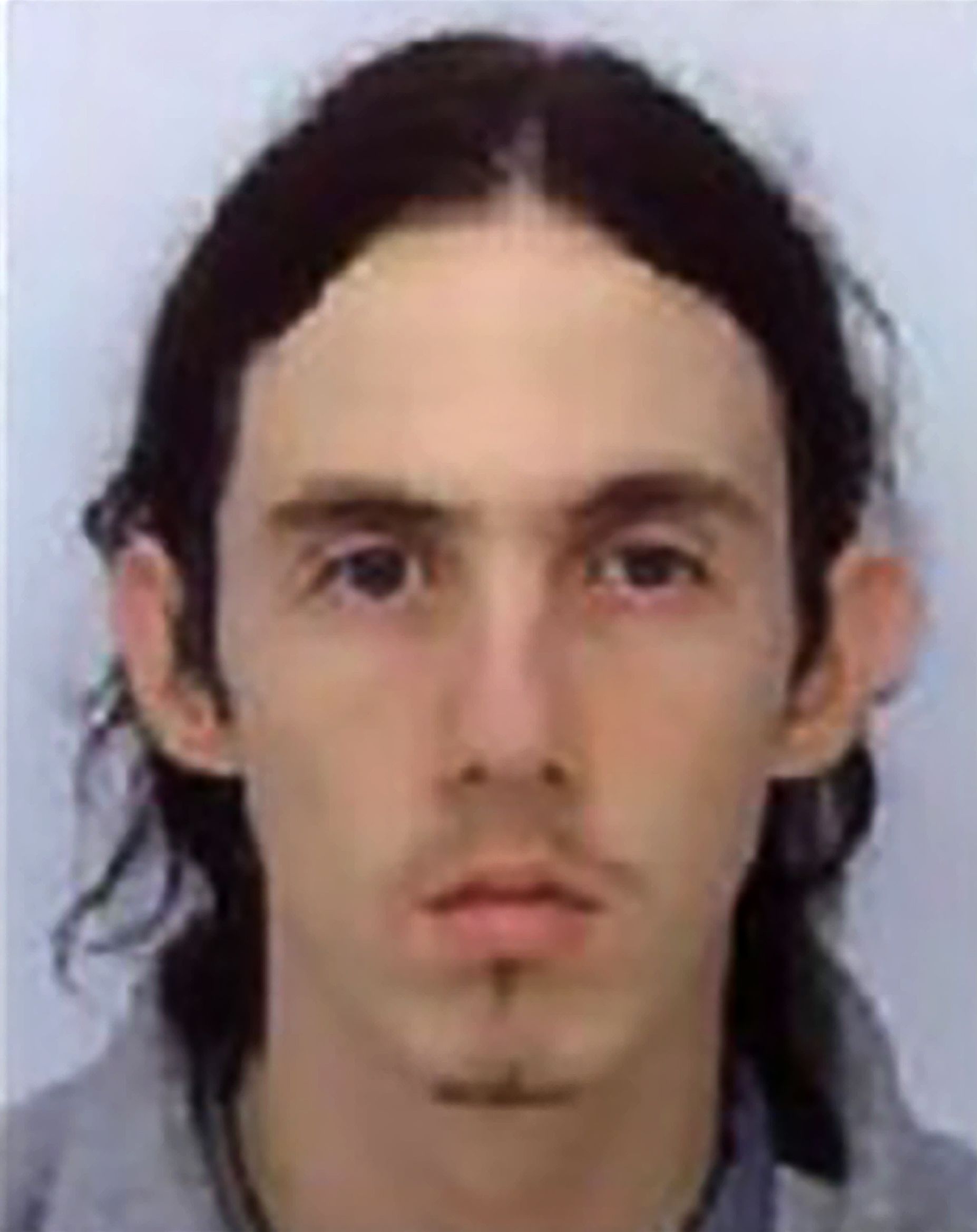 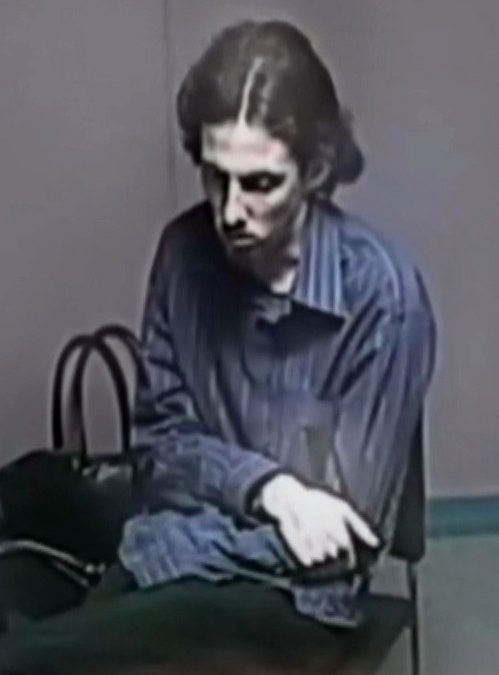 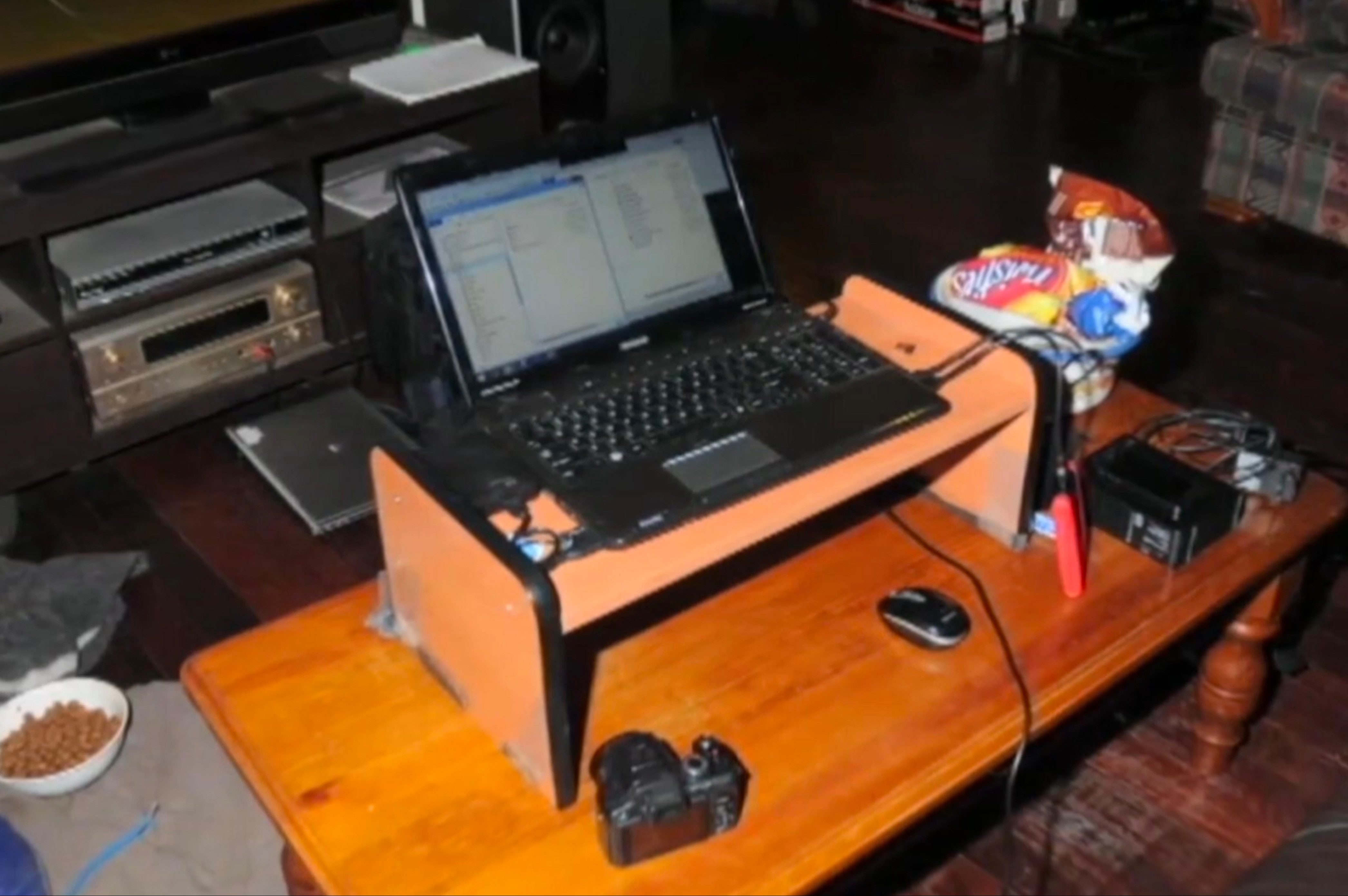 Huckle was later handed 22 life sentences after admitting to 71 counts of sex abuse against children – with the judge noting the number of victims was likely nearer 200.

In a statement to the press,  he tried to claim he had low self-esteem and a "lack of confidence with women", and that he'd "completely misjudged the affections I received from these children".

"I had hoped to escape this mundane life of solitude in the UK yet was overwhelmed by the attention I received in Malaysia," he said. "I am open and eager to rehabilitate from this offending behaviour."

Huckle was ordered to serve a minimum of 25 years – meaning he could have been out by 2041. But last Autumn, he was killed behind bars.

After his sentencing, he had declared: "I don't want to become a martyr to sex tourism in Malaysia." Yet it seemed he had finally paid the ultimate price for his crimes. 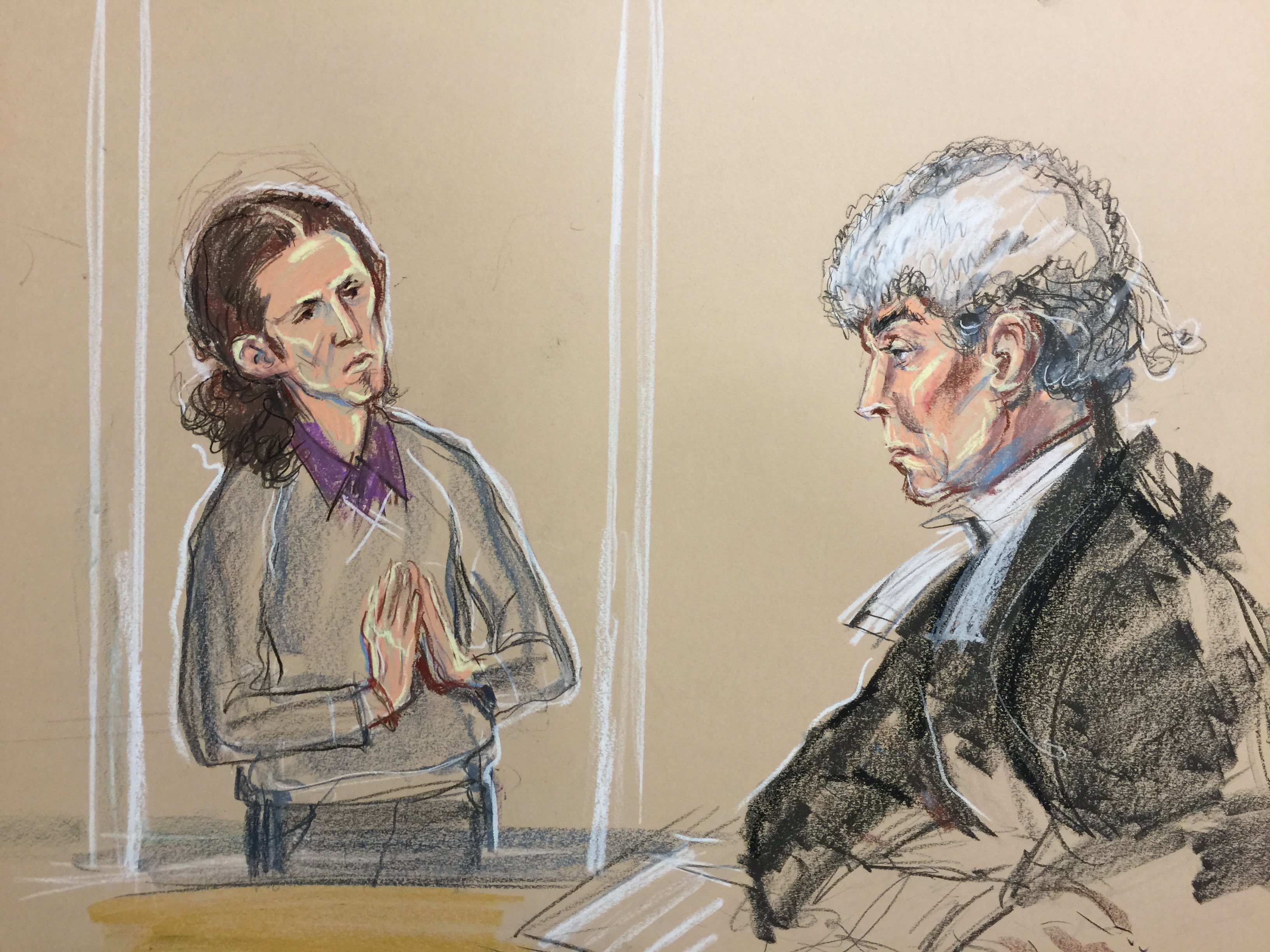 During Fitzgerald's murder trial, prosecutor Alistair MacDonald QC said the attack on Huckle was designed to "humiliate and degrade" him.

Mr MacDonald also said Fitzgerald told doctors he had sexually assaulted Huckle, even though he did not find him sexually attractive.

The barrister said: "He felt that it was poetic justice and he wanted Richard Huckle to feel what all those children had felt."

Fitzgerald denied murdering Huckle but accepted killing him by reason of diminished responsibility. However, jurors took around an hour to convict him of murder following a four-day trial.

World 'rid of a monster'

Today, some are furious that Huckle has been spared decades behind bars through his death, while his young victims are forced to battle a life sentence of trauma.

Yet others feel differently.

"At least the world is rid of him and the taxpayer isn't keeping a piece of c**p like that alive," says his former secondary schoolmate.