How the Romans changed culture is recorded in Royal Mail collection

Leaving their stamp on the UK: How the Romans impacted British culture is recorded in latest Royal Mail collection

Royal Mail has launched a collection of eight new picture stamps to celebrate the Romans in Britain, including famous landmarks such as Hadrian’s Wall and Dover Lighthouse.

Eight stamp designs showing Roman artefacts and architecture across the country will be available on general sale from next Thursday. 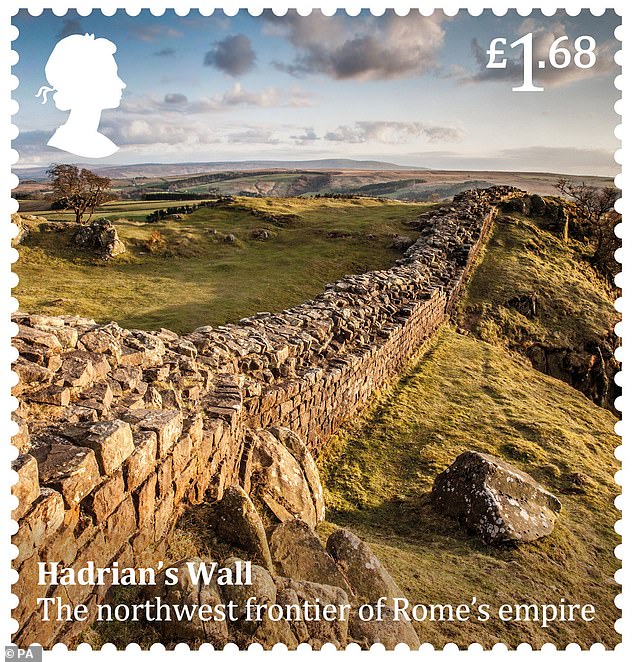 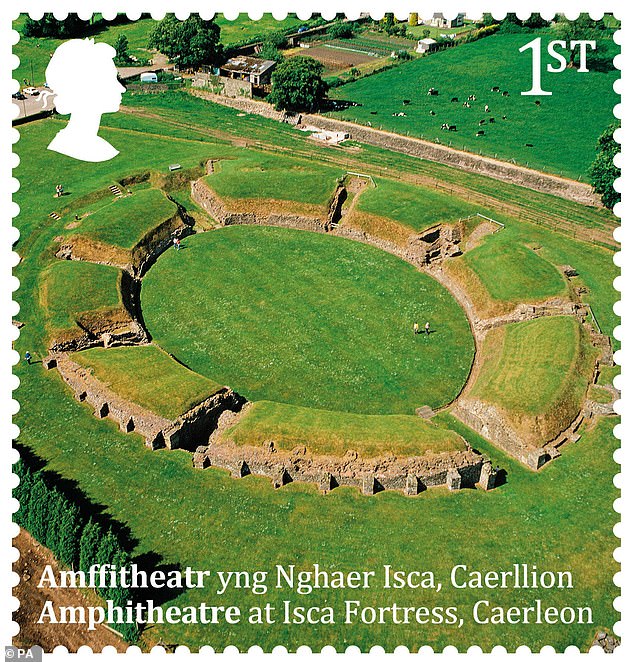 Royal Mail worked with the British Museum to design the stamps, and the full set of eight can be purchased for £10.35.

For almost 400 years, from 43 to 410 AD, much of mainland Britain was a province of the Roman empire. 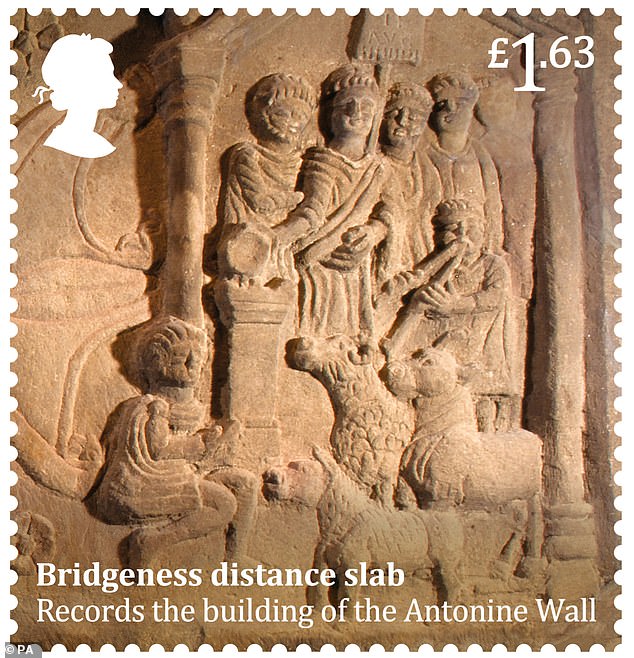 Bridgeness distance slab, a key piece of history, is also among the new collection of stamps 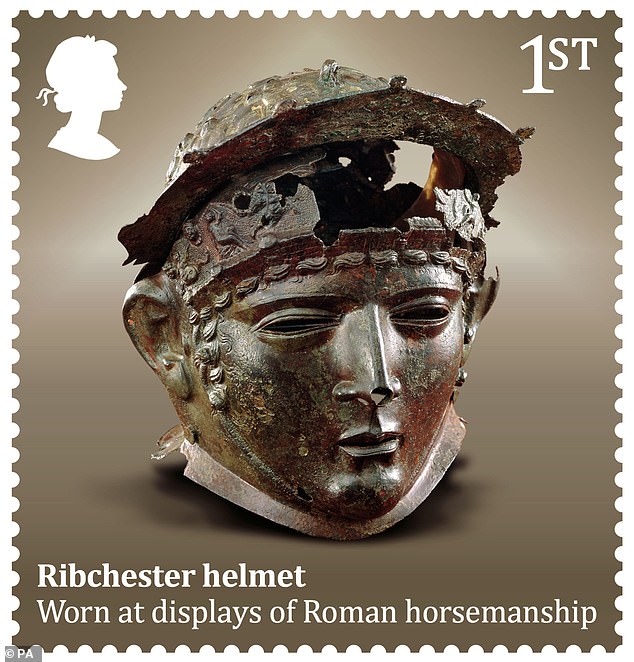 Royal Mail spokesperson Philip Parker said: ‘What did the Romans do for us?

‘They gave us important new towns, a network of roads to link them, vast building works in stone, a new language and our calendar – they even named the country, ‘Britain’.

‘These new stamps feature some of the most complete and striking Roman sites and objects which show their character and sophistication.’ 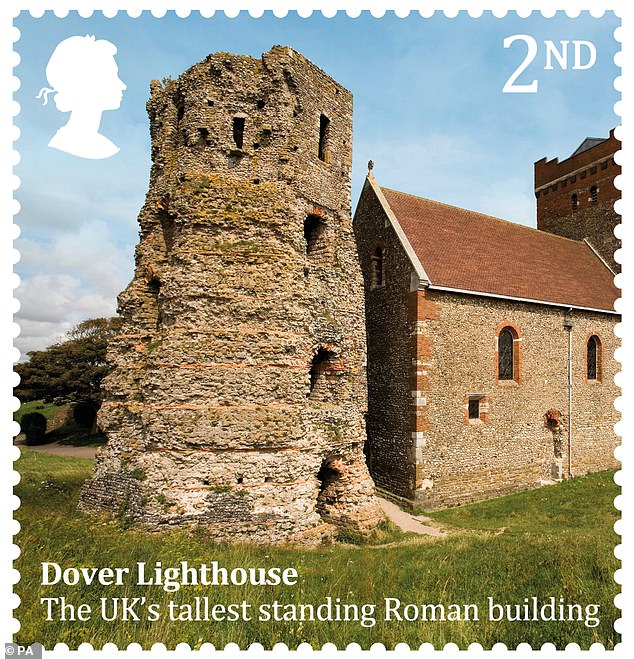 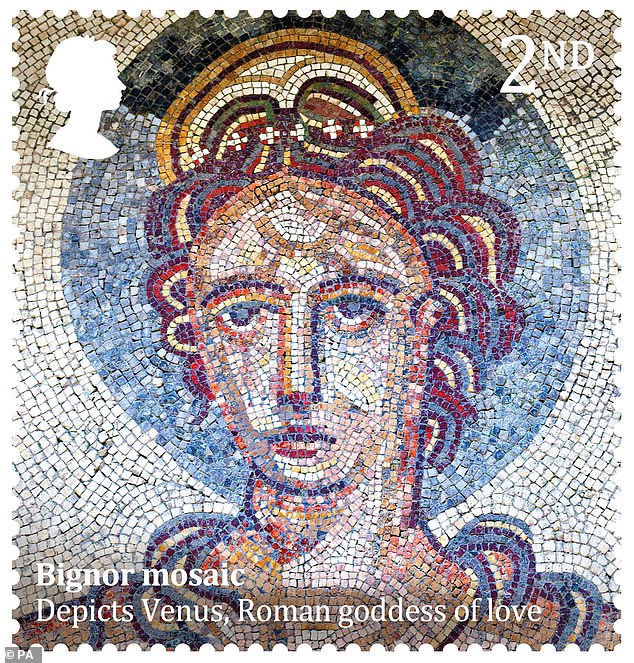 The Weston Curator of Roman Britain and the British Museum Richard Hobbs said he hopes the eight sites and objects will ‘give a taste of life in Roman Britain’ and encourage people to explore the period.

Mr Hobbs said: ‘The Ribchester helmet is not only one of the British Museum’s iconic items, but also one of our earliest acquisitions – it’s been in the national collection since 1796, when a hoard of Roman military equipment was discovered in Ribchester, Lancashire.

‘The helmet, decorated with a scene of a battle between infantry and cavalry, was the most spectacular piece.’ 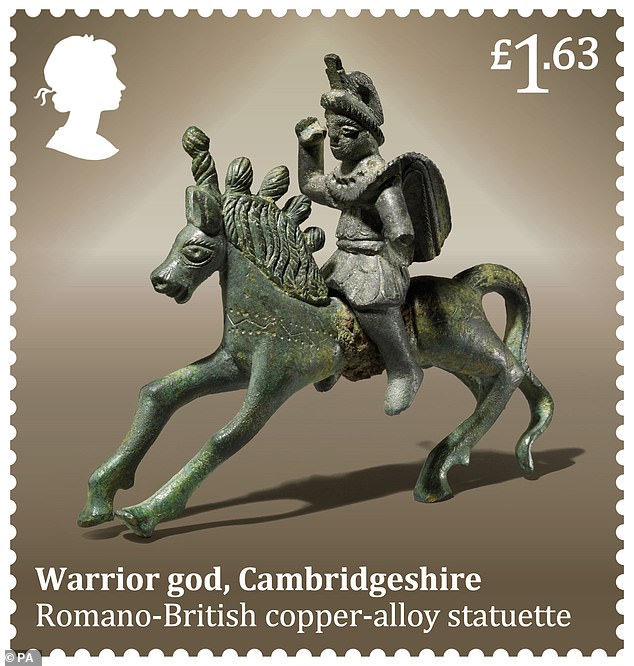 There are an estimated 2.5 million stamp collectors and gift givers in the UK 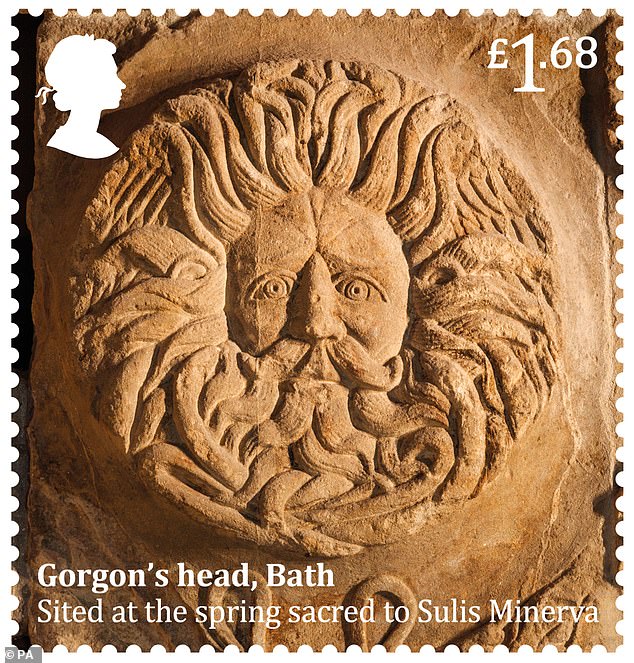 Another ancient artefact, Gorgon’s head in Bath, is sited at the spring sacred to Sulis Minerva

Today, there are an estimated 2.5 million stamp collectors and gift givers in the UK and millions worldwide.