Huawei 'able to eavesdrop on conversations on Dutch mobile network'

Chinese communications giant Huawei was able to eavesdrop on any conversation taking place on one of the biggest mobile networks in the Netherlands.

Hauwei staff were able to monitor all of KPN’s mobile users and eavesdrop on their private conversations – and even knew which numbers were tapped by police or intelligence agencies, according to Dutch newspaper de Volkskrant.

The newspaper cited a report prepared by consultancy firm Capgemini for KPN, which it said flagged that Huawei could have been accessing users’ calls in 2010 without KPN knowing.

Even phone calls by the former Prime Minister Jan Peter Balkenende, government ministers and Chinese dissidents were allegedly able to be monitored by Huawei. 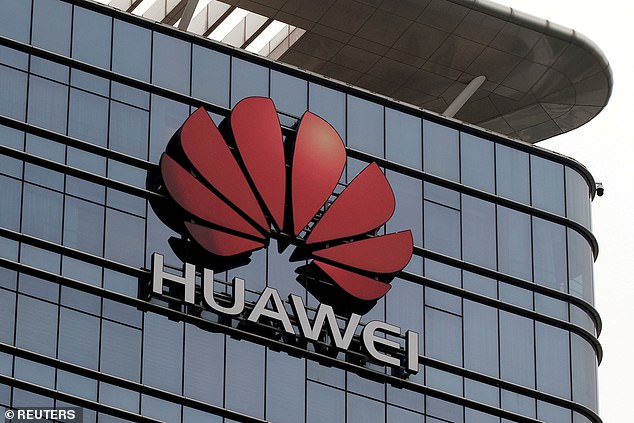 Dutch MPs from across the political spectrum today called for the government to respond to the report about Huawei’s role in the KPN mobile network.

The Dutch telecoms company today said that Huawei had not to its knowledge improperly monitored any of its mobile users or that customer data was stolen.

KPN confirmed the existence of the report, which has not been released by KPN or De Volkskrant, but said it had been intended to analyse risks associated with Huawei.

The report’s findings were so shocking that the internal report was kept secret, de Volkskrant reports.

‘The continued existence of KPN Mobile is in serious jeopardy as licenses can be revoked or government and businesses can relinquish their trust in KPN if it is known that the Chinese government can eavesdrop on KPN mobile numbers and shut down the network,’ the report said.

The report added that Huawei staff – both in KPN buildings and abroad in China – had the ability to access unlimited KPN mobile numbers and eavesdrop on their calls. At the time, the company’s mobile network had 6.5 million subscribers. 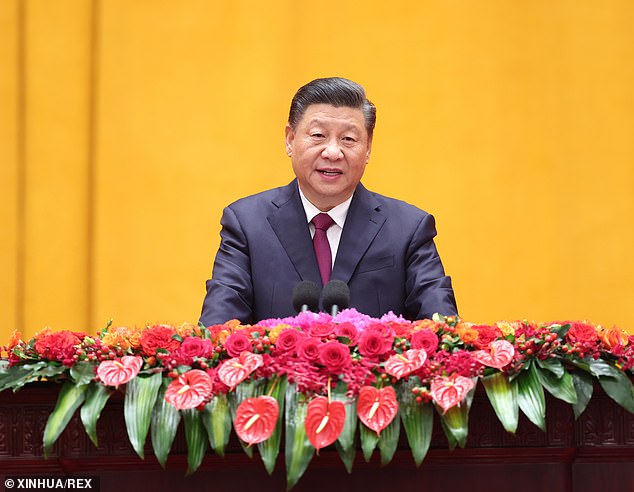 The report added that Huawei staff – both in KPN buildings and abroad in China – had the ability to access unlimited KPN mobile numbers and eavesdrop on their calls. Pictured: President Xi Jinping

Meanwhile Huawei, KPN’s main supplier for equipment in its 3G and 4G mobile networks, rejected outright any suggestion that it could have improperly monitored the telecom firm’s users.

Michel van Eeten, a professor at Delft University and a member of the Cyber Security Council told the newspaper that the telecommunications market was extremely competitive in 2010.

‘That is how cheap Huawei got in,’ he said. ‘At that time, security was not as important. That way of working would be considered unacceptable now.’

‘No supplier of KPN has ‘unauthorized, uncontrolled or unlimited’ access to our networks and systems, or is capable of eavesdropping on KPN clients,’ a KPN spokesperson said, referring to the De Volkskrant story.

KPN added that the Capgemini report had not established whether Huawei had monitored any users or taken data.

‘In all years, we have never observed that Huawei took client information,’ the company said.

It added: ‘Partly on the basis of the risk analysis in question, KPN at the time decided not to outsource full maintenance of its core mobile network.’ 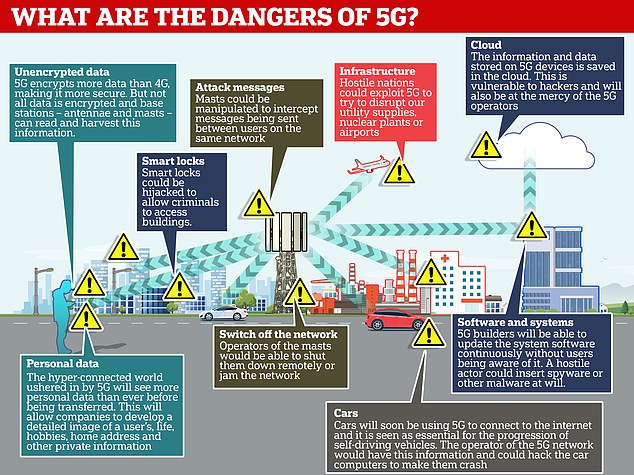 Huawei Netherlands said its workers did not have unauthorized access to KPN’s networks and data.

‘Since we began in the Netherlands 15 years ago, we have never been accused by government bodies of acting in an unauthorized way,’ it added.

Huawei Netherlands’ chief operating officer, Gert-Jan van Eck, said allegations in the De Volkskrant story that even calls by the country’s then-prime minister might have been monitored were ‘completely not credible.’

The newspaper’s sources said the conclusion of the report were shared with the Dutch intelligence agency AIVD – but it has so far declined to comment.

In April 2019, the agency said it was ‘undesirable for the Netherlands … to depend on the hardware or software of companies from countries running active cyber programs against Dutch interests,’ naming China and Russia.

In July 2019, a Dutch government task force recommended stronger vetting of telecoms equipment suppliers but did not say Huawei should be banned, despite pressure from the U.S. government and warnings by the Dutch intelligence agency about the dangers of Chinese espionage.

However, the Dutch government decided to exclude Huawei from having a role in developing a new 5G network in the country on the advice of the AIVD.

A month later, the government introduced new security measures for the telecoms sector, including a background check for persons with access to networks.

A number of Western countries have voiced national security concerns over Huawei.

The UK Government announced in January last year that Huawei would be granted a role in building Britain’s new 5G network.

But ministers then performed a U-turn in July, with the firm banned from the network while all of its existing 5G technology will be stripped out by 2027 over national security concerns.

Speaking on BBC Radio 4’s Today programme, Mr Tugendhat claimed at the time that Huawei’s continued involvement in Britain’s 5G network would be ‘extremely problematic’ because the company is ‘actually owned by the Chinese Communist Party’.

He said that allowing Huawei to build up the 5G architecture would be ‘putting billions and billions of pounds’ into the hands of the Chinese security state.

Mr Tugendhat added that the choice was between a few months’ delay in rolling out 5G across the UK or a ‘lifetime of dependence’ on Beijing.

The decision to ban Huawei from the 5G network promoted a furious response from Beijing.

China’s ambassador to the UK Liu Xiaoming hinted at retaliation over the ‘disappointing and wrong’ decision to strip Huawei out of Britain’s 5G network – adding it was ‘questionable’ if the UK can be an ‘open and fair’ business environment for firms from other countries.

Mr Xiaoming tweeted: ‘Disappointing and wrong decision by the UK on Huawei.

‘It has become questionable whether the UK can provide an open, fair and non-discriminatory business environment for companies from other countries.’ 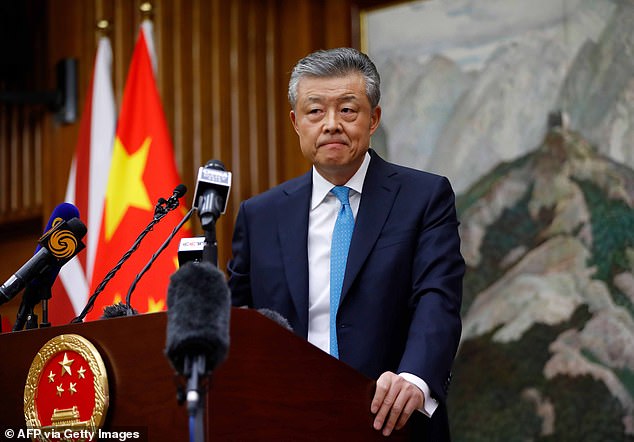 Liu Xiaoming, the Chinese ambassador to the UK, tweeted: ‘Disappointing and wrong decision by the UK on Huawei’

Under the Government’s plans telecoms firms are now prohibited from purchasing any new Huawei 5G equipment and all of its hardware will be removed from the network over the next seven years.

The UK’s decision to ban Huawei came after the US had urged its allies not to use the company’s technology because of national security concerns – concerns which have always been rejected by the firm.

Related News:
TV and Movies
'Scandal' Wasn't the Only Time Tony Goldwyn and Kate Burton Worked Together
Towie's Georgia Kousoulou reveals Tommy Mallet REAL name – leaving fans shocked
IDA Appoints Richard Ray Perez as Next Executive Director
How did Loni Willison become homeless?
This Is Us cancelled: Why has This Is Us been cancelled?
Recent Posts