A HUGE 40ft whale has washed up dead on an Essex beach today.

The massive animal is currently still in the water in Clacton-on-Sea as cops and rescuers work to remove the carcass. 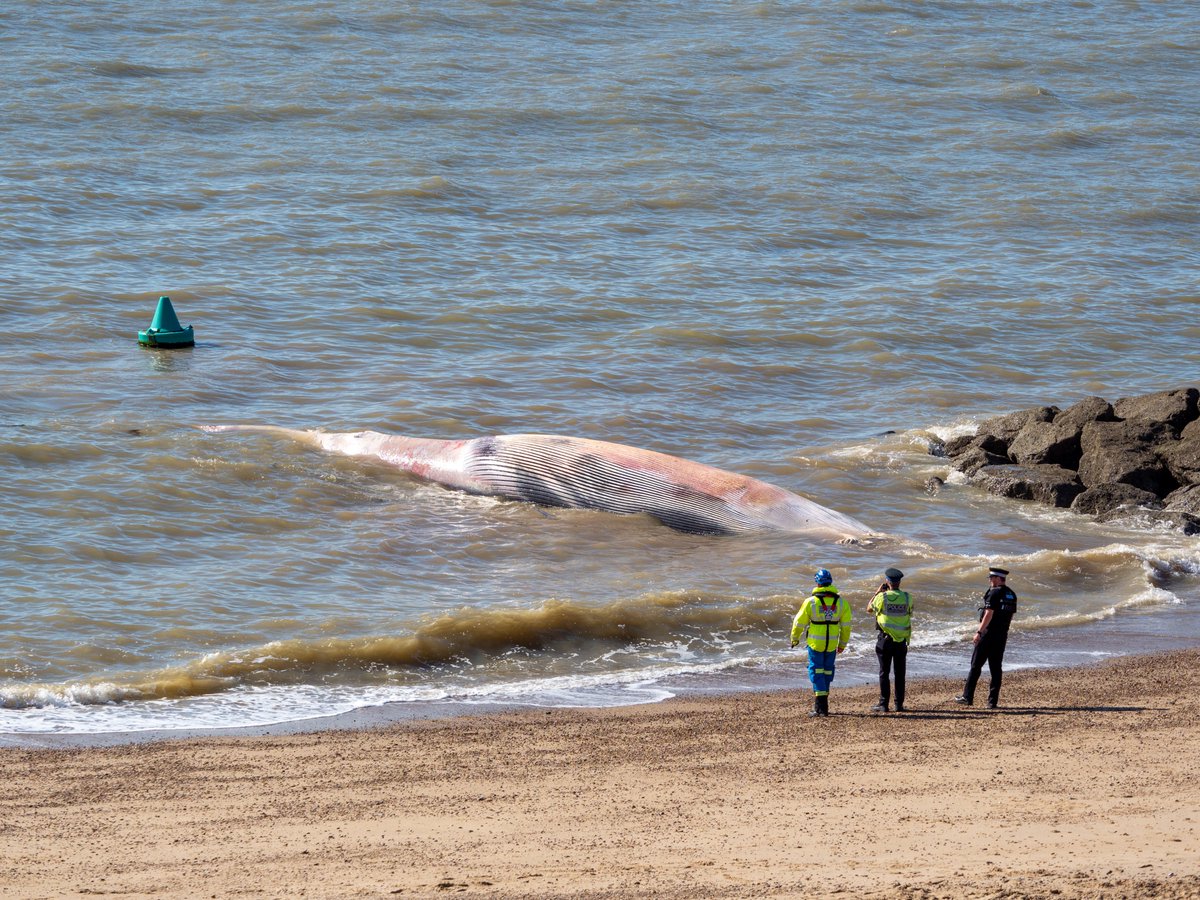 A cordon is now in place as people are asked to avoid the area.

It is not yet clear what type of whale the animal is – with a string of different species spotted in British waters in recent years.

Big Blue Ocean Cleanup tweeted: "We are currently on site at Clacton-on-Sea where a dead whale has washed up onto the beach."

Essex Police posted on Facebook: "Sadly a 40ft whale has been washed up on Clacton this morning.

"We are currently in attendance with other organisations and discussions are under way on how to remove her. The area is cordoned off and the public are advised to stay away. #SocialDistancing#StayAlert".

There have been frequent reports of whales washing up on British beaches over the past few years.

Tragically in February, a giant endangered fin whale died after crushing its internal organs on a rock on a Cornish beach.

A report last year, led by Rob Deaville of the Zoological Society of London, found 4,896 whales, dolphins and porpoises died on UK beaches between 2011 and 2017.

These figures demonstrate a 15 per cent rise on data from the previous seven years.

The growing number of carcasses may be an indication of a threat to UK marine life but dead whales can also be a danger to humans as they can carry infections and even explode.