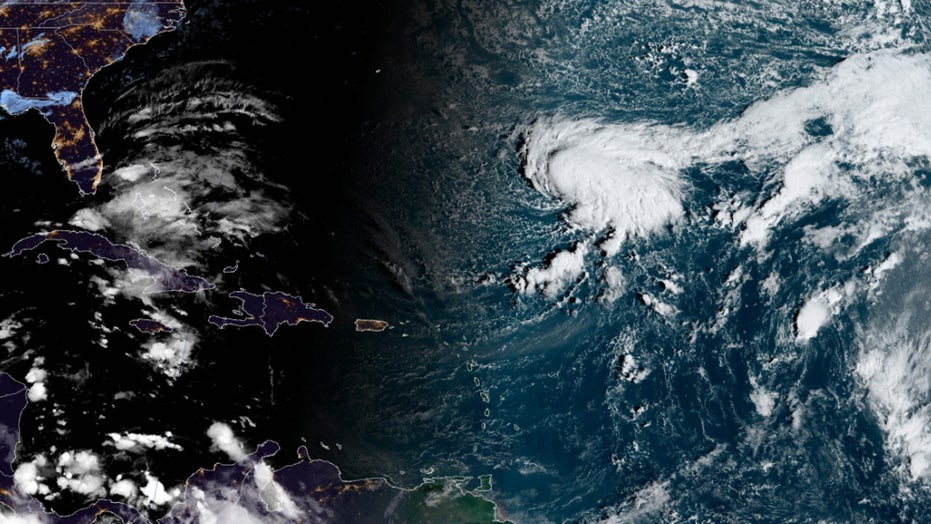 2020 Atlantic hurricane season is running out of names, so what happens next?

With a number of weeks left in the 2020 Atlantic hurricane season and only one name left on the official storm name list, the National Hurricane Center explains what happens next.

An area of disturbed weather out over the Atlantic Ocean now has a high chance of developing into the next tropical storm sometime this week, according to forecasters.

The National Hurricane Center (NHC) in Miami said Monday that an area of showers and thunderstorms have "increased in organization" in a low-pressure system located about 700 miles southeast of Bermuda.

The system has been moving out over the Atlantic for several days but has recently been getting better organized.

While environmental conditions are only described as "marginally conducive for development," a subtropical or tropical depression is still forecast to form by Monday night or on Tuesday. 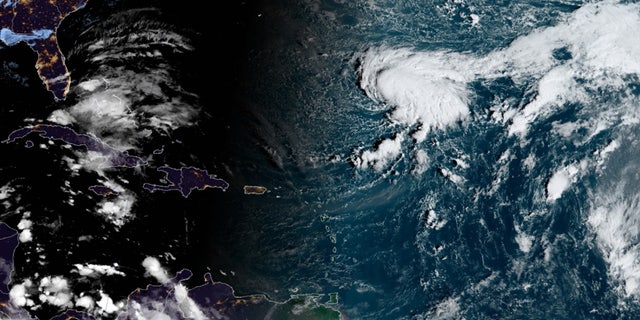 An area of disturbed weather is located about 700 miles southeast of Bermuda, and getting better organized, according to forecasters.
(NOAA/GOES-East)

Upper-level winds are forecast to become more favorable for tropical development by late Tuesday and into Wednesday.

Forecasts from the NHC give the system a 90% chance of forming into a tropical cyclone in the two to five days. 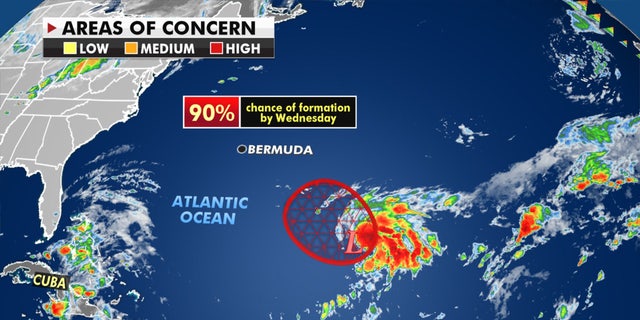 There’s a 90% chance a tropical system develops near Bermuda in the next five days.
(Fox News)

If it develops into a tropical storm, the system would have the name "Epsilon" from the Greek alphabet and be the 26th named storm of the season, and would break yet another record during this hurricane season.

Bermuda needs to monitor this system as it could impact the island on Friday. 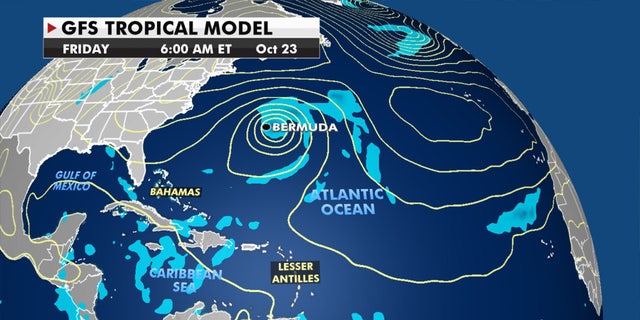 The system may bring impacts to Bermuda by the end of the week.
(Fox News)

Forecasters are also monitoring the southwestern Caribbean Sea, where a broad area of low pressure is expected to form over the next couple of days.

"Some gradual development of this system is possible late this week while it moves slowly
northwestward or north-northwestward over the western Caribbean Sea," the NHC said.

Forecasters give this system a 20% chance of development over the next five days.

There is just over one month left in the 2020 Atlantic hurricane season, which ends Nov. 30, but this season has broken numerous records as forecasters in September ran out of traditional names and went to the Greek alphabet for storms Alpha and Beta. Delta became a Category 4 storm before weakening and swiping Mexico, then took aim and roared into Louisiana as a Category 2 hurricane. 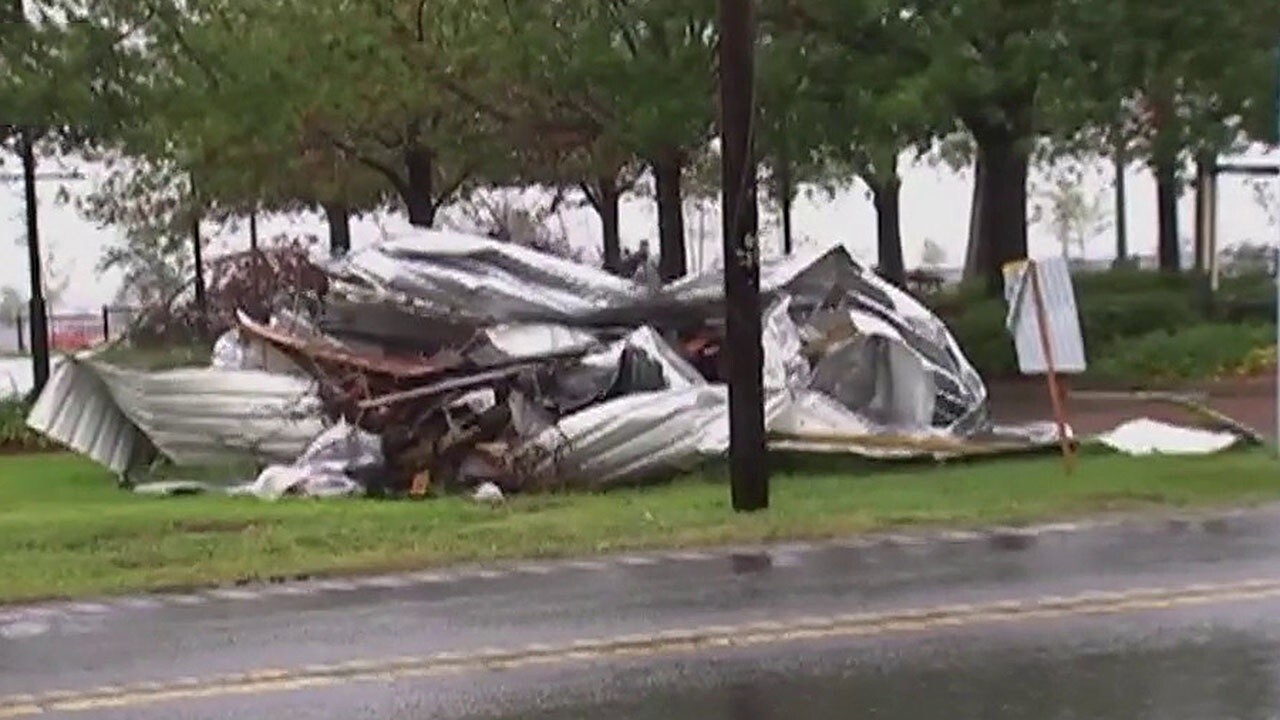 That's far above an average year. Based on 1981-to-2010 data, that is 12 named storms, six hurricanes, and three major hurricanes.

So far this year, there have been 25 named storms, including nine hurricanes and of those, three major hurricanes.

With weeks to go until the season officially ends, the 2020 season could set the record for most named storms.