GILES Darby was just a few weeks into his foreign prison sentence when he watched a man being beaten half to death.

Convicted of fraud and extradited to the US, Giles had lost his comfortable life as a multimillionaire banker in Britain to be banged up in Allenwood Federal Correctional Institution, Pennsylvania, in the wake of one of the biggest scandals in business history. 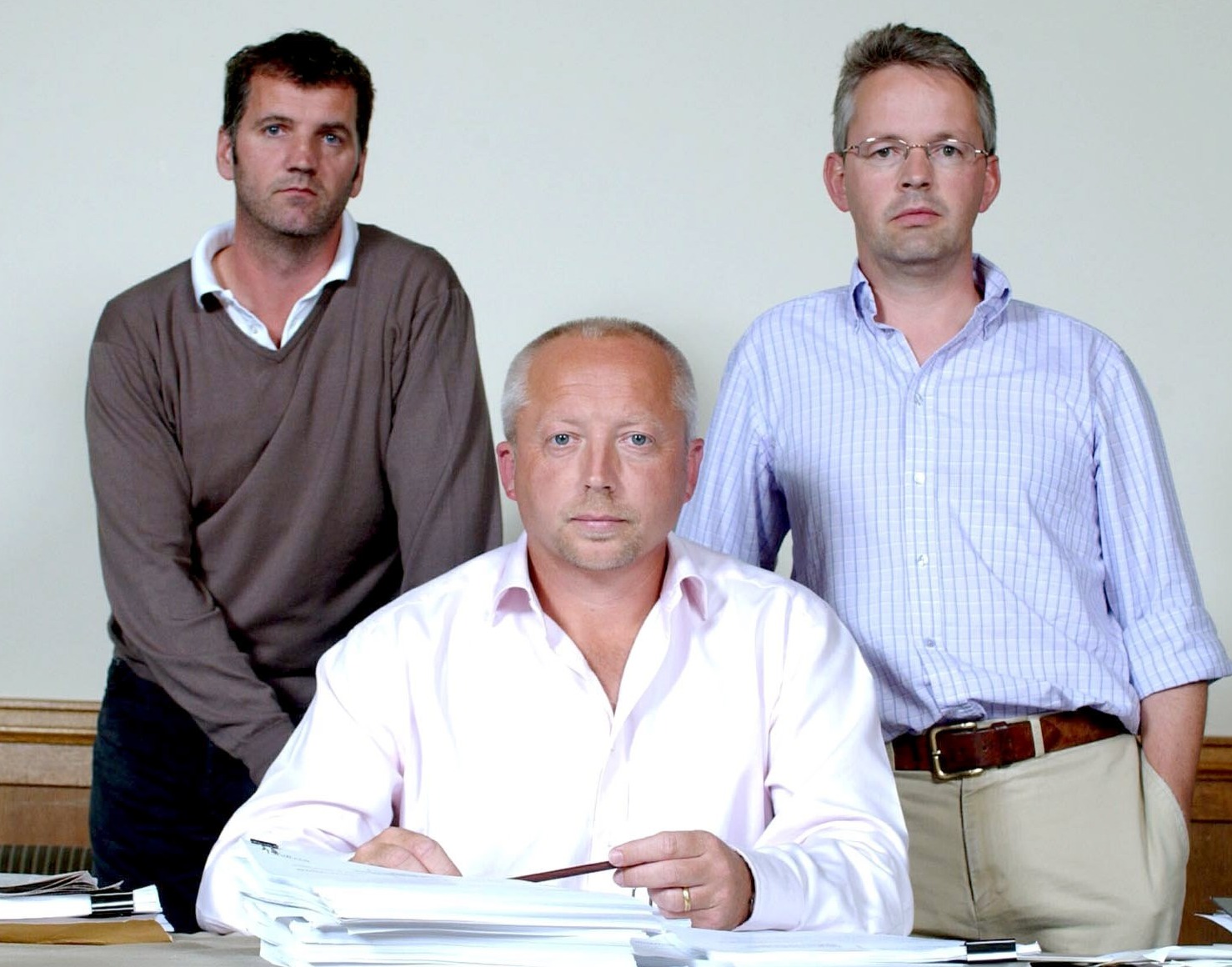 Dad-of-five Giles, along with Gary Mulgrew and David Bermingham, was one of the NatWest Three – a trio of British bankers convicted of fraud and sentenced to 37 months in separate American jails.

Despite their nationality and their victim being a UK business, Giles believes the three were jailed in the US because Tony Blair caved to political pressure from George Bush, who was out for blood in the wake of the Enron scandal.

The energy firm's leadership was found to have used off-the-books accounting practices and fake holdings to fool regulators, hiding huge amounts of debt and toxic assets.

When the accounting scandal broke, Enron went from one of the most powerful businesses in America to bankrupt in under a year, with several executives subsequently jailed. 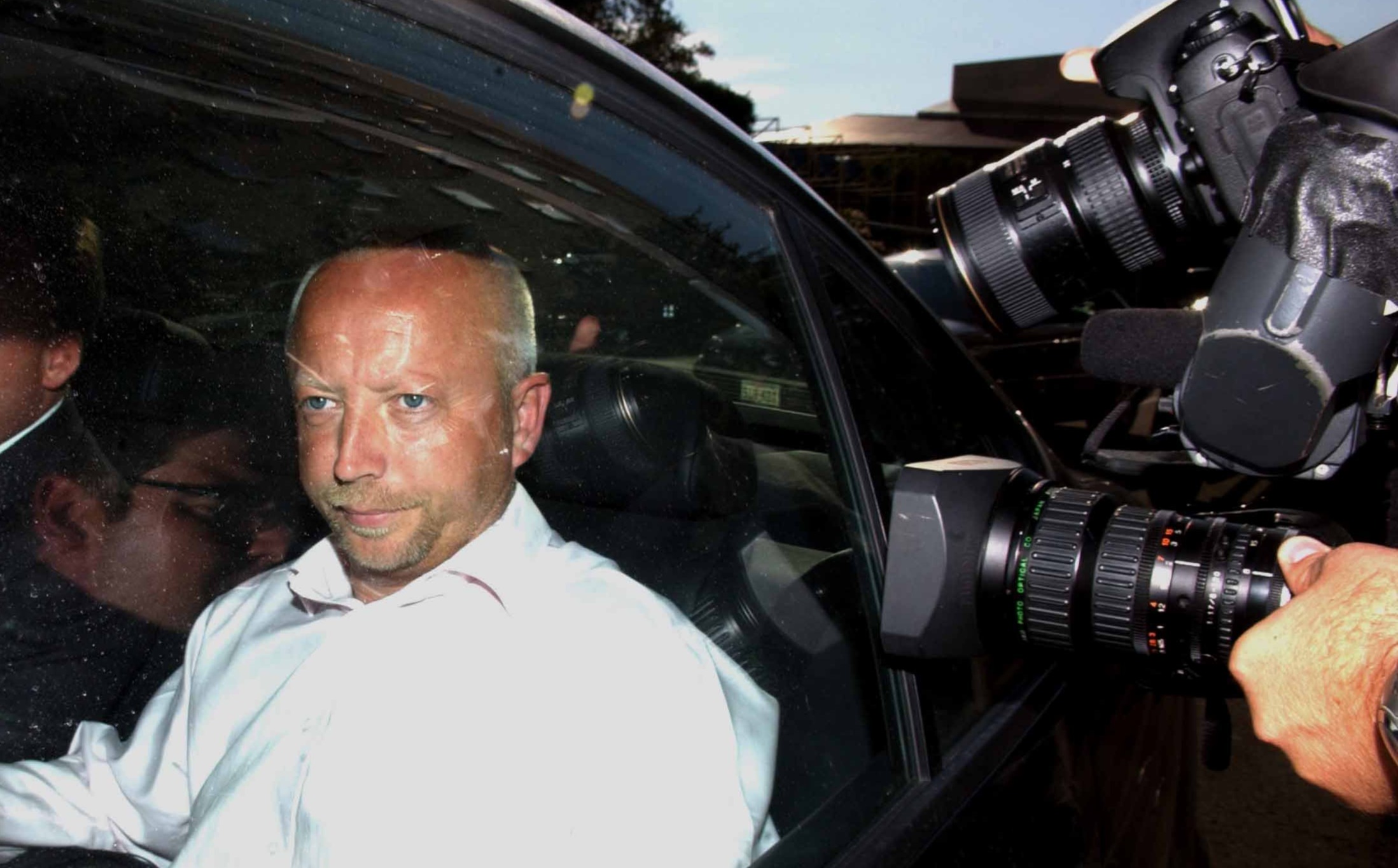 Little did Giles Darby know that his dealings with one of those Enron executives would land him behind bars in a US prison too.

Now 58, Giles is telling the story of his incarceration in a new book, Inside Allenwood.

“It’s the closest thing you can imagine to dying, but not dying,” Giles tells The Sun.

“Everyone that knows you that has anything to do with you is sorry and sad that you’re locked up.

“But they’ve got to get on with everything and get on with their lives – they have no choice.

“And you’re just sat there in a prison cell and you’re missing everything.”

This is how one of the biggest corporate scandals in history landed Giles behind bars in the US with mobsters and murderers.

When Giles was indicted for fraud in 2002, he made the same point repeatedly to his legal team: why would he do something illegal when he was already making so much cash legitimately?

After joining his local NatWest branch in Trowbridge, Wiltshire, straight from school, Giles' progressed up the ladder to be a big money deal maker. 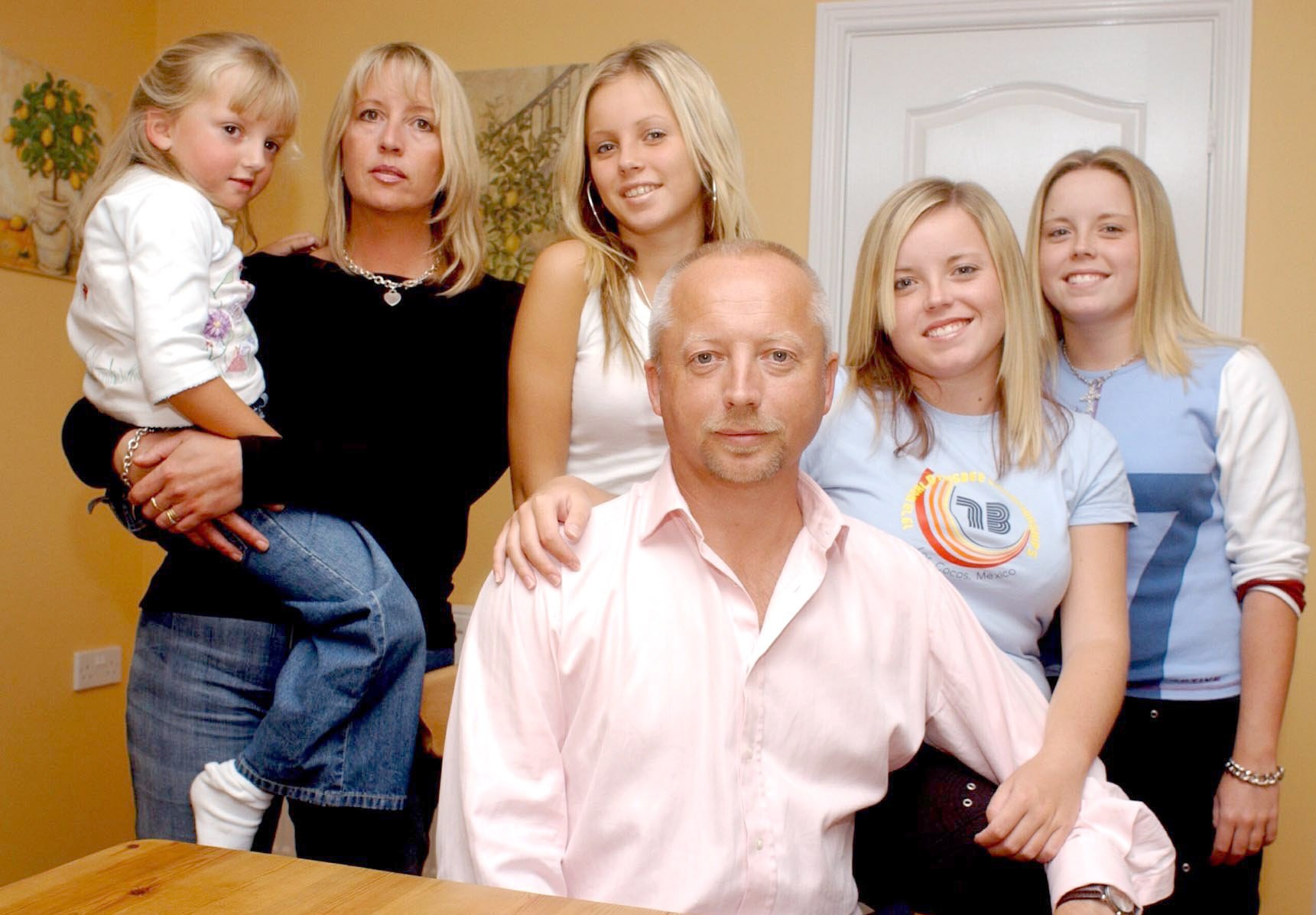 It was one such big money deal in 2000 that would end up derailing his life.

The year before he made it, Giles had been given an £800,000 bonus and was offered a contract paying £1.8million over two years.

He'd led a jet-setting life of first-class travel, chauffeur-driven cars, and splitting his time between his two houses in London and the New Forest.

“We didn’t need to go and do a fraudulent transaction to earn another £1.5million,” Giles says.

“We didn’t need to go and jeopardise our lives and careers by doing a knowingly illegal side deal to blow ourselves up when we were being paid plenty of money already.” 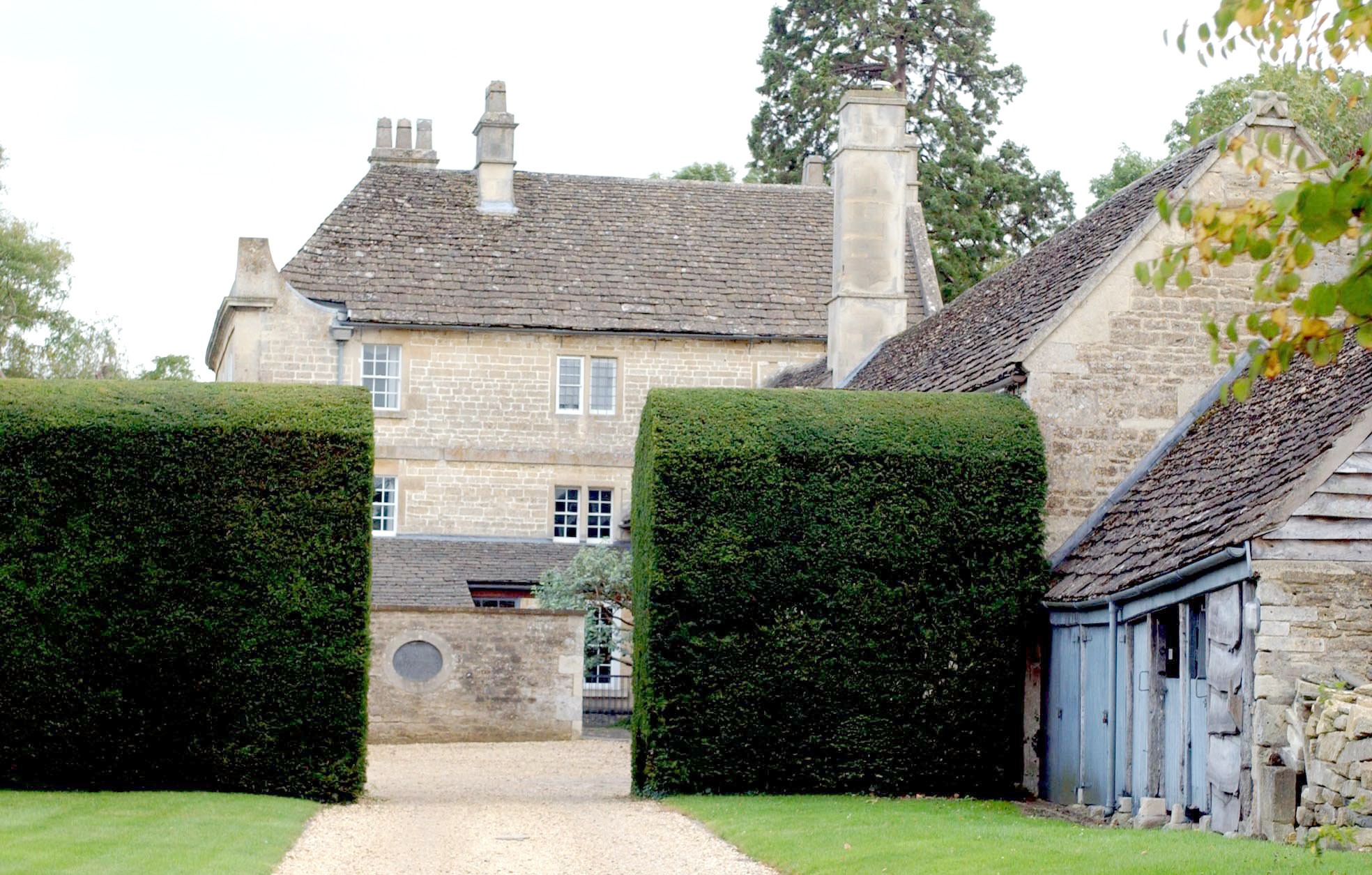 At the time, Giles and the others were working as investment bankers at Greenwich NatWest, which dealt with Enron.

They were accused of defrauding their employer by selling its stake in an Enron subsidiary for less than its true value to a Cayman Islands company in which they had a personal financial interest.

When it was then sold back to Enron for a huge mark-up, disgraced Enron CFO Andrew Fastow gave each of the NatWest Three their share of the profits of around £1.5million each.

Enron had been big supporters of George Bush's political campaigns, and Giles remembers watching the president on television promising tough action when the firm collapsed in 2001.

“He said: ‘I’m gonna make sure that people go to prison for this',” Giles says.

'In the teeth of a shark'

It wasn't until June 2002 that Giles found out the deal with Fastow might put him behind bars for decades.

Giles was staying at a friend's house when his pal came into his room one morning to say: “Mate, we’ve got to turn the telly on – apparently you’re on it.” 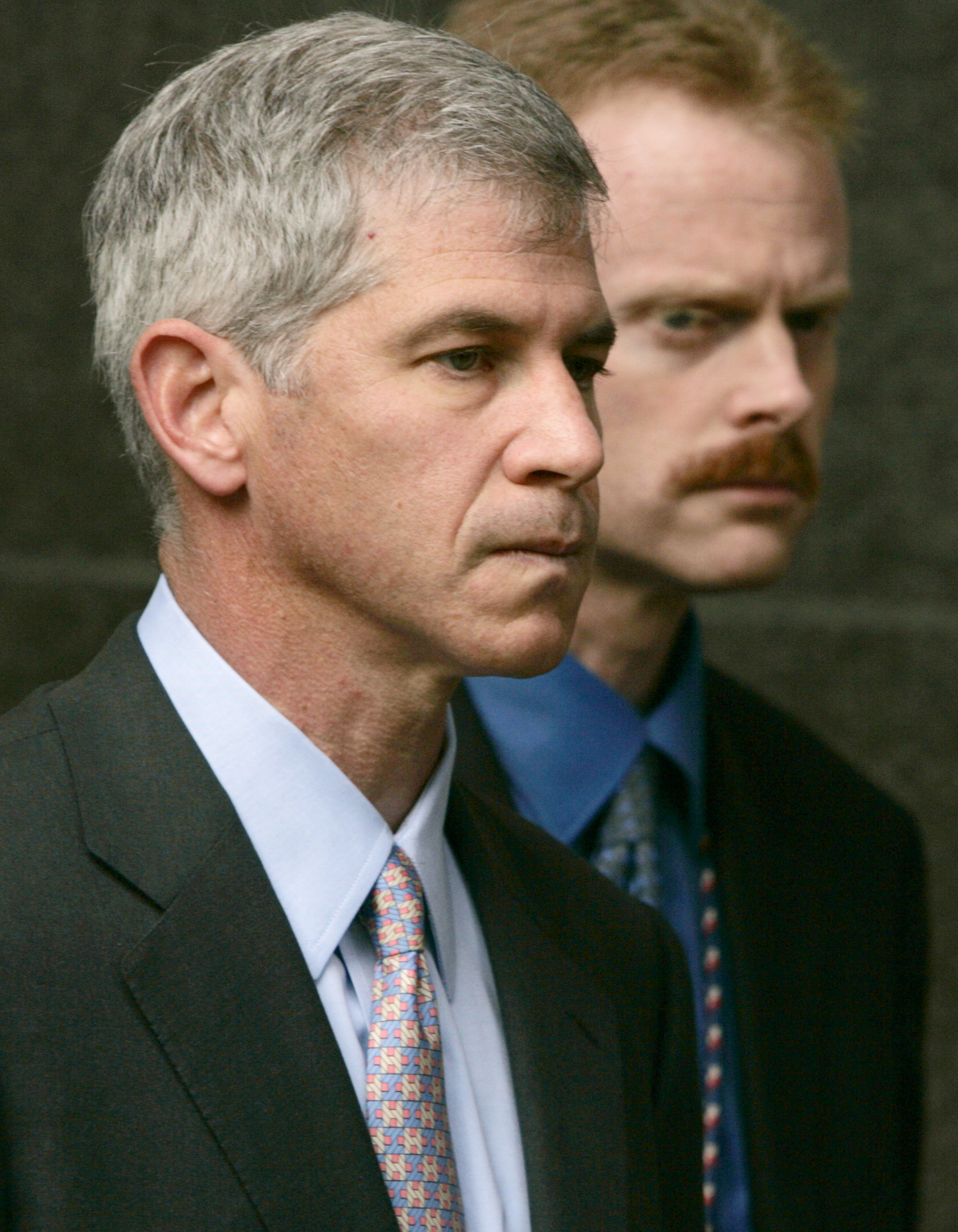 They turned on the screen to see the headline: ‘Three Greenwich NatWest bankers indicted for involvement in Enron collapse’.

“I was looking at the television going: ‘Are you kidding me? What the hell? What’s going on?’” Giles says.

When Enron collapsed in late 2001, the investment Giles and the others made with Fastow had been flagged as one of many suspect transactions.

The NatWest Three voluntarily disclosed the deal to UK finance regulator and even gave it permission to pass their statement to the US Department of Justice, believing they'd done nothing wrong.

But it was now clear they were in prosecutors' crosshairs, and Giles spent the hours following the newsflash frantically calling lawyers and colleagues after finding the “horrifying” allegations listed in the US indictment against him.

The reality really hit home when he went into a supermarket in the days after to see his picture on the front page of his local paper alongside a headline saying how much time he was facing in a US prison: 35 years. 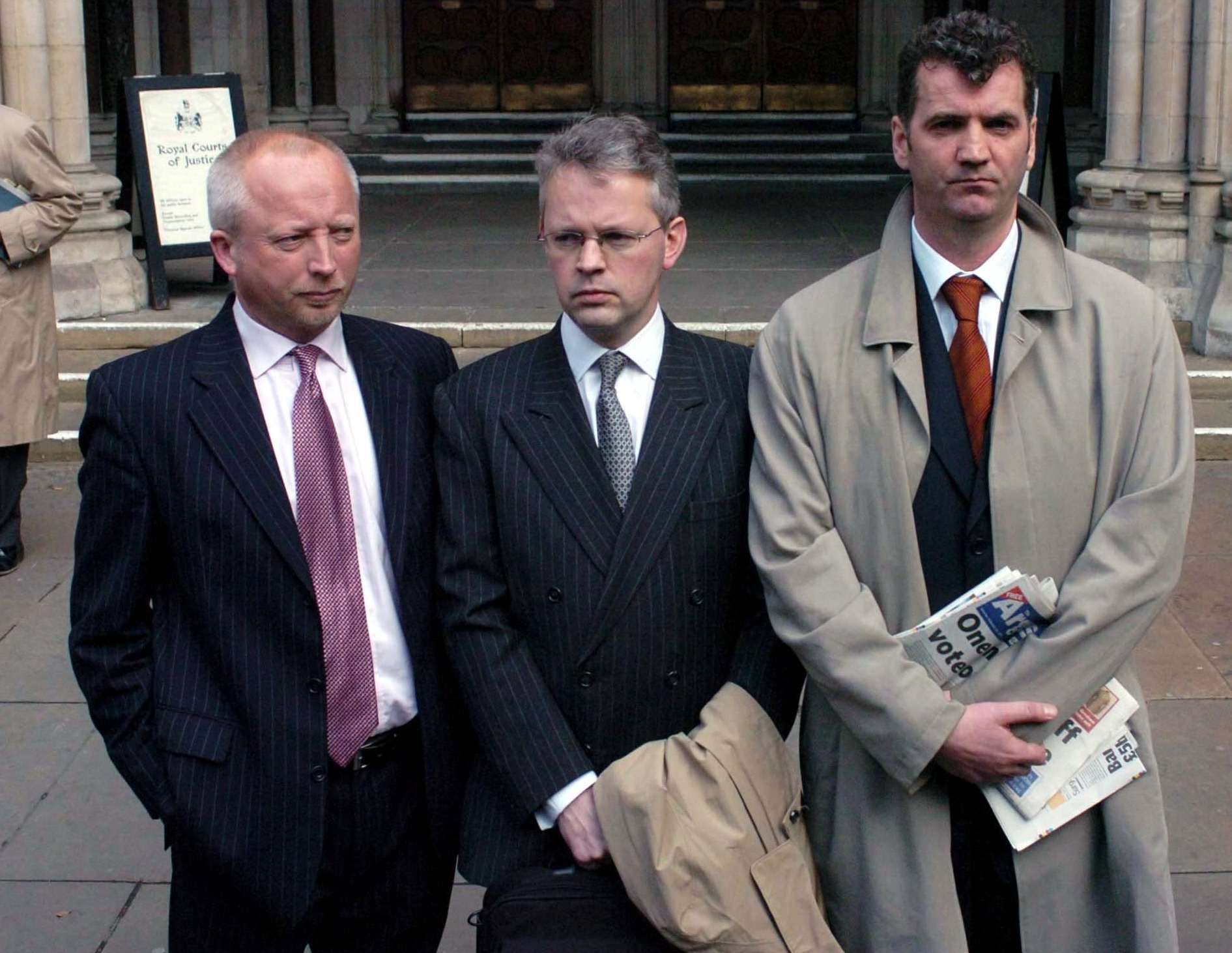 “Right at the beginning, we were in shock,” Giles says.

“The three of us and our wives and partners, there’s no doubt about that.”

Shock quickly turned to anger as they sought to prove their innocence, and they launched a PR campaign to fight their case in the court of public opinion.

The idea was to raise awareness about their plight – but Giles wasn't behind the plan, fearing it would provoke the American government to up their extradition demands.

“If you’re in the teeth of a shark and you keep wriggling, then it’s going to get worse,” he says. “I felt we were just making things worse for ourselves.” 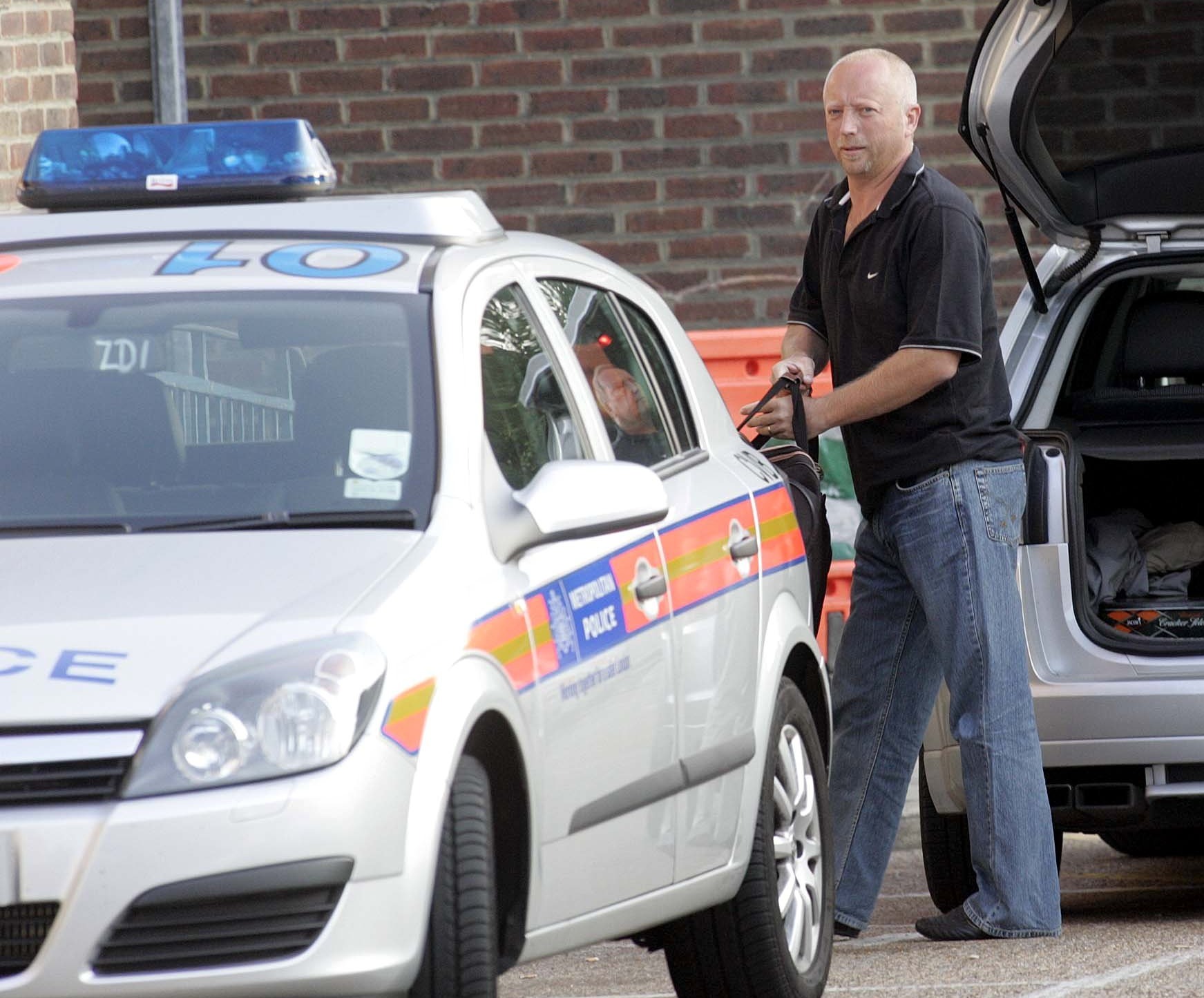 City executives publicly protested in London against the trio's extradition and an emergency debate was held in the House of Commons.

Even Giles' 10-year-old daughter, Elle, took up the fight by writing a heartbreaking letter to Tony Blair to stop her dad being taken away.

“If you change your direction and guard these Britons, then I will think greatly of you,” she wrote. 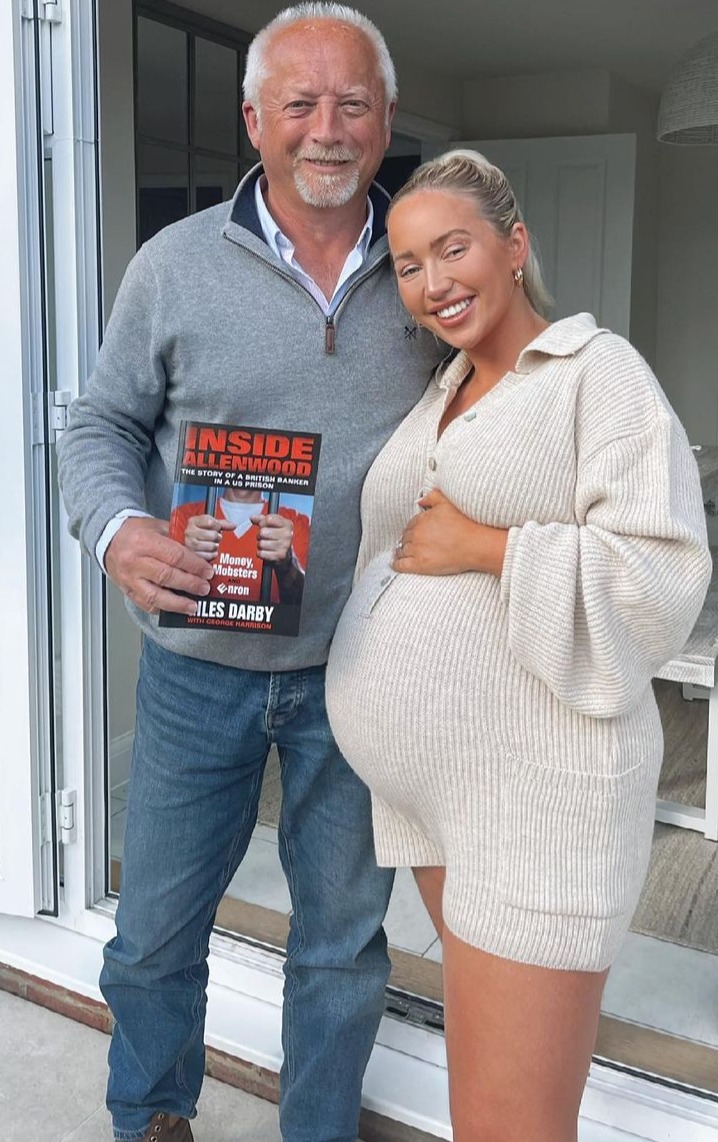 But the day still came in July 2006 when Giles was handcuffed to two US marshals and put on a plane at Heathrow bound for Houston.

When they landed, pictures of the three men in chains were broadcast around the world.

Caged with a sex offender

He took the plea deal fearing that losing the case in court could mean decades behind bars in the US, with even a mistrial ensuring even more months away from his family.

In the US, the vast majority of federal cases are settled as plea bargains, where defendants agree to plead guilty to an offence in exchange for a lighter sentence than what they could face if they lose at trial.

The Statement of Facts in Giles' case acknowledged that the NatWest Three weren't aware of Fastow's fraud against Enron, but that they had stolen an investment opportunity from their employers.

They were each sentenced to 37 months for the fraud in 2008.

Giles was shipped off to Allenwood Federal Correctional Institution in Pennsylvania where he was immediately put in solitary confinement for 48 hours.

“This was one of my first prison lessons: the more you have on the outside, the worse it is to be inside,” Giles says.

“If you have nothing to live for outside prison, then being inside may be easier. But if you have a full and happy life, it becomes almost impossible to bear being locked away.”

When he was released into the general population where he was immediately locked up with a sex offender, Ross, and El, who advised him to stay away from "lollipops" – the prison term for sex offenders and paedophiles.

Only rats came close to being as hated in the prison system, and Giles feared he'd be suspected of turning on his co-defendants because of the apparent leniency of his sentence.

At the other end of the scale, senior mobsters in the prison like Gambino crime family bigwig John Carneglia enjoyed universal respect. 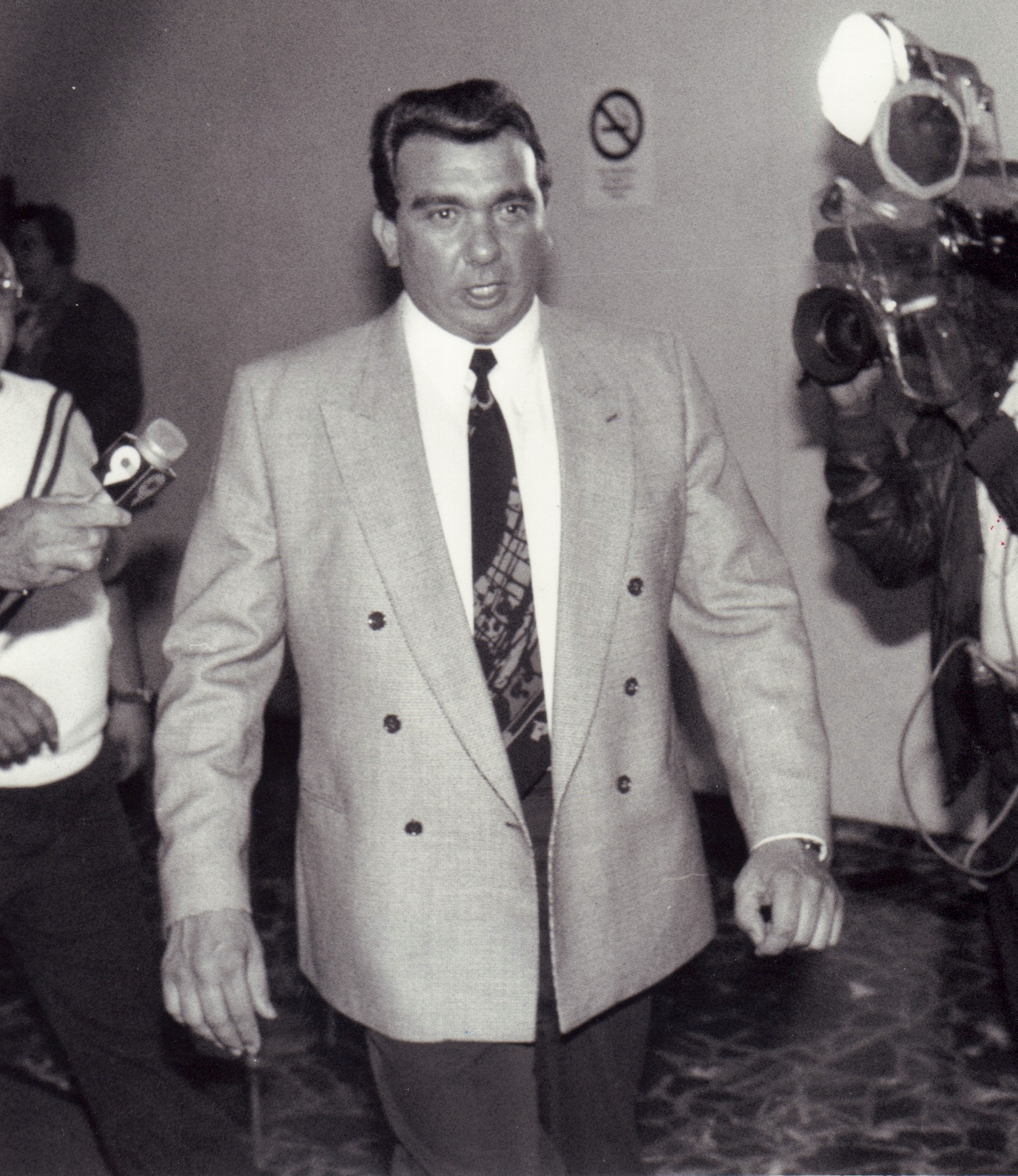 Which made it somewhat unnerving when Carneglia quizzed Giles in the microwave room about which jobs his son should apply to in order to make it on Wall Street.

Giles even heard of one Mafioso enlisting the help of a guard in an elaborate scheme to get his girlfriend on the outside pregnant.

“Apparently one of the guards procured a squash ball and cut a slit in it,” Giles says.

“The ball – and some time alone – was given to Mr Mafia, and then one of the guards rushed out with it to the girlfriend, who was waiting in her car at the front of the prison.

The more you have on the outside, the worse it is to be inside

“She then used a syringe to impregnate herself.”

Due to the complexities of his own case, when people asked Giles what he was in for, he'd just tell them he'd stolen $7million from a bank.

The typical reaction he'd get was: “Who drove the car?”

'Their victim was barely moving'

Navigating the suspicions of his fellow inmates was only a small part of the difficulties Giles faced behind bars.

He took up a job working in the prison's laundry to keep busy, initially earning $13.10 for a month's work – $4 of which was a bonus for “a good job folding”.

But there was no getting away from the excruciating feelings of how much he was missing his family. 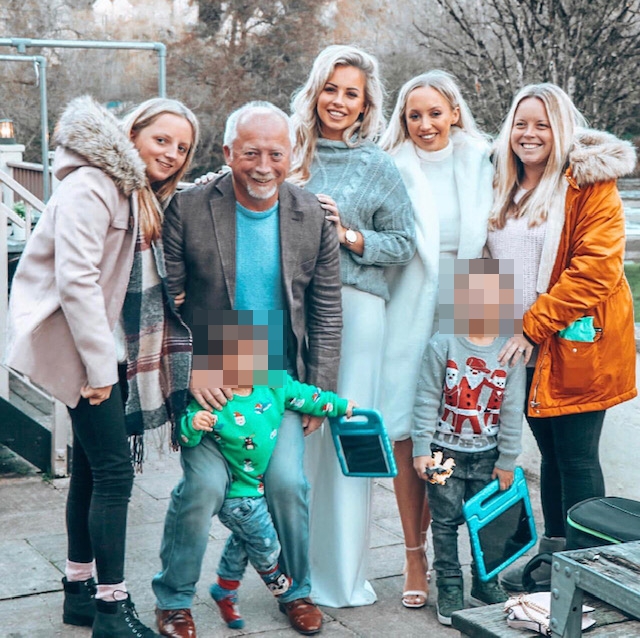 One particularly agonising reminder came near the beginning of his sentence in 2008 on the 18th birthday of his daughter, Lucy.

“I phoned her to wish her a happy birthday and I actually couldn’t speak,” Giles says.

“She was going: ‘Dad? Dad?’ I could hear her speaking but I literally couldn’t talk.

“I was so emotional, so choked up that I wasn’t with her. It was horrible.”

It was also early in his sentence that he witnessed a shocking case of brutal prison justice.

A thief in Giles' unit had been advised to take himself to solitary for his own protection after he was caught breaking into other prisoners' lockers, but he refused.

Later, Giles was sitting in the wing's TV room when he noticed inmates blocking the room's exits – as others set about beating the thief to a pulp.

“We all watched, in silence, as blood streamed from the thief’s face and pooled on the floor,” Giles says.

“I was worried that they were going to kill him, but I knew there was no intervening. By the time the gang decided enough was enough, their victim was barely moving.”

After seven months in Allenwood, Giles couldn't wait to come back to serve the rest of his sentence in Britain.

He was moved between several prisons in the UK and was on probation until April 2010. 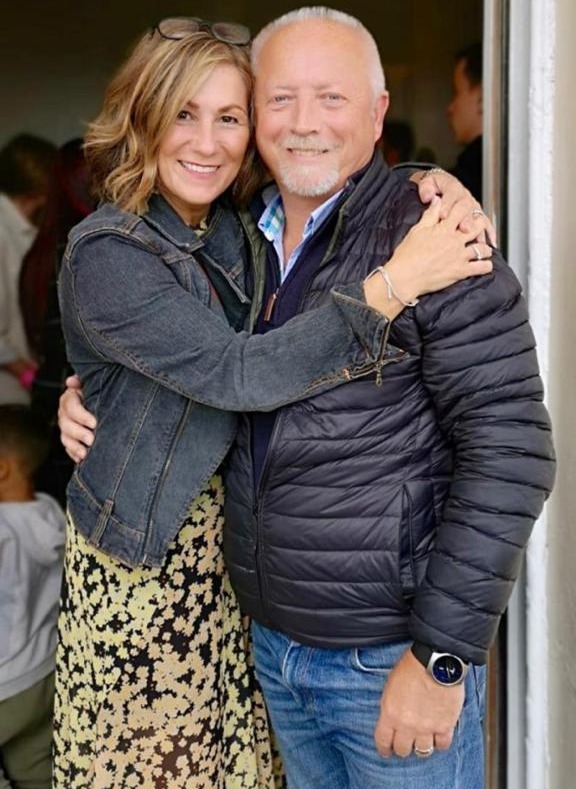 In the years since, he reconnected with an old friend, Lisa, to whom he is now happily married.

And in 2013 he got into the pub trade, with he and his business partners owning 13 sites across south Wales.

We’ve picked ourselves up and we’ve got back on with it, and we’ve rebuilt our lives

With his family in and around Bath, Giles now says he never takes his liberty, or his loved ones, for granted.

“We had a catastrophic life event in our family,” he says.

“It’s catastrophic. It almost destroyed everything that we had at that time.

“But we’ve picked ourselves up and we’ve got back on with it, and we’ve rebuilt our lives.

“We now have a very, very happy, lovely family group and lifestyle and we’re very lucky.”

Inside Allenwood: Money, Mobsters And Enron, by Giles Darby and George Harrison, is published by Quiller