A YOUNG woman was forced to have her leg amputated after a hot tub party left her battling deadly meningitis.

Lauren Briggs woke up at her friend's house unable to breathe in January after spending the evening having fun with pals in a hot tub. 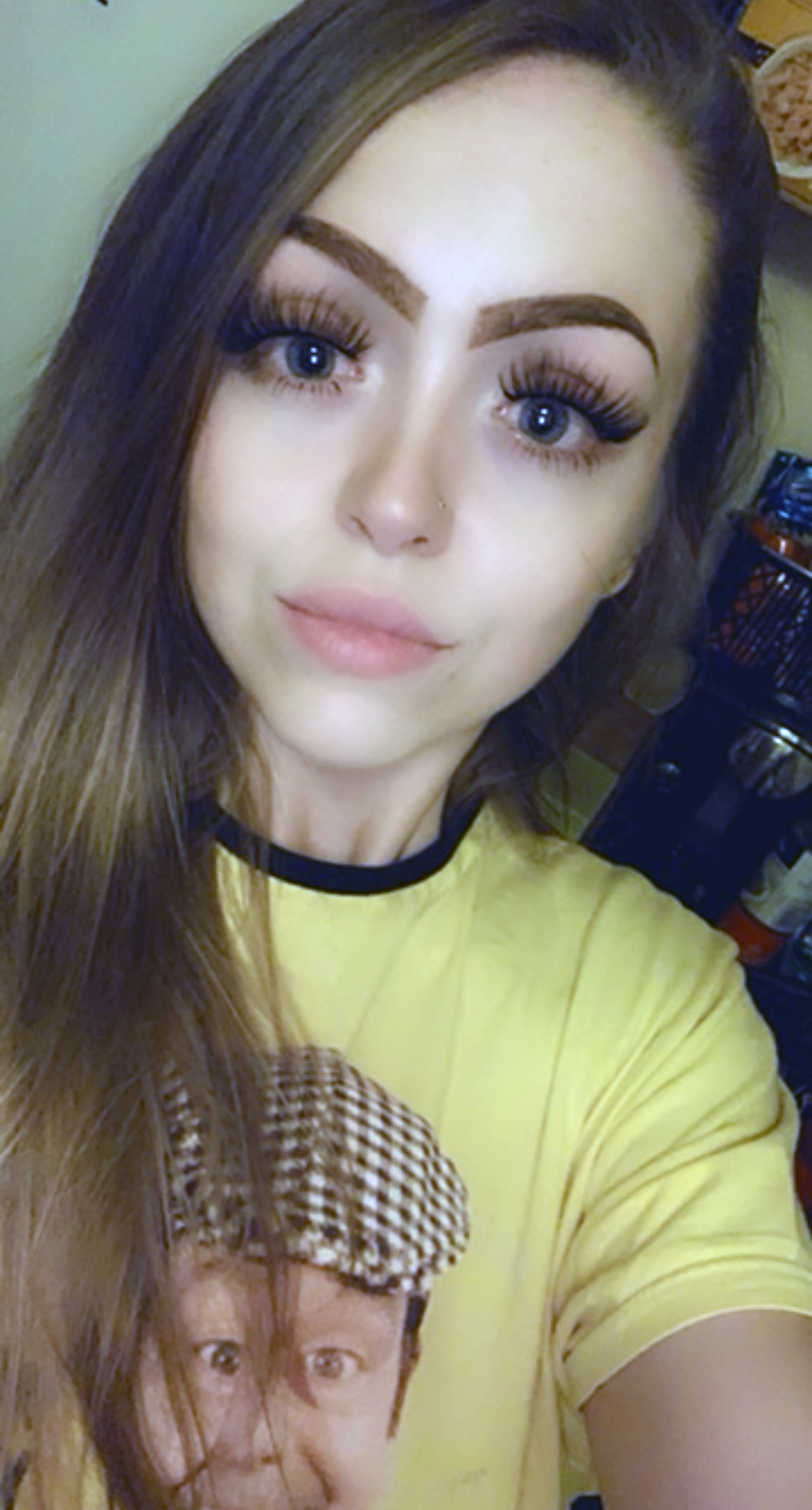 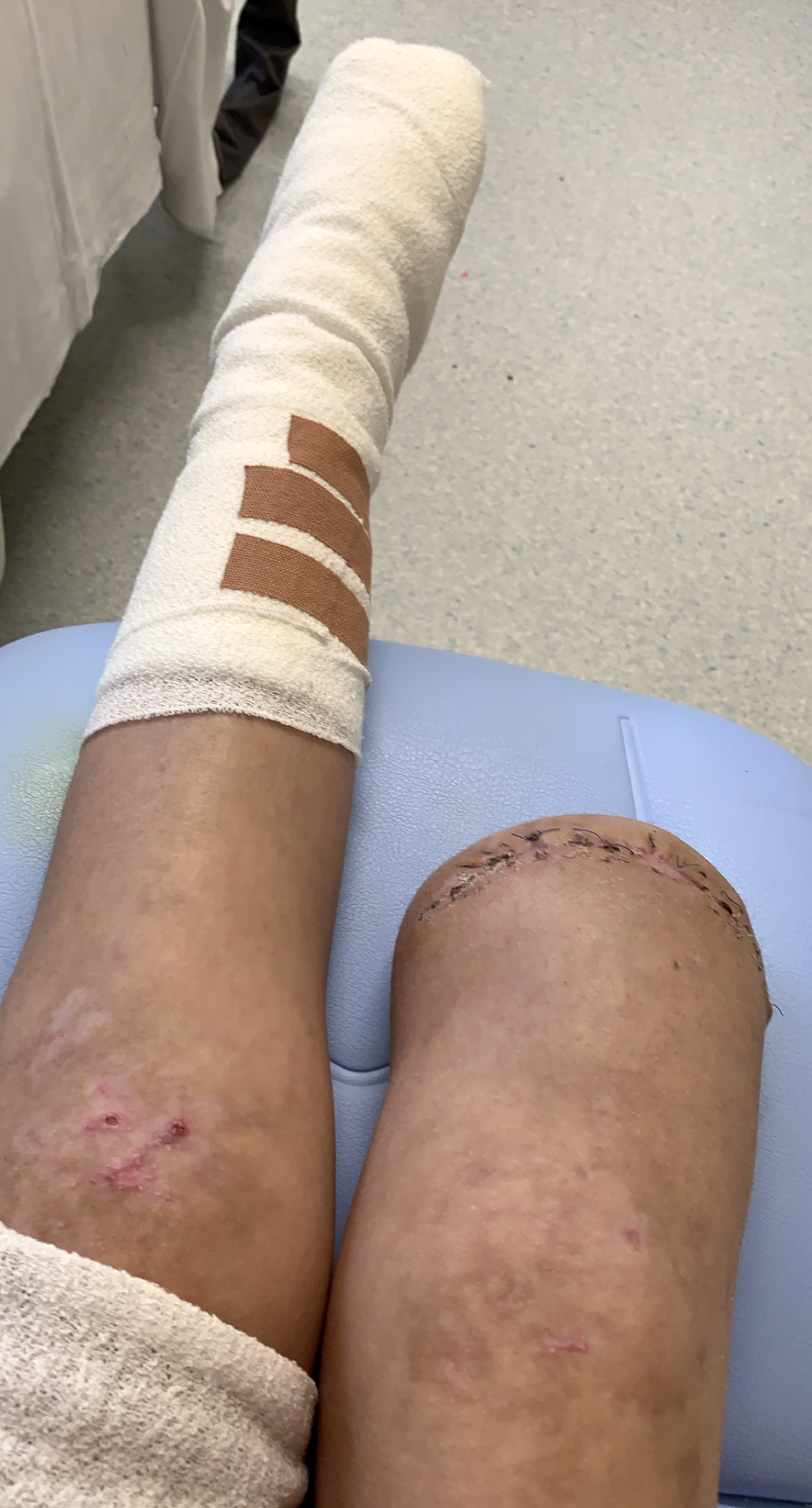 The 25-year-old was rushed to hospital thanks to her quick thinking friend, where she was diagnosed with meningococcal septicaemia – a life threatening blood infection.

After doctors battled to save her life, Lauren, from Corringham, Essex had to undergo an amputation of her right leg below the knee and her toes on her left leg – leaving her wheelchair bound.

Lauren was shocked to learn that the hot tub could have been the cause of her infection after doctors explained it was the likely cause.

Lauren explained that doctors told her she may have got the infection through a small cut she had on her foot.

She said: "Hot tubs are filled with bacteria so it's likely that could have been the cause.

"I went to sleep that night feeling a bit nauseous but my friend found me in the early hours of the next morning gasping for breath on the floor.

"The next thing I remember is waking up in the hospital wondering what was going on.

"I was put on life support and was completely dependent on the machines for 48 hours." 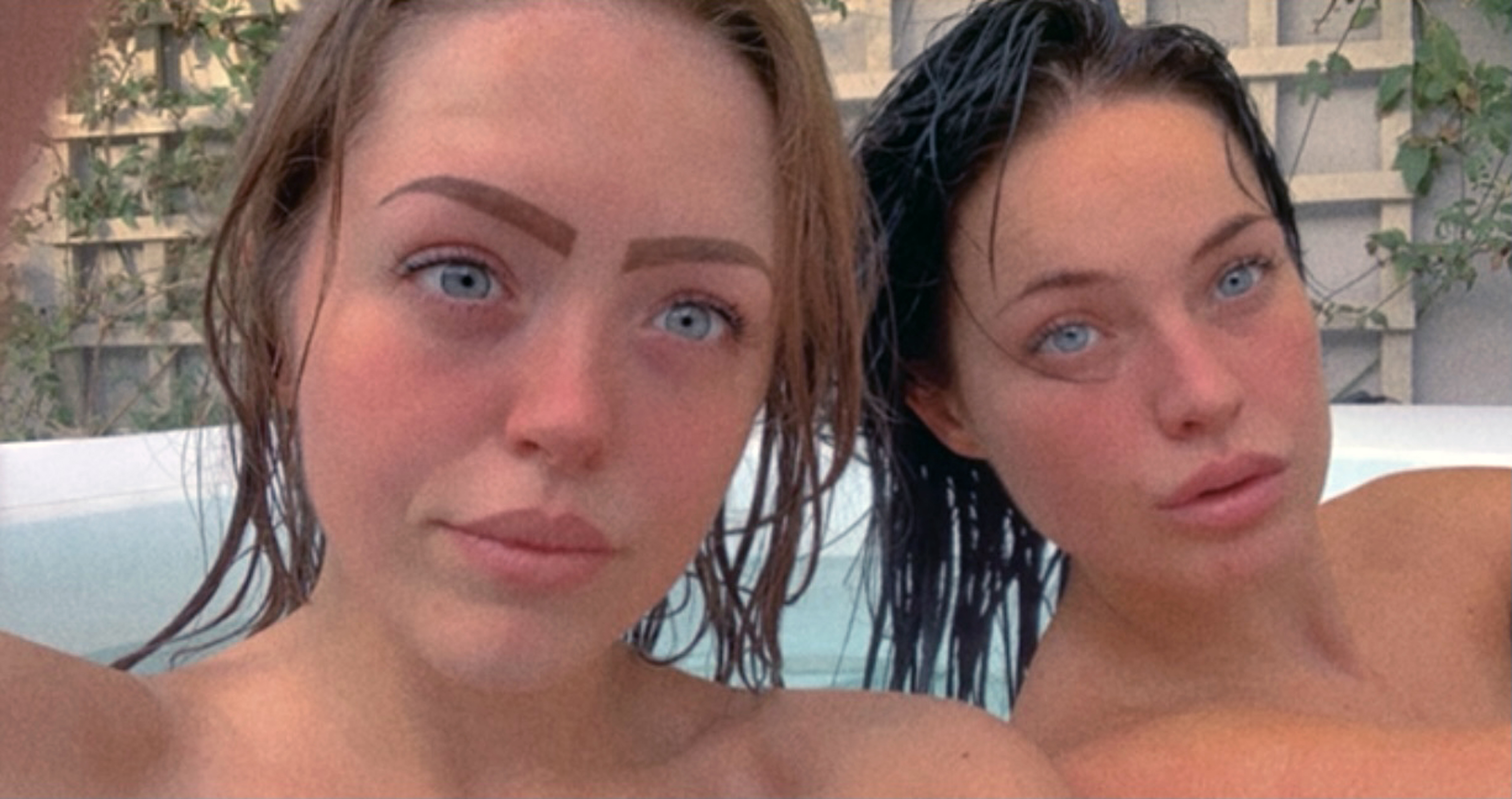 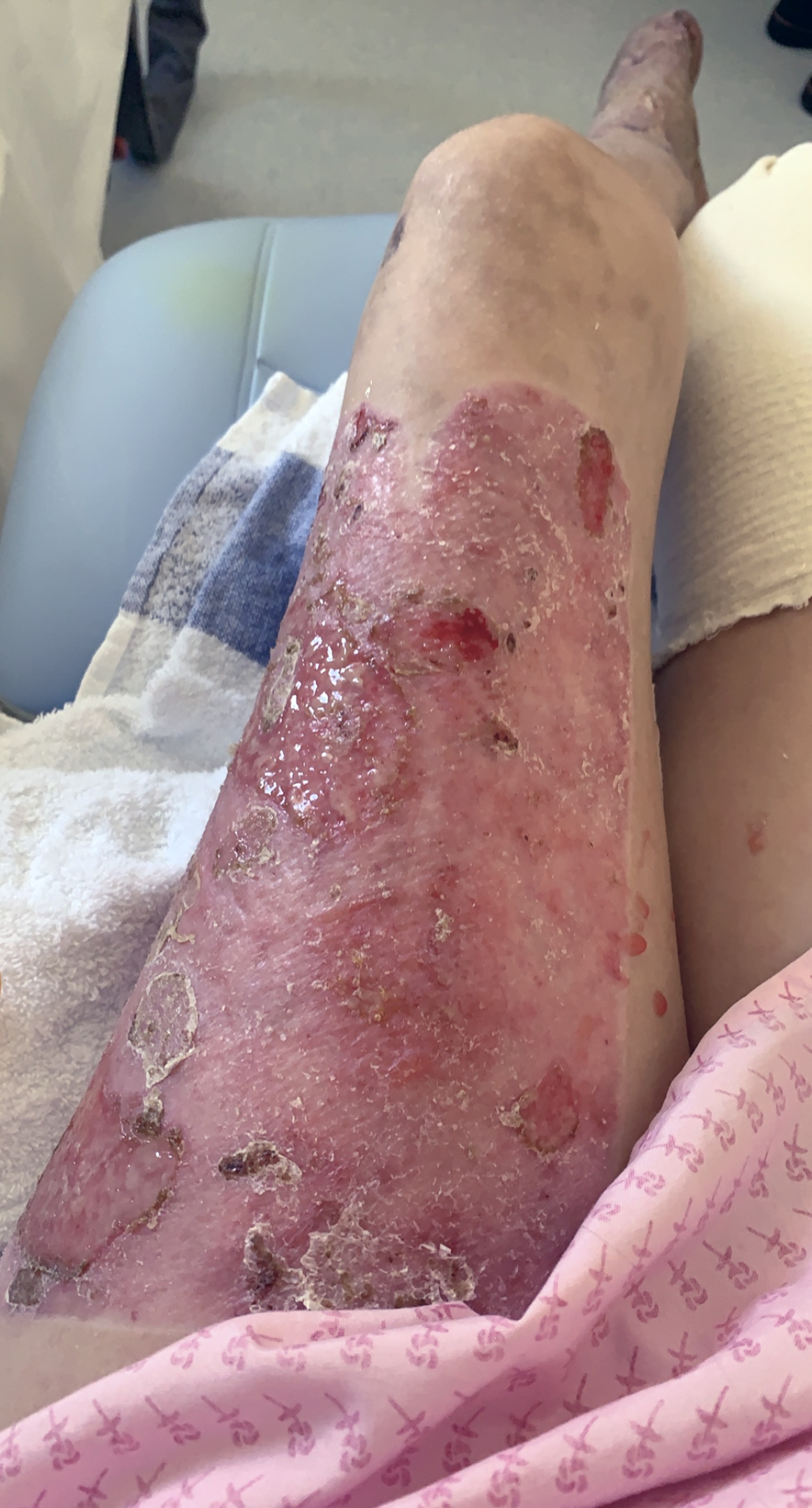 Doctors had to do multiple skin grafts from her left thigh to rebuild her feet.

Lauren added: "In the end, they couldn't save my right leg or toes and they had to be amputated to save my life".

Lauren's mum Tracey said she went straight to the hospital after she found out what had happened.

The 58-year-old said she didn't even recognise her own daughter when she arrived because she was so swollen and blue.

Tracey said: "I thought they had taken me to the wrong window; when I saw her I fell to the floor and begged God to save her and not to let her go.

"She's my only child – she's my baby and doctors told me it was unlikely she would survive longer than 48 hours. 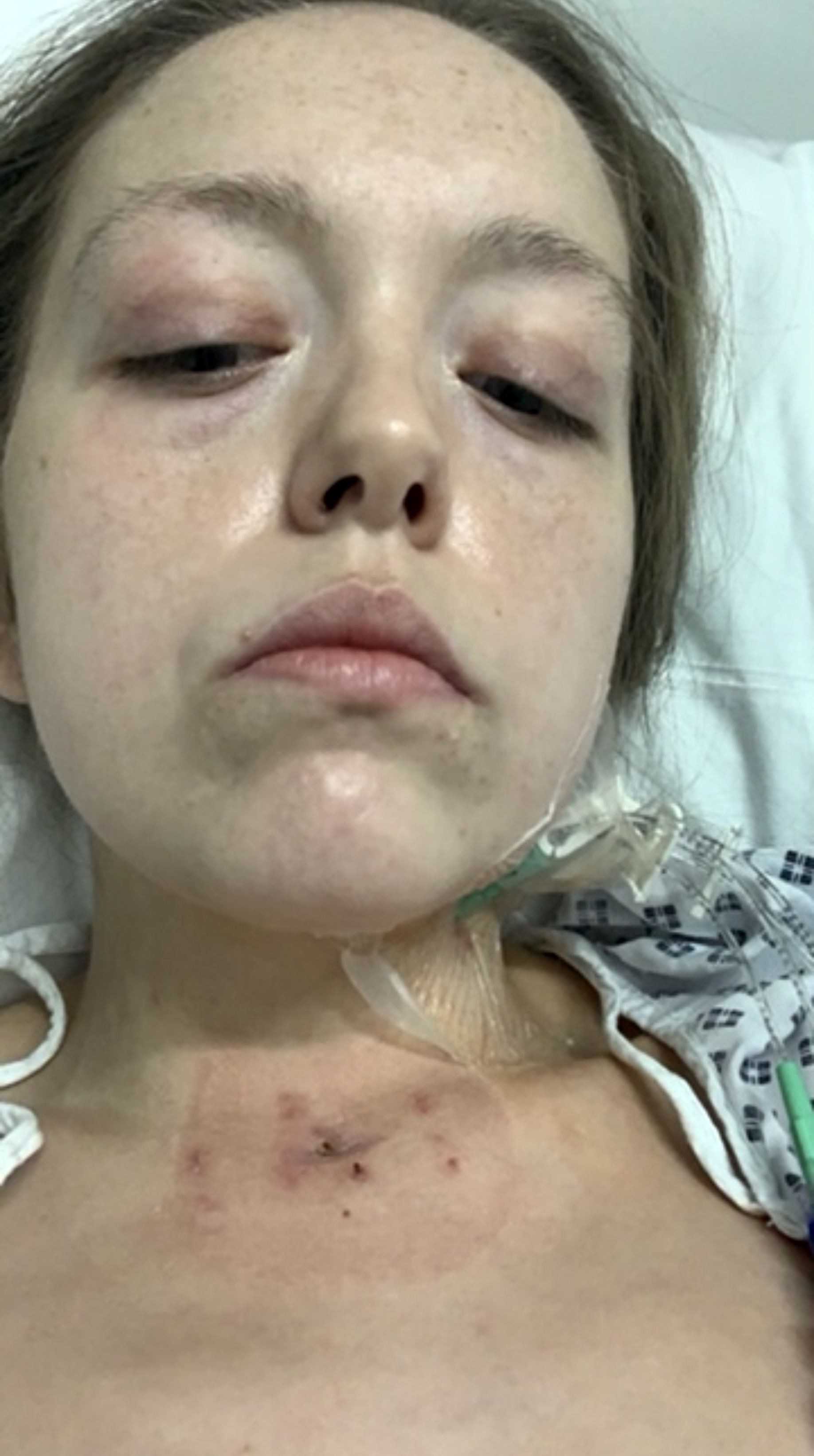 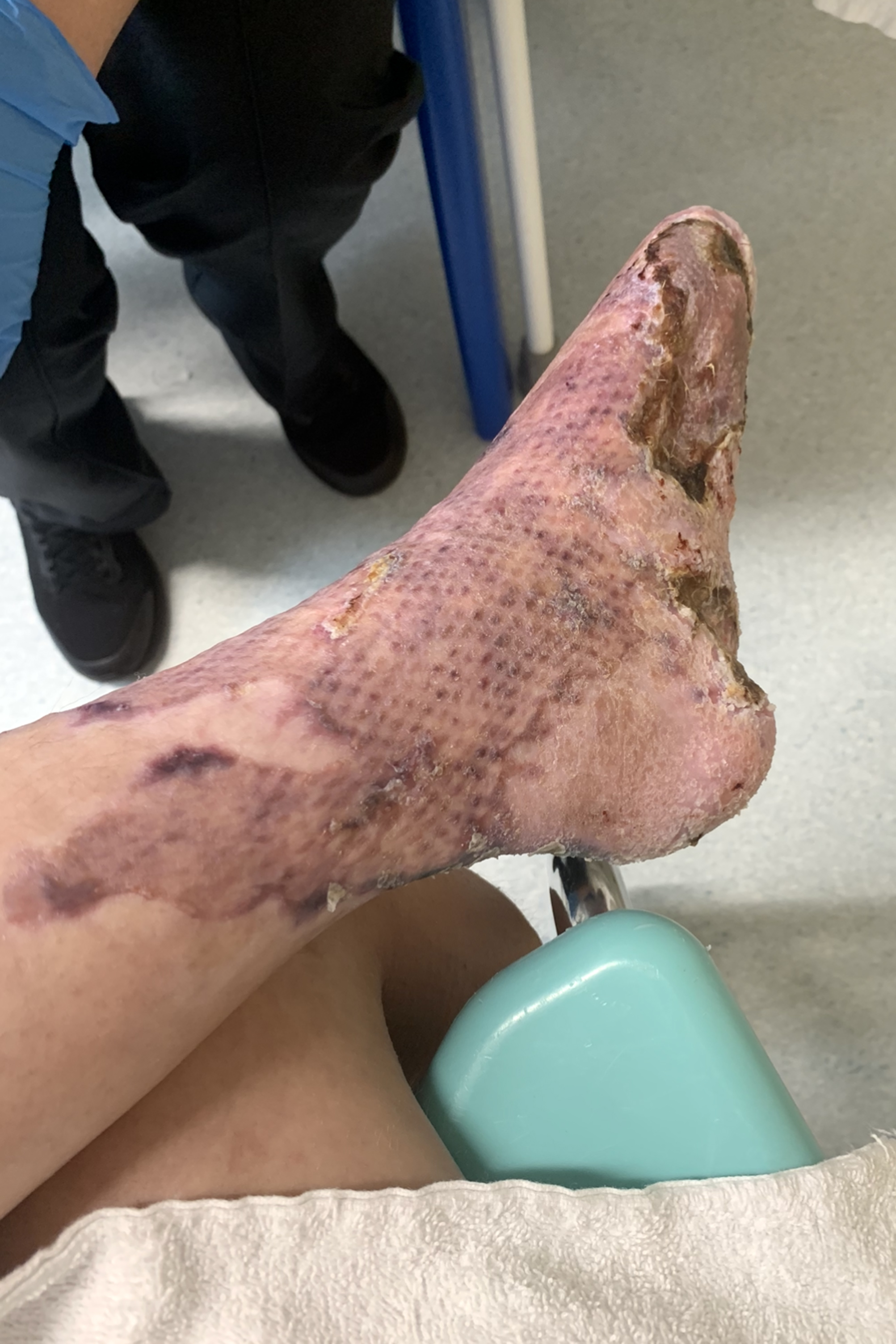 "They would regularly take Lauren down to theatre to clean the feet up and check everything and on this one particular day, she was in there all day and I knew something must have been happening.

"When I found out about the amputations, I dropped down on the floor again because I knew how this would impact her quality of life."

Lauren was discharged on April 30 and her life is now completely different.

Her mum added: "It used to be just the two of us living together but now she has to stay in specialist accommodation that can cater for her wheelchair".

Lauren is now fundraising after being left unable to work due to her condition.

Before contracting meningitis, Lauren worked as a receptionist at a GP surgery but has now been left with a speech impairment.

Lauren said: "I had no idea about the amputations because I felt like I still had both my feet – I lifted the covers up and saw and was devastated.

"I'm currently staying in a mother and baby hostel because they couldn't find anywhere else for me to stay. 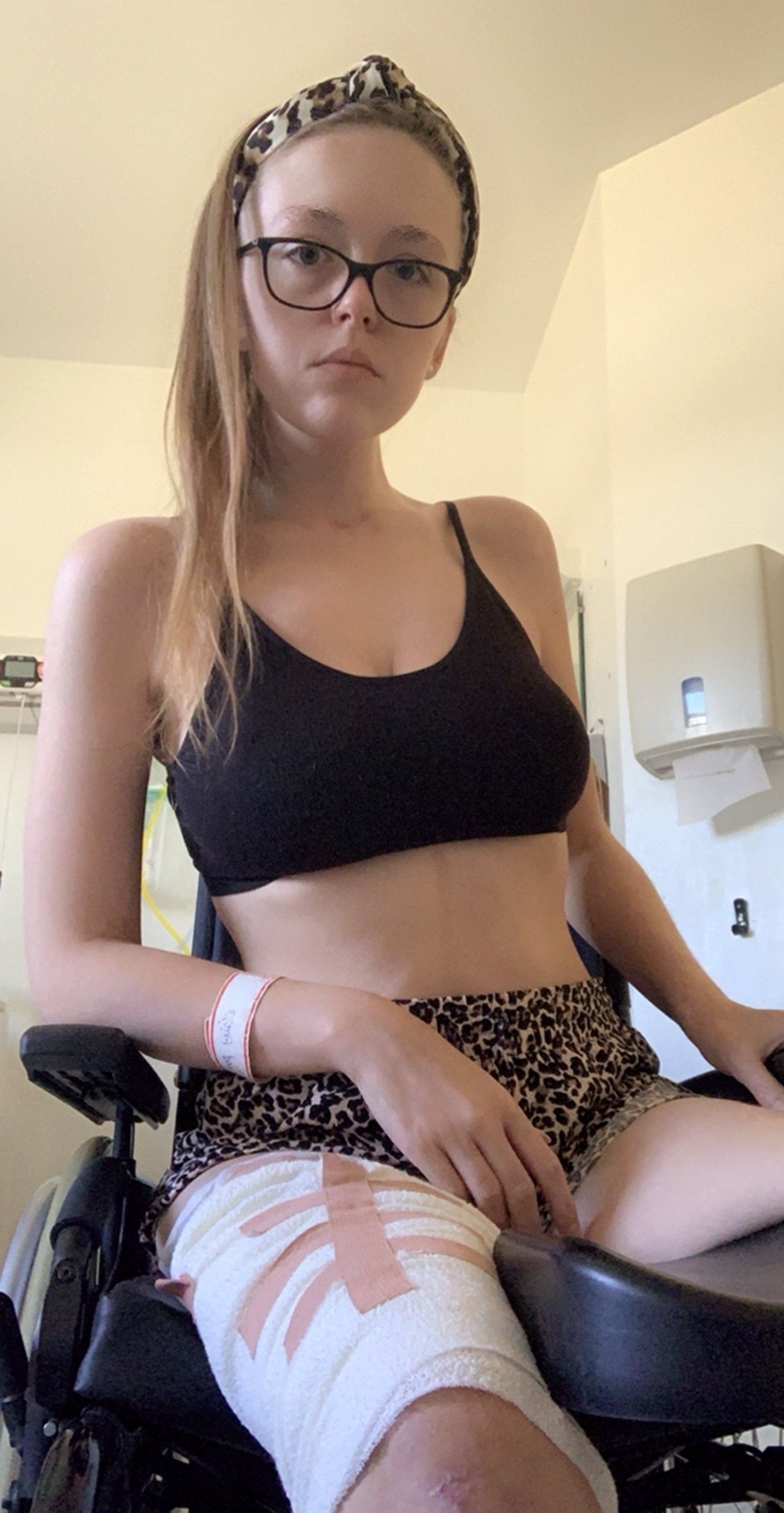 Meningitis can affect anyone, but is most common in babies, young children, teenagers and young adults.

Meningitis is the inflammation of the membranes that surround and protect the brain and spinal cord and can be caused by meningococcal bacteria and viral meningitis.

If it is not treated quickly, meningitis can cause life-threatening septicaemia (blood poisoning) and result in permanent damage to the brain or nerves.

The two forms of the disease have different symptoms.

Around 3,200 people a year get bacterial meningitis. One in 10 die and many more are left with life-changing disabilities.

Viral forms of meningitis are less common and rarely life-threatening, but can have lifelong effects.

The symptoms of meningitis develop suddenly and include:

"I just want to live a life as normal as possible; I haven't even got a prosthetic leg yet.

"I was always on the go before this, hardly ever sitting down and now I have to rely on people to do anything.

"It feels like I'm trapped inside my own body and I just want to get out.

"It has affected my mental health drastically; my life has been turned upside down", she added.