Home » World News » Idaho teacher who disarmed student in shooting that injured 3: ‘I love my students so much’

Idaho teacher who disarmed student in shooting that injured 3: ‘I love my students so much’

The Idaho middle school teacher who disarmed a sixth-grader who shot two students and a custodian Thursday said she loves “my students so much” and was “touched by all the incredible outpouring of love” while being hailed as a hero.

Krista Turnblom Gneiting was inside Rigby Middle School when she subdued the student who pulled a gun out of her backpack and opened fire just after 9 a.m.

Since the incident, she’s been hailed as a hero for her actions. Hours after the shooting, Gneiting went on Facebook to express her thanks to everyone.

“My heart is touched by all the incredible outpouring of love I’ve received. Thank you,” she wrote in a local Facebook group. “I don’t want money, I just appreciate the incredible support of Rigby!!!” 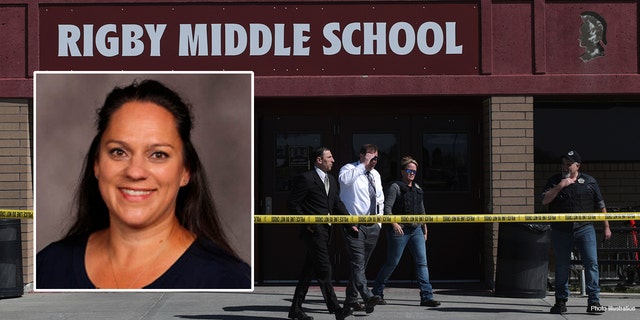 Krista Gneiting, right, has been identified as the teacher who stopped a sixth-grade student from further opening fire at Rigby Middle School in Rigby, Idaho on Thursday. (AP/Jefferson County School District 251)

“I love my students so much! It is why I teach!!” she added. “They make my heart happy every every day!!!! All of the staff at Rigby did their part and kept our wonderful children safe! Thank you! I love you all and we will get through this together.”

Authorities said Gneiting took the handgun away from the unidentified student, who was not in her class, and held her until law enforcement arrived. The chaos began in a hallway where two people were shot and moved outside where the third victim was struck.

All three were shot in their extremities and expected to survive, officials said Thursday. The custodian was treated and released from a hospital hours after the shooting.

Gneiting did not immediately respond to messages from Fox News.

An investigation into the shooting is ongoing and no motive has been disclosed. All schools in the Jefferson County School District were closed Friday.

Gneiting’s father, Dean Turnblom, told Fox News that his daughter felt like there was an “angel on my shoulder that was telling me what to say and what to do.” 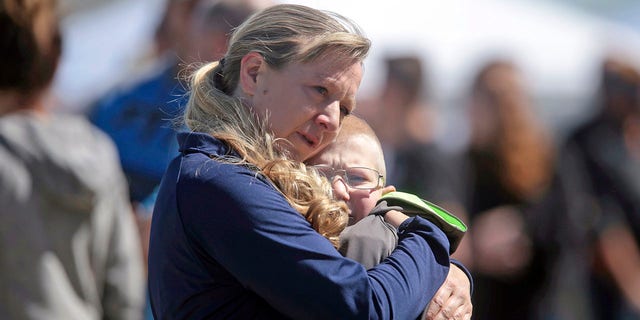 He said her classroom was located 20 to 30 feet from the door leading out of the school and  “decided that since the shooting had sounded like it was down the hallway … to let her kids get out of the room and run out through that door and get out to the high school.”

“She is a pretty tough character,” Turnblom said. “She was scared to death during it, but she is not a wimpy little gal. She is a tough turkey.”