IKEA has apologised after bosses inadvertently filmed staff using bathrooms at work after they installed CCTV above the toilets.

The furniture giant today published findings of a probe into surveillance cameras placed above 10 bathrooms at a distribution centre in Peterborough.

But the investigation revealed that two cameras became dislodged and accidentally filmed communal areas in both a female and male bathroom.

No footage was captured of toilet cubicles. 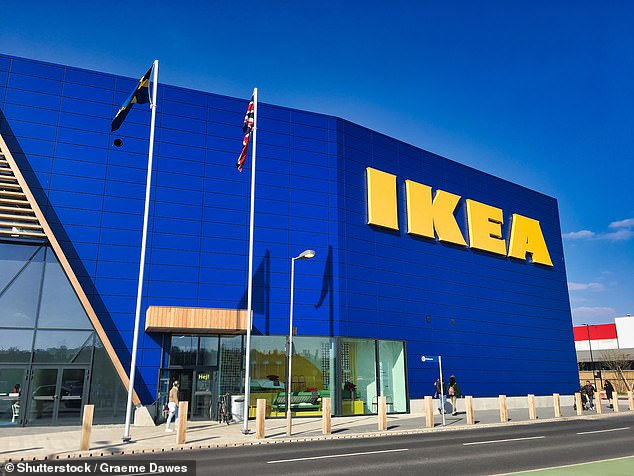 IKEA has apologised for bosses accidentally filming staff using bathrooms at work after they installed CCTV above the toilets to monitor alleged drug use at their site in Peterborough in 2015. Pictured: IKEA distribution centre in Peterborough

An IKEA spokesperson said: ‘Whilst the intention at the time was to ensure the health and safety of co-workers, we understand the fact that colleagues were filmed unknowingly in these circumstances will have caused real concern; and for this we are sincerely sorry.’

The cameras were operational until July 2017 and were not recording when staff found them last September, the investigation said.

It added that no CCTV was recorded in toilet cubicles and that footage showing staff in bathrooms was only seen during the independent investigation.

An IKEA spokesperson added: ‘Their [the cameras’] installation followed serious concerns about the use of drugs onsite, which, owing to the nature of work carried out at the site, could have very serious consequences for the safety of our co-workers.

‘The cameras placed within the voids were positioned only to record irregular activity in the ceiling voids.

‘They were not intended to, and did not, record footage in the toilet cubicles themselves. However, as a*result of ceiling tiles becoming dislodged, two cameras inadvertently recorded footage of the communal areas of two bathrooms for a period of time in 2017.

‘The footage was not viewed at the time and was only recovered as part of these investigations.’

IKEA said it had passed the report’s findings onto the Information Commissioner’s Office, the UK regulator for data privacy.