WORLD leaders have sent their congratulations to Joe Biden as he was sworn in on Capitol Hill.

As the 46th President of the United States was taking the oath of office, warm messages came in from across the globe with Europe saying "the US is back". 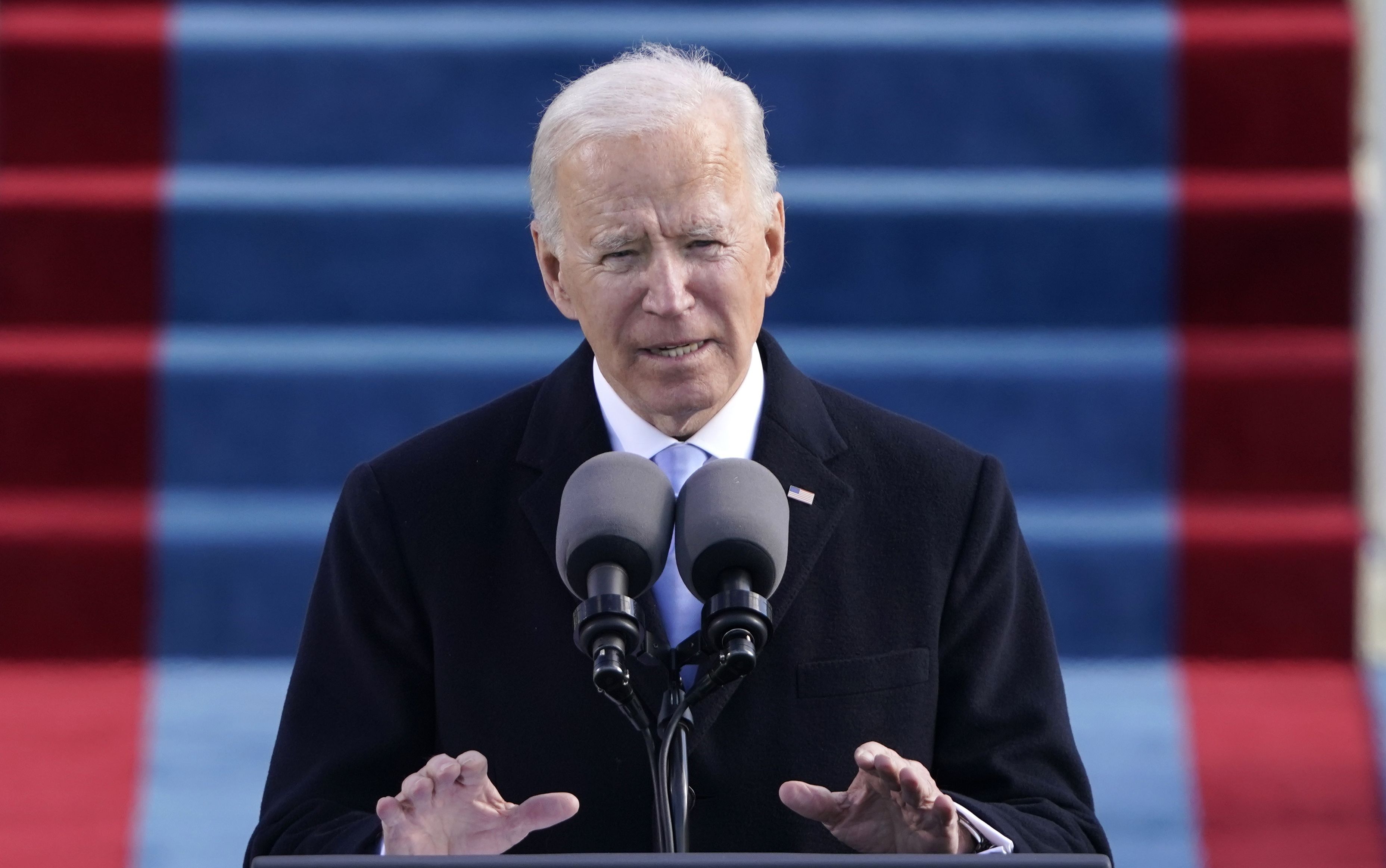 The leaders of close allies of the United States – the UK, Israel and Canada – all sent messages, though the Russian and Chinese presidents have yet to react.

European leaders appeared relieved the their sometimes fraught relationship with Donald Trump was over.

She continued: “And Europe stands ready. To reconnect with an old and trusted partner, to breathe new life into our cherished alliance. I look forward to working together with @JoeBiden."

He said America's leadership is "vital" to the rest of the world, from tackling the climate crisis to the coronavirus pandemic.

Mr Johnson tweeted: "Congratulations to @JoeBiden on being sworn in as President of the United States and to @KamalaHarris on her historic inauguration.

"America's leadership is vital on the issues that matter to us all, from climate change to COVID, and I look forward to working with President Biden."

“Our two countries have tackled some of history’s greatest challenges together – and I’m looking forward to continuing this partnership with you,” the Canadian Prime Minister tweeted.

Israeli Prime Minister Benjamin Netanyahu sent his congratulations to Biden and Harris an “on your historic inauguration” and talked about his friendship with the new President.

“President Biden, you and I have had a warm personal friendship going back many decades,” he said. 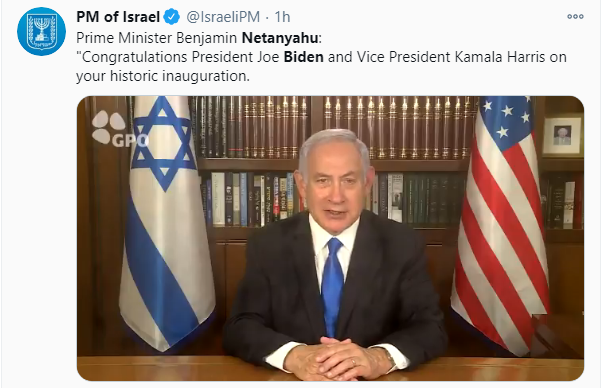 “I look forward to working with you to further strengthen the US-Israel alliance, to continue expanding peace between Israel and the Arab world, and to confront common challenges, chief among them the threat posed by Iran."

India’s Prime Minister Narendra Modi said: “My warmest congratulations to @JoeBiden on his assumption of office as President of the United States of America.

“I look forward to working with him to strengthen India-US strategic partnership.” 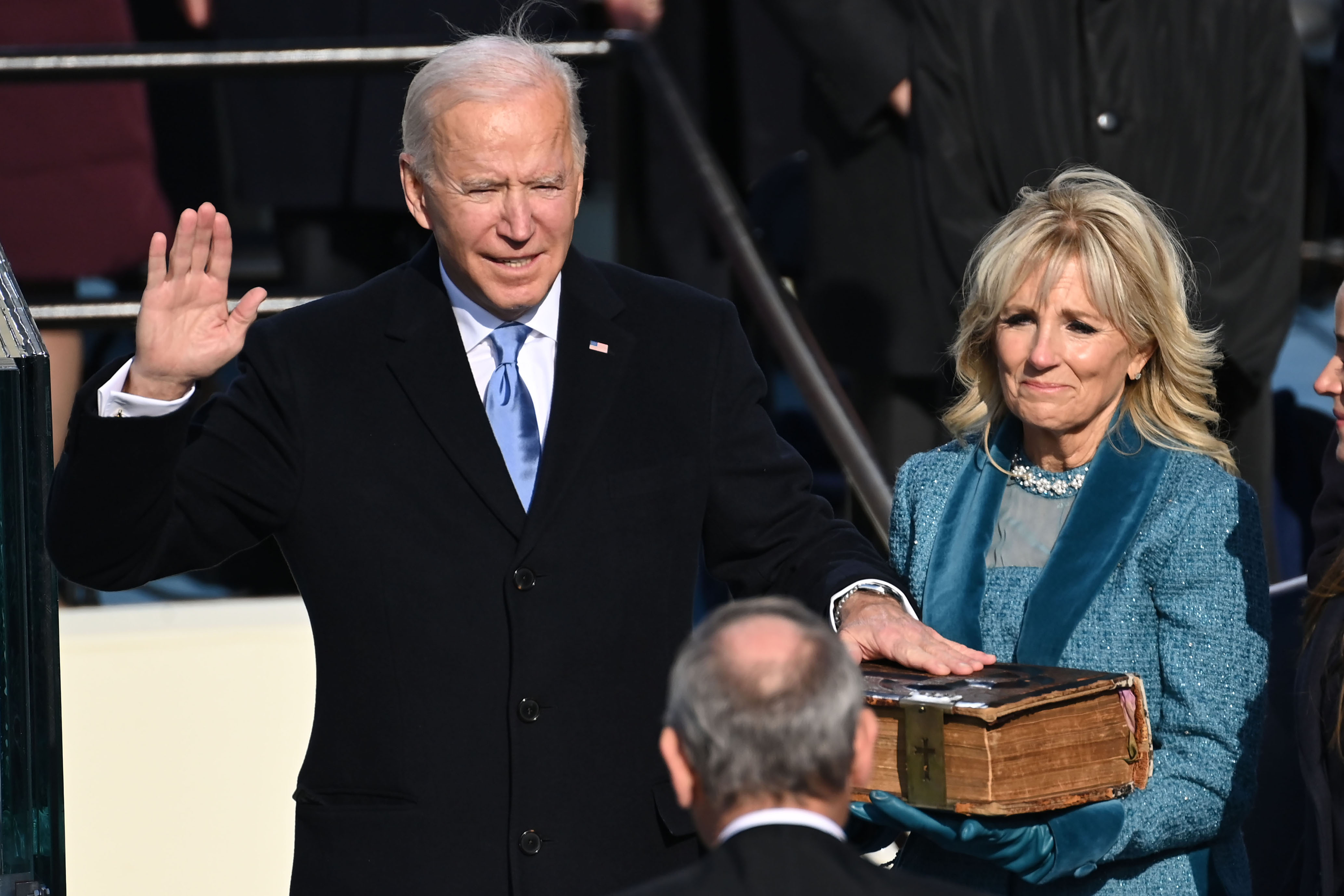 While Xi Jinping has yet to send any message of congratulations, China’s official media expressed in forceful terms what they thought of the outgoing President.

Kremlin spokesperson Dmitry Peskov phoned into a press briefing to say that he did not foresee a change in the U.S.-Russia relationship.

"Nothing will change for Russia. Russia will continue to live just the way it has lived for hundreds of years, seeking good relations with the U.S.," he  said.

"Whether Washington has reciprocal political will for that will depend on Mr. Biden and his team."