An ‘infantile’ yob who stole a police officer’s bike while defying lockdown has been let off with just a slap on the wrist after a humiliating video went viral around the world.

Hassan Ali was one of up to 30 men seen gathering for a rule-defying game of cricket on Godolphin Playing Fields in Slough on May 4.

Ali, 23, went viral after he was filmed stealing a bike belonging to PCSO William Jones, who had been called to try and move the group of men along.

Footage from the incident, men could be heard ‘Daddy pig says go home, and ‘we are making you cry,’ at the officer, who eventually called for backup.

Reading Magistrates Court heard the incident caused ‘humiliation and embarassment,’ for the officer.

Condemning the footage, District Judge Samuel Goozee said today: ‘The only person, in my view, who should be humiliated and embarrassed is yourself. Your behaviour was infantile to say the least.’

Ali was ordered to pay £85 and has been given an overnight curfew as part of a six week community order. 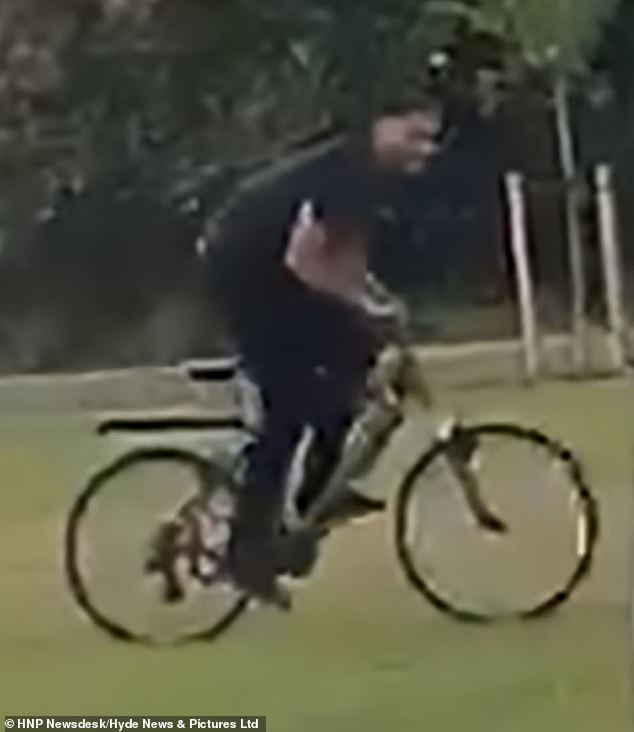 The court heard how Ali, a married father-of-one who admitted to taking a pedal bicycle, was one of two men filmed riding the officer’s bike, though both left it in the park.

Christine Lynas, prosecuting, said: ‘Police were called by two members of the public after that had concerns relating to a group of males playing cricket, breaching the COVID regulations.

‘PCSO Jones attended on a police pedal cycle, dismounted and went to speak to the group of 20 to 30 males aged between 16 and 30 years. PCSO Jones tried to disperse the group, without luck.

‘As he was speaking to them to try to get them to leave the area, one of the males present said to Jones, “He has got your bike”. 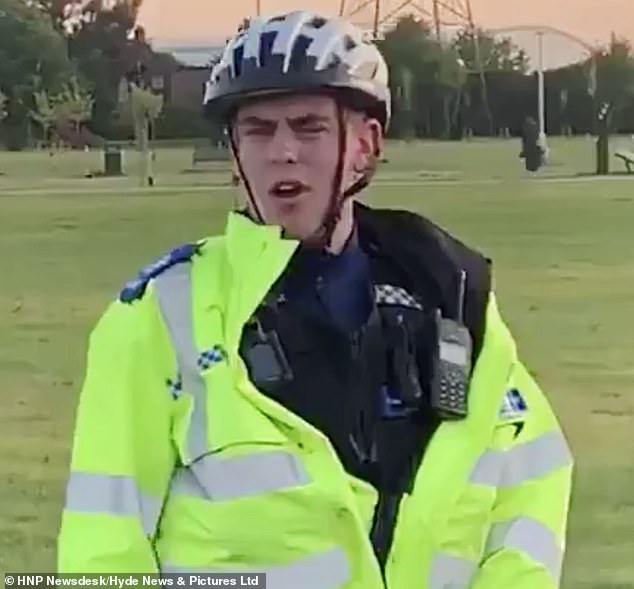 PC William Jones, who was filmed throughout the ordeal, said he felt ‘humiliated and angry by the way I had been treated’

‘As PCSO Jones looked around, a male picked up the officer’s bike and rode it around in circles, causing the rest of the group to cheer, laugh and applaud.’

Ms Lynas added: ‘Officers attended the defendant’s address on May 6 to arrest him.

‘The defendant was getting a haircut from a barber he had invited around to his house. It clearly shows the defendant had continued to flout the regulations that were in place.’

Ali, a VW salesman, admitted to stealing PCSO Jones’ pedal bike and using threatening or abusive or insulting words or behaviour to cause alarm or distress.

He added: ‘They were putting themselves at risk, the wider community as well as not supporting the NHS.

‘Previously when I have approached groups to disperse them, they have dispersed without issue. I realised this group were not going to do this.

‘The group were very intimidating, circling around me. Some of them had cricket bats with them that they could use as weapons.

‘I was worried that the videos would hurt Thames Valley Police’s reputation, as it made me look incompetent. I felt humiliated and angry by the way I had been treated by the group.’ 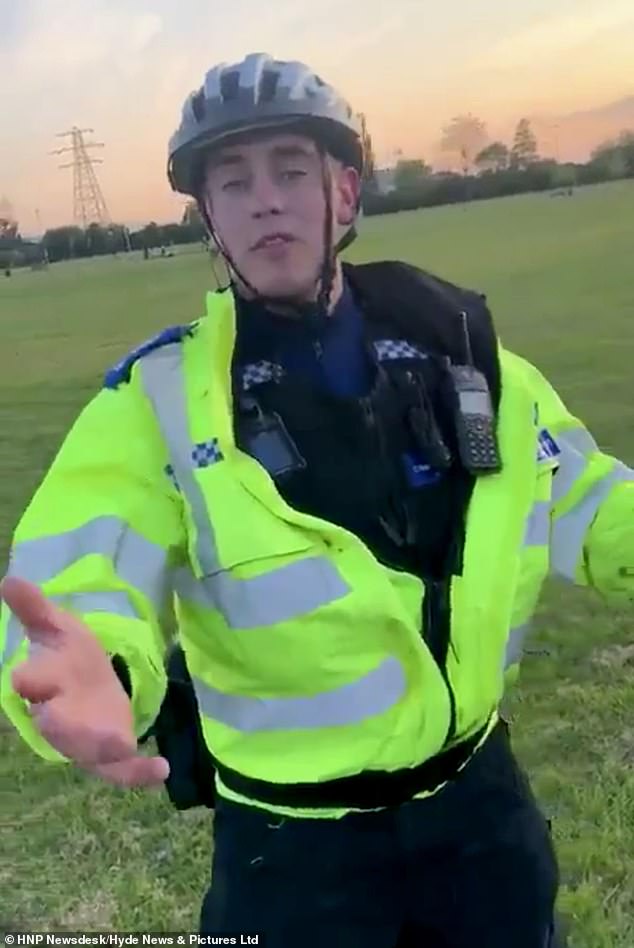 Yobs could be heard shouting ‘Daddy pig says go home, and ‘we are making you cry,’ at PCSO Young, who was trying to break up a gathering during lockdown

Joy Adeniran, defending, said Ali had spontaneously joined the group of men while out on a walk and did know any of them.

She added: ‘He momentarily picked up the bike in jest, albeit in poor taste. There was a second male who was on the bike for a long period of time.

‘Since the video became viral and his name and address being released by the police, he has been subject to public vilification and has received a number of threatening messages and online abuse by social media.

‘He has already been suffering and some might say has had some form of punishment before coming to court today.’

The judge told him: “On May 4 this country was struggling to deal with lockdown. The whole country had restrictions placed upon them and upon their lives.

‘You, on the other hand, despite those restrictions went into the park and joined another group of individuals to take part in an activity which the restrictions in place at the time prohibited you from doing.’

Ali was handed a six-week community order, which includes a curfew to stay home at night, and was ordered to pay prosecution costs of £85 within 28 days.